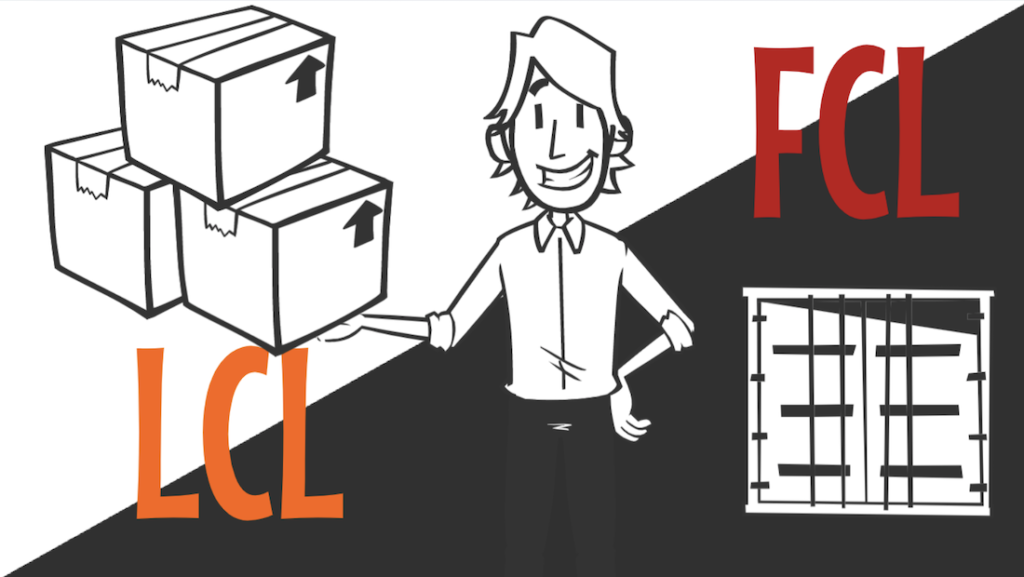 
Today, our theme is the difference between FCL and LCL. Especially, I would like to focus on LCL. 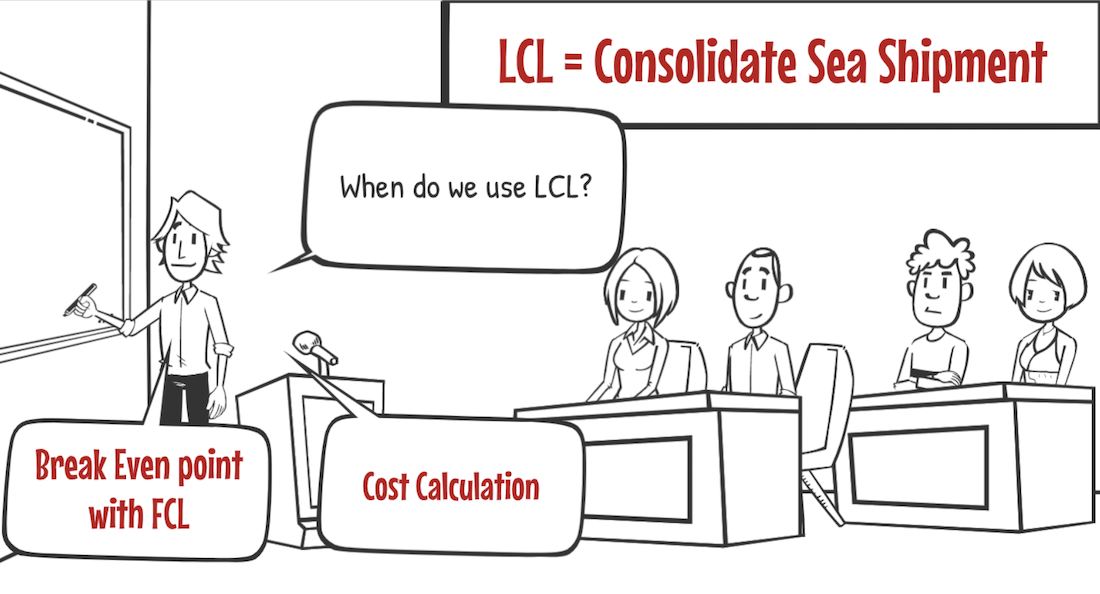 So you have to be careful that the cost calculation of LCL is different from FCL. I also explain how to confirm a break-even point and what the maximum cargo volume is to use LCL to be profitable. 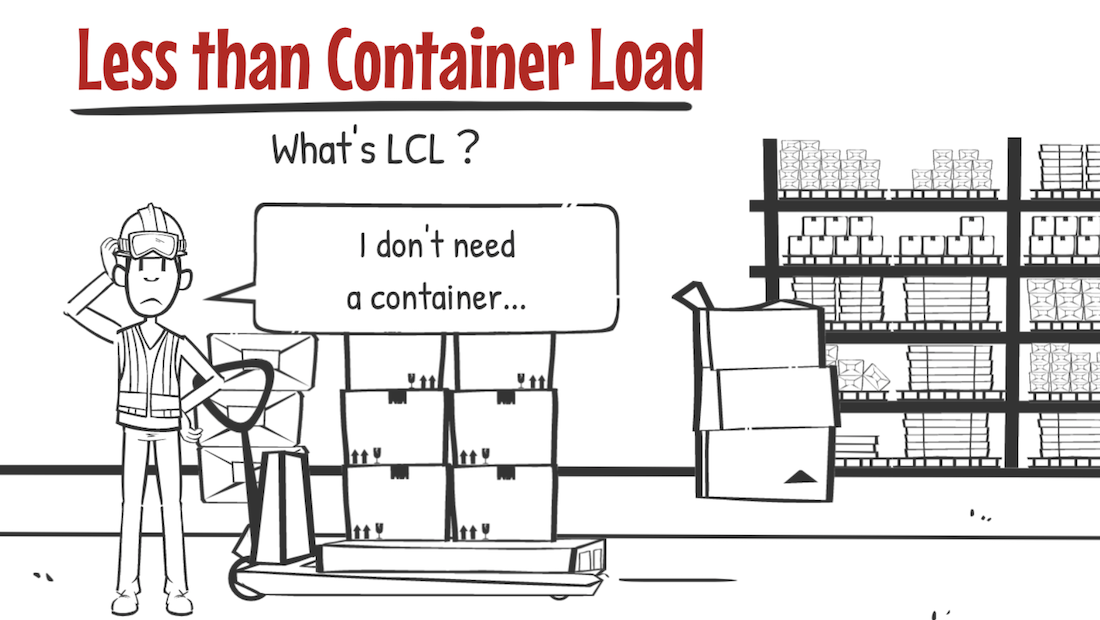 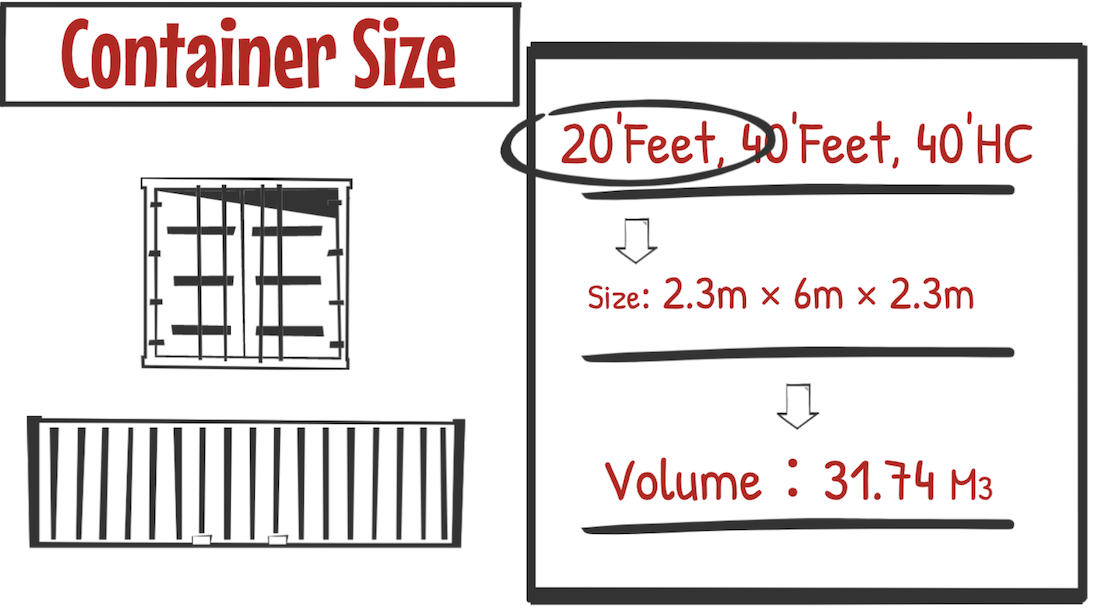 LCL is used to transport a cargo that is less than one container. This container here refers to a 20 foot container. 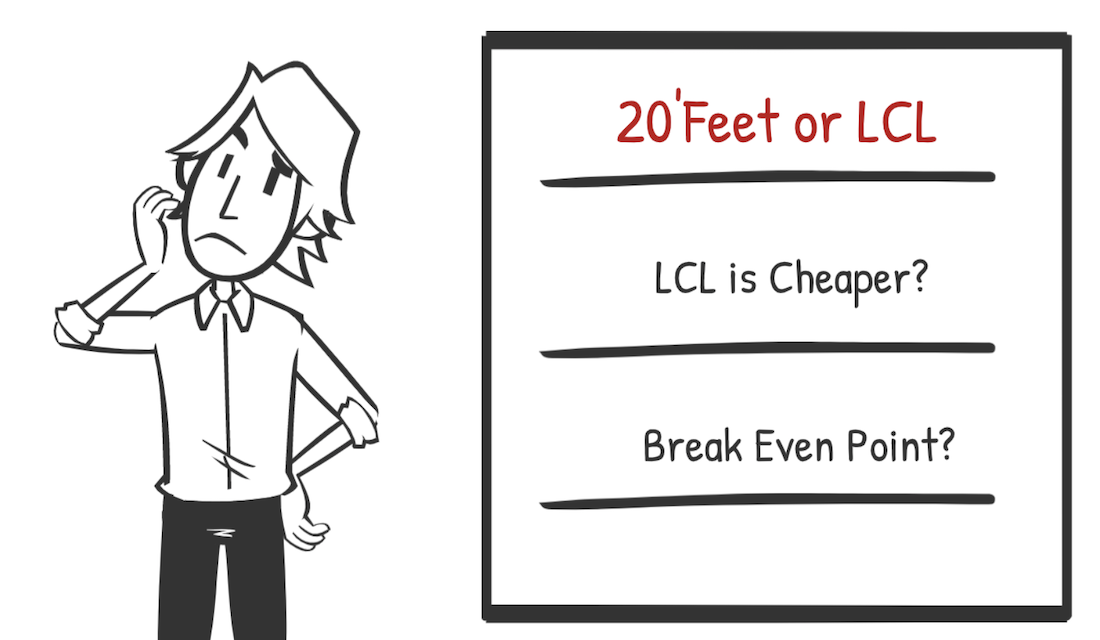 Now you know the amount of cargo that fills up a 20 foot container.
But what about when the cargo volume is half of it?

If the cargo volume is 1m3 only, you would use LCL. However, up to how much should you choose LCL?
And how to calculate the break-even point for 20 foot and LCL? 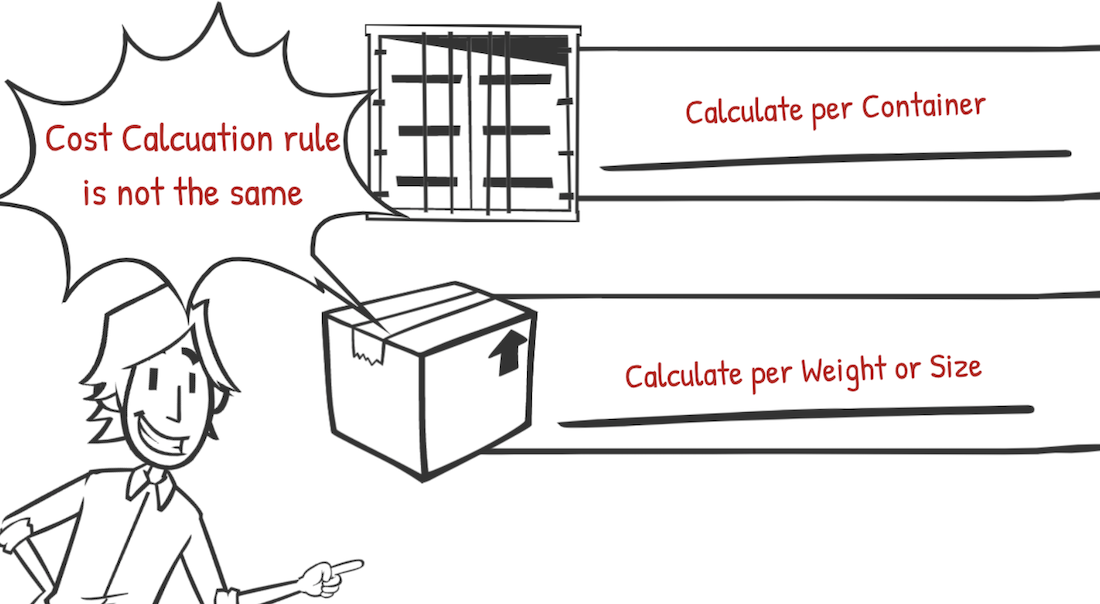 Gross Weight and Volume Weight of the cargo are explained in detail in a separate video. I put the link in the description. 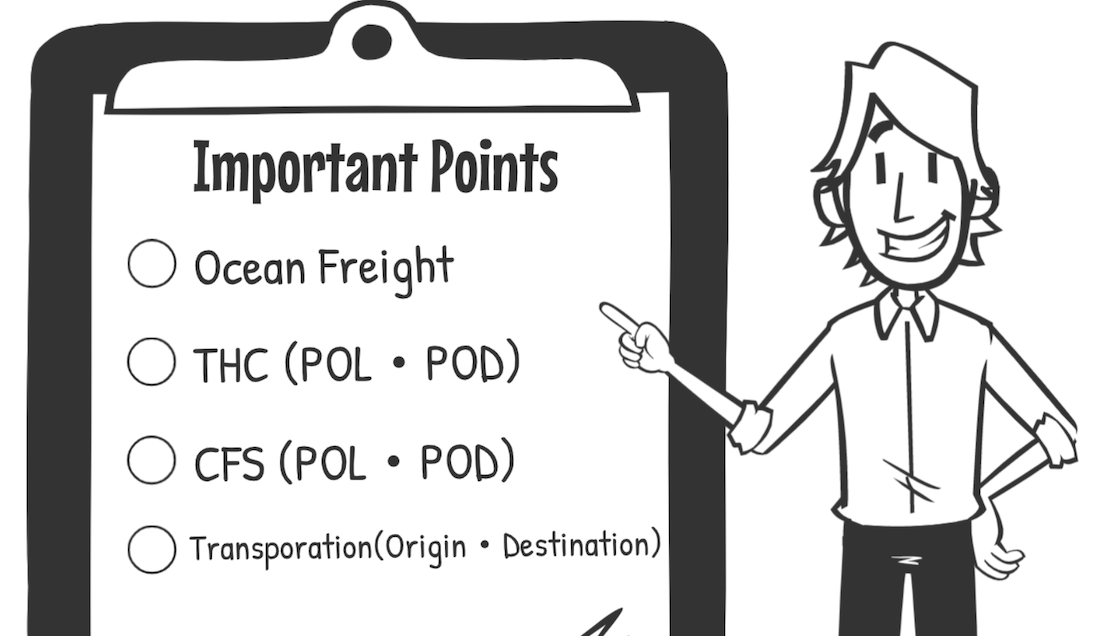 When comparing the cost of FCL and LCL, you need to look at these four points. Look at the four main costs: ocean freight, THC, CFS, and truck costs and then, you will find the difference in cost.

Note here that except ocean freight, you have to check not only loading side, but also unloading side. 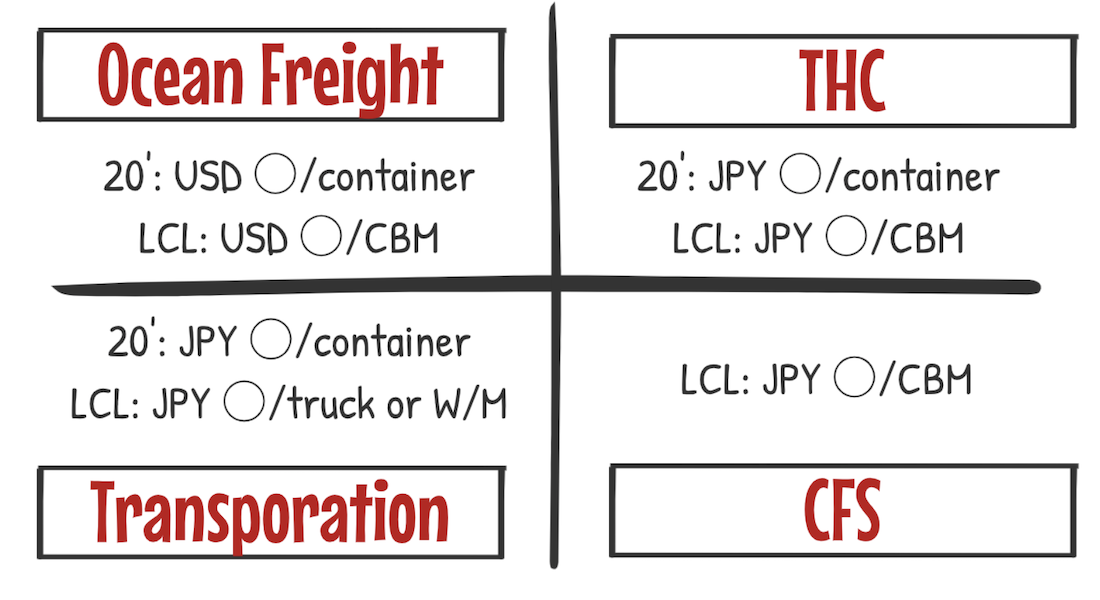 Let’s take a closer look. 20 foot FCL has a fixed cost for one container, but LCL will charge for the size or weight of a cargo.

Here, I will explain the unit of shipment by using CBM as the greater size. In this case, CFS is the key point.

CFS refers to cost of a container freight station, where cargo is loaded into a container. It occurs only in LCL. THC is a fee for the using a port, so both FCL and LCL will be charged. 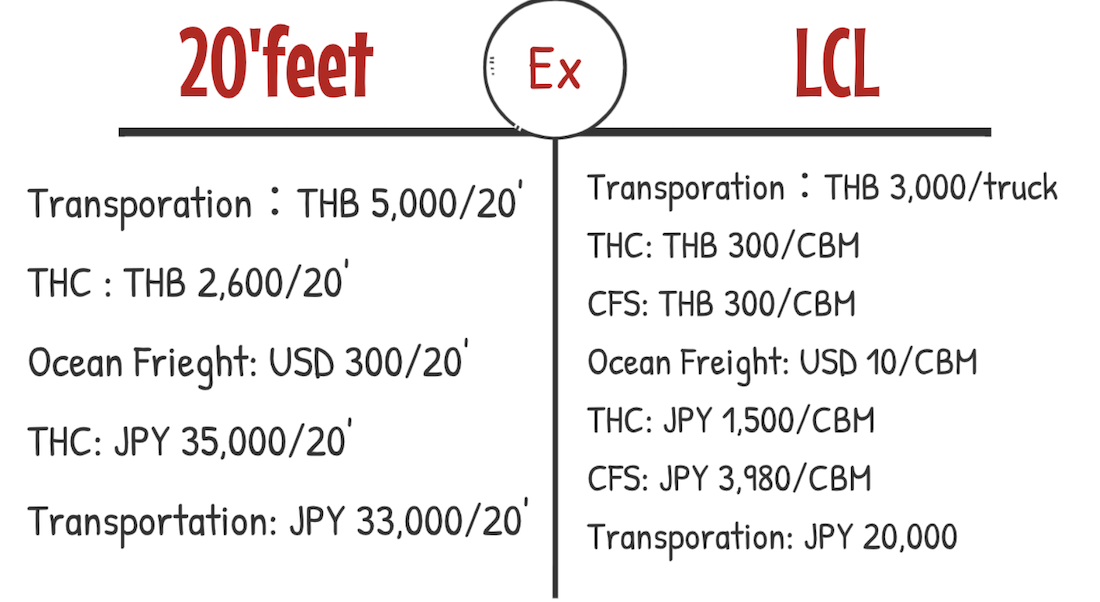 Here is an example of a specific number. A lot of numbers come up from here. It may be easier to understand if you stop and watch the video in turn.

Here are some examples of FCL and LCL costs in Bangkok and Tokyo. Ocean freight and trucking fares have different selling prices depending on a forwarder.

But THC and CFS are shipping company’s tariffs, so the cost is roughly like this.

FCL has a fixed cost per 20 foot container, on the other hand, LCL’s ocean freight, THC and CFS vary according to the size of the cargo. 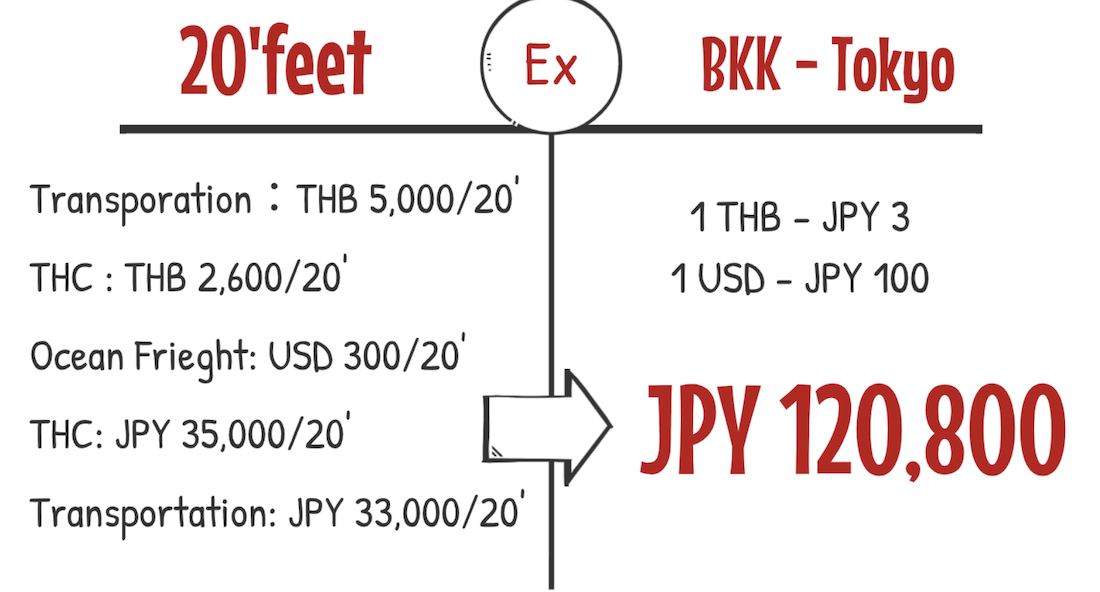 By the way, this fee does not include custom clearance and documentation fee. Note that this has been simplified to compare the cost of FCL and LCL. 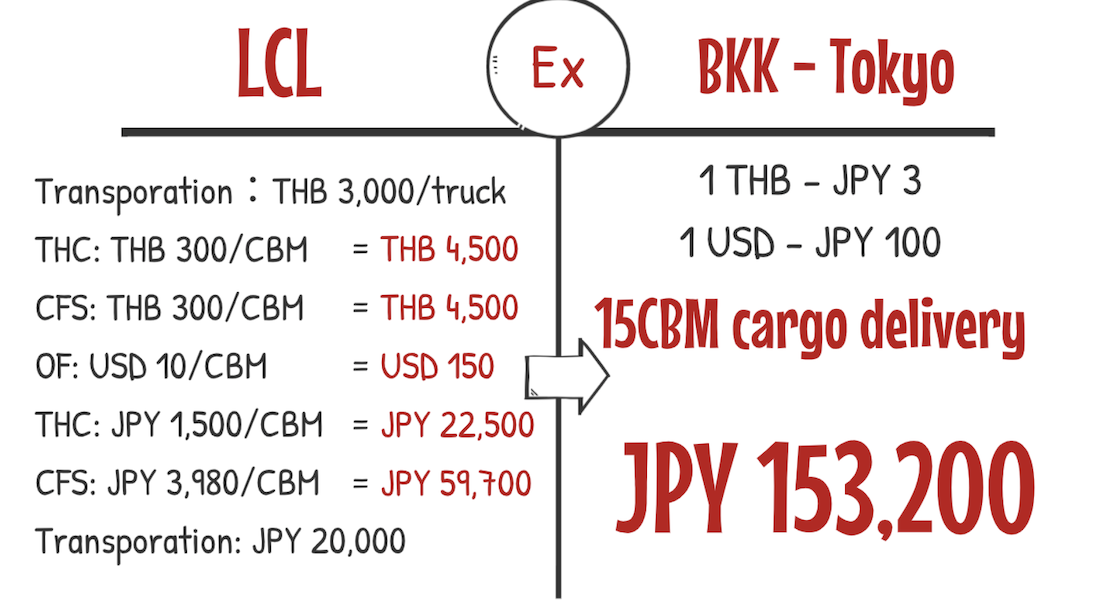 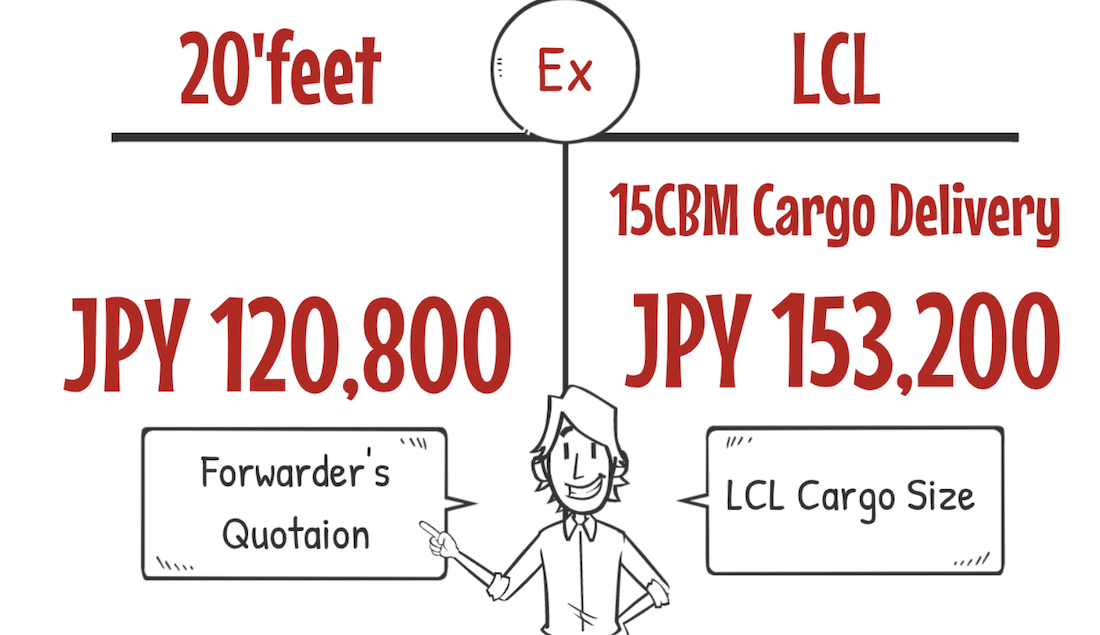 Basically, the comparison goes like this. This is in comparison for the case of transporting a 15CBM cargo by LCL.

As the cargo size changes, the cost also changes. And also, it depends on a forwarder’s quotation, FCL may be more expensive. 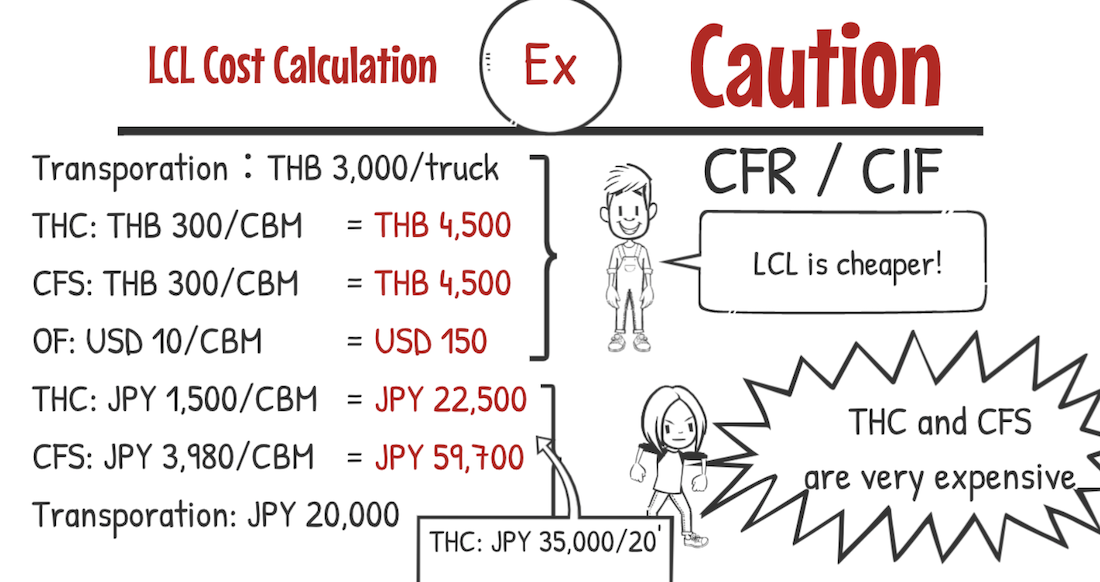 Lastly, let’s discuss the most common problems and aware points when sending the cargo by LCL.
On export side, the cost of LCL is generally cheaper than FCL.

Therefore, Shipper who is not used to international transportation, sometimes uses LCL, even if it is a large size cargo. The problem here is the cost of THC and CFS on importing side.

If you’re on an export side and arranging a large shipment, Please be careful of calculation, including the cost of importing side by LCL. 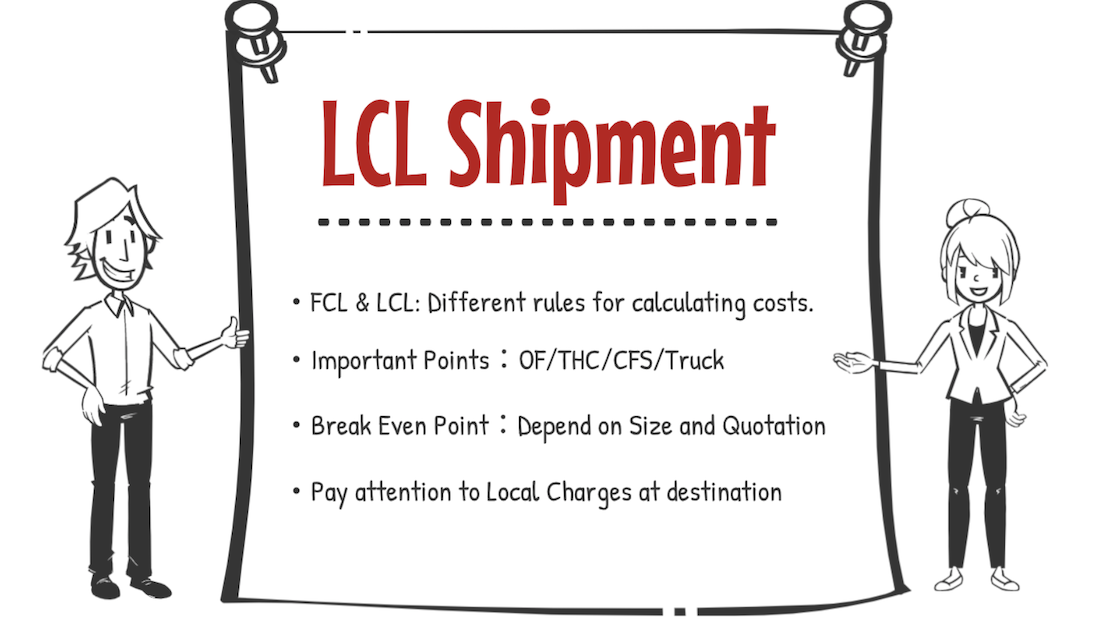 The break-even point between FCL and LCL depends on the size of a cargo and the forwarder’s quotation, so, I can’t exactly determine which should be FCL or LCL.

However, when using LCL, it is important to pay attention to THC and CFS of import side. Today’s contents are important to make the best logistics arrangements for the customer.

Please understand it so that you can use it in practice as soon as possible.