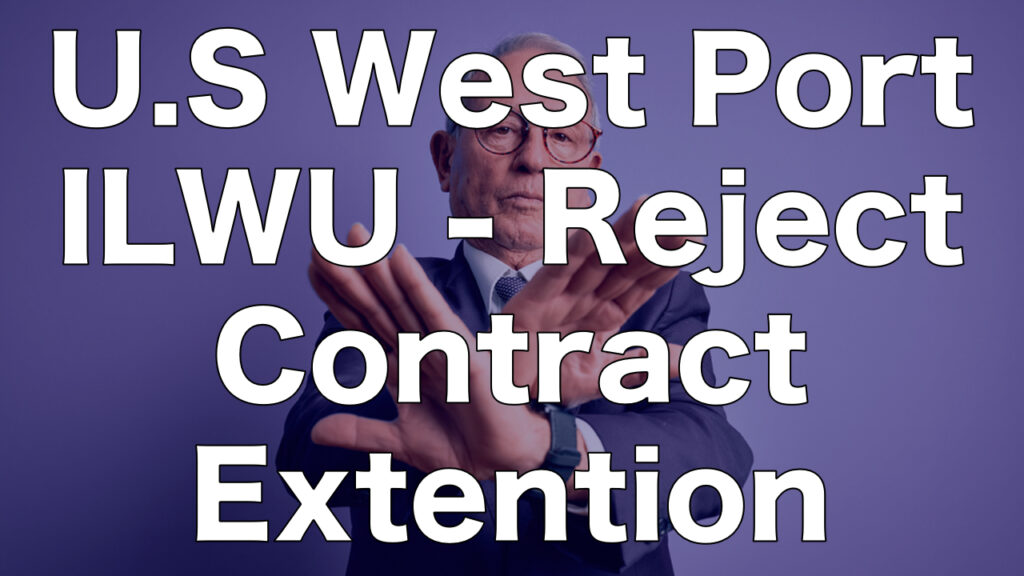 Hello, it’s IINO.
I would like to broadcast IINO san’s Logistics Radio.

Today, I would like to talk about the news, “ILWU rejects one-year extension in labor negotiations at North American West Coast ports.”

At the end of next June, the labor-management agreement for North American West Coast ports will expire and negotiations will begin.

There, the following two groups will negotiate.

PMA has offered to extend the current agreement for one year starting next July 1, but ILWU has reportedly rejected this offer.

Insistents of ILWU and PMA

PMA president said, “There is already concern in the trade community that the current negotiations on the renewal of the agreement will result in confusion. In a time of economic recovery, extending the agreement is a necessary step to protect business.”

On the other hand, ILWU president said “further extension is not possible as the union has already agreed to an extension in 2017.”

In addition, he announced that the current agreement was signed in 2014, and for the past seven years since then, we are eagerly awaiting the resolution of this important issue for port workers.

When the current agreement was signed in 2014, the negotiations were difficult and took nine months to finalize.

During that time, the operation of North American West Coast ports was intentionally slowed down, which had caused major disruptions in the supply chain to and from the United States.

Eventually, the White House stepped in, and it all came together. At this time, there was a movement to use the East Coast instead of the West Coast, and freight rates to the East Coast rose.

If the negociatation will drag on, any influence causes to logstics congestion

One of the themes in this collective agreement is automation of the port.

There is a high possibility that the unions will protest against the automation because it will reduce or eliminate their jobs at the port.

Therefore, there is a possibility that the White House will come in early.

This is why I said that supply chain disruptions would continue throughout next year. Negotiations will start next July, does National Day of China before October, and then the Christmas shopping season will start.

It is quite likely that logistics will be disrupted.

Those who are involved in trade and logistics should not be naive and think that things will settle down by Chinese New Year next year, but imagine the worst possible scenario.