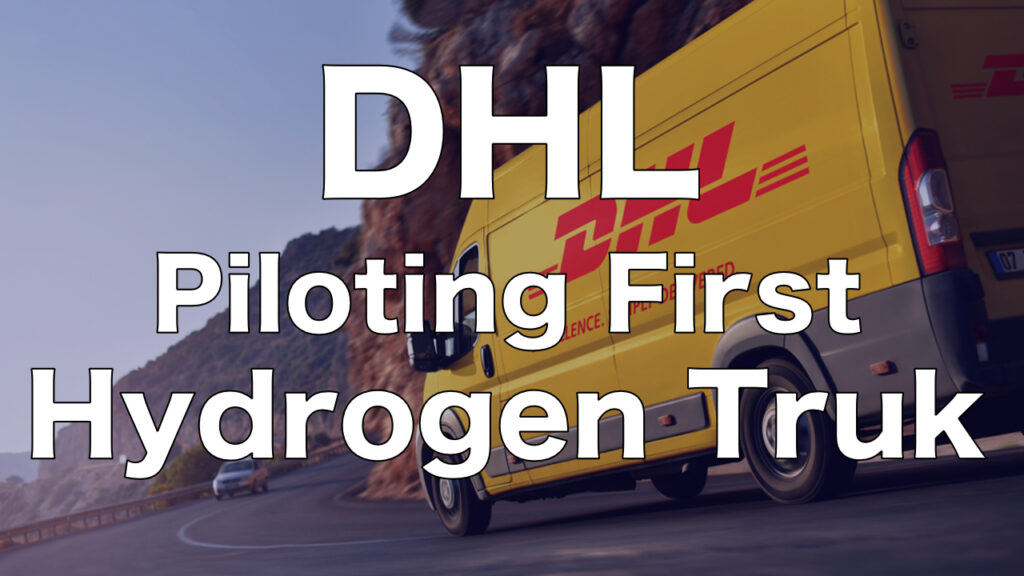 Today, I will talk about the theme, “DHL begins test operation of hydrogen trucks”.

DHL Express has announced that it has begun test operations of a hydrogen-fueled fuel cell type long-haul truck.

The test operates in the Benelux region, where a collection area of three countries: Belgium, the Netherlands, and Luxembourg, and delivers Apple’s cargo.

It is expected to reduce CO2 emissions by up to 350 tons during the trial operation phase.

Incidentally, DHL was founded in the U.S. and was acquired by a company called Deutsche Post in 1998 to become a German company. Therefore, this initiative is also being tested in Europe, not in the U.S.

Europe countries are particularly strict on the environment and will ban the sale of new gasoline engine vehicles, including hybrids, by 2035.

This is the first time that DHL group has introduced a hydrogen truck, and it operates about 200 kilometers per day.

The point here is that in this test operation, the car is refueled at a mobile fuel station.

Toyota is attacking general automobiles with hydrogen fuel cells, and one of the concerns is the problem of widespread use of hydrogen stations.

At present, it is said that the installation of hydrogen stations costs 36,000 USD per station, and it is not realistic to make them as popular as gas stations are today.

However, DHL’s truck is a B2B truck, so the route it will take can be decided and the location of the hydrogen station can be limited. It would be realistic if ordinary cars could not be used and only DHL commercial vehicles could.

Moreover, it uses a mobile hydrogen station, so it may be refueled in a place out of town or something.

DHL believes that the operation of electric vehicles is more efficient for last one mile, as the charging infrastructure will become more widespread in the future.

However, DHL said that the use of renewable energy in long-distance transportation is essential for decarbonization, so it has decided to test the operation of hydrogen trucks.

As part of the Group’s decarbonization strategy, they are developing a low-carbon heavy-duty vehicle that uses hydrogen.

In the supply chain, delivery points are located in various regions, and large trucks transport goods to these points, where they are sorted and driven for last one mile by smaller trucks.

Since the transportation part of a large truck is to be operated by a hydrogen truck, don’t you think it is quite realistic?

I would like to pay attention to and updated the information of the decarbonization of commercial vehicles in the future.