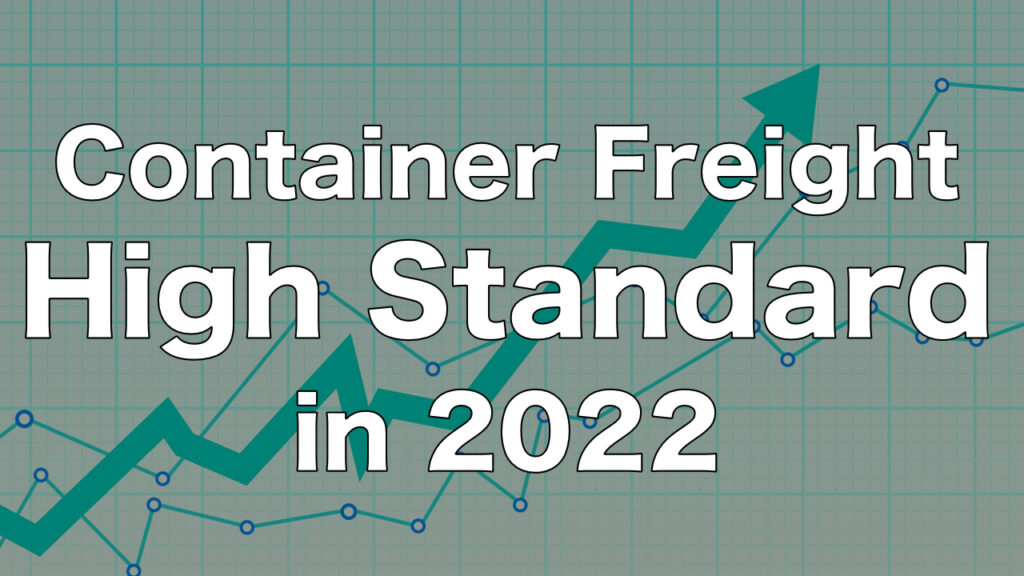 Today, I would like to talk about the theme, “Continued Rise in Container Freight Rates to the West Coast of North America.”

Spot freight rates from Shanghai to the West Coast of North America have reached a new high, from USD6,700/40′ at the end of November to USD7,300/40′ as of December 10th.

I have a feeling that it is difficult to get enough space and freight rates are going up this December.

We have already finished transporting goods for the Christmas shopping season in North America, and under normal circumstances, demand would settle down.

However, there is still a lot of cargos and freight rates continue to rise.

I think this is partly due to inflation in North America.

The recently released CPI (Consumer Price Index) for North America showed a growth of 6.8%, which shows that it is quite inflationary.

While it is usually said that the best rate of increase in prices is around 2%, prices have not stopped rising.

Therefore, the FED is also moving in raising interest rates. Once inflation calms down, corporate purchases may also settle down, although it will take some time.

I think this is one of the reasons for the rising freight rates that there is such momentum in purchasing in North America.

On the other hand, the price for the East Coast of North America has been rising since the beginning of December, but not to such a high level.

Here’s the thing, freight rates for annual contracts between shipping companies and shippers for the next fiscal year are also on the rise.

Negotiated freight rates for major companies, called long-term rates, for fiscal 2021 (the current year) were in the USD3,000 to USD4,000 range for the West Coast of North America.

It was said that USD6,000 to USD7,000 would be the benchmark in freight rate negotiations for the next fiscal year, 2022, for the West Coast, but it looks like the level will be much higher.

According to a source who actually signed long-term rates, “there have been a number of cases where cargos were not shipped with these fares and the contracted rates was unusable.”

I do not know the details of the contract between the shipping company and the major shipper, but the spot rate was over USD7,000.

I think shipping companies don’t want to use their limited space for long-term contract rates, which are about half the price of spot rates.

I often heard that in Thailand, major shippers cannot get space even if they have contract rates

In this negotiation as well as the last one, they are anyway “focusing on space” rather than the amount of money.

What the Next Year’s Rate is

Since the long-term rates for major companies are at a high level, it is better to assume that this high amount will be the default for the next fiscal year.

We do not still know if the rates will increase further.

If the market is willing to accept higher prices, they will go up, and if more and more companies find that business itself is not viable, they will not go up any further.

I will continue to keep you updated the information for the next year.