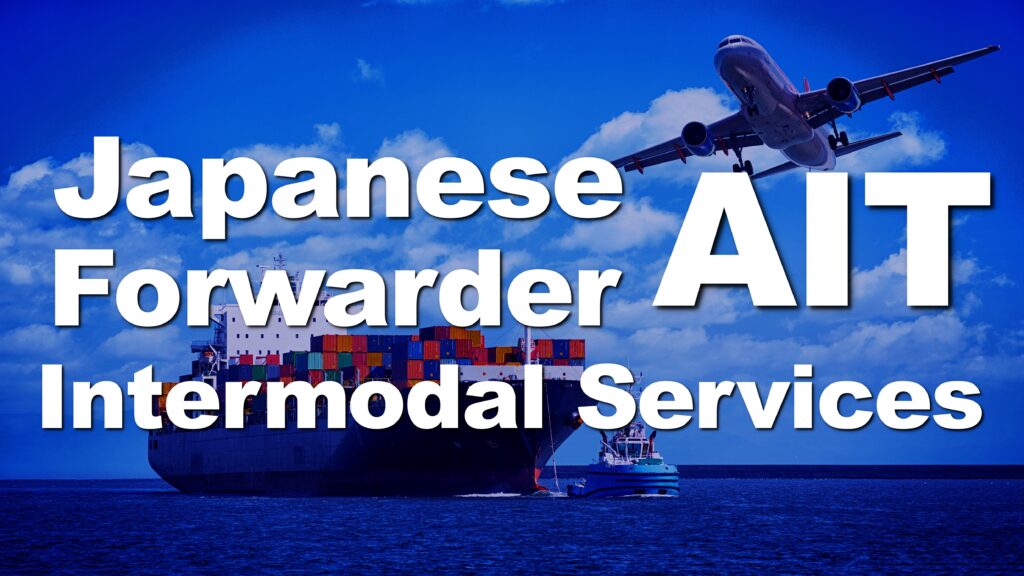 Today, I would like to talk about, “AIT expands multimodal transport service from Bangladesh to Japan to cope with SC confusion.”

As the global supply chain continues to be disrupted, AIT is reportedly continuing to expand its multimodal transportation services.

In addition to the “South China Premium Service,” which connects South China to various parts of Japan by land and sea, the company developed a new product last July that connects Bangladesh to Tokyo, Nagoya and Osaka by air and sea.

From around the fall of 2020, there was a shortage of container and space in South China.

At that time, it provided land transportation from Shenzhen to Shanghai, and then ocean transportation service from Shanghai to Tokyo, Nagoya, Osaka, and Hakata.

The demand for this service has quickly increased as an alternative service using land transportation from Shenzhen to Shanghai and then sea from Shanghai.

This new service is being offered jointly with Nisshin Transportation.

The service is to transport goods by air from Dhaka to Hong Kong and then by sea from Hong Kong to Tokyo, Nagoya, and Osaka by its own consolidation or FCL.

It is characterized by the fact that it is less costly than transporting the entire process by air, and faster and more reliable than by sea.

Servise Designed to Solve the Problem of Shippers

Currently, there is the problem of unpredictable lead times.

AIT said that the service is designed to solve the problem of shippers who experience delays in the timing of product sales.

Relationship between AIT and Nissin Transportation

AIT is also focusing on other services using domestic vessels in China.

It has a service that transports cargo from Qingdao in South China to Shanghai by coastal vessel, transships it, and then transports it to Japan.

Now, as the logistics confusion continues, “how to transport cargo” is a common issue for all logistics professionals.

AIT analyzes that “the ability to not only transport but also to provide information and propose alternatives is in demand.”

In addition to providing high quality services with a sense of urgency, the company is also focusing on developing its own services. The article reported.

I have talked in previous broadcasts that Hitachi Transport System is innovative, but AIT is also.

When I was working for a trading company before coming to Thailand, I was taken care of by salesperson of AIT.

In Case of Use L/G

We have often had a situation where the actual shipper in the U.S. would not give us a B/L for a shipment imported from China.

In such a case, we sometimes put in L/G, Letter of Guarantee, and ask the forwarder to take back the cargo as we guarantee it, but some forwarders may not want to do so.

However, AIT gladly accepted our request.

In Case of Inland Transportation in China

Also, when one of our suppliers, a company in China, moved from the coastal area to the inland area, the cargo on the container was taken inland.

We asked several forwarders to quote us the cost of transporting the cargo from inland, and among them, AIT was able to provide us with a reasonable price and on time delivery.

The work of a forwarder tends to be a commodity, but it is a service industry. I personally think that AIT is differentiated by its people.