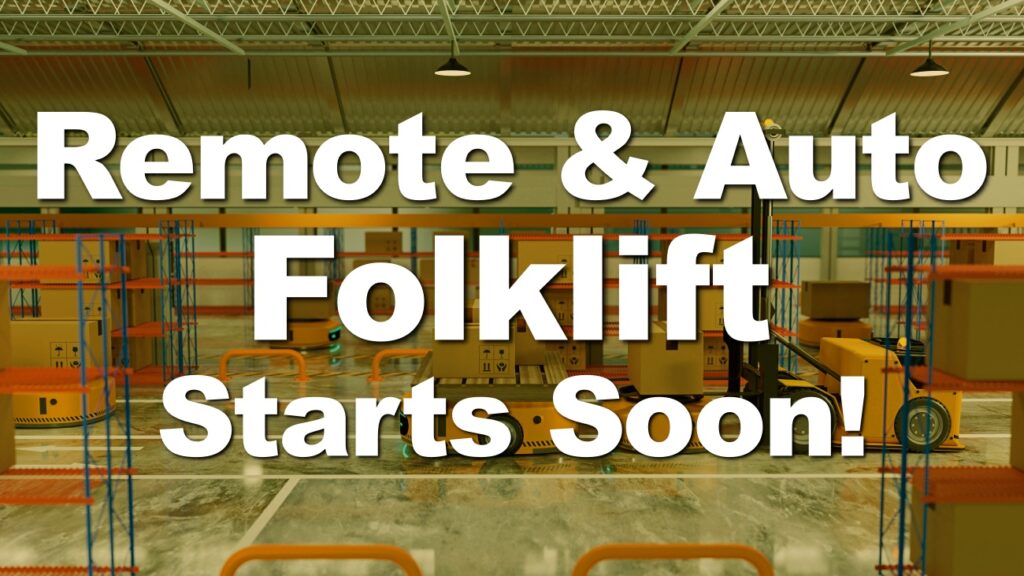 Today, I would like to talk about an article from the Wall Street Journal, “Major North American logistics provider announces plans to install thousands of remote-controlled forklifts.”

The two logistics companies are reportedly betting on the technology to allow workers to remotely control forklifts in the distribution industry, where labor shortages continue.

Operators can switch between forklifts in different locations depending on demand.

Warehouse workers were in short supply even before the pandemic, with 4.3 million workers out of work in August 2021.

This shortage of workers has also caused labor costs to rise.

NFI, a major logistics company that has made this investment, operates more than 60 million square feet of warehouse space.

It aims to deploy about 1,500 remote-enabled forklifts in the U.S. and Canada over the next three to five years.

“The goal is not to replace workers, but to empower people to work remotely, which will also help recruitment, including people who like video games,” said NFI’s chief executive officer.

He goes on to say “if we can place people in different time zones, such as Asia, South America, and Europe, we can get people to work that may do a second or third shift.”

After reading this, it seemed to me that warehouse operations are moving to countries with lower labor costs.

ArcBest, another major logistics company that invested in the company, has been working with Phantom for several years to jointly develop autonomous driving technology.

It plans to offer remote autonomous forklifts to its customers by the end of this year.

Software, automation and other technologies aimed at bridging labor gaps in distribution are drawing big attention from investors.

The Wall Street Journal also introduced Exotec, the company I mentioned in the recent video.

French warehouse automation startup Exotec announced that it had raised USD335 million in a funding round, valuing the company at USD2 billion.

The investment is the largest so far for a mobile robot or warehouse robotics company, with the valuation also setting a record in the sector.

Phantom Auto was founded in 2017 and has raised USD66 million to date.

It plans to use the funds to hire more employees and develop additional technology, including for other logistics applications such as delivery robots and trucks.

This is how digitalization in logistics is progressing. Logistics work requires a lot of manpower, so we are moving in the direction of using IT to reduce manpower.

In Case of Japan

In Japan, forklift operators should eventually be remotely operated or automated.

However, there is a concern that the government may try to use foreign workers to cover the cost due to government policies and other reasons.

In the U.S. and Europe, the shift to digitalization is progressing steadily.

I would like to continue to provide the latest information on overseas logistics in this way.