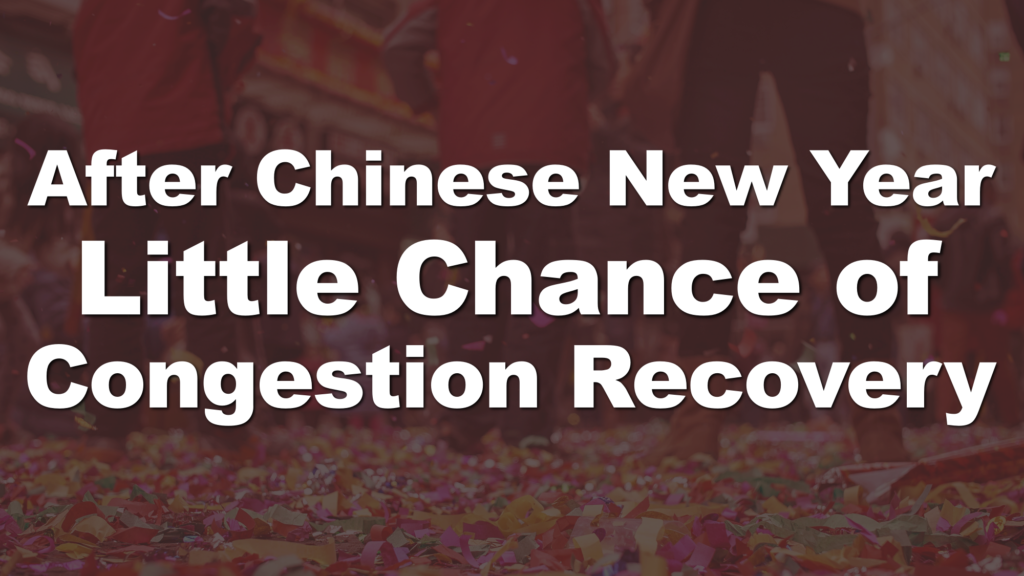 Today, I would like to talk about, “Labor shortage at LA and LB ports leaves little hope for port recovery during Chinese New Year”.

Cargo Volume Declines to be Small

However, with North American retailers’ inventories at record lows, cargo declines from China tend to be small.

Container companies and analysts say the slowdown in shipping during the roughly two-week Chinese New Year will be less pronounced this year.

Situation of Factory in China

The Chinese government is putting pressure on factories to prevent workers from returning to their hometowns during the vacations in response to Corona.

In addition to that, West Coast ports in North America, where there is a labor shortage in the field, had more than 1,800 dockworkers test positive in the first three weeks of January.

The peak seems to have passed and is now declining.

However, the impact “skilled dockworkers” infect Corona, who operate the equipment that moves containers in the yards, seems to be very significant in terms of labor availability.

Skilled dockworkers are the leaders, and seven, ten, or twelve workers are organized as their subordinates.

If the leader is in short by infection of Corona, the workers are not dispatched, either.

Furthermore, labor shortages are also becoming a problem in warehouses.

Warehouses in Southern California and across the U.S. are facing a labor shortage due to Corona, despite rising wages.

As a result of the labor shortage, warehouses are full of cargo that arrived at the ports in the run-up to the Chinese New Year.

Chassis Shortage due to Lack of Manpower

Due to a lack of manpower, warehousemen are unable to unload cargo from containers at the warehouse, forcing them to store incoming containers on chassis in the yard.

This is one of the reasons for the chassis shortage in Southern California.

Chassis is not available because containers are still on them, leading a chassis shortage.

Then, containers cannot be removed by truck from the port.

As of Tuesday, February 1, 101 container ships were heading to LA and LB, Southern California.

On the other hand, the volume of container ships off LA and LB coasts is 26 at berths and 7 docked within 25 miles. In addition, there are 94 container ships docked outside the 25-mile Safe Air Pollution Control Area, SAQA.

More than 100 ships are waiting to be loaded and unloaded.

Not Solved the Problem of Cargo Congestion

As far as the situation in North America is concerned, the Chinese New Year has not solved the problem of cargo stagnation. And the number of ships waiting offshore has hardly decreased.

The conversion of ships at berths has increased a bit.

On top of that, there is a shortage of workers and chassis, and the situation seems to be the same.

Given this situation, I think it is best to abandon the hope that things will work out after Chinese New Year.

I will continue to update you with more information.