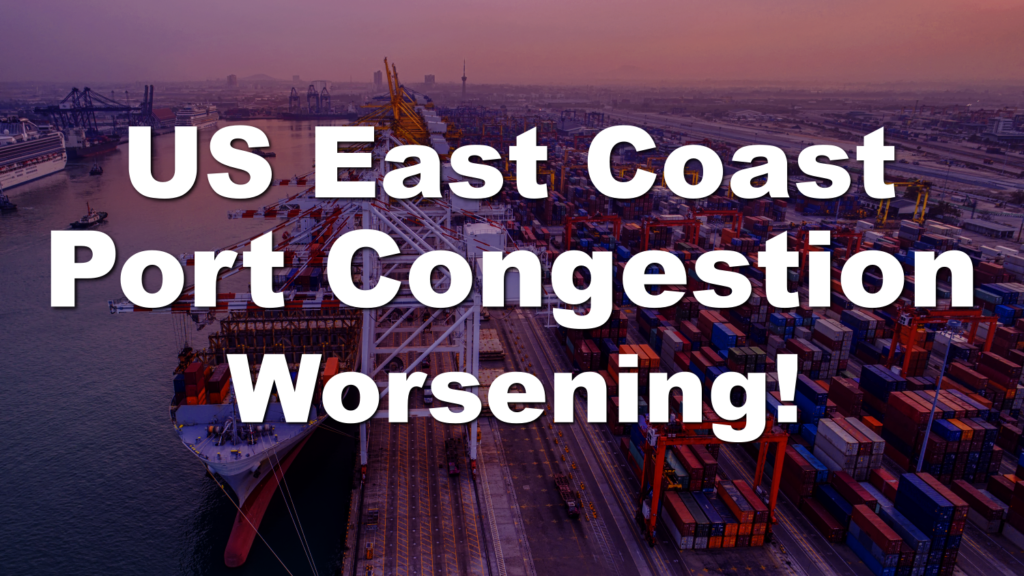 Today, I would like to talk about the news from the Wall Street Journal, “Waiting list for container ships off Charleston port rises to 30”.

The number of container ships offshore at the Port of Charleston has increased to 30 from 19 last month.

This indicates that the supply chain congestion plaguing U.S. importers is not limited to the West Coast of North America, but extends to many other ports.

The South Carolina Port Authority has stated that they used to expect this congestion to be resolved by mid-March, but now they expect by mid-April.

I am not sure about this either.

For almost two years, people have been saying when it will be resolved, but the situation has not changed.

Except when ships are leaving and coming, there is no time when the berths are empty, and when the terminal is full like this, productivity suffers.

Also, some ships will have to stay longer to load and unload containers.

The Port of Charleston’s backlogs remain large by historical standards and is still growing.

The volume of imported containers handled is also increasing, up 25.4 percent from the previous year.

When the Congestion Has Started

The Port of Charleston’s backlog began around Thanksgiving last year, and has continued since the Black Friday sales the day after the fourth Thursday in November.

This was due to the arrival in the U.S. of orders for large year-end inventories and an attempt to divert cargo from congested West Coast ports to other ports.

This has led to congestion at some ports on the East Coast.

The number of container ships waiting at California ports dropped from a peak of 109 on Jan. 9 to 72 last Thursday.

As I have reported many times on this radio, the cause of the surge in North American imports is thought to be the following.

Some people also infected with Corona. The highly infectious Omicron variant has infected dockworkers, warehouse workers, and drivers, resulting in a shortage of workers.

If the West Coast continues to be overcrowded, cargo will be attracted to the East Coast.

I will continue to update information on the West Coast and East Coast.