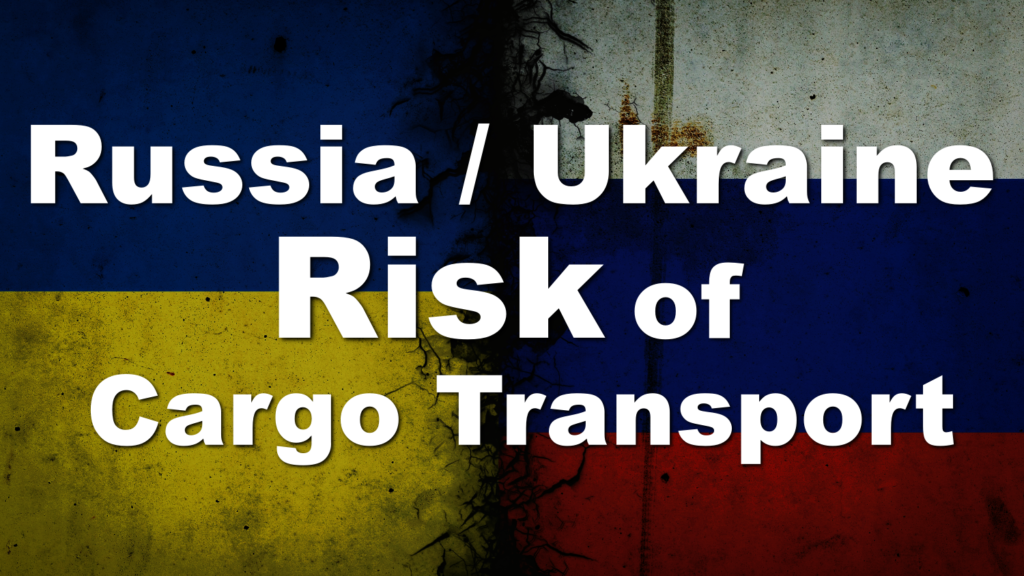 Today, I would like to talk about the news from the Wall Street Journal, about the transportation risk story of Ukraine/Russia situation issue.

This is an article from last Saturday, at a time when no specific economic sanctions have yet been imposed on Russia.

However, I found it very informative as it gives a view of what the market conditions will be like in the future.

Shift from Land to Sea or Air

Forwarders are suspending some services and shifting their services from land to sea or air to avoid regulation and disruption.

Couriers such as DSV in Denmark and DHL Express in Germany have suspended their services to and from Ukraine. Shipping companies have also suspended Booking for Odessa port in Ukraine and some ports in Russia.

In the future, the economic sanctions imposed by western countries to Russia will cause companies to think deeply about what to do with their shipments.

Response by Companies in Various Countries

As of today, there was news that Apple and Nike have suspended sales in Russia, and Shell in the UK has suddenly left the LPG project.

In fact, even at the moment, there are delays and other effects on air as well.

Shipping between Asia and Europe

FourKites Inc., a Chicago-based freight-tracking technology company, says the dispute will hamper the movement of goods by sea, air and land, causing shipping rates to skyrocket, especially between Asia and Europe.

According to the company, cargo volume moving from China to the European Union via Russia, by using the Trans-Siberian Railway, may be shifted to ocean or air if freight connection is disrupted.

Use of the Trans-Siberian Railway

Therefore, if the Trans-Siberian Railway cannot be used, this amount of cargo will flow to ocean and air transportation.

Thus, it is obvious that space will become even more difficult to obtain, and freight rates will increase.

U.S.-based Flexport Inc. said Friday, it will stop accepting bookings for the Trans-Siberian Railway and instead offer alternative air and ocean.

If the railroad is interrupted, customers could lose their cargo.

In case of arrangement transportation via the Trans-Siberian Railway, there is a possibility the risk that the cargo would be loss, which is difficult for a forwarder to be responsibility for.

Therefore, it makes sense that it would be better to send the cargo by ocean from the beginning.

According to Drewry Shipping Consultants Ltd. in London, geopolitical tensions will add to global economic instability, although the “initial impact” on global shipping is small.

Also, it pointed out that this could further accelerate the rise in fuel costs and inflation.

What I have told you today is a normal possibility.

I think we have to keep this risk in mind when we do our business.

Whether we continue to use the Trans-Siberian Railway since it is available as of yesterday.

Whether we might keep a higher budget in mind since freight and fuel costs are likely to go up.

Whether we use air since space for Europe is likely to be quite tight in the future.

Whether we will change our suppliers North and South America and send them across the North Atlantic to Europe.

Whether we will change to local procurement in Europe.

I think it is important how we perceive and deal with risk.