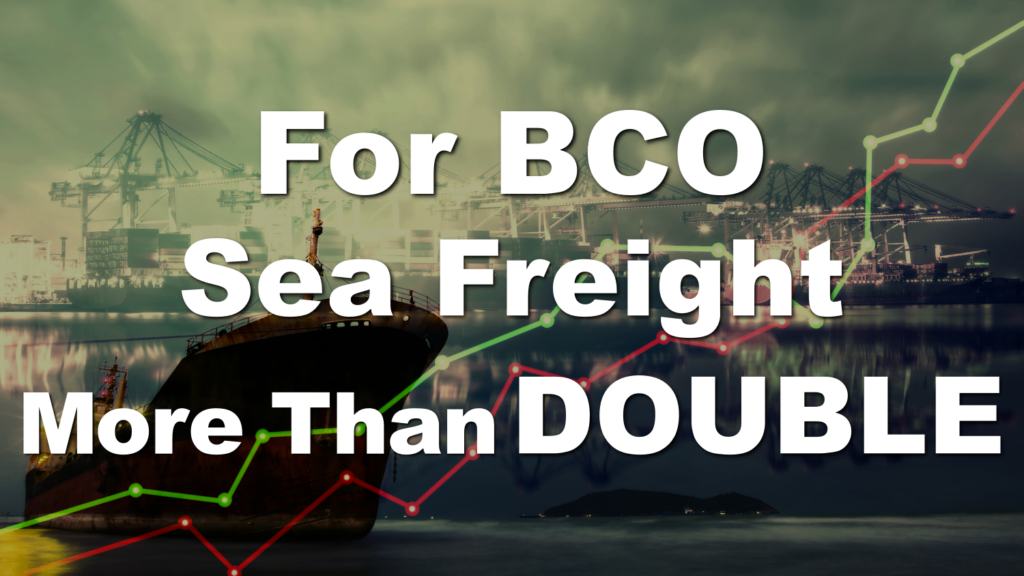 Today I would like to talk about, “Container Freight Rate Negotiations for Major Japanese Shippers, Annual Contracts at Spot Rate Levels”.

Negotiations on Freight Rates for 2022

Container shipping companies and BCO, major Japanese shippers, are in the final stages of negotiations for 2022 freight rates.

Since space is tight, all major shippers are placing top priority on securing space across the board.

Contracted fares that have been signed appear to be a series of record highs, comparable to 2021 spot rates.

Focus of Negotiations in 2022

All major shipping companies’ supply space this year is on par with the previous year, but shippers expect an increase in shipping plans. Demand is overwhelmingly higher, and negotiations have reportedly been extremely seller-dominated.

The focus of the negotiations this time was to secure supply space. The shipper’s sales representative said, “All the shippers asked us about was space, and freight rates were never discussed.”

Many shippers simply accepted the price offered by the shipping company at the primary stage.

In addition, there were cases where multi-year contracts, such as two-year, were concluded in order to secure stable transportation space.

Multi-year contracts are risky for shippers, but attractive for shipping companies because of the prospect of stable profits.

However, as of January of this year, one indicator was said to be around USD10,000 per 40′ container. Actually, it appears that many of the already-determined amounts for BCO exceeded this indicator, more than doubled from last year.

Higher Prices from Japan than from Asia

And at the end of the article, it is reported that spot rates to North America from Japan have surpassed those from China.

There is a trend toward higher prices from Japan compared to those from Asia.

Traditionally, it has been said that prices from Japan are generally less expensive than those from Asia, but this has been reversed since the end of last year.

Currently, direct flights from Japan are being cancelled one after another, and there is a trend to avoid port calls to Japan because they are not profitable.

Due to the worsening conditions for departures from Japan, it seems that space cannot be secured without higher prices than those from Asia.

What is of interest in this article is this year’s spot rates.

Since this year’s long-term rates are about the same as last year’s spot fares, in this case, spot fares generally will be even higher.

When President Biden then stated, “I am announcing a crackdown on companies that are overcharging U.S. businesses and consumers,” the floor seemed to erupt in applause.

In response, WSC, World Shipping Council, said a statement the next day, March 2.

“The containership industry is in a competitive enough environment. And it is very unfortunate that baseless criticisms were made against an industry that is responding to unprecedented shipping demand.”

I spoke at the beginning of this video about Japanese shippers, but the situation seems to be the same for overseas shippers.

In order not to raise spot freight rates any further, there may be some kind of regulation in the U.S. power play.

I don’t know what will happen, but Japanese shipping companies can sell for more than double the price of a long-term contract.

Thus, it is certain that their earnings in 2022 will be higher than last year.

As a frontline position, I will keep a close eye on future freight rate trends.