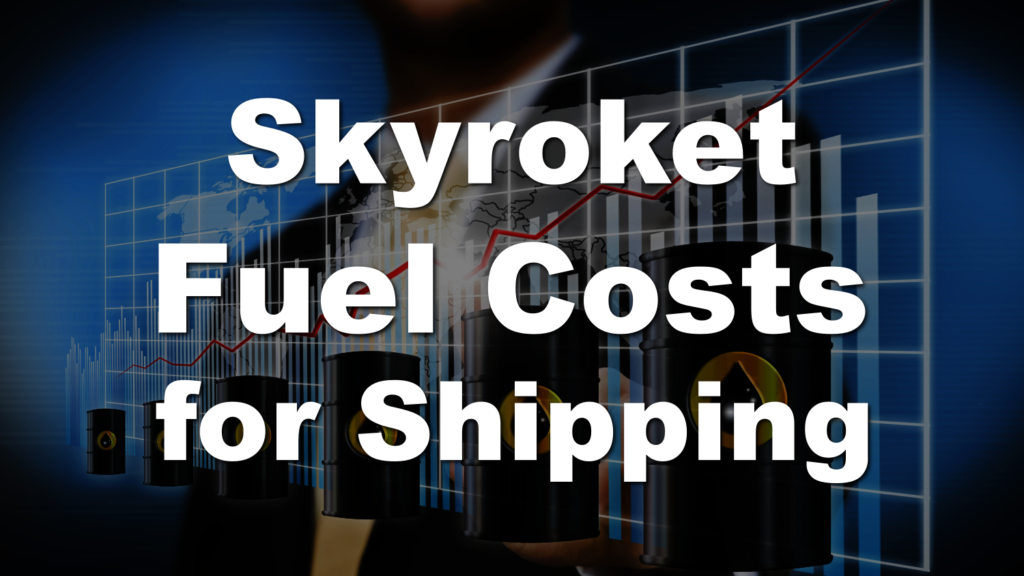 Today, I would like to talk about the article from JOC.com, “Shippers Face Higher Fuel Surcharges in Addition to Rising Freight Rates.”

The oil market is in a state of flux after Russia invaded Ukraine.

Bunker variable fuel prices have risen sharply in the past two weeks, and even now high ocean freight rates are likely to be raised further.

According to the Oil Price Reporting Organization, the price of low sulfur fuel, VLSFO, Very Low Sulfur Fuel Oil, has risen a whopping 26% since before Russia invaded Ukraine on February 24.

It now averages $986 per ton at the major hub ports of Singapore, New York, and Rotterdam.

When I previously broadcasted on fuel prices, the price of low-sulfur fuel oil on the Singapore market as of February 14 was $752 per ton.

Low sulfur fuel powers 70% of the world’s hulls not fitted with scrubbers. Scrubber is an exhaust gas cleaning device.

Using poor quality C fuel oil produces PM2.5, so there is a regulation to use high quality low sulfur fuel. However, with scrubbers on board, vessels can use cheaper C fuel oil.

It was $536/ton in mid-February and has seen a price increase of about $120/ton in the past month or so.

The article reports that shippers will feel the pinch of rising fuel costs through BAF, which is usually billed one to two months behind fuel prices.

The cost of marine transportation includes a fuel surcharge called BAF, Banker Adjustment Factor. Also used under the names FAF and EBS, it is a cost that is adjusted when there is a change in fuel costs.

The fuel cost is contracted by the shipping company up to a certain period of time, during which time it is basically not supposed to go up.

The price of BAF has increased and will cost shippers more in the future.

Additional Costs to the Containership Industry

In its latest newsletter, analysis firm Sea-Intelligence estimates that “if bunker fuel prices remain at current levels throughout the year, the container shipping industry will incur an additional $7 billion in annual costs.”

Rising fuel costs are a huge burden for shipping companies.

Who Burden the Cost?

Likewise, CEO and partner of Vespucci Maritime, a maritime analytics firm, warned in a LinkedIn post this week that “these costs will soon be passed on.”

He said, “Shippers will expect record-high bunker surcharges to be imposed in the next round of rate revisions.”

I think it will be interesting to see if the shipping companies will absorb these costs, charge shippers for the delay, or pass them on to the shippers immediately.

I believe that USD980/ton low sulfur fuel cost is a record high. The price gap with C fuel oil has opened up considerably, so some shipping companies may invest in scrubbers.

As a practicing shipping company, I am still concerned about the increase in freight rates. I realize that there are too many things happening these days that are out of our control.

I will keep you updated. That’s all for today. Thank you.