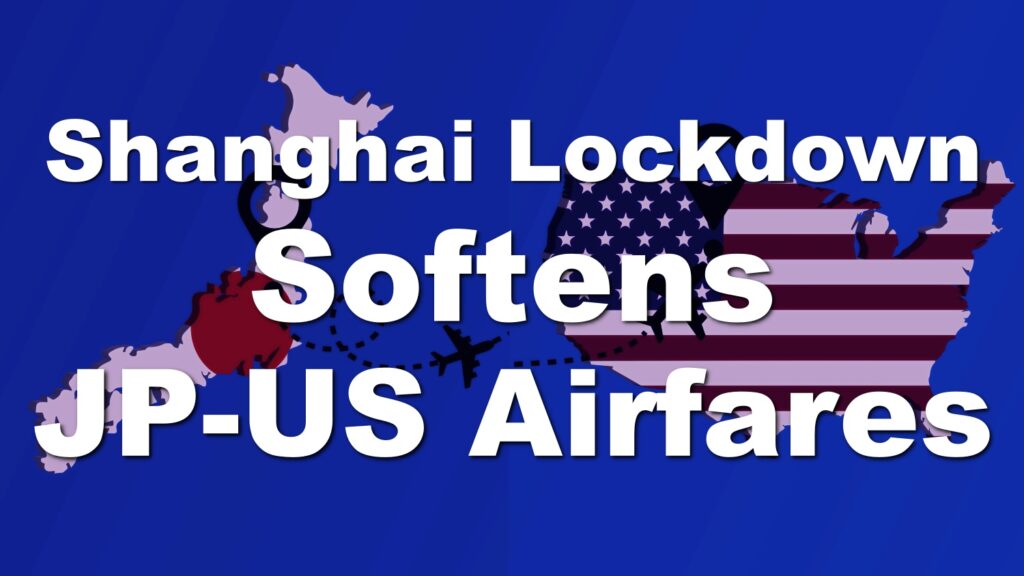 Today I would like to talk about, “Shanghai Lockdown Softens Supply-Demand Balance for Japan-bound Shipments to North America”.

Daily Logistics Radio by IINO san in 2nd May 2022

Dramatic Decrease in Cargo to North America via Japan

The prolonged lockdown in Shanghai is affecting long-haul cargo traffic from Japan.

It has already been a month since the Shanghai lockdown and it is making daily news.

According to several forwarders, air cargo volume from China is decreasing due to factory shutdowns and flight cancellations.

The sharp decline in Chinese cargoes shipped to North America via Japan seems to have loosened the space supply-demand balance for air cargoes from Japan to North America.

Since there is less cargo originating from China, space from Japan to North America is now available.

A Series of Cargo Flight Cancellations in China

A series of cargo flight cancellations have occurred to and from Pudong International Airport in Shanghai.

Air shift from Japan to North America due to the maritime disruption has continued.

However, the automotive-related cargo movement has slowed down due to the shortage of semiconductor supply and other factors, resulting in a decrease in the volume of goods.

Usually, this is the time of year when cargo volume increases before Golden Week, but this year, “there is almost no rush,” and cargo movement is calm, according to a forwarder’s representative in the article.

In addition, combined with a decrease in cargoes from China to North America via Japan, has resulted in a significant slackening of the supply-demand balance, and freight rates have softened.

A major forwarder said, “The price offered by the airlines has not gone down, but the space for charters that has already been arranged cannot be filled, forcing us to necessarily lower the selling price.”

Since they are chartering aircraft, they are selling space at a loss in order to fill the space somehow.

There was a similar situation last year during Chinese National Day.

There was a rash of cancellations in the bookings of cargoes that never finished production due to power shortages, and space was being sold by forwarders at low prices.

Small and medium-sized forwarders also had to offer competitive prices, and freight rates offered to shippers were dropping, the article concludes.

Because of these irregularities, prices are not easily stabilized. As forwarders, we need to respond to these situations immediately.

Practitioners are happy that space is becoming easier to obtain, but I will continue to check and update information on how this will turn out.