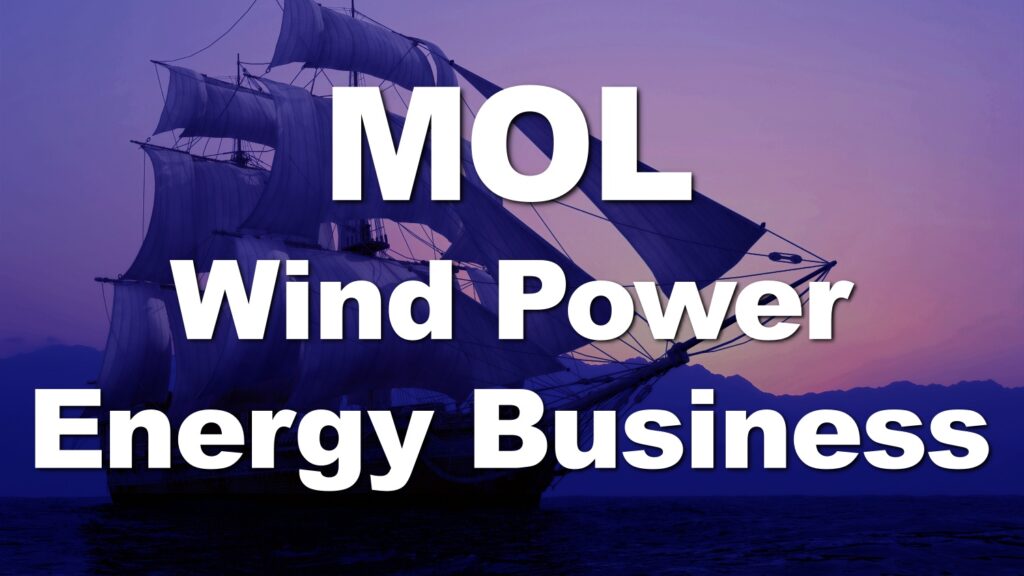 Today, I would like to talk about, “MOL of Wind, To a New Step”.

Daily Logistics Radio by IINO san in 13th May 2022

MOL’s Wind Hunter Project, which aims to develop and build the ultimate zero-emission ship that uses wind and hydrogen to navigate, is entering a new phase.

MOL is working on “Wind Challenger Project,” which uses a 54-meter-long sail to propel the ship using wind.

In addition to the sail technology of “Wind Challenger Project”, “Wind Hunter Project” uses an underwater power turbine to generate electricity while the ship is sailing along, and water electrolysis to produce hydrogen.

The water is “separated into hydrogen and oxygen,” and a device that produces hydrogen is installed on the ship.

This hydrogen is then combined with hydrogen carriers and fuel cells to supplement propulsion when the wind is weak, aiming to keep the ship running on time.

They are also considering the use of a hydrogen carrier to store the hydrogen produced by the ship and supply the hydrogen for onshore consumption.

A hydrogen carrier is a liquid used to transport hydrogen.

When hydrogen is made into a liquid, it must be at a temperature of minus 253 degrees Celsius, so it is made into a different liquid and stored and transported.

They had already executed this Wind Hunter Project and completed “Stage 1.”

Since November of 2021, they had been conducting demonstration tests such as onboard hydrogen production on a 12-meter-long yacht.

By the end of March of this year, 12 test cruises had been conducted, and a series of cycles of power generation by wind at sea, hydrogen production and storage, power generation by fuel cells using the stored hydrogen, and propulsion by electric propellers had been successfully completed.

Then they move on to Stage 2.

In Stage 2, they will begin a full-scale feasibility study for the construction of a 60-70 meter-long hydrogen production vessel.

A 12-meter yacht was used in Stage 1, so this will be considerably larger.

Construction is planned to be completed by around 2024-2025.

Plan to be Equipped with a Unique System

The concept is to recover wind energy to the maximum extent possible.

What is even more impressive is that the company is also looking at installing a unique system to observe and predict wind conditions at sea.

This system is an automatic navigation system that efficiently locates locations with good wind conditions and guides the vessel.

It is approaching zero emissions from a different angle than engine development.

We do not know if they will actually succeed, and they may not be able to reduce greenhouse gas emissions as they had planned.

Nobody knows until trying, but it is truly a challenge.

I hope these challenging companies will do their best.

After the interview at SEA JAPAN, a person from MOL said that when the idea of using sails came up at the meeting, there was quite a stir. He didn’t think it would really come true.

Returning to the Origins and Modern Technology

I think it is truly wonderful that they have taken a sail that was used in the days when there were no engines, and brought it into the modern age, and actually gave it shape.

Furthermore, using modern technology such as AI, the boat is able to automatically catch the optimum wind.

The other day, the final financial results of three Japanese shipping companies were announced, and there was news of tremendous profits.

I hope that the custom of taking on challenges will spread more widely in various places, not to mention zero emissions.