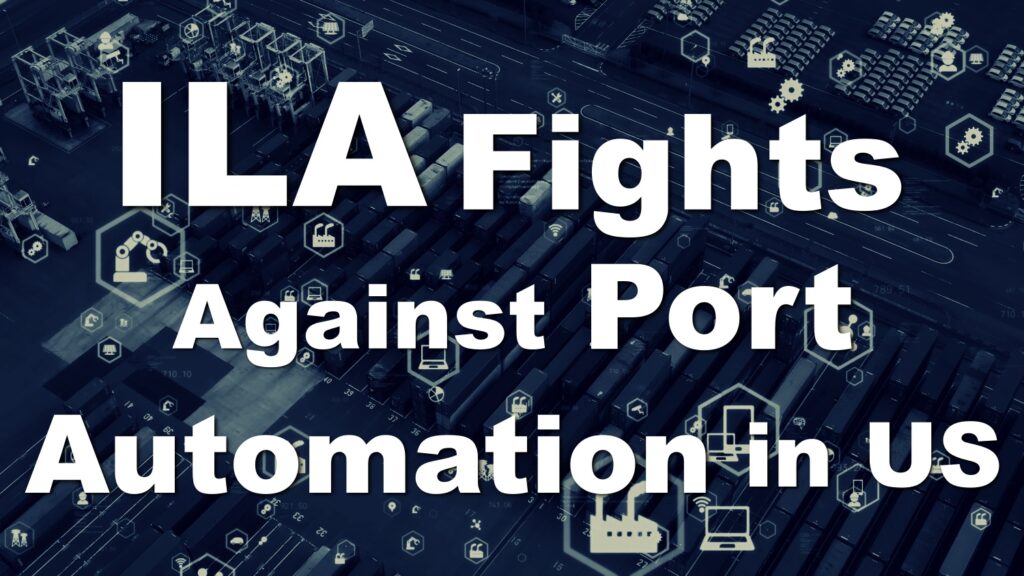 Today, I would like to talk about, “Harold Daggett, president of ILA, the International Longshoremen’s Association, is scathing in his criticism of automation in labor negotiations at West Coast ports.”

Daily Logistics Radio by IINO san in 16th May 2022

Today, I will mainly share the views of ILA on the East Coast side.

Mr. Daggett, president of ILA, said he would “fight tooth and nail” against further automation of marine terminals in the United States.

This week, Mr. Daggett issued the following statement via video as his major opposition to automation as negotiations began between ILWU and PMA.

Mr. Daggett said, “I’m confident that the unions on the West Side will come up with a great contract for our members,” and “We want the world to know that ILA stands firmly behind the dockworkers on the West Coast.”

He also added, “We need to show the world that we do the same work, we work for the same company, we are one, and dockworkers around the world are more united than ever before.”

Labor unions are resisting automation anyway, which ILWU and ILA agree on.

Under the current collective agreement of ILA, which was decided in 2018, the contract states that “neither the development of fully automated terminals nor the use of fully automated equipment shall take place unless both parties agree on their implementation.”

At the same time, ILA remains vigilant about the potential for further automation near the port and through the growing availability of 5G technology.

And he continued “Automation does not increase productivity. It destroys lives and livelihoods, and we will fight it tooth and nail with ILWU.”

While Mr. Daggett says it won’t improve productivity, PMA has released a report showing that the two automated terminals on the West Coast can handle more containers in their existing footprint than the non-automated terminals.

So how much can 5G communication technology, which is necessary for automation, lead to greater efficiency?

In a September 2021 paper published by researchers at Nokia in Finland, he states that “5G technology offers great potential for port automation, leading to increased flexibility, predictability, and safety at ports.”

In March of this year, Hong Kong port operator, Hutchison Ports, announced that it was testing 5G technology at the port of Felixstowe, the largest port in the United Kingdom.

The test involves remote operation of a gantry crane.

Currently, a person is climbing on the crane and loading and unloading containers from the crane’s control room.

This is very noisy, and it is easier on the operator if the crane can be operated remotely from a monitor room away from the crane.

There are also straddle carriers that are already fully automated.

Technology is steadily advancing in this way.

As in this case, the fight against the labor-management agreement will continue throughout the rest of the year.

I will continue to update you.