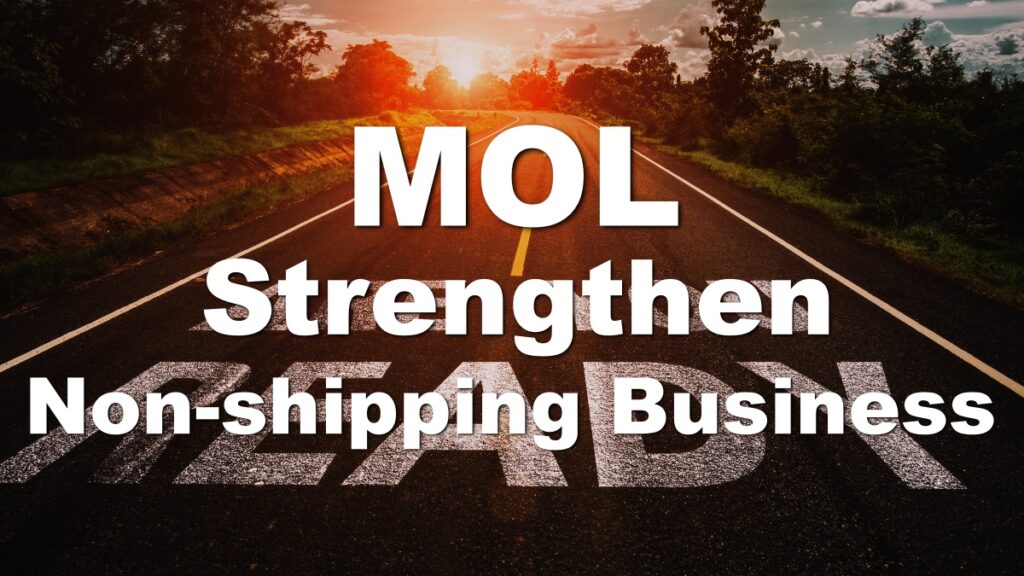 Today, I would like to talk about the article, “interview with MOL President, Mr. Tsuyoshi Hashimoto.”

Daily Logistics Radio by IINO san in 25th May 2022

I will share my thoughts and other information based on an interview with MOL President Hashimoto.

Regarding the Record-High Consolidated Ordinary Income

My own view is that there were both merits and demerits.

We had reduced our equity capital through a series of structural reforms since fiscal year 2012, but it is good that we were able to regain it all at once.

We are also very pleased that we were able to gain the strength to promote environmental measures and regional strategies.

On the other hand, there is no denying that the company’s business portfolio is not in good shape, with the containership business earning over USD4.7 billion of the approximately USD5.7 billion in profits.

Regarding This Year’s Ordinary Income Forecast of USD4.1 Billion

The worst of the logistics turmoil has passed. The disruption will gradually come to an end, and the freight rate market for containerships will also soften.

On the other hand, since shipping capacity utilization rates will improve and transport volumes will increase, the positive and negative effects will cancel each other out, so we expect to maintain a high level of profit, second only to last year’s record profit.

As the president mentioned, I also think that other shipping companies and major forwarders will also continue to perform well this year. What is important is the future, and many industry players are also paying attention to what will happen after 2023.

What are the Top Management’s thoughts on the shipping companies?

Concerns include high inflation, a slowdown in the Chinese economy, cooling economies in Europe and the U.S. due to the Ukraine conflict, and food shortages.

We cannot rule out a scenario in which these factors will have a body blow effect on the global economy. It is necessary for us to consider scenarios that will become reality in the second half of the year.

What are your thoughts on ONE?

ONE has been doing light assets up to now, but we need to invest aggressively in the fleet, including fleet maintenance, for the future. System investment is also necessary.

There are two options for containers, owning or leasing, but I think we should take a more in-depth look at how to make the best use of the ample cash on hand.

And here is my personal focus.

MOL says it will strengthen its non-shipping business as one of its business pillars.

MOL has three pillars of business in mind.

Personally, I am interested in the non-shipping business, “logistics,” and wonder if there will be any significant changes in MOL Logistics.

Since it is one of the pillars of the company, they may be thinking of doing something in the field of logistics.

They plan to invest up to USD2.4 billion in M&A over the next six years.

“It takes an enormous amount of time and effort to start up a new business from scratch. We would like to pursue M&A opportunities in businesses that have an affinity with our company, particularly in the shipping industry, and for which we have a certain degree of discernment,” said the president.

He continued, “We don’t have any specific deals yet, but we will target offshore wind power-related businesses. As for regions, we are looking at India, Africa, and Southeast Asia.”

Finally, on the subject of LNG, “If LNG exports from Russia were to stop, there would be a serious shortage and struggle for LNG in Europe and Asia.

LNG prices would rise further, and this could become a major energy security issue for each country. China and India will probably increase their dependence on Russian LNG,” the article concludes.

We don’t know what will happen, so I think it is very important to take information on a daily basis and think for yourself.

The top management of shipping companies, major shippers, and major forwarders have information, and their policies reflect the information.

I would like to pay attention to what kind of trend will be established in the future.
That’s all for today. Thank you.