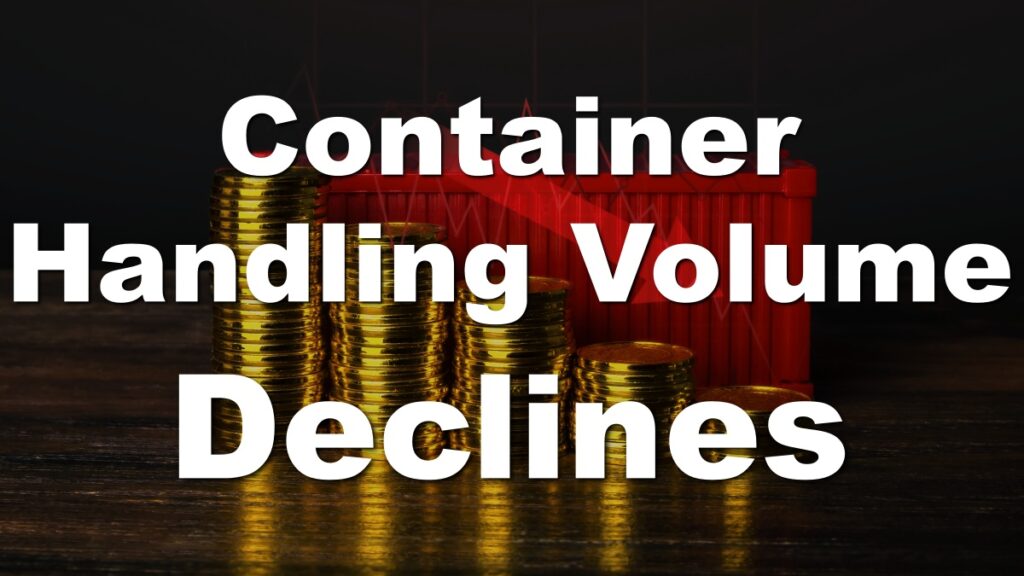 Today, I would like to talk about, “While shipping company profits are at record highs, the movement faces a cooling off!”

New trade forecasts show that global container handling volumes are softening and will continue to do so next year.

Some predict that global container traffic in 2022 will be 1.7% lower than the previous year.

The slowdown in global shipping volumes is also evident in CTS, Container Trade Statistics, which show a 3.6% year-on-year decline in volumes handled through April of this year.

This is the story of container handling volumes worldwide, and signs of a decline in goods volumes seem to be becoming more pronounced, especially in Europe.

There are also reports that consumer confidence in economic trends in Europe and the Mediterranean region is the second lowest on record.

Imports from China to Northern Europe are on the decline, with China-Northern Europe route volumes down 3.8 percent in the first four months of the year.

This is believed to be due to the lockdown of the Corona pandemic in Shanghai.

Despite an overall slowdown in container volumes, U.S. imports from Asia set a new monthly record in May.

Against this backdrop, the U.S. Fed raised interest rates by 0.75% last week in an attempt to curb inflation, which is expected to curb commodity movements.

Container volumes are down, but there has been no slowdown in shipping company earnings.

Following the release of first-quarter results, the CEOs of several major carriers told analysts as follows.

“Profitability beyond 2022 is ensured by long-term contracts already signed at significant premiums, despite falling prices on trans-Pacific and Asia-Europe trade lanes. This means that spot rates are falling.”

In other words, spot rates are falling, but they are not affecting shipping companies’ profitability because we have to transport under higher-priced long-term contracts.

Meanwhile, spot rates on the Asia-North Europe route have declined 30% since January to $5,942 per TEU, which are slightly higher than the same month last year.

Container handling volumes have been declining this year and are expected to continue to do so next year and beyond.

However, shipping company earnings are at high long-term contracts’ freight rate levels and remain high even with the impact of the Shanghai lockdown.

In North America, May was the highest container volume ever handled, even during the Shanghai lockdown.

The key point is how much demand will settle down with the Fed’s 0.75% rate hike and the possibility of continued rate hikes in the future.

European countries are also raising rates one after another.

It is highly likely that containerized cargo volumes in Europe will continue to drop due to the economic slowdown.

I believe that a significant drop in volume will have an impact on even the highest freight rate contracts.

I have reported on recent global trade trends.