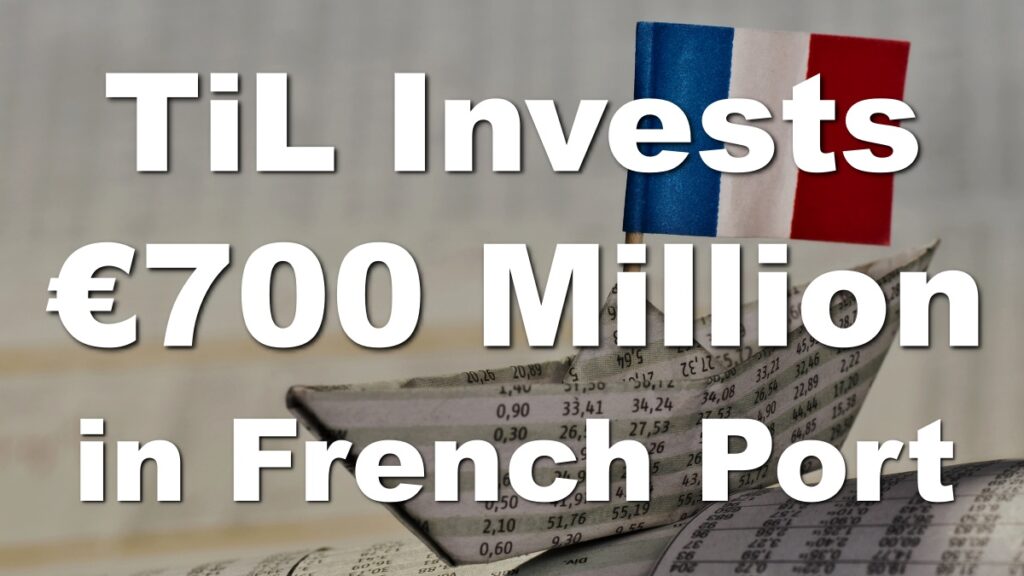 Today, I would like to talk about, “MSC subsidiary invests Port of Le Havre, France, 700 million euros to accommodate 24,000 TEU vessels.”

TiL to Invest €700 Million in Port of Le Havre

TiL, Terminal Investment Limited, a subsidiary of MSC and a terminal operator, announced that it will invest a total of €700 million at the Port of Le Havre in France.

Over the next six years, the company plans to add gantry cranes and expand the terminal to enhance container throughput.

The goal is to evolve the terminal into one that can handle large 24,000 TEU class vessels in the future.

TiL currently operates two container terminals at the Port of Le Havre, TNMSC and TPO terminal.

This time, a total of 700 million euros will be invested to increase the number of gantry cranes in operation to 20, double the current number.

Furthermore, in addition to accommodating the increase in cargo handled, new cargo handling equipment will be installed in all six berths, tripling the storage capacity in the terminal.

These investments are expected to create 900 jobs for port workers and 200 jobs for maintenance workers over the next six years.

TiL’s CEO stated, “This major investment was made possible through an agreement with the local community to guarantee cargo volumes from MSC and to provide human resources to support the port’s growth and productivity.”

He added, “To realize Le Havre’s full potential as a gateway to Europe, we look forward to the government’s support for the development of a container terminal and rail infrastructure to facilitate intermodal transportation.”

On the other hand, I believe that Japan has yet to invest in ports and harbors.

In order for a large container ship to call at a port, it needs a sufficient water depth of about 18m, and the only ports in Japan with 18m water depth are MC3 and MC4 berths at the Port of Yokohama.

Except for Yokohama, no 24,000 TEU class vessels can enter the port.

Even if the number of large vessels increases in the future, only transships will be able to enter Japan.

If large vessels cannot call directly at the port and transshipments are used, the lead time will increase.

Due to the hollowing out of industry, Japan has been building factories in foreign countries.

However, with the depreciation of the yen, it may become cheaper to manufacture in Japan in the future.

Nevertheless, because of the lack of investment in ports, large vessels cannot call at ports, as is the case in developed countries.

When I see news of this kind of foreign investment in ports, I feel a bit saddened.