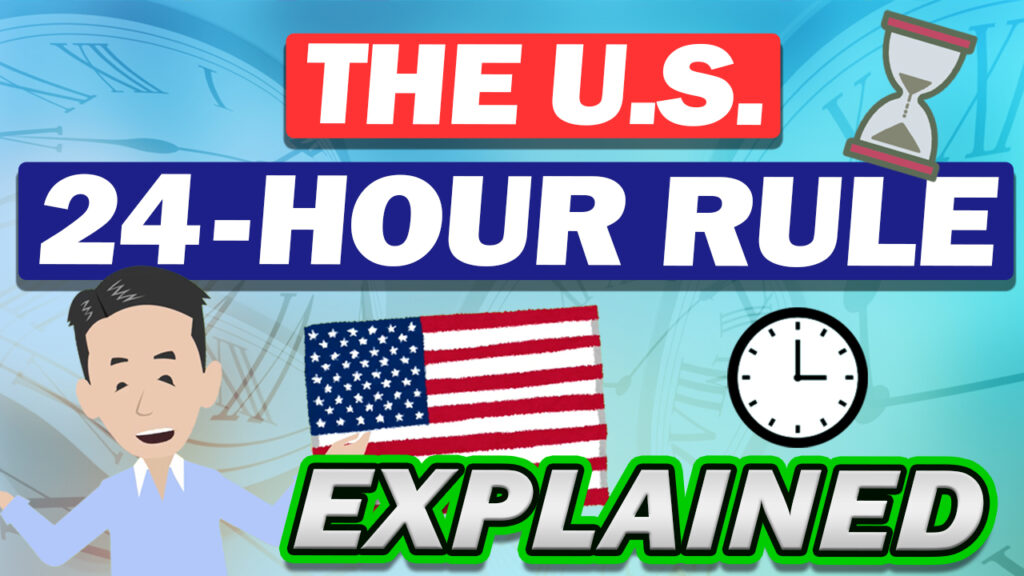 In this video, I would like to explain “North American 24-hour rule” for ocean transportation.

Here is a link to a video explaining the “About Manifest in Marine Transportation” that is related to the content of this video in the summary section.

I think you will have a better understanding, if you watch the video as well.

About Manifest in Marine Transportation

It refers to the deadline for submitting Manifest to customs. Manifest is required to be submitted to customs by land, sea and air. 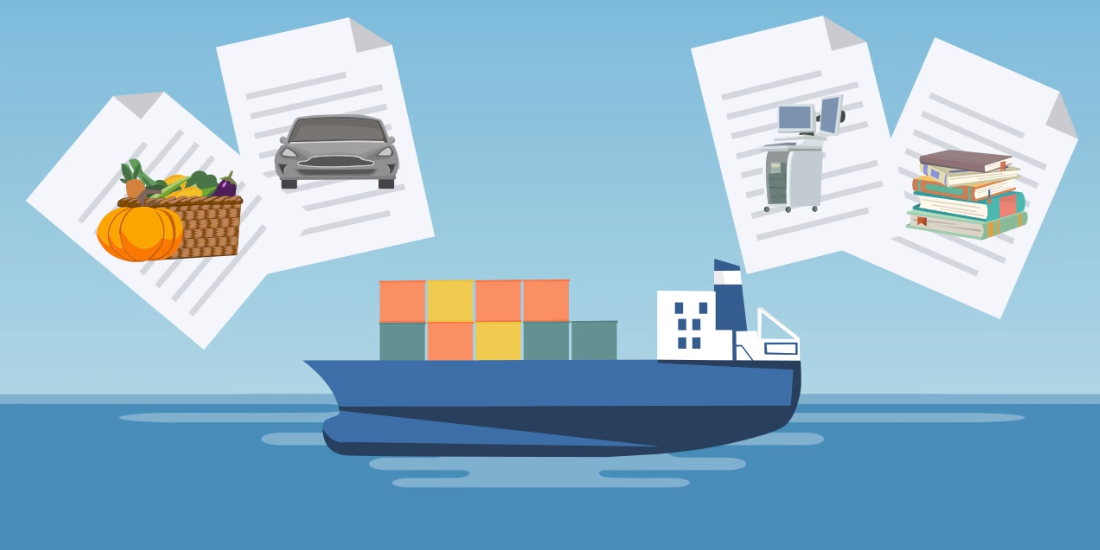 Manifest is a statement that contains information on the cargo loaded on a ship. It has the role of informing the customs at the landing side in advance of what kind of cargo is being transported.

Customs plays a role as a “checkpoint” that protects the safety and security of people’s lives.

The customs office identifies in advance goods suspected of being used for terrorist activities. And it checks the information on Manifest to ensure that such goods are not imported.

Background of Introduction of 24-hour Rule

Let’s start with the background of the introduction of 24-hour rule. The United States was the first country in the world to introduce and implement 24-hour rule.

The reason for the introduction and implementation of the rule was the terrorist attacks on the United States in September 2001. 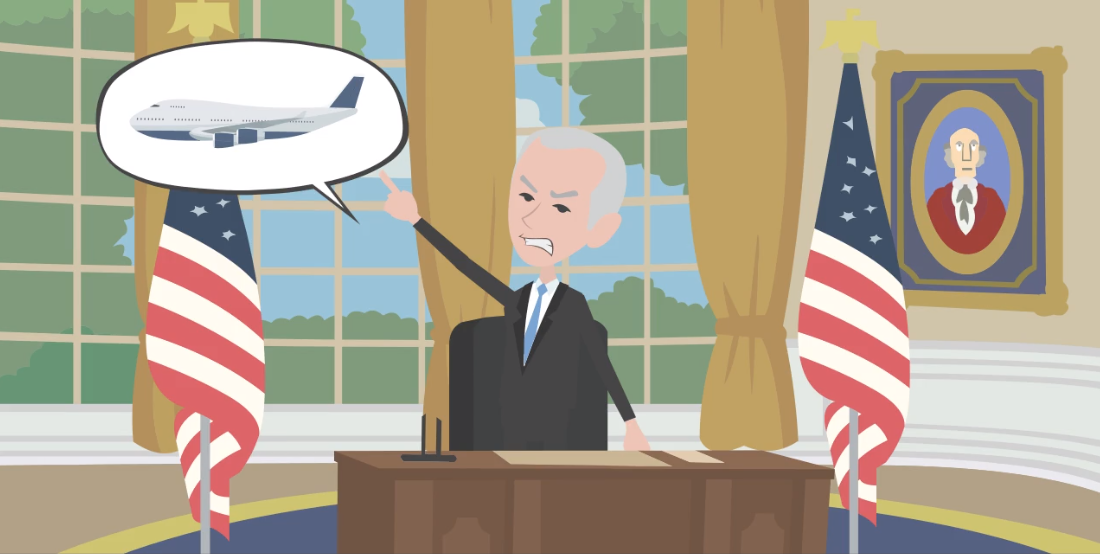 Since the terrorist attacks, the U.S. has tightened security rules for ocean cargo in order to prevent terrorism.

The U.S. Customs and Border Protection, CBP, has introduced “24-hour rule” as one of the security regulations as part of its anti-terrorism measures. 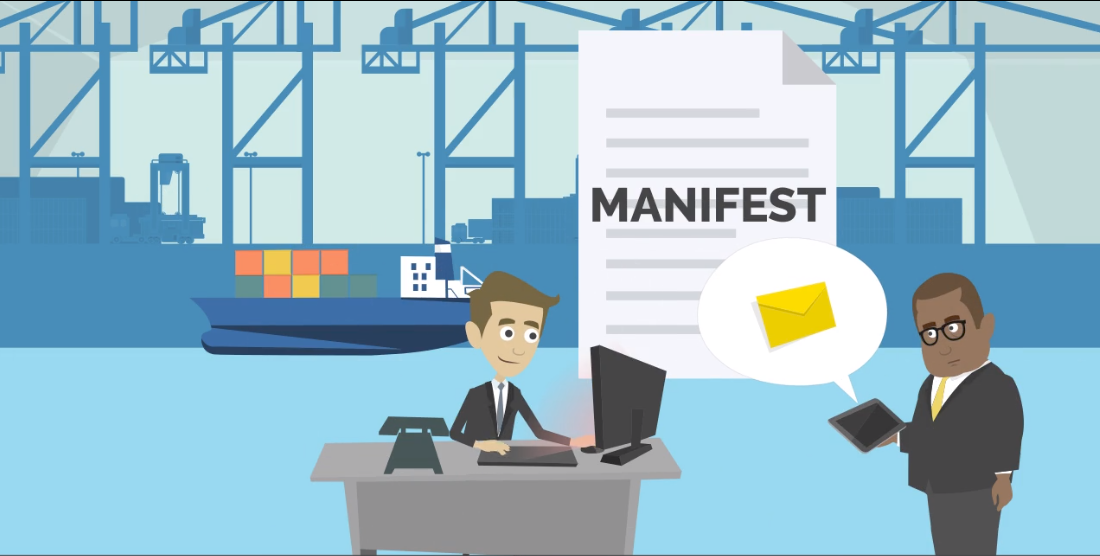 Next, let’s discuss 24-hour rule in U.S. for ocean transportation.

As I already told you, “24-hour rule” refers to the deadline for submitting Manifest.

The rule is that the shipping company must send Manifest to CBP at least 24 hours before the cargo is to be loaded onto the vessel at the foreign port.

If there is House B/L, NVOCC or Forwarder that created House B/L may create and send Manifest. 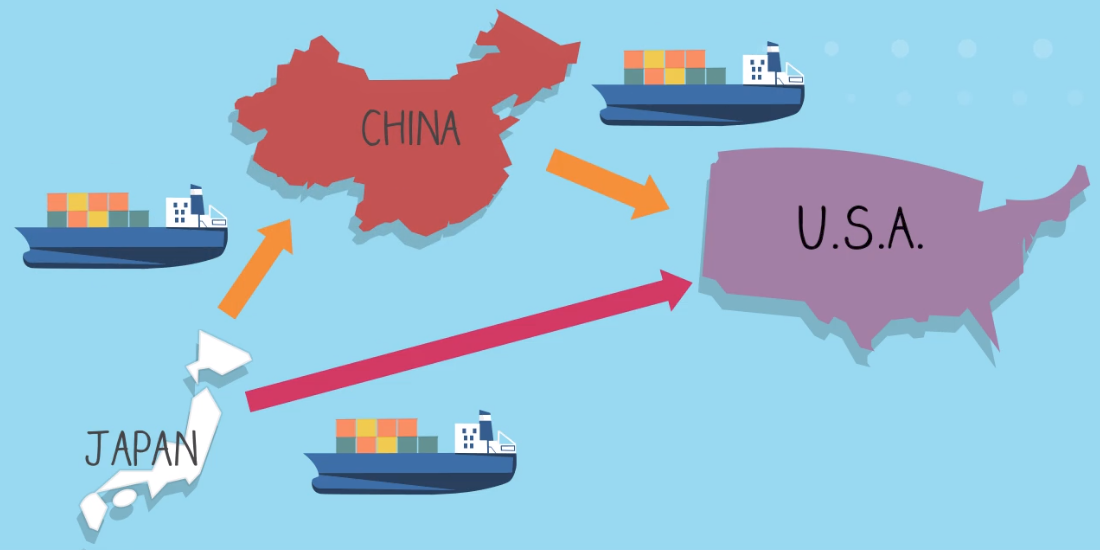 Who sends Manifest to CBP depends on whether the ship carrying the cargo is a direct ship to the port of discharge or the cargo is transshipped to another ship.

In the case of 24-hour rule in the U.S., if the ship carrying the cargo goes directly to the U.S., the shipping company at the loading port, NVOCC or Forwarder sends Manifest directly to CBP.

On the other hand, let’s look at the case, where the cargo is transshipped to another vessel at a port in another country before arriving in the U.S.

Before the vessel arrives at the U.S. port, the agent of the shipping company in the country of the last port of call sends Manifest to CBP.

In addition to cargo unloaded in the U.S., cargo imported to other countries via U.S. ports is also included in the scope of declaration to CBP. 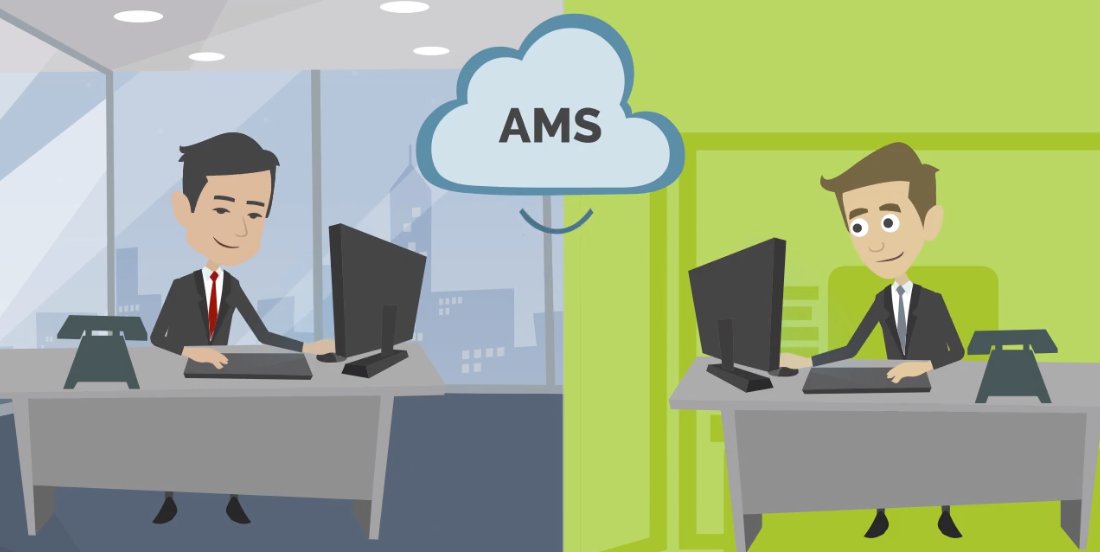 For this reason, sending Manifest is sometimes referred to as “AMS transmission.”

In addition, CBP requires importers to submit 10 items of cargo information and shipping companies 2 items. It is because to improve the screening system for cargo suspected of being used in terrorist activities.

In addition to the information on ISF, the importer is also required by CBP to report B/L No. as mandatory information.

CBP uses B/L No. to link and identify the cargo information on Manifest and ISF from the importer. 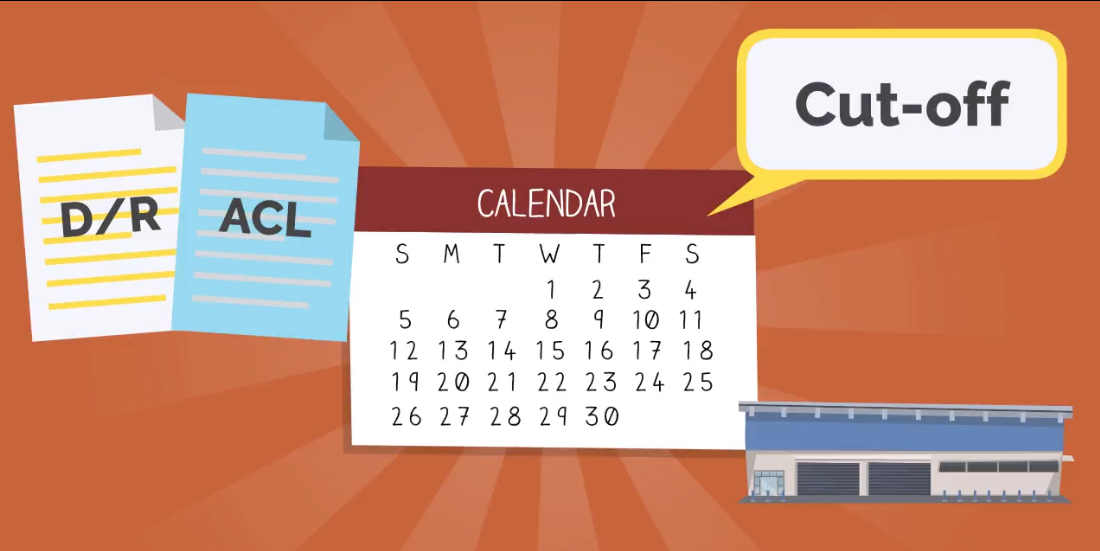 Next, let’s look at some of the points to keep in mind when using 24-hour rule.

First of all, be sure to check Cut-off.

Cut-off is the deadline for both the delivery of container cargo to the container yard and the submission of D/R, which is the basis of B/L, or ACL to the shipping company. 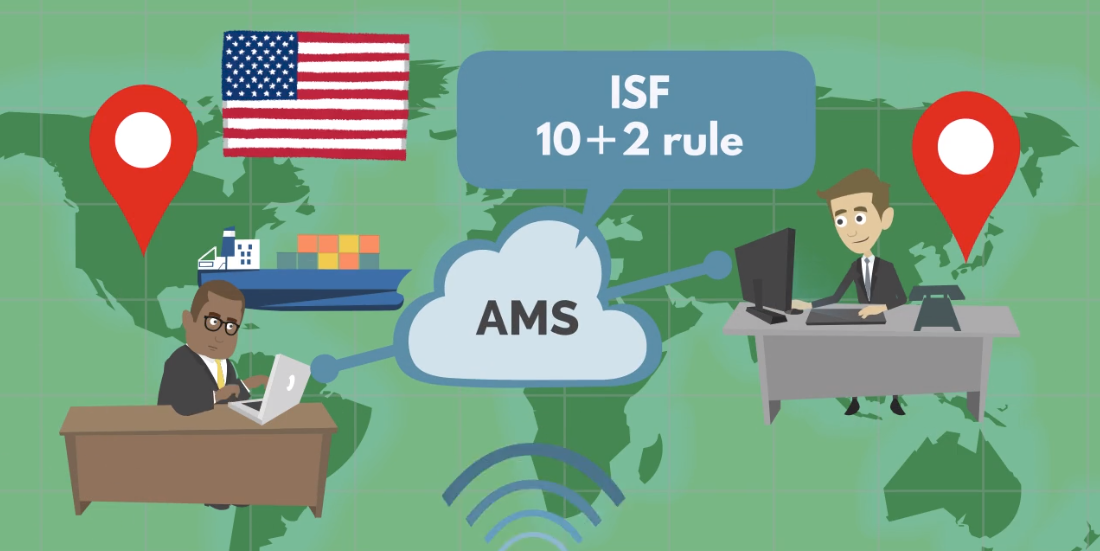 As mentioned above, in case that the vessel carrying the exporting cargo goes directly to the U.S., the shipping company at the loading side must send Manifest directly to CBP.

For this reason, the shipping company sets Cut-off two to three days earlier than the normal date.

This is to ensure that Manifest is sent to CBP at least 24 hours before the container cargo is loaded on the vessel.

Shipping companies have to deal with a huge amount of D/R and ACL information. Therefore, if you submit inaccurate information to CBP, you may be fined by them.

By setting Cut-off early, you will have more time to check with the shipper if D/R or ACL is incomplete.

In order to load the cargo without delay, it is important to check Cut-off as soon as the vessel is confirmed, so that D/R and ACL can be submitted to the shipping company by the date.

B/L No. to Importer 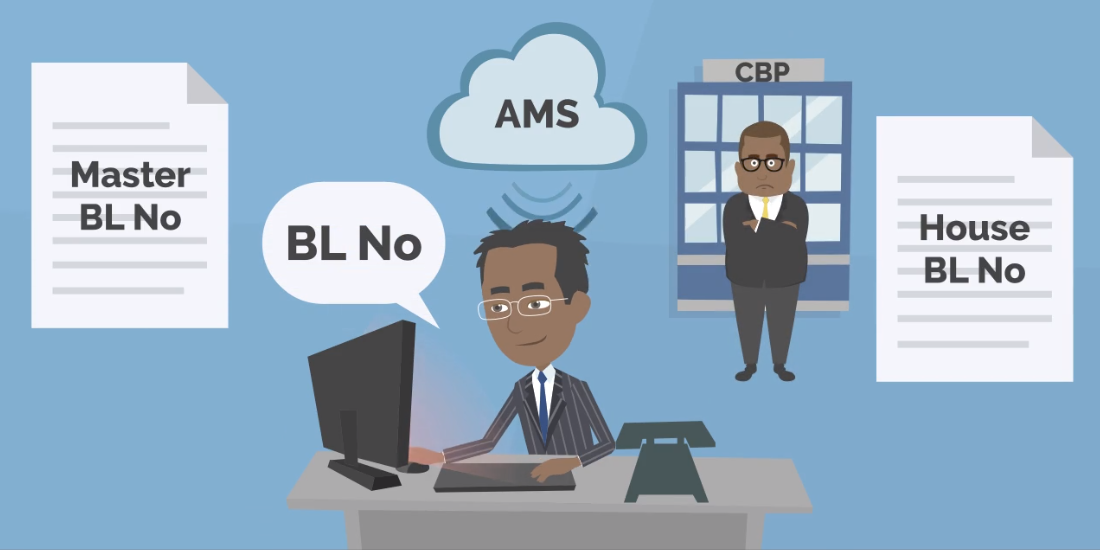 Also, when the Master B/L No. and House B/L No. are issued, contact the importer as soon as possible.

As mentioned above, the importer must report ISF information with B/L No. to CBP at the appropriate time. 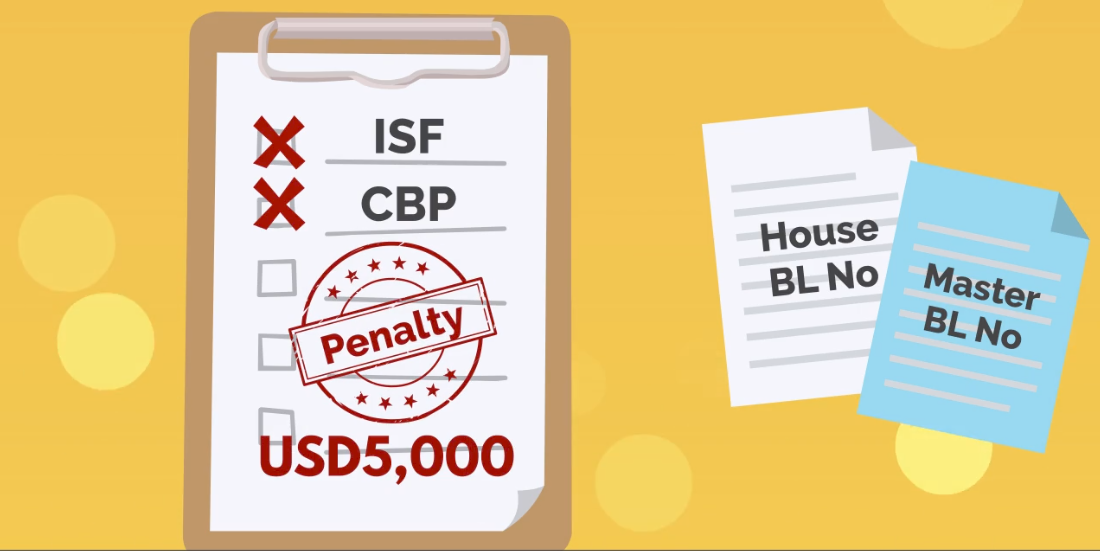 If you have House B/L, you will need to submit House B/L No. along with Master B/L No.

If ISF information is incomplete or sent to CBP at an inappropriate time, a penalty of USD5,000 will be assessed for each case. 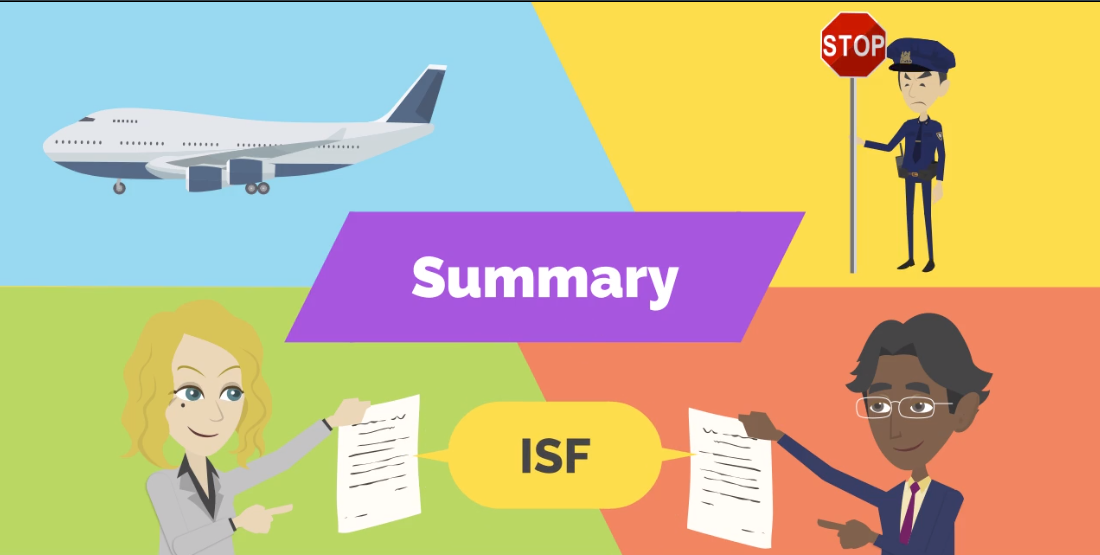 The U.S. 24-hour rule for maritime transportation was introduced as part of anti-terrorism measures.

ISF was also introduced to improve the system of screening cargo suspected of being used for terrorist activities. It matches and identifies information on the cargo with information both from the exporter and the importer. 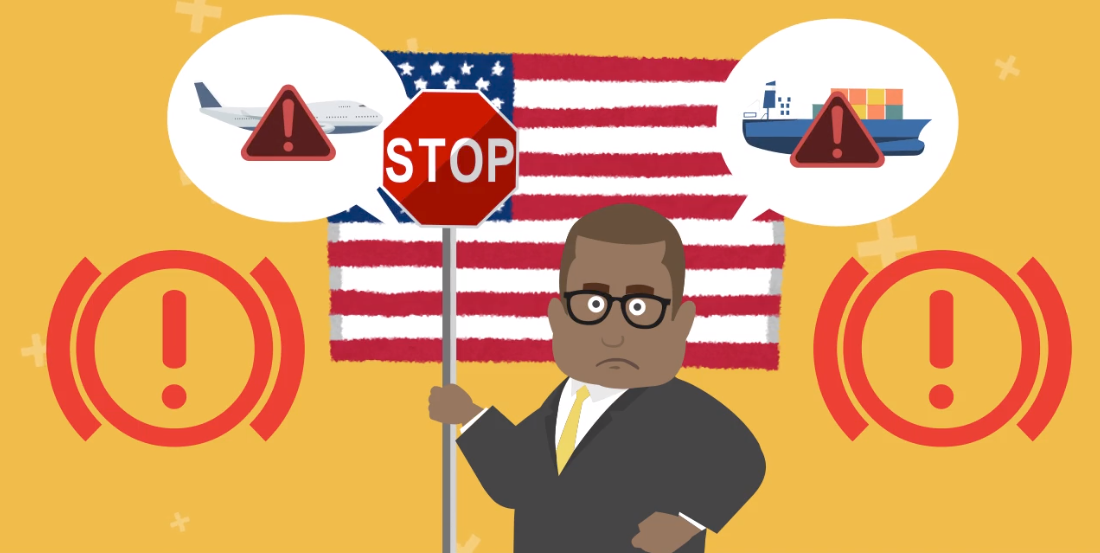 In the U.S., since the terrorist attacks, the security of cargo imported or transited through the country has become very strict. So, it is necessary to pay close attention to the arrangements when exporting or importing cargo.

In addition, in recent years, starting with 24-hour rule in the U.S., Canada, Europe, China, Israel, Egypt, Japan and other countries have also introduced their own 24-hour rules as a countermeasure against terrorism.

Therefore, it is recommended that you check in advance if country to export has 24-hour rule.

Thank you very much!