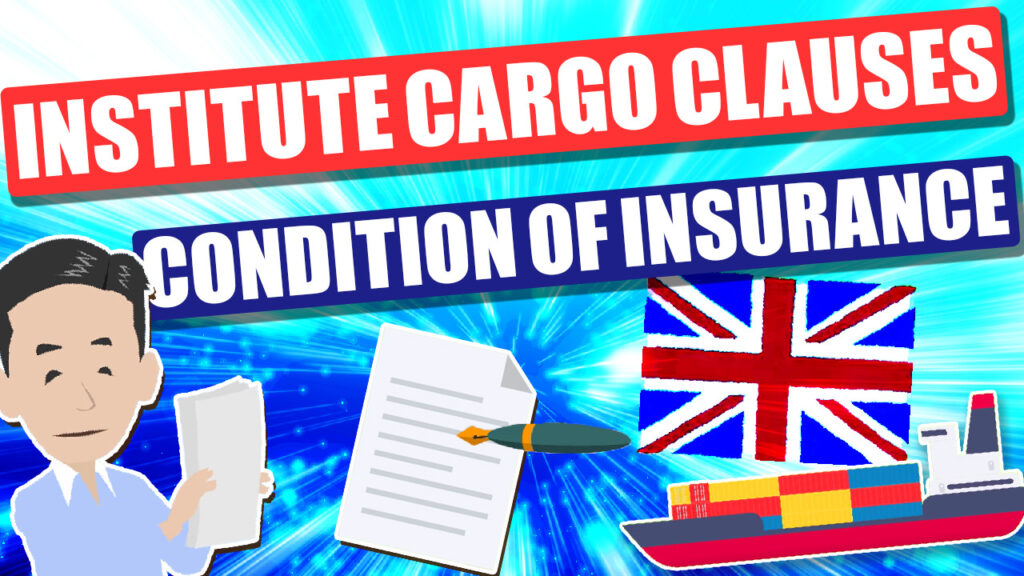 In this video, I will explain in detail the Institute Cargo Clauses and Insurance Conditions.

There are many different types of cargo insurance just like life insurance, but in this video, I will explain those that are determined on a worldwide basis.

The New and Old Institute Cargo Clauses and Insurance Treaties 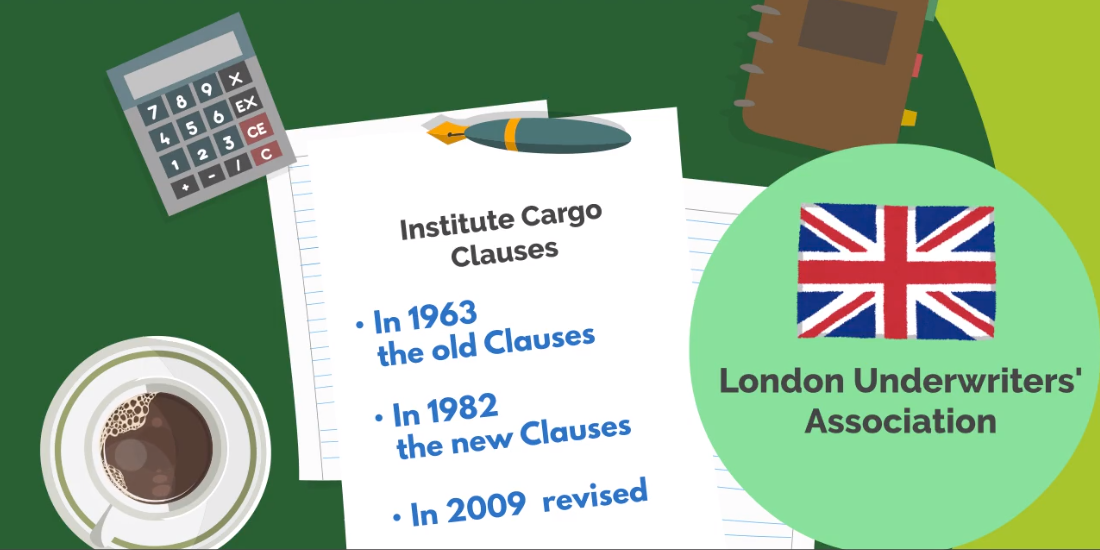 These clauses were established by the London Underwriters’ Association based on Lloyd’s of England insurance policies created more than 200 years ago.

And they are still in use in many countries around the world today. 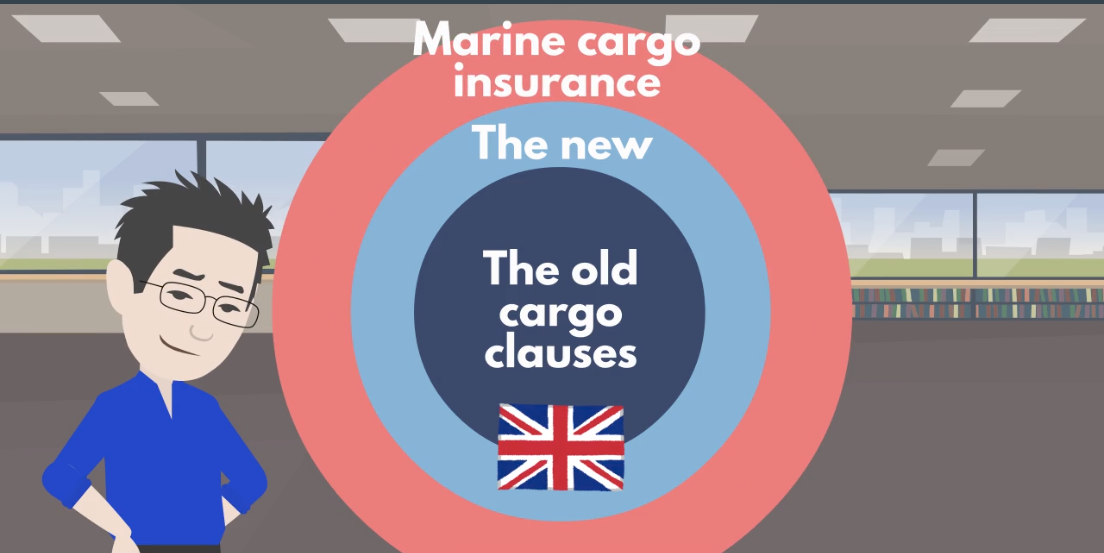 The old cargo clauses can still be used today, but the new cargo clauses have detailed conditions that were not originally covered by the old one.

Based on the basic contract clauses set forth in the Institute Cargo Clauses, the conditions of the current marine cargo insurance are also set. 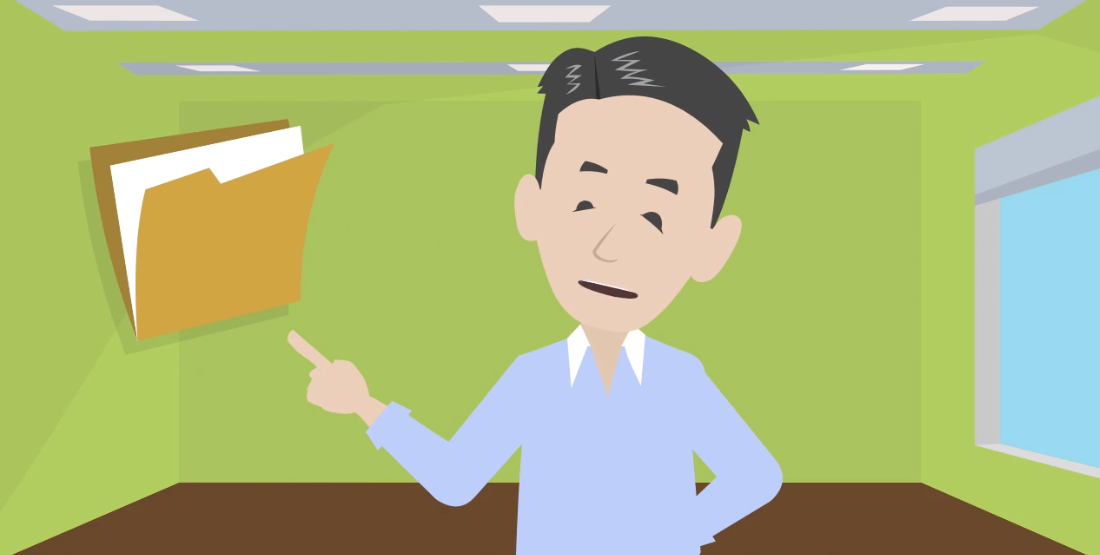 Let me explain the insurance conditions of the old and the new institute cargo clauses.

The scope of risks covered differs depending on the insurance conditions, so make sure you understand them.

First, there are three types of insurance conditions based on each of the old and new cargo clauses.

Although the old and new clauses are not significantly different, it is important to keep in mind which of the old policy clauses the new policy clauses correspond to.

Let’s look at them one at a time. 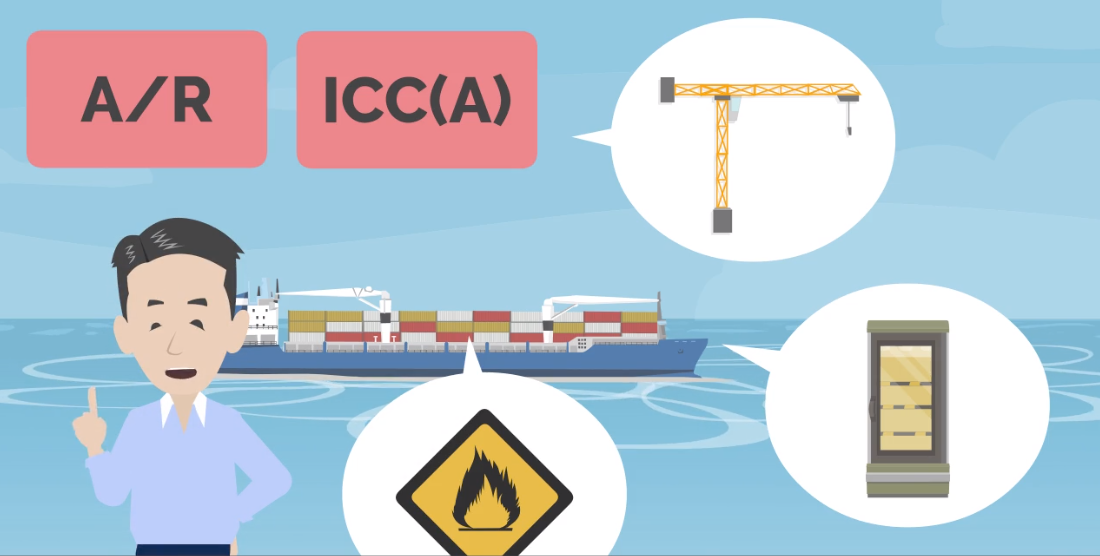 Insurance Condition ICC(A), in the new cargo clauses corresponds to A/R, All Risks in the old one.

This condition is the broadest in scope of coverage.

It covers not only marine perils but also all risks during transportation including accidents during loading and unloading.

It is widely used for home appliances, machinery and other products.

However, it is important to understand that there is also a deductible and that the insurance does not fully cover all problems.

Next, ICC(B) in the new cargo clauses is WA, With Average, in the old one.

This is a condition that covers total loss to the cargo due to overturn, etc. and damage to a portion of the cargo partial loss.

For example, it covers water damage to some cargoes due to storm surge, tsunami and so on.

It is used for bulk cargoes such as wheat, beans, feed, etc.

Finally, the new cargo clauses ICC(C) which corresponds to FPA, Free from Particular Average, of the old one.

This condition is the narrowest collateral scope condition.

It does not cover partial loss but only total loss such as stranding or capsizing of a ship.

It is used for cargos such as minerals, timber, scrap iron, and so on where the risk of cargo damage is small. 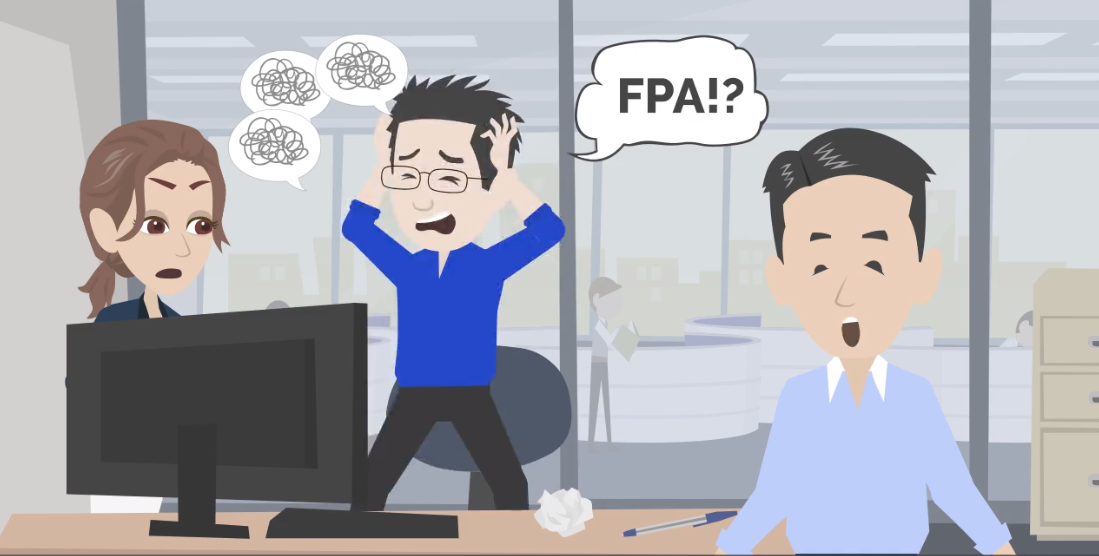 If you think you are safe because you have insurance, it may actually be the case that water damage to individual cargo items is not covered by your insurance policy.

To avoid such a case, make sure to check the type of damage and the coverage of the insurance policy. 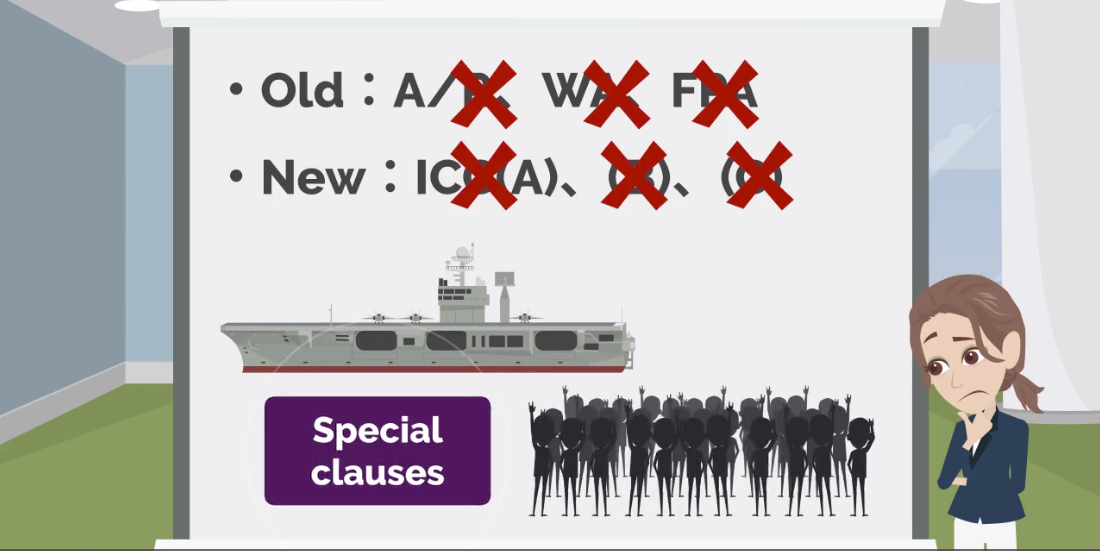 However, there is one risk that is not commonly covered by the insurance conditions described.

These are war perils and strike perils.

This is not covered by ICC(A), which has a wide range of coverage, and insurance for these perils must be separately insured as a rider. 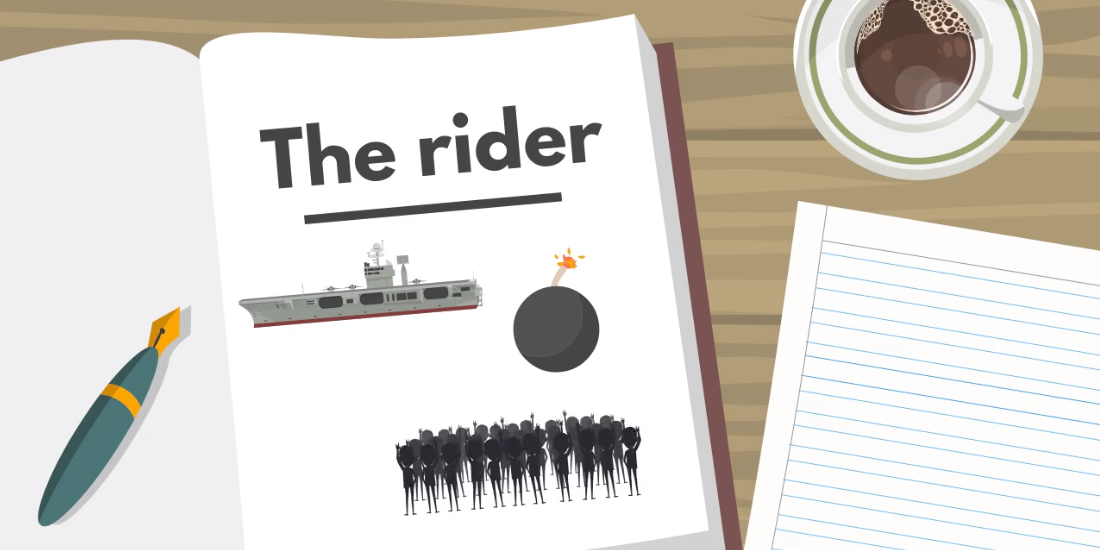 Strike insurance covers loss or damage due to unexpected strikes by transport operators. 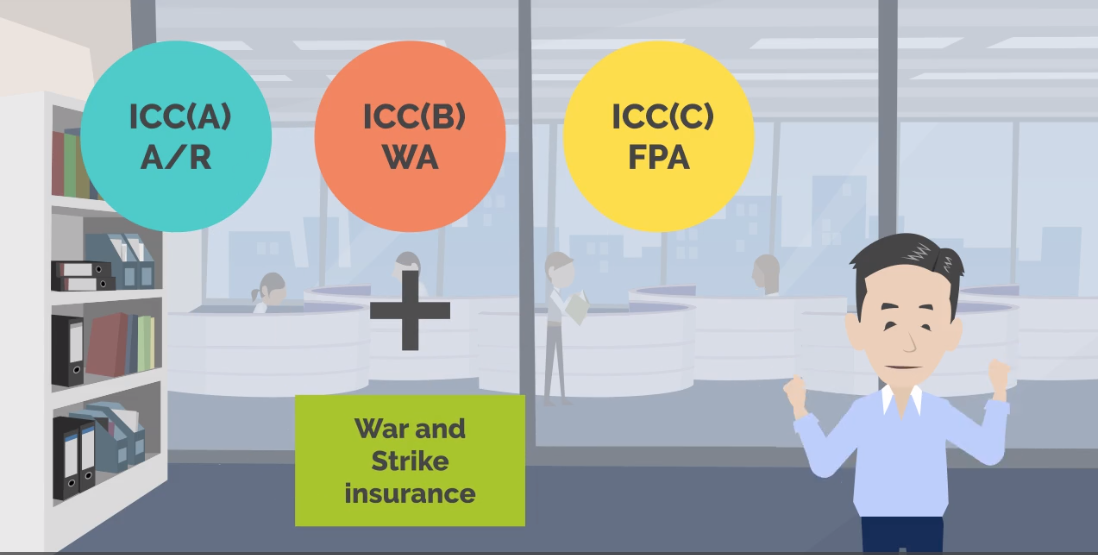 Many insurance companies offer cargo marine insurance as a set adding war and strike insurance to the three types of insurance conditions mentioned above.

Whether or not a special clause is added depends on the nature of the transaction and the company with which you are doing business.

Therefore, it is necessary to confirm it on a case-by-case basis.

Some companies with a large number of transactions may provide unconditional full coverage for all cases on a comprehensive basis.

It is also important to understand that insurance cannot solve everything.

There are certain items that are considered deductibles in cargo marine insurance, so that the insurance company is not at an extreme disadvantage.

If the damage is caused by any of the following items, the insurance will not cover the damage.

To avoid damage due to these reasons, make sure to pack and prepare in advance to prevent problems before they occur.

I will explain them one by one. 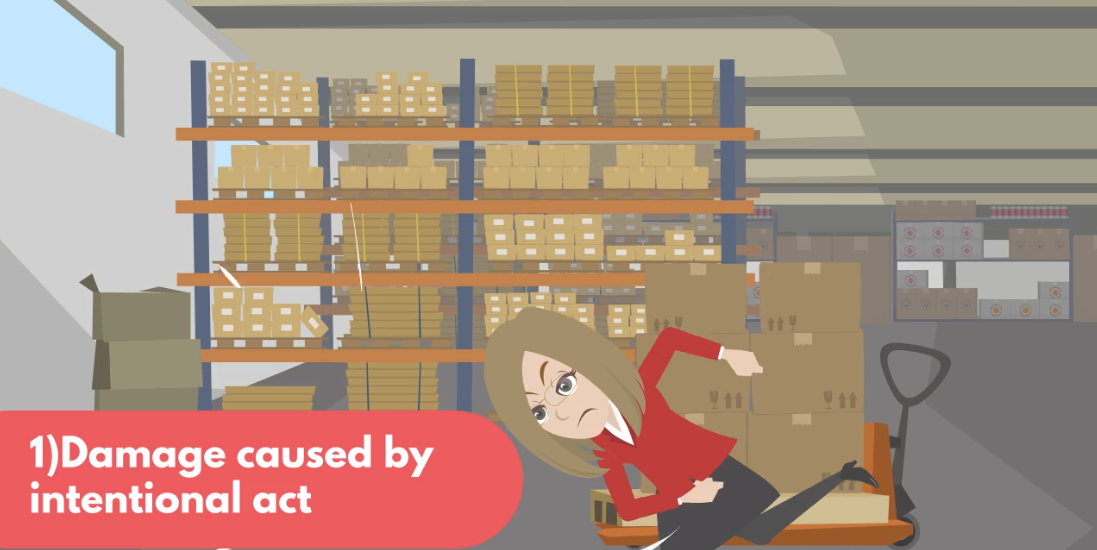 It is an illegal act for an insured to intentionally cause damage to cargo to obtain insurance benefits, and cargo marine insurance does not cover such damage.

2) Damage due to normal leakage, loss of weight or volume or natural wear and tear. 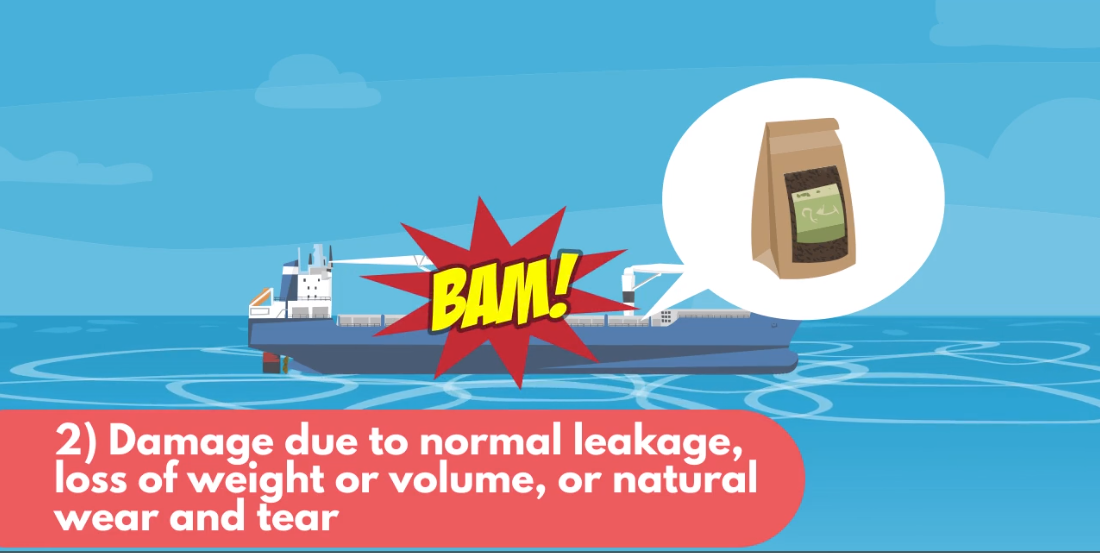 These are considered natural wear and tear and are exempt from liability under marine cargo insurance.

3) Damage caused by inadequate, or improper packing of cargo.

Damages caused by inadequate or improper export packing of cargoes are exempted from liability under marine cargo insurance.

These are included in the scope of inadequate loading into containers and inadequate packing.

However, packing done by a third party after the insurance coverage period has started will be covered.

4) Damage caused by inherent defects, or characteristics of the cargo.

Cargo marine insurance does not cover defects that are inherent to the cargo itself or those caused by its inherent nature.

Examples of such defects include rust that naturally forms on metals and maturity rot of agricultural products. 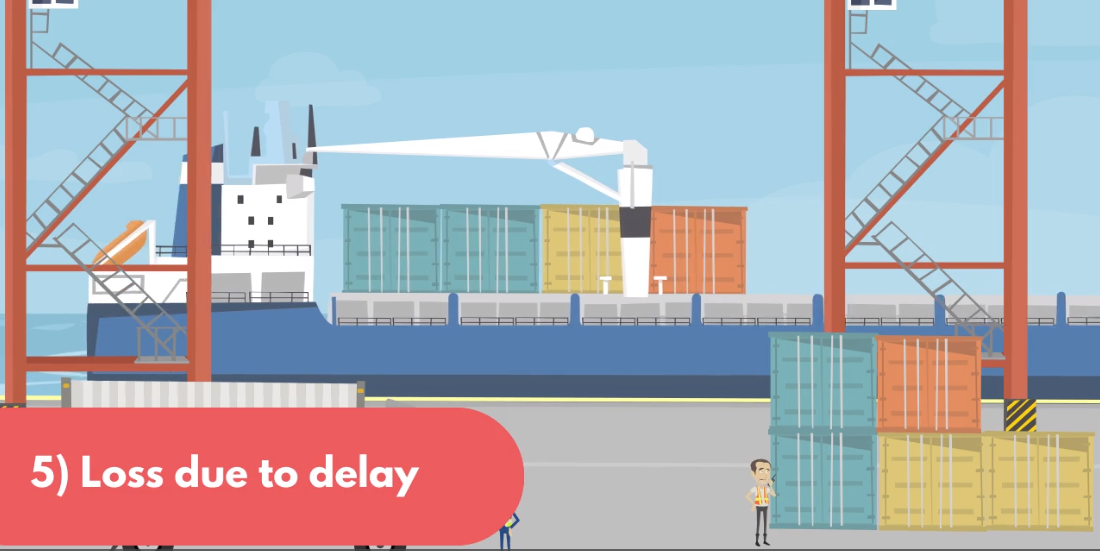 The marine cargo insurance does not cover lost opportunities due to ship delays. 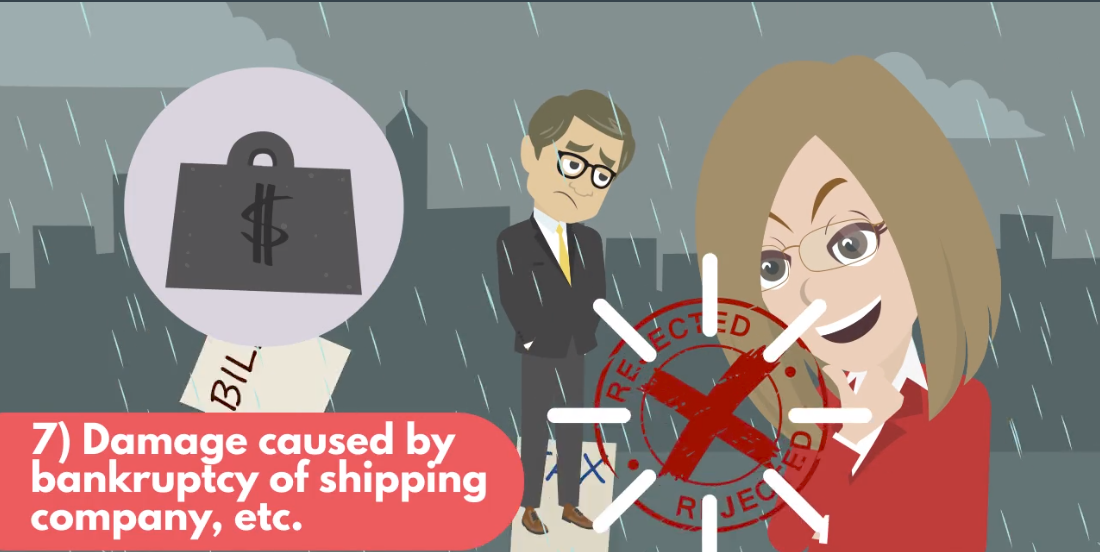 The key to cargo marine insurance is to select insurance conditions that match the nature of each cargo after confirming the scope of coverage and deductibles.

The contents explained here are the basic conditions. 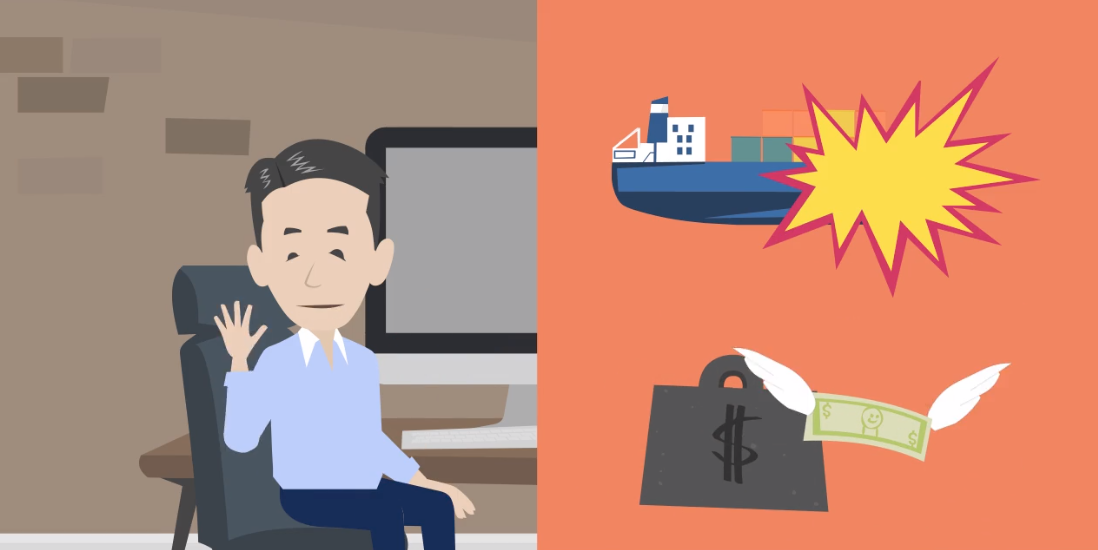 There is also a way to ensure that the scope of risk you want to cover is covered by adding special clauses to match the terms of trade.

If cargo is damaged in an accident during transportation, there is a high possibility that the cost of transportation, damage to the cargo and compensation to the customer will be substantial.

Marine cargo insurance is essential for anyone involved in trade. Make sure you are well prepared.

That’s all for this time. Thank you very much!