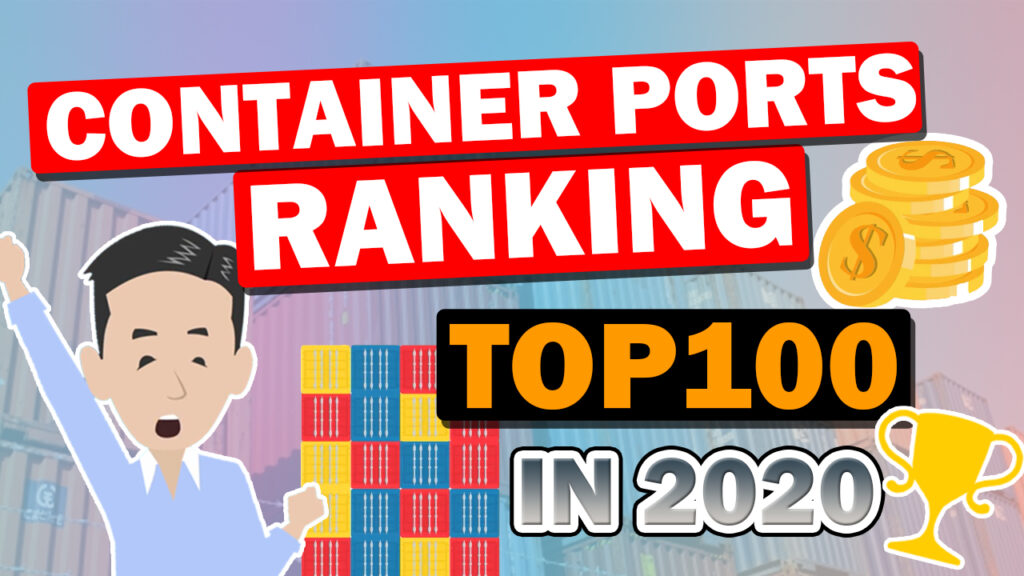 About “World Ranking of Container handling volume at ports in 2020”!

In this video, I would like to talk about the top 100 ports in the world of container handling volume for 2020 according to Lloyd’s List in the UK. 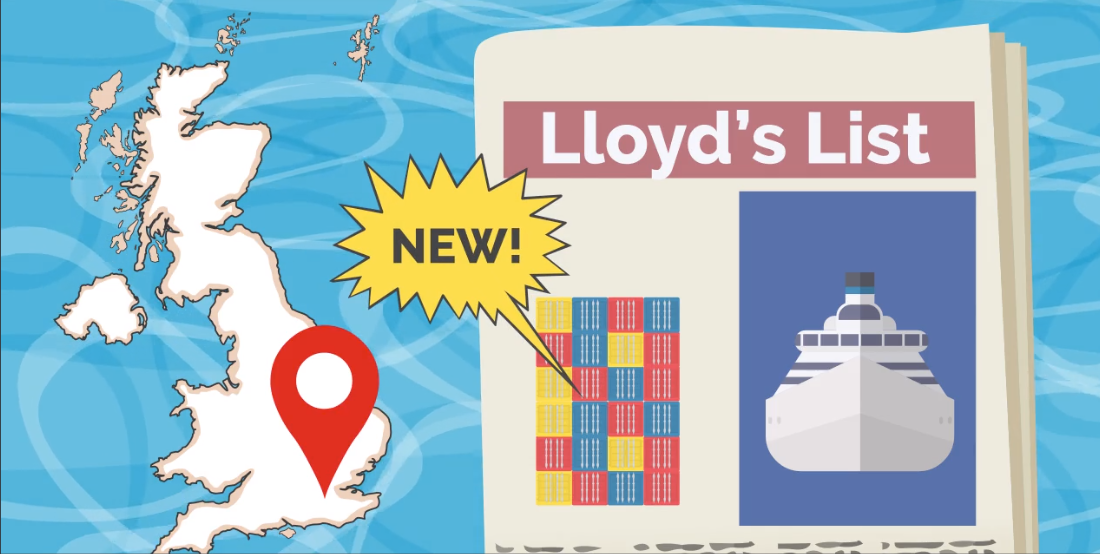 Lloyd’s List is a historic shipping journal that has been publishing shipping news in London since 1734.

The volume of containers handled in this video is for the year 2020 which is the latest data available.

Last year (2020), the corona disaster spread and then the infection became more serious in many countries.

When I saw the news, I thought that the world’s container cargo handling volume has decreased. 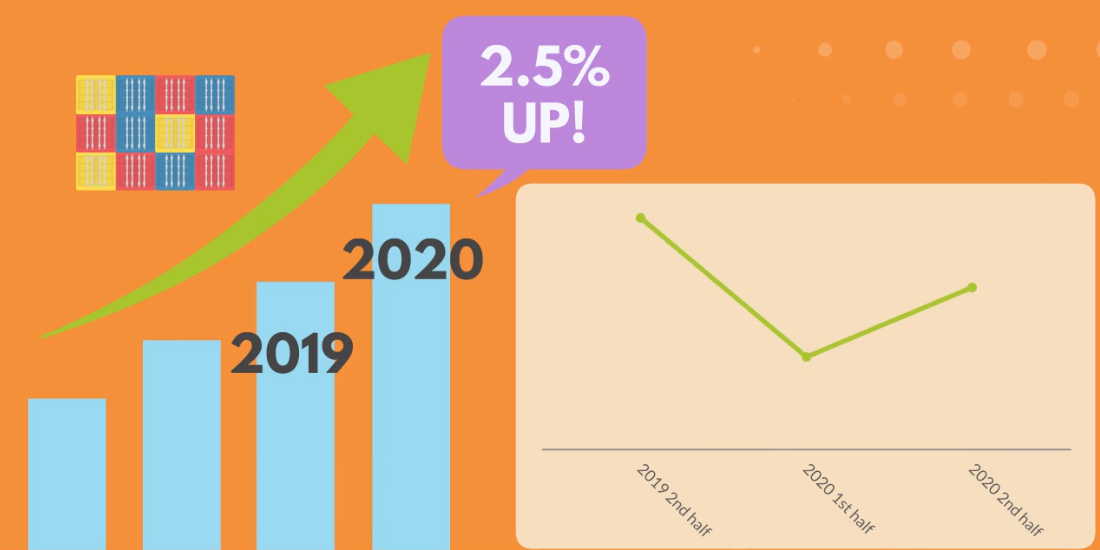 In the first half of 2020, there was an overall decline in container transportation volume, but there was a huge upturn in the second half.

By comparison, although growth slowed in 2020, my personal impression was that the global economy grew strongly even with the Corona disaster.

And when it comes to container volumes, the focus is on China where overall port volume growth in 2020 was less than 3%.

Nevertheless, China’s transportation volume accounts for 40% of the world’s total container handling volume. After all, the world’s largest population and its presence as the world’s factory have a great influence. 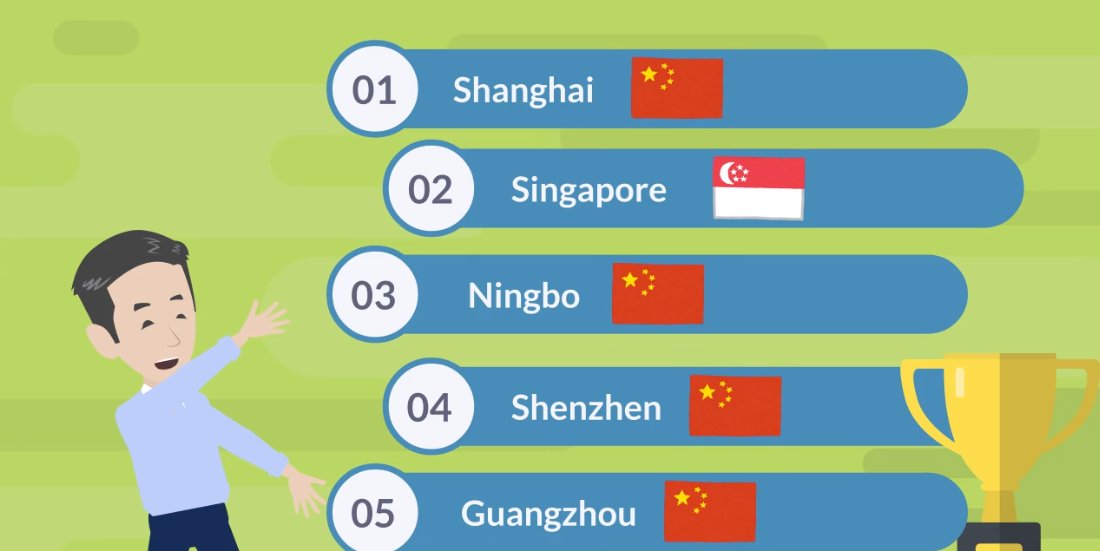 9.
Here is the ranking of the container port volume for 2020.

There are four Chinese ports in the top five.

Shanghai has been in first place for 11 years in a row, and Singapore in second place is famous as a world hub. 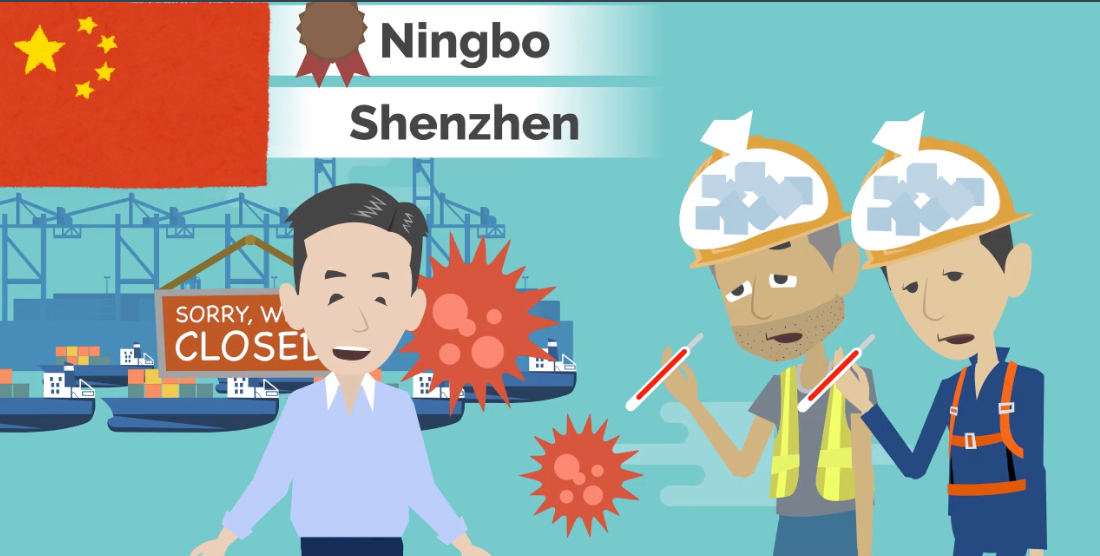 In 2021, there were cases of corona infections among port workers at Ningbo in third place and Shenzhen in fourth place.

And some terminals were closed which caused heavy disruptions in international logistics.

I learned that the closure of some of the world’s 3rd and 4th ports, has a huge impact and can lead to major problems in practice.

Ranking Outside the Top 5 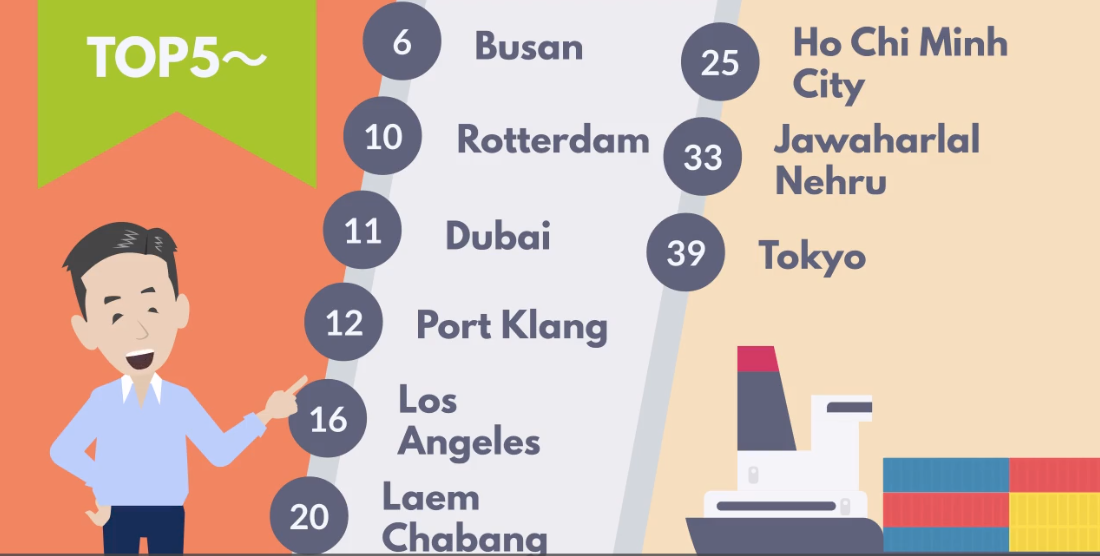 I will explain the points that caught my attention. 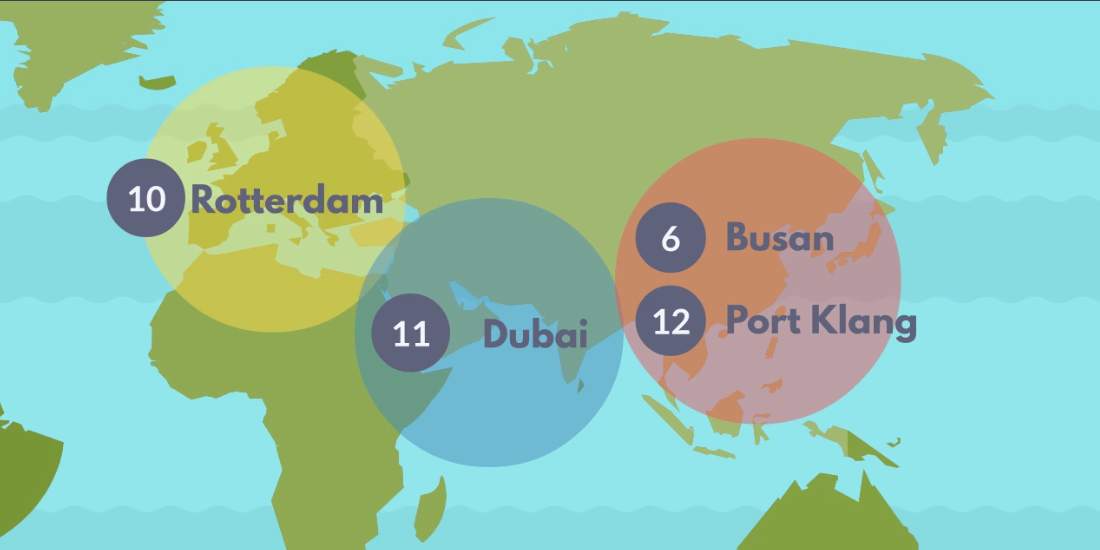 Busan and Port Klang are well known as hub ports for Asia.

Rotterdam in 10th place is a hub port for Europe. And Dubai in 11th place is the one for the Middle East and Africa.

Hub Ports in the World

As you can see, the location of a world hub port is important, but it also starts with the country itself deciding to become a global hub port and setting up port facilities.

Large ships carrying more than 20,000 TEU will be calling at the port, so the water depth will need to be sufficient and it will be a major national project.

Singapore may be a small country but it is an important hub in Asia.

The Countries Known as Production Bases

Port of Laem Chabang in Thailand in 20th place, and Port of Ho Chi Minh City in Vietnam in 25th place, are not hub ports. We can confirm the strength of Thailand and Vietnam in Southeast Asia as production bases.

Also in Vietnam, there is a lot of investment from South Korea and Japan and in recent years its from China has also been growing.

Vietnam’s location closer to China and the U.S. than Thailand also has the potential to grow next to Thailand.

The Potencial of India 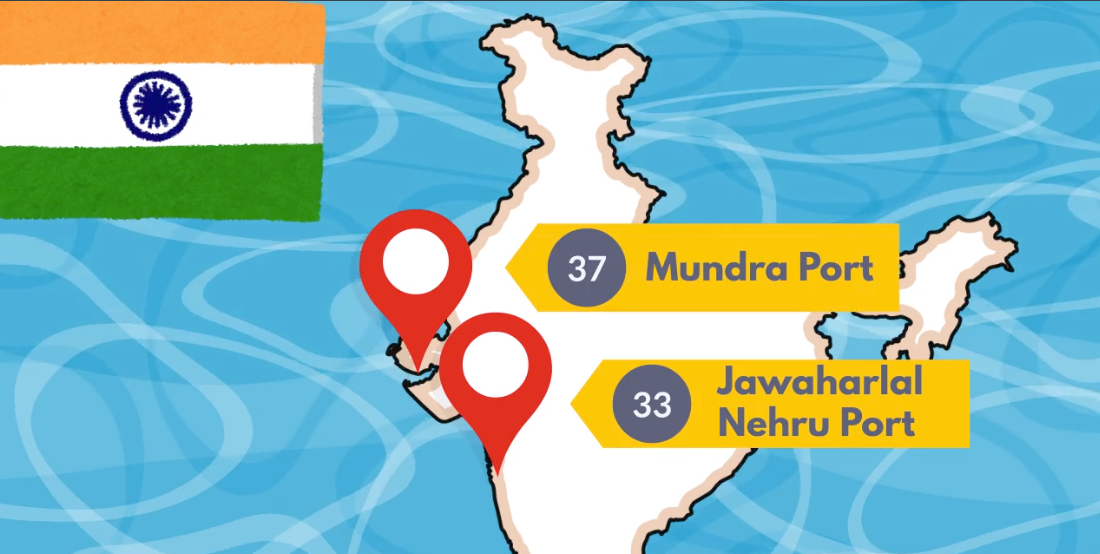 Jawaharlal Nehru Port ranked 33rd is the first Indian port to be ranked. The next Indian port on the list is Mundra Port in 37th place.

The reason why India’s first rank is 33rd even though it is the second most populous country after China is because it imports a lot to cover its large population and exports not so much.

In fact, imports are about 35% higher than exports. I also have the impression that India’s industry is still strong in IT.

However, if India becomes more influential as a production base in the future, the power structure of ports may change.

I believe that there is a possibility, that Indian ports will be among the top five in the future.

I personally think that it is very interesting to see the flow of the economy from a larger perspective when you can see the flow of container handling volume like this.

The following is a link to the Lloyd’s list, so please take a look. 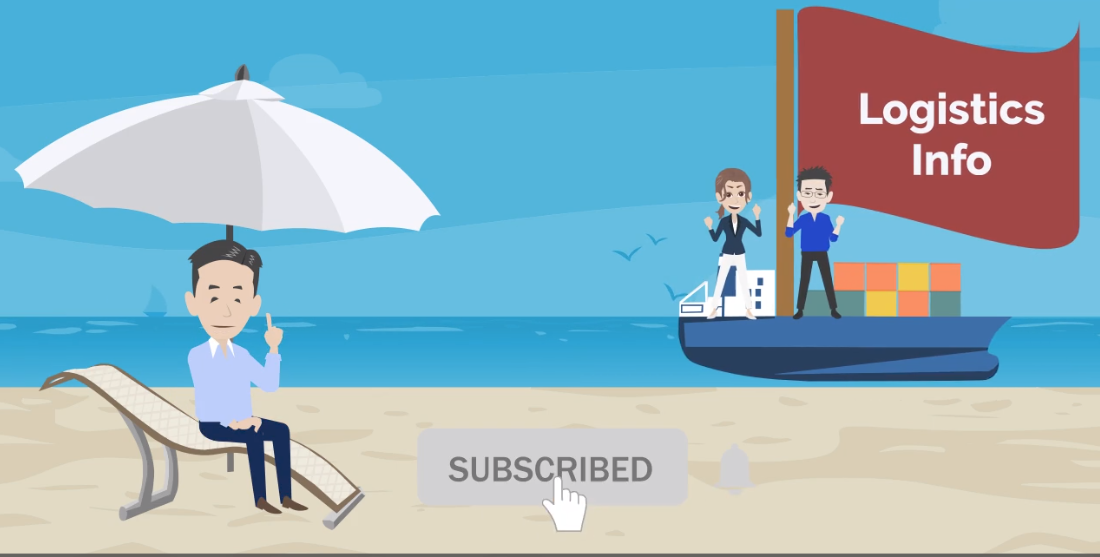 I’ll be keeping you informed about logistics on this channel, so please subscribe this channel after watching this video if you have not yet.

That’s all for this time. Thank you very much!