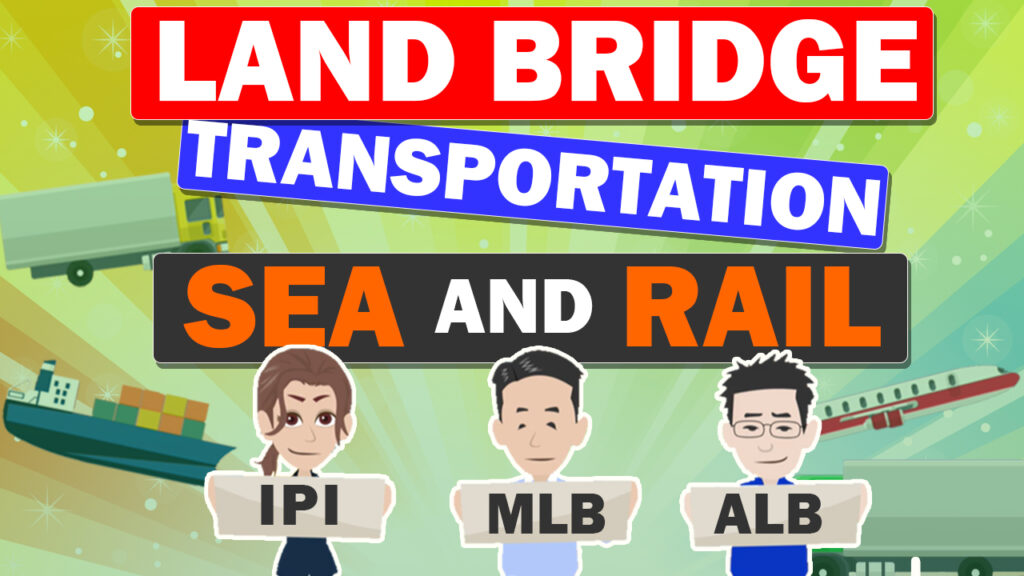 Explained about Land Bridge Transportation -Sea and Rail- by Video

I would like to talk about Land Bridge Transportation.

What Land Bridge Transportation is

The word “Land Bridge Transportation” might sound somewhat difficult.
It is called that transportation combined by ship, plane, rail, truck, and trailer across countries. 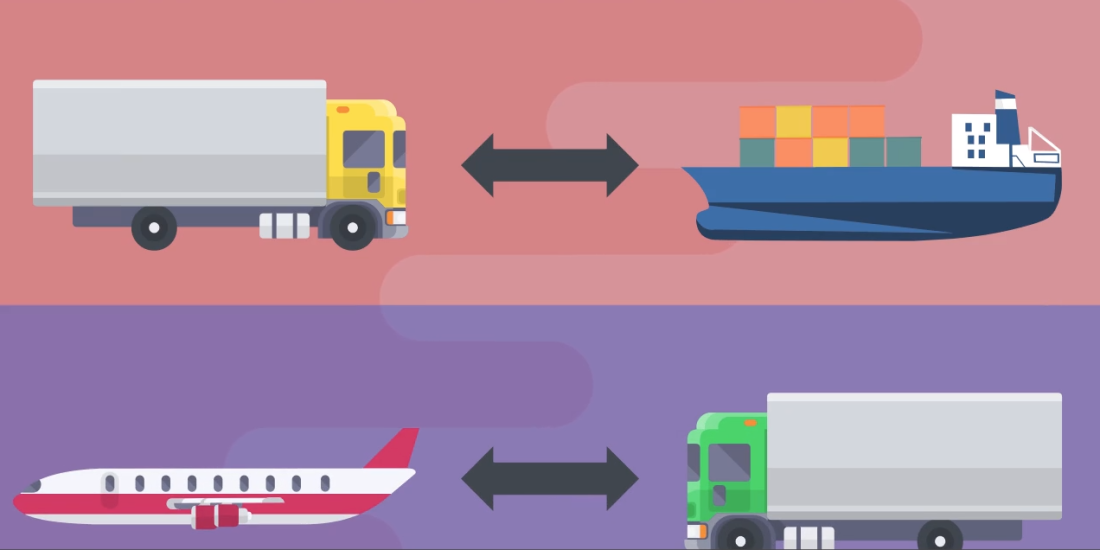 In this video, I would like to introduce Land Bridge Transportation (sea and rail), which is not so familiar in Japan and Southeast Asia.

It is important to understand, which routes are actually used to transport cargo, so that you can have a wider range of options, for transporting your cargos.

Route of Sea and Rail

First, let’s take a look at transportation, by rail in the U.S.

Transportation by rail from ports is very important, because U.S. is a very large country. So there are several Land Bridge Transportation routes.

IPI -inland base and route in North America-

First of all, let me introduce IPI (Interior Point Intermodal).
It is an inland hub for the transportation of containers by rail.

There are IPI in various regions connected by rail, and they deliver containers, transported by sea to West Coast Ports in U.S. to inland by train.
This route is also called IPI.

Only IPI has two meanings, “inland base” and “route”, so it may be a bit complicated.

MLB -across the continent in North America-

Next, it is about MLB (Mini Land Bridge).
MLB is a route, which transports containers arrived on the West Coast, across the continent by rail to the East Coast of U.S. or Gulf of Mexico.

It is good to remember that, IPI is inland and MLB is transcontinental.

ALB -across the continent in North America and to Europe-

ALB is the route of Land Bridge Transportation to deliver containers arrived on the west coast by sea across U.S. from west to east by rail and transported from the east coast to Europe by sea.

Finally, it is not a combined transportation, however the route is called All Water which transports from Asia to the east coast of U.S. and Canada, by sea via the Panama Canal.

It is a good idea to keep this in mind as well.

Sea and Rail in Russia and China

In addition, in Russia and China, which have large continents, there are also a lot of transportation by rail.

This is the route to transport cargos by sea from Japan to Lianyun port, and then transfer them to Kazakhstan, Uzbekistan and also other European countries by rail.

The reason why Sea and Rail is paid attention to now

Due to the shortage of containers and space on ships, which has been continuing since the end of 2019, there has been a lot of attention paid to transportation by rail.
Especially, ocean freight rates from Asia to U.S. and Europe, are at an all-time high, and it is extremely hard to book the space.

If you know these routes of Land Bridge Transportation, which introduced in this video, it may increase your chances of being able to transport cargos in case the lack of space on the ship.

I provide information on trade and international logistics in this channel, so please subscribe, if you have not yet.

That’s all for today.
Thank you!