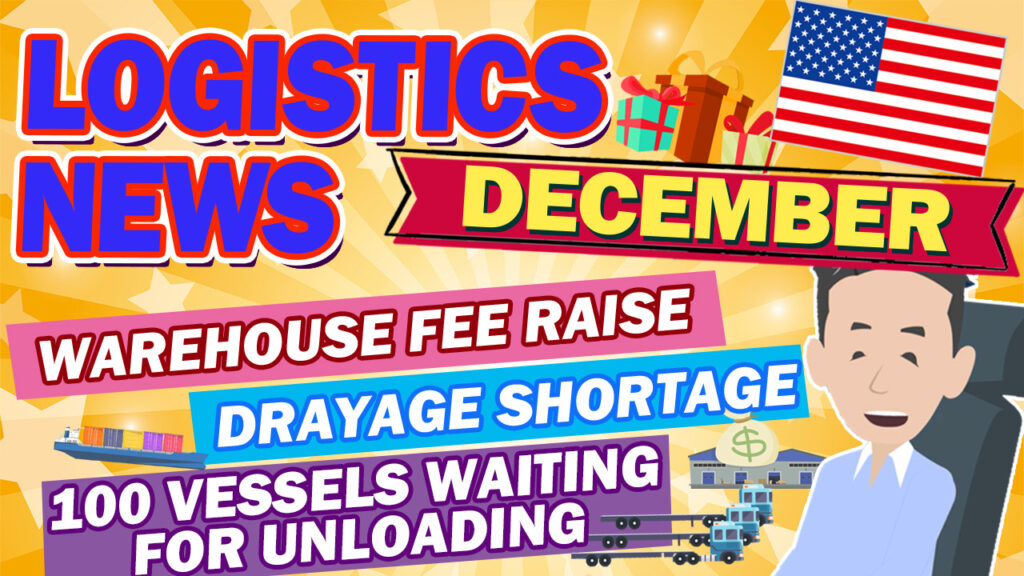 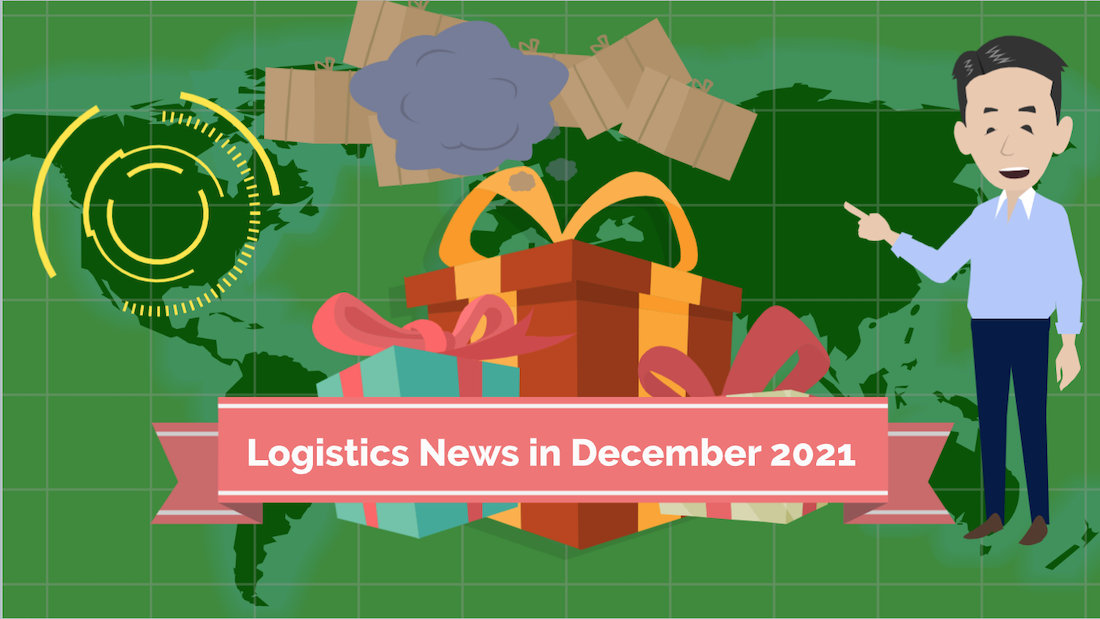 This time, we will focus on news from North America which will give you a more detailed understanding of the current state of supply chain disruptions. 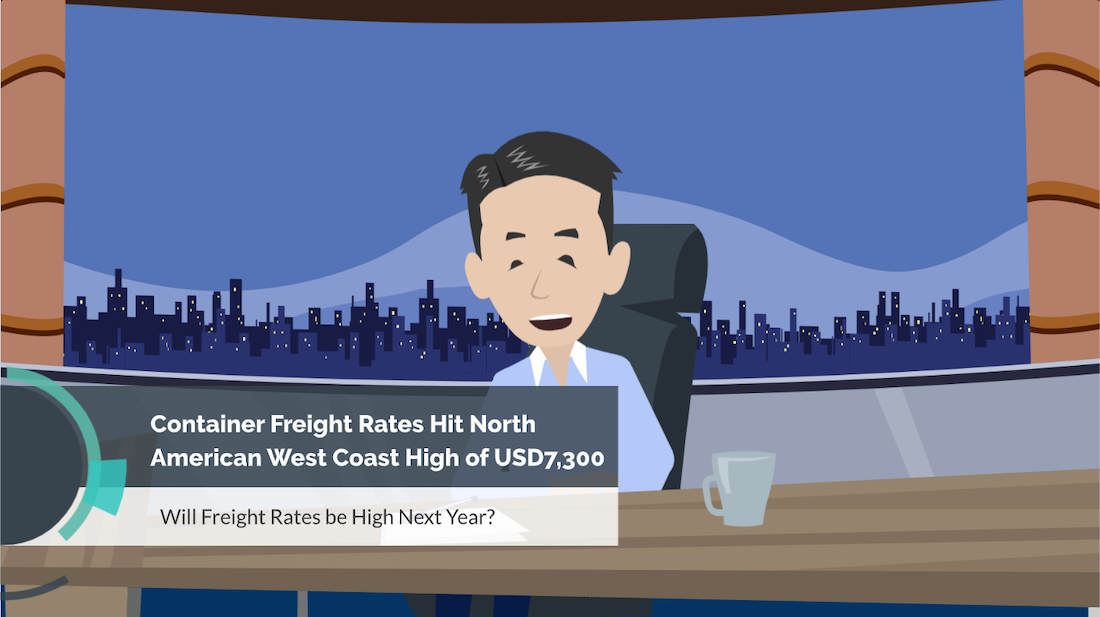 The momentum of rising fares, which would normally settle down in December, has not stopped. 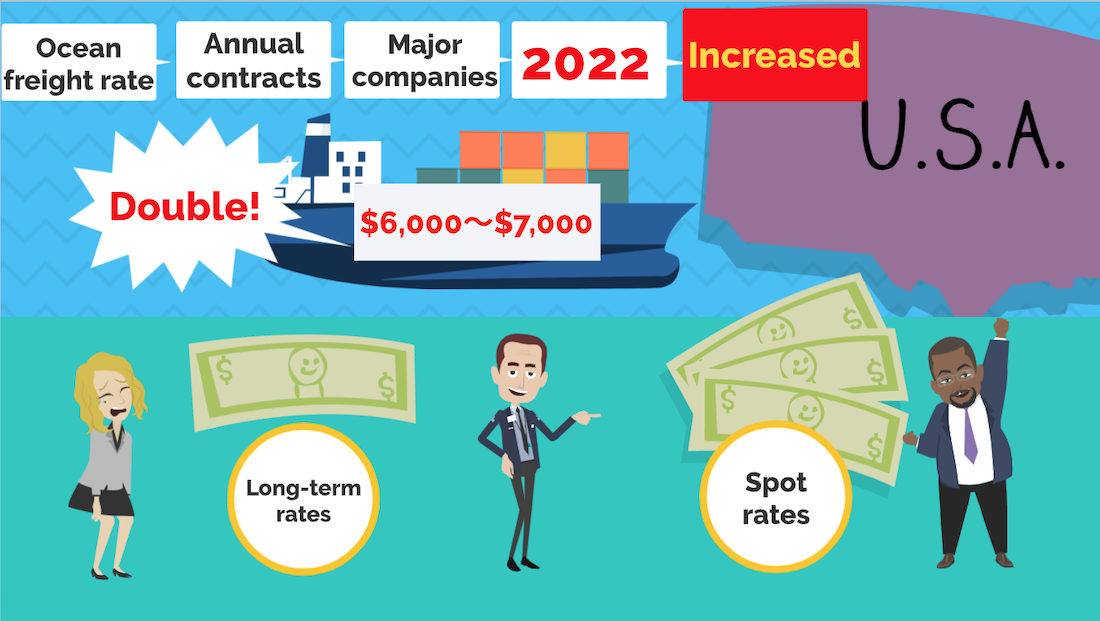 As a result, the ocean freight rate of annual contracts for major companies in 2022 has also increased with the base rate said to be USD6,000 to USD7,000 for the West Coast. This is double the rate of this season.

For this reason, ship space may give priority to shippers with spot rates, and freight rates are expected to be high in 2022.

Effectively 100 Ships Waiting off the West Coast of North America. Unable to Dock Nearby due to Emissions Regulations 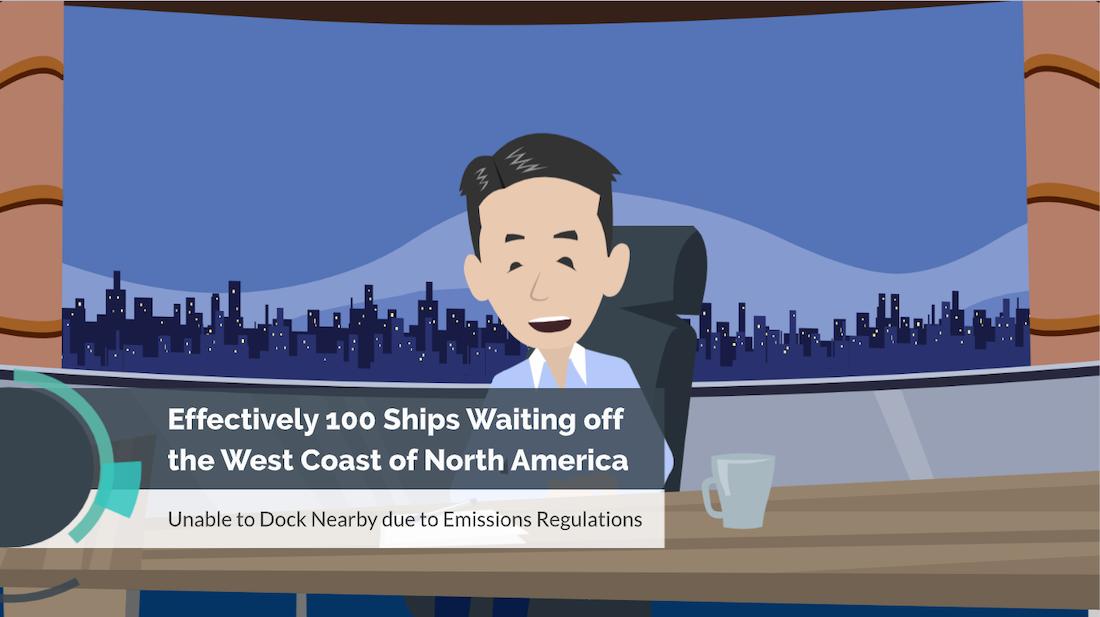 At the ports of LA and LB, on December 14th, 30 container ships were loading and 30 were waiting offshore.

However, 71 vessels were waiting to enter the port at reduced speed away from San Pedro Bay, where the LA and LB ports are located. 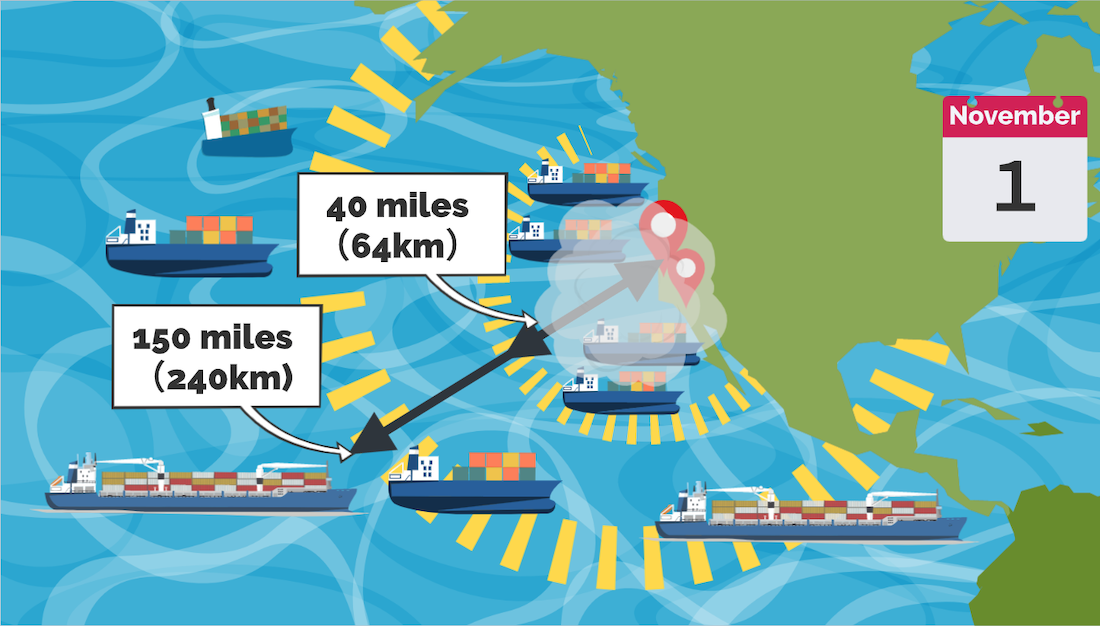 Since November, the regulations regarding port entry into LA and LB ports have changed.

The regulation is, that 40 miles from both ports are designated as a safety and air quality area, to reduce in ship berthing. It is because due to concerns, about environmental degradation caused by exhaust fumes.

As a result, ships waiting to enter the ports need to be 150 miles away from the ports, and some ships have been waiting near Mexico. 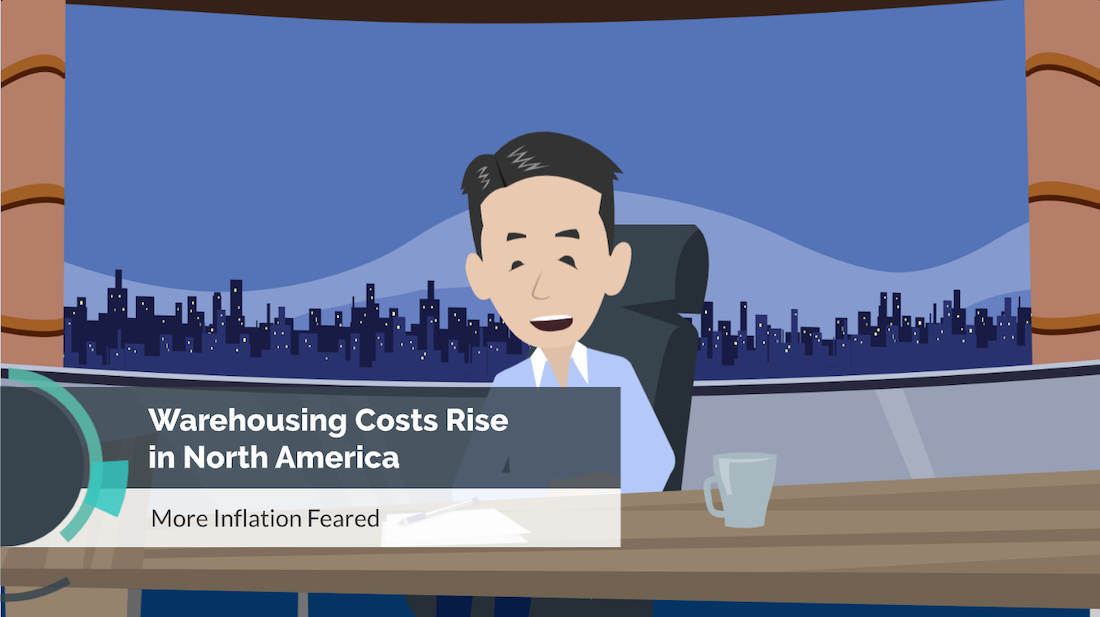 According to a report released by real estate firm CBRE Group, rental rates for B2B warehouses are up an average of 25% from five years ago.

In addition, space is particularly tight at main locations in LA and LB with lease rates up 10.4% in the third quarter of this year, compared to the same period last year.

That’s more than 60 percent higher than the rate for leases in 2016. 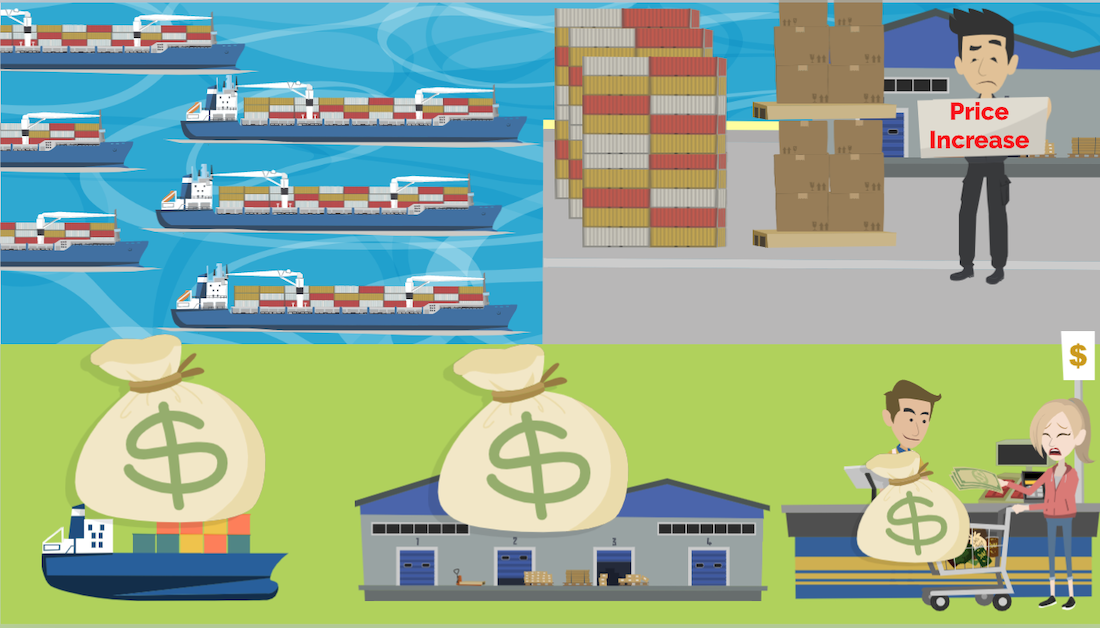 Disruptions in the distribution of goods will increase storage rates in warehouses and cause rental rates to rise.

There are also concerns that higher logistics costs due to supply chain disruptions will be passed on to customers, contributing to the current inflation. 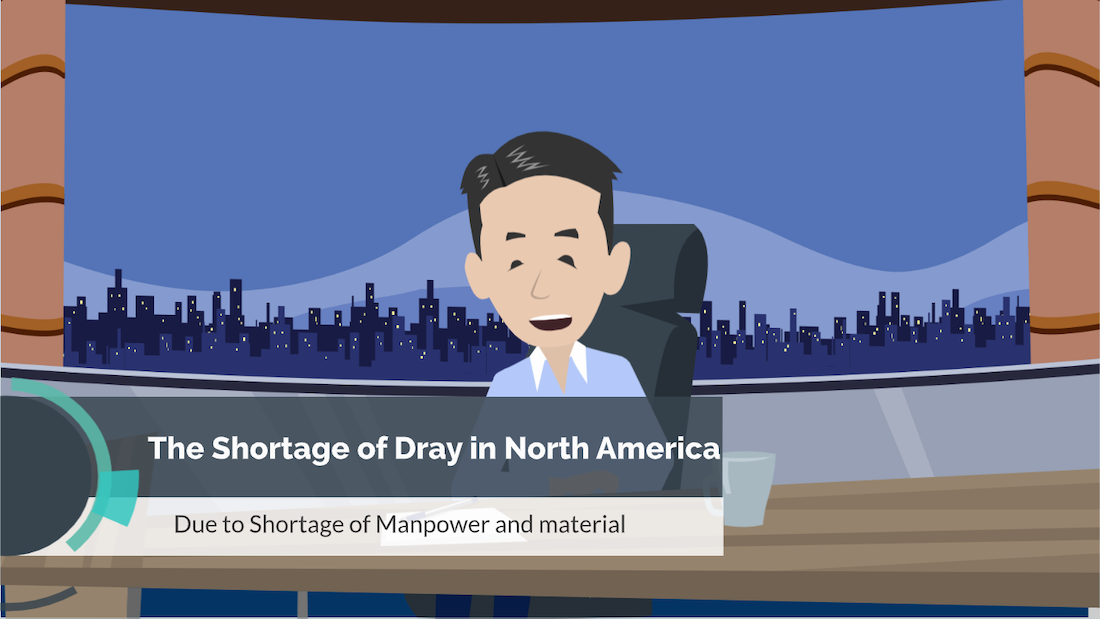 The chronic shortage of dray is one of the main reasons for the stagnant container on the West Coast of North America.

And it was found that the shortage was influenced by human factors and material shortages. 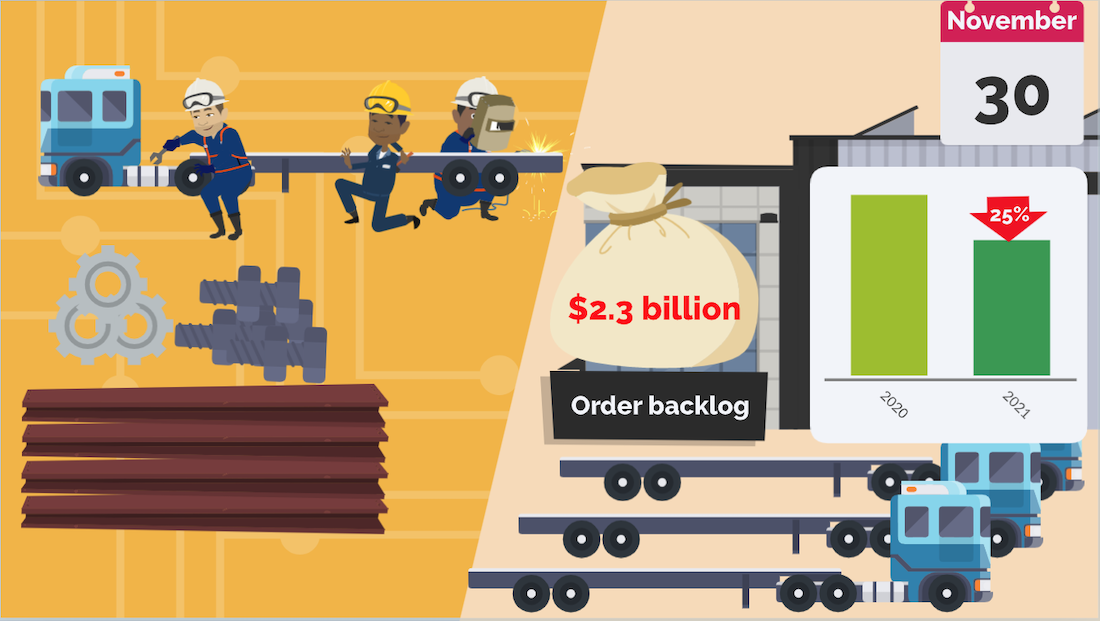 There was the market’s desire to increase the production of dray in order to reduce the disruption in the supply chain.

However, there is a shortage of materials and parts as well as its of workers to produce them.

As of November 30th, a company in North America had an order backlog, of USD2.3 billion for the production of dray. The company’s production volume is expected, to decrease by 25% in 2021. 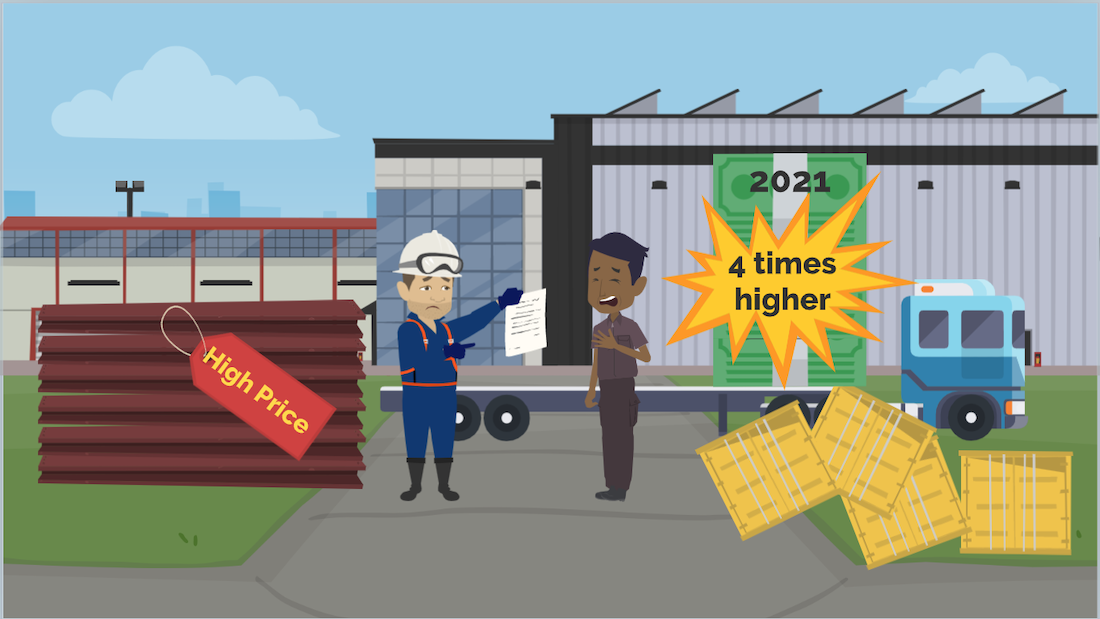 In addition, the cost of steel and other materials is rising. The selling price of dray is about four times higher in the third quarter of 2021 than, it was in August 2020.

The shortage of dray production will further disrupt the supply chain, which will have a significant impact, on the retention of goods in the future.

Retailers in North America Tend to Order in Bulk. Could Lead to Overstocking 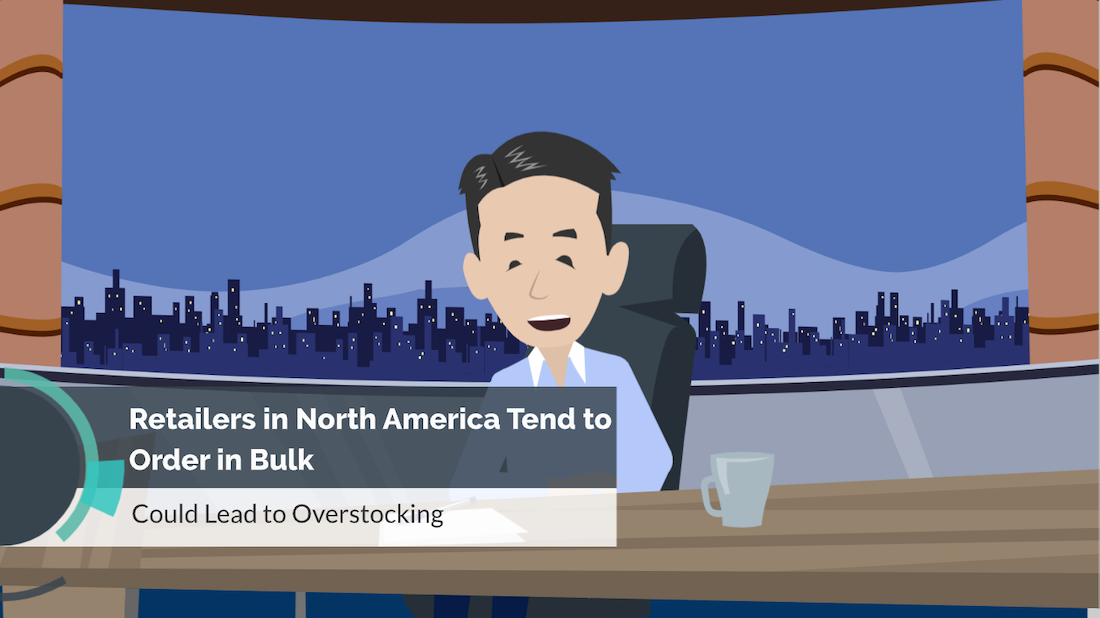 There are concerns that disruptions in the supply chain may cause delays in delivery.

And also concerns that products not sold on time may be left in the warehouses of various companies without being distributed. 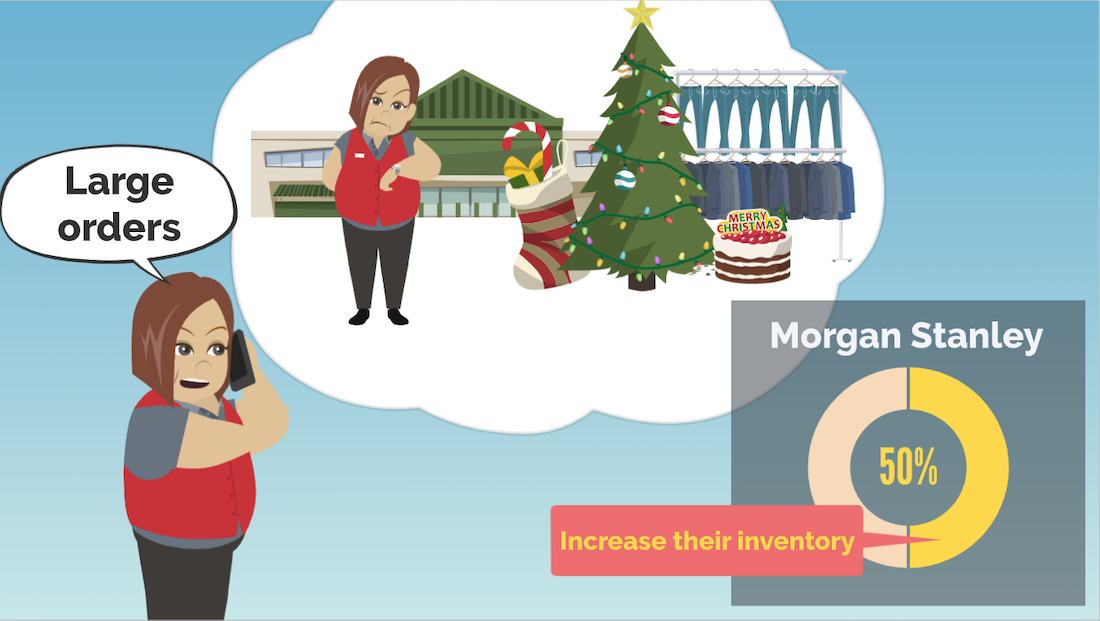 Retailers in North America were placing large orders for products to secure the necessary inventory.

Due to logistical disruptions, deliveries could not be made on schedule, and to prepare for maximum sales opportunities.

According to a survey by Morgan Stanley, more than 50 percent of companies, including retailers, said they plan to increase their inventory in the third quarter of 2021. 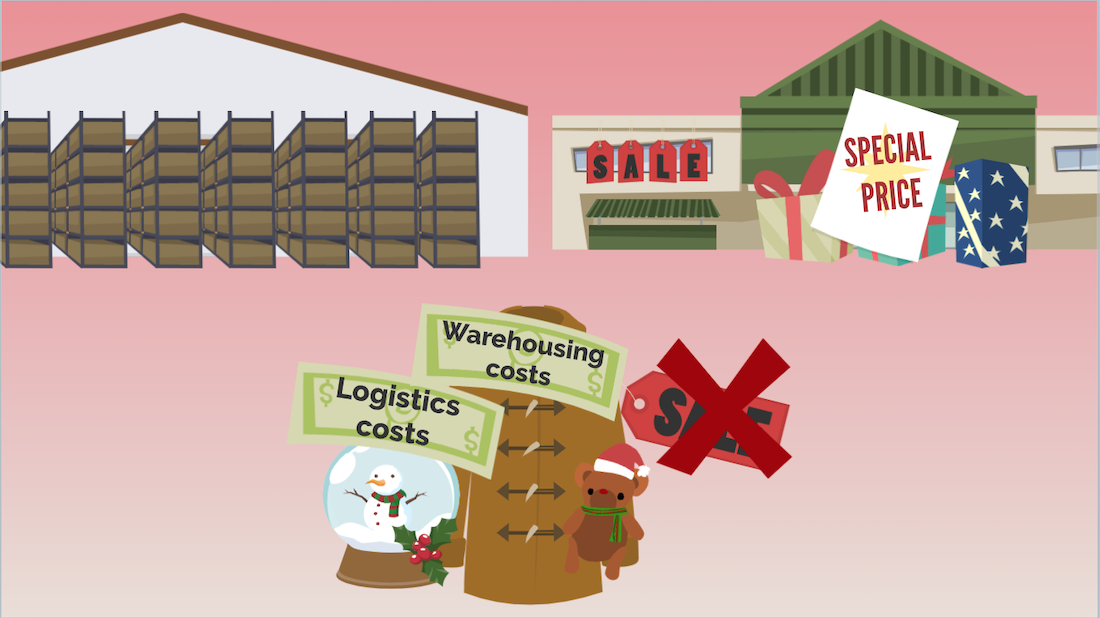 However, due to the impact of rising logistics and warehousing costs in the current fiscal year, many retailers are likely to sell their products, without reducing prices, passing the cost on to customers. 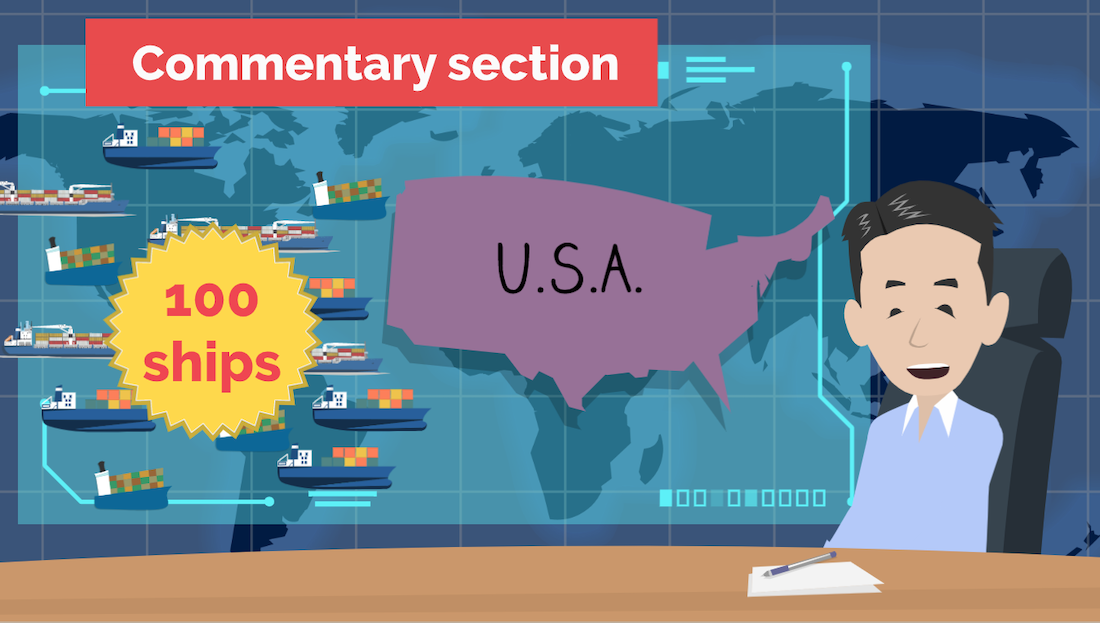 Now, for the commentary on the news.

In November, I reported that the number of off-shore containerships bound for North America was on the decline.

However, in fact, off-shore containerships were operating at reduced speeds and waiting far from the ports.

As a result, there are still nearly 100 containerships waiting to be loaded or unloaded. 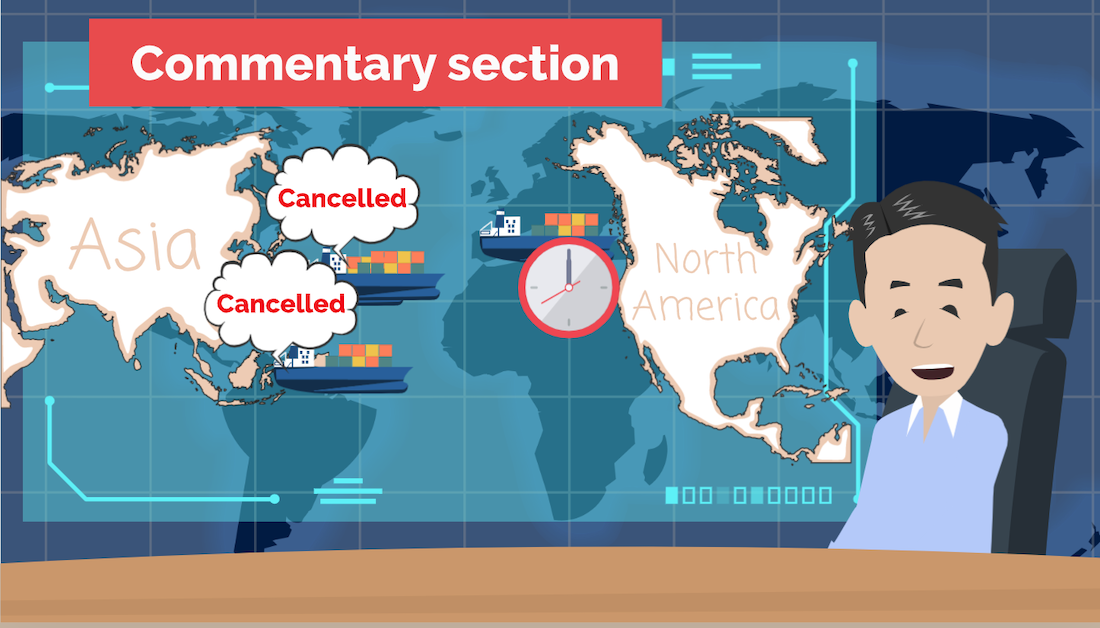 Ships bound for the West Coast of North America are being cancelled one after another. It is because that it will take a long time to return to Asia and other regions after sending ships to North America.

The space problem for container ships is likely to continue. 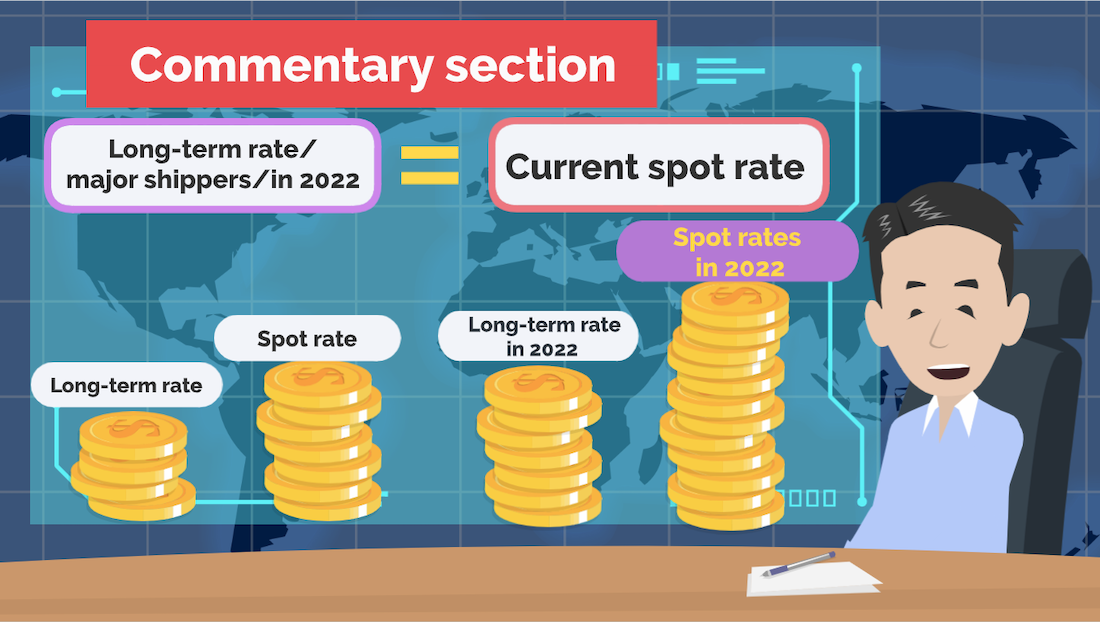 I also reported that the long-term rate for major shippers, to the West Coast of North America in 2022, will be at the same level as the current spot rate price.

In general, long-term rates are cheaper than spot rates. So, it is expected spot rates for North America to increase further in 2022. 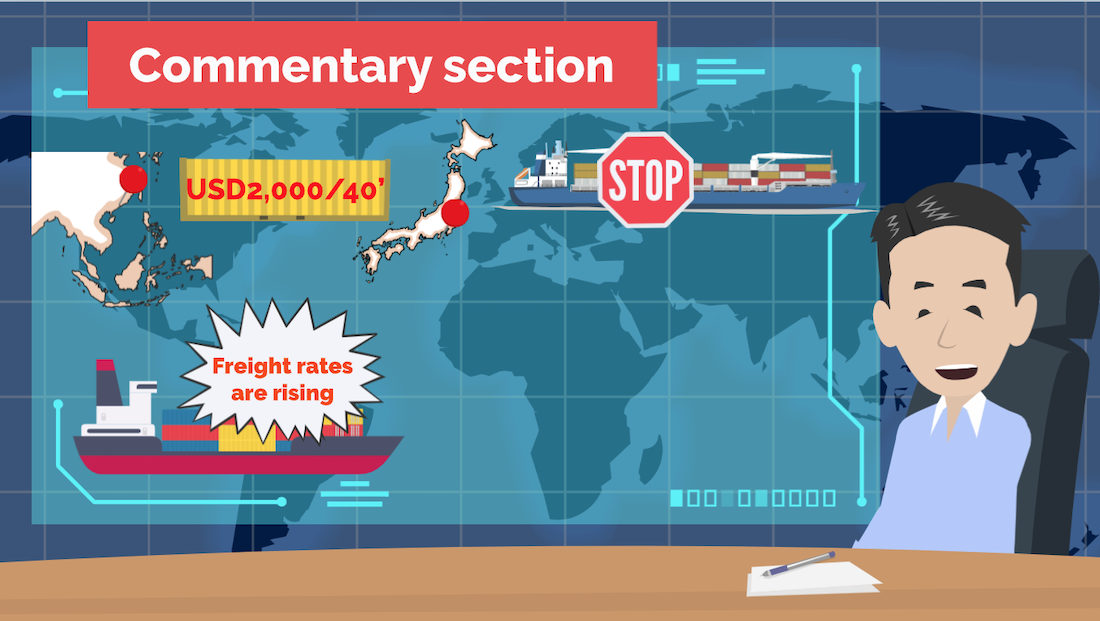 Furthermore, ocean freight rates in the waters around Asia are also rising.

This is because, as I explained earlier, ships bound for North America are not able to return and so freight rates have risen even on short sea routes.

We have even seen fares in excess of USD2,000 per 40 feet between Shanghai and Tokyo, which was a few hundred dollars before the corona. 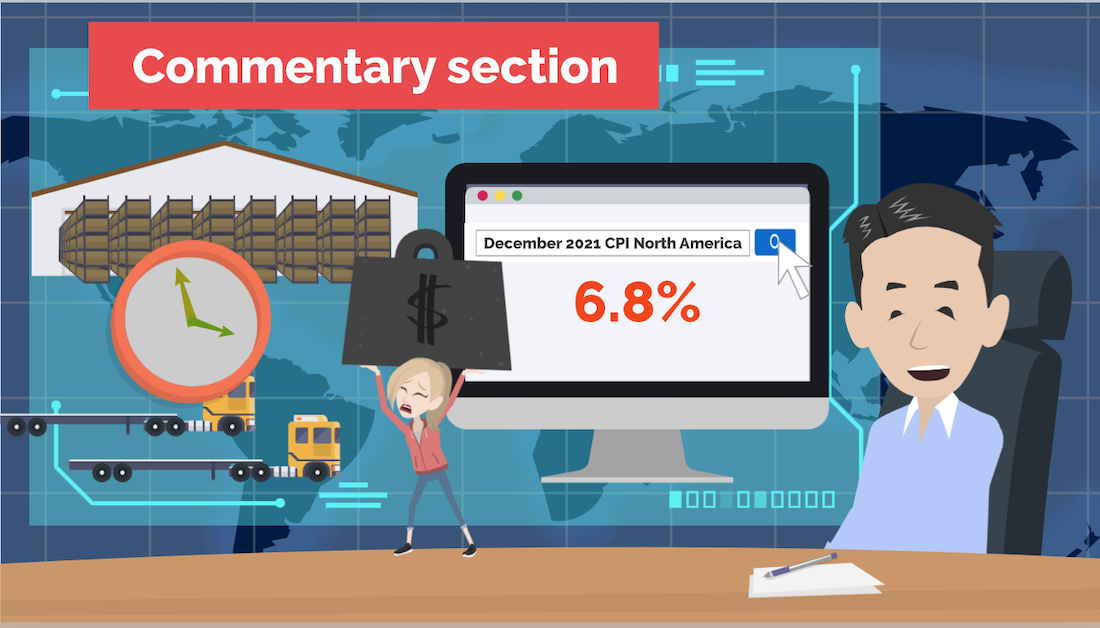 In terms of the shortage of warehouse space and dray which is affecting the logistical congestion within North America, it will take some time to resolve as reported in this news.

In December 2021, the CPI,Consumer Price Index, for North America was 6.8%. Rising logistics costs are being passed on to customers, and inflation is increasing. 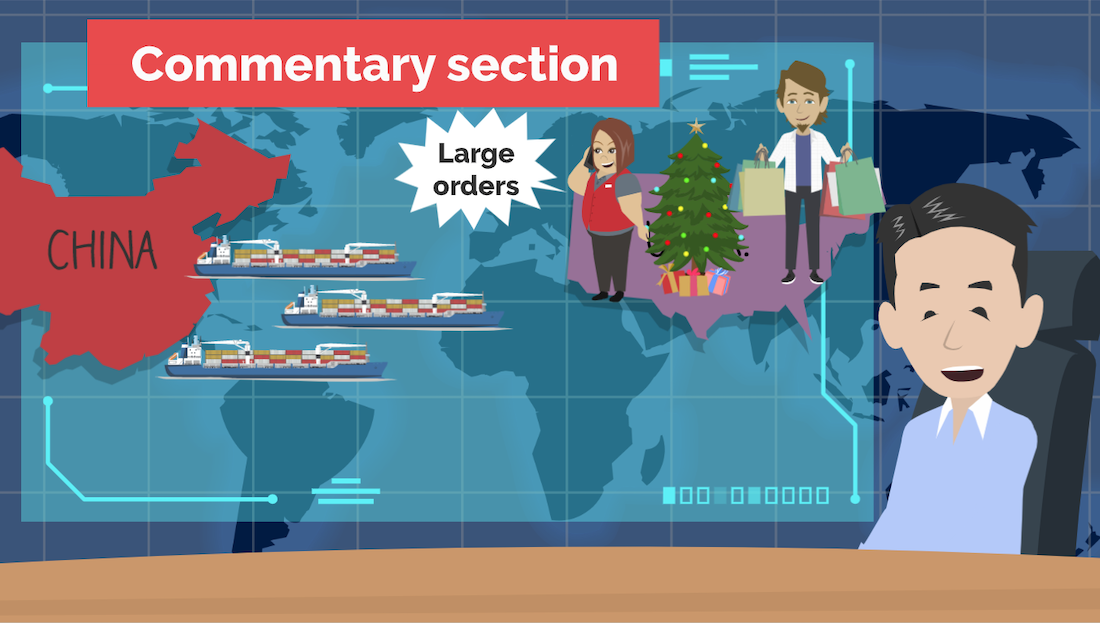 The high prices did not dampen consumers’ appetite for buying, and retailers who were preparing for the Christmas shopping season placed large orders for their products.

This was the reason behind the large number of containers being sent from China to North America. 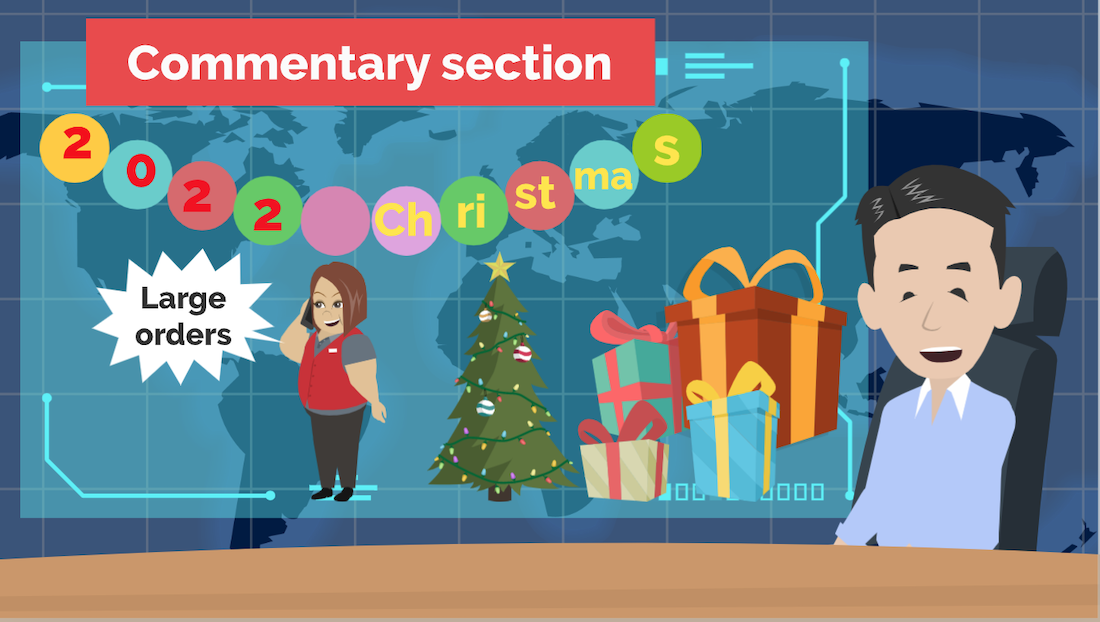 Considering this example from last year, I think there is a possibility that retailers will place as many orders for Christmas sales in 2022 as they did last year.

What did you think of the logistics news this time? I personally think, that it will still take a long time for the supply chain to normalize.

Nevertheless, I think we have no choice but to get information and do what we can. 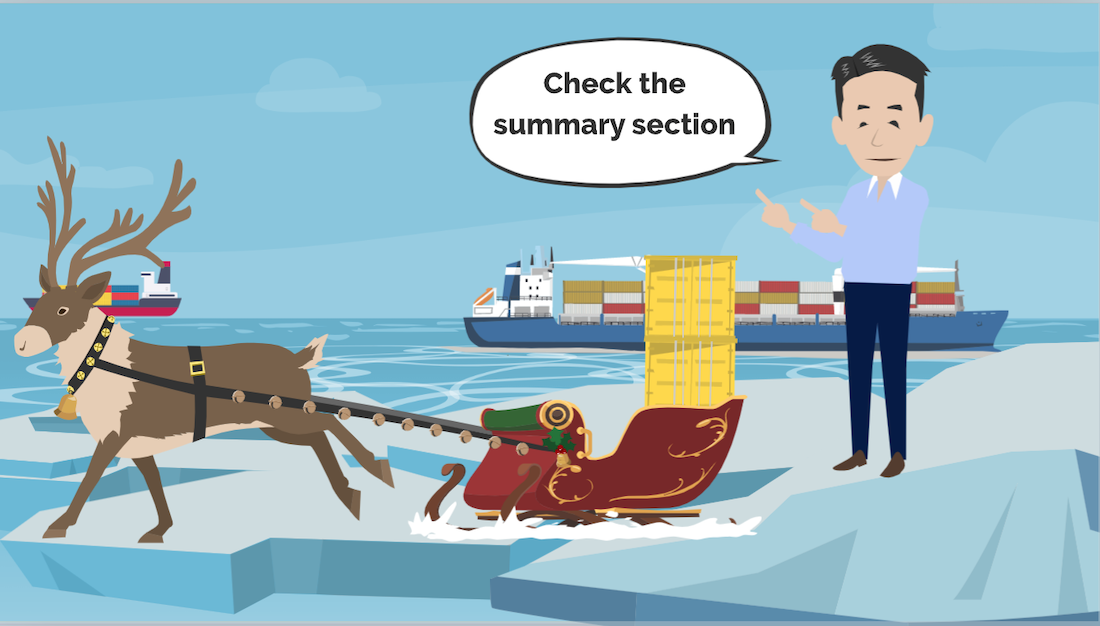 The news sources I referred to in this video are linked in the summary section, so please refer to them for more information.

That’s all for now from the field! Thank you very much.