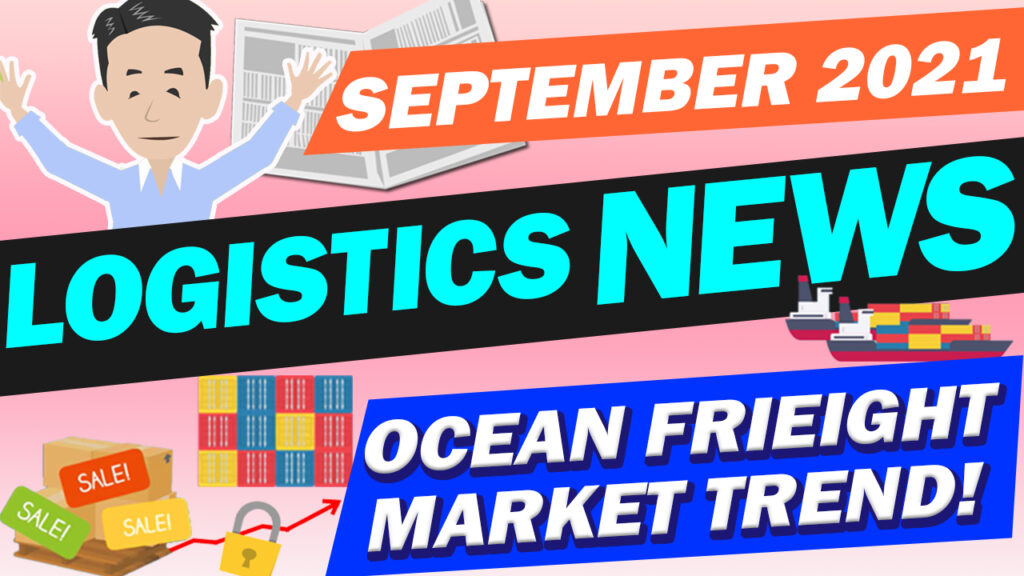 This time, I would like to present you with the news, related to logistics and shipping for September 2021.

I will focus on how the shipping market has changed this September as the supply chain has been disrupted to an unprecedented degree.

It has worsened the congestion at the ports of Los Angeles and Long Beach on the west coast of North America since August with more than 70 ships waiting offshore at the ports on some days.

The average number of days spent waiting offshore is 9 days. Some ships have been waiting since the end of August, but they still cannot berth even in September.

So far, the number of vessels waiting offshore has been remarkable from the beginning of the year to February and been decreasing since April, then in May and June, it was down to single digits.

However, due to the busy summer season and the spread of Corona infections, cargo handling operations were delayed and more than 70 vessels were waiting offshore. 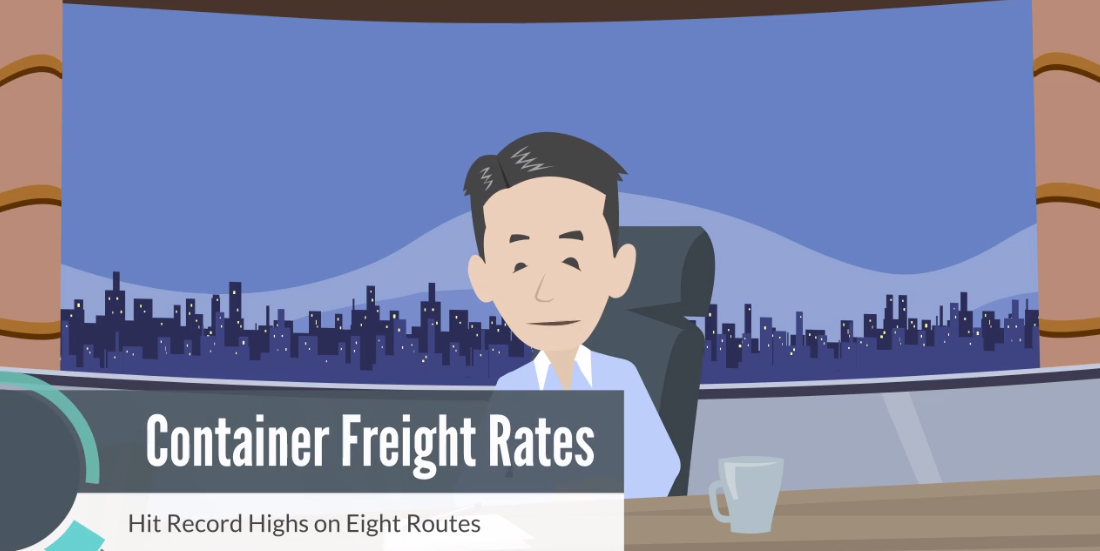 Container freight rates from Asia are rising across the board.

According to the September 10th freight rates announced by the Shanghai Shipping Exchange, prices on all 13 routes from Shanghai have increased compared to the previous week and eight of the 13 routes have reached record highs. 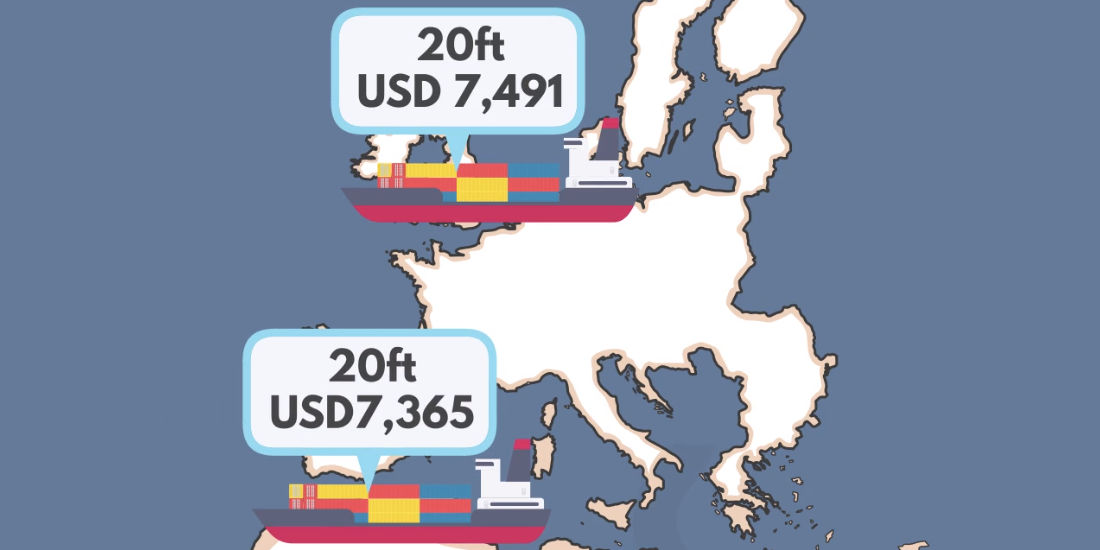 As you can see, prices are at their highest at major shipping routes in Europe and the U.S. but some believe that it hits a peak. 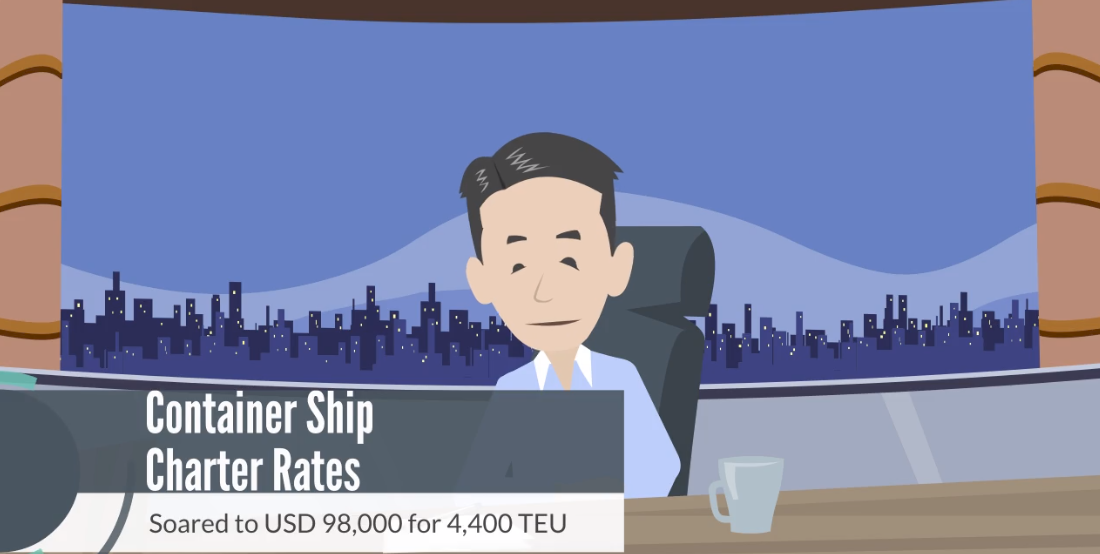 The container shipping market is soaring. As of September 10th, daily charter rates for 4,400 TEU vessel is USD 98,500 and short-term contracts of six months to one year exceeds USD 100,000. 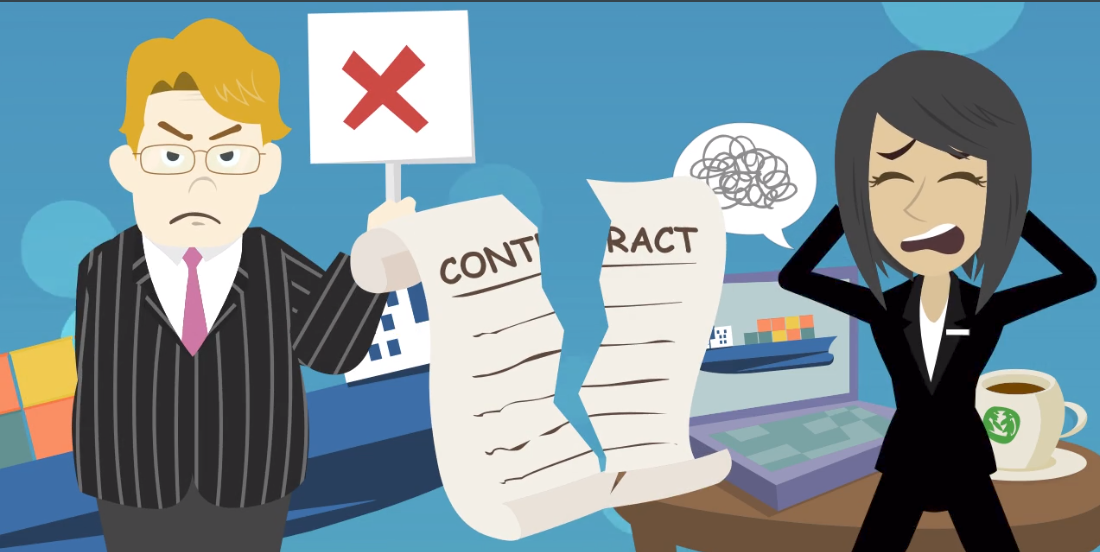 Therefore, even though shipping company is able to procure a vessel for a short term contract, there is some possibility that the operator cannot maintain the service if negotiation a renewal of the contract is fails. 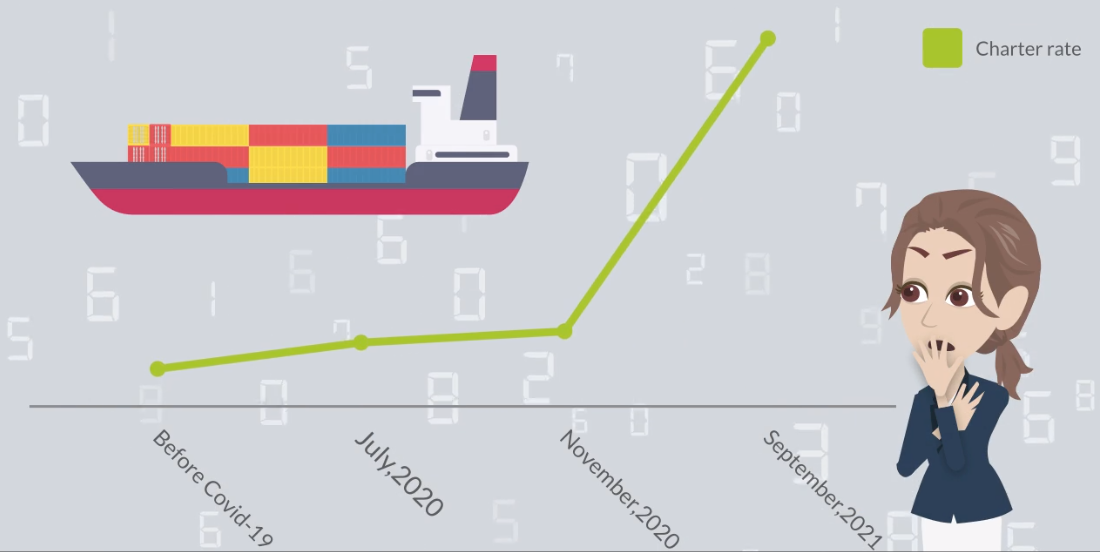 Before the spread of Corona disaster, the maximum charter rate for 4,400 TEU vessel was USD 10,000 per day.

However, since last summer, it has risen rapidly exceeding USD 20,000 in November. It is continuing to rise after that and now to USD 98,500. 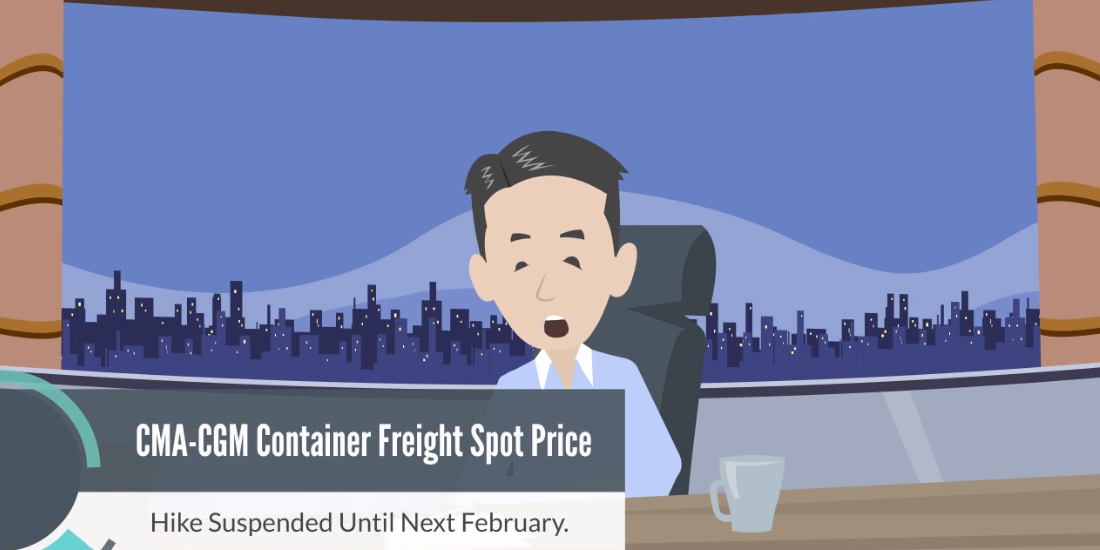 CMA-CGM, French shipping company, announced on the 9th that it will suspend all spot container freight rate increases.

The period will be from September to February 1st 2022, it is said to maintain the relationship with customers. 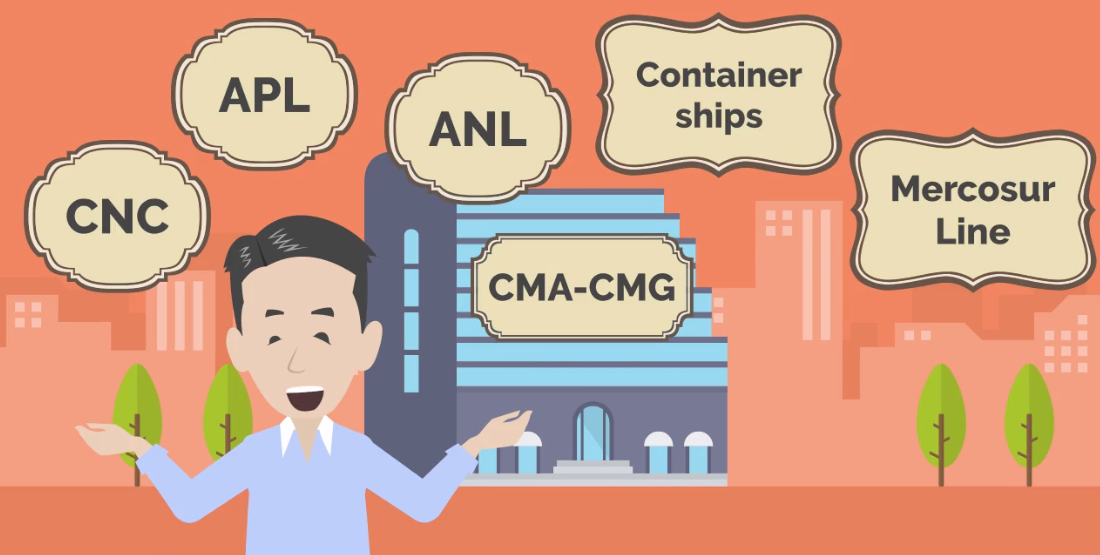 The maintenance of freight rates is not only CMA-CMG but extends to all group companies including CNC, APL, ANL, Containerships and Mercosur Line.

This announcement is unusual because spot freight rates have been rising in global container transport since the beginning of this year due to tight demand.

Container freight rates on trunk routes have increased two to three times compared to the pre-Corona, so, the dissatisfaction mostly among shippers is becoming increasingly.

In addition, the authorities of various countries increase supervision to container shipping companies. Therefore, it is believed that such complaints were taken into consideration this time. 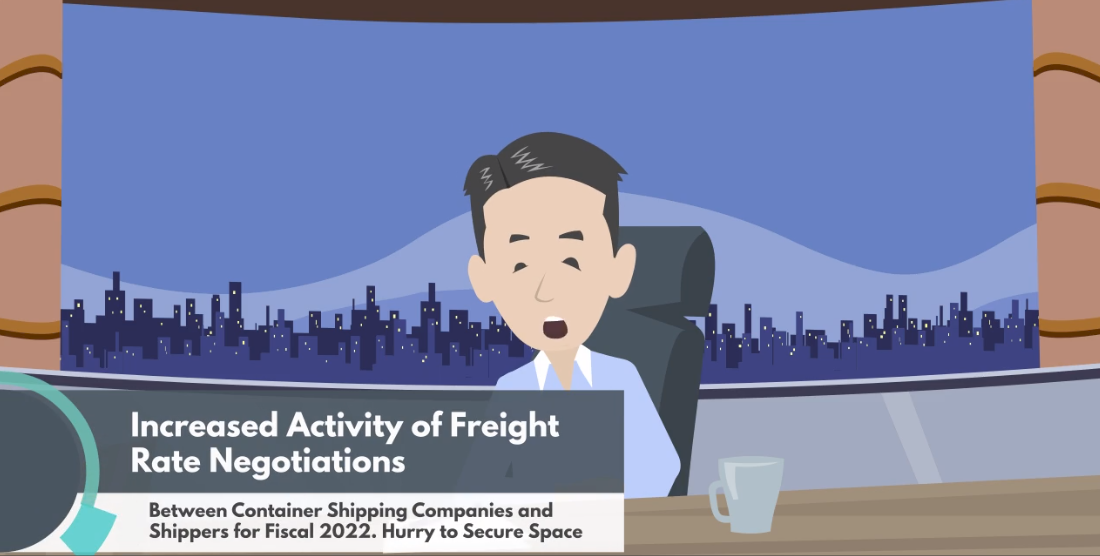 This is due to the fact that the current supply chain disruptions will extend into next year and shippers are being forced to secure space.

A major Japanese manufacturer held a briefing session on transportation contracts for fiscal 2022 in September.

This year’s implementation is unusually early since it is usually held in November and generally in December to January.

The reason for bringing it forward so much is to avoid a space shortage like the one we had this year.

Some shippers are even asking shipping companies to make multi-year contracts to ensure a stable supply of space. 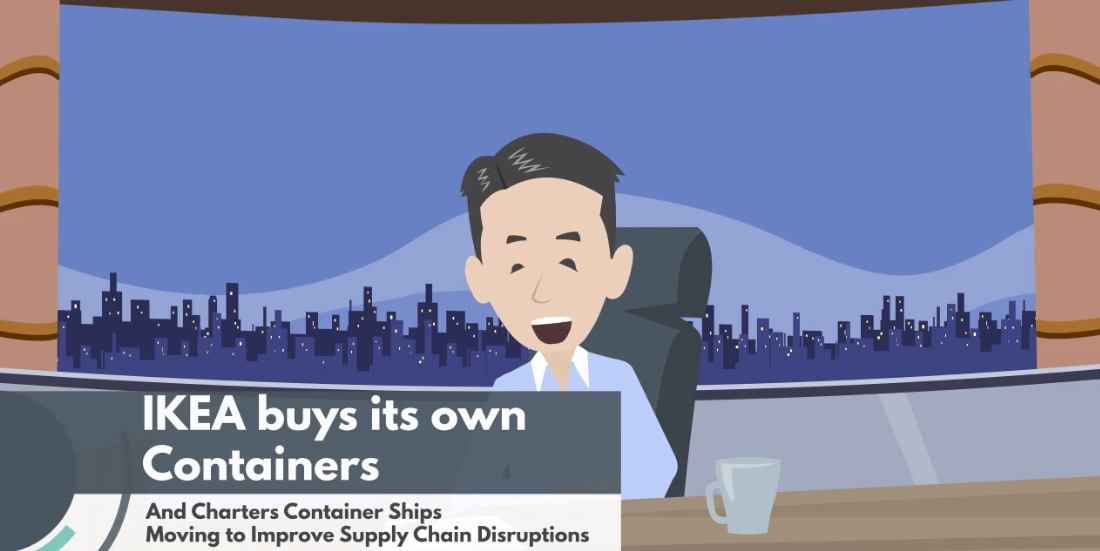 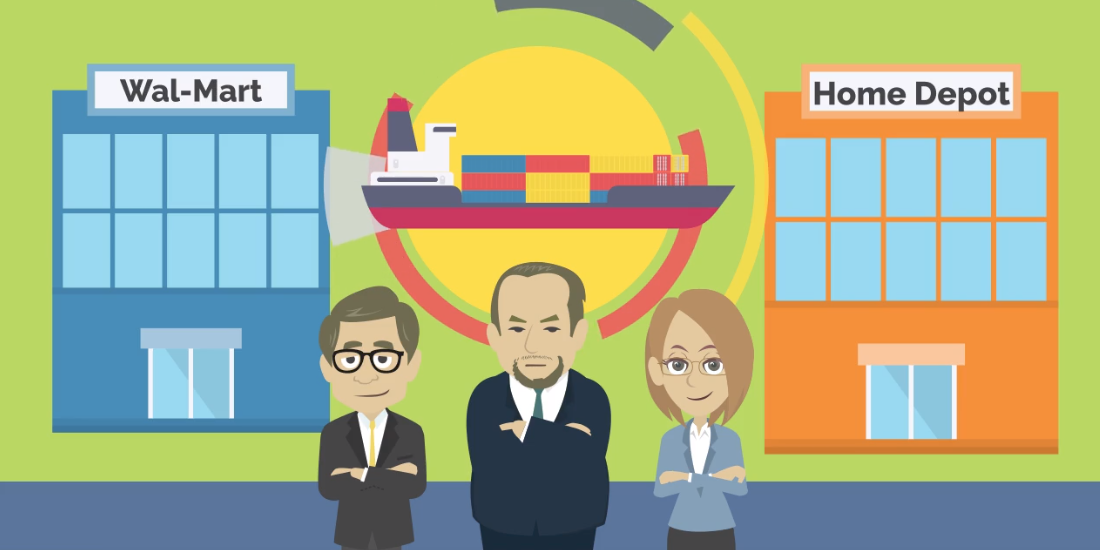 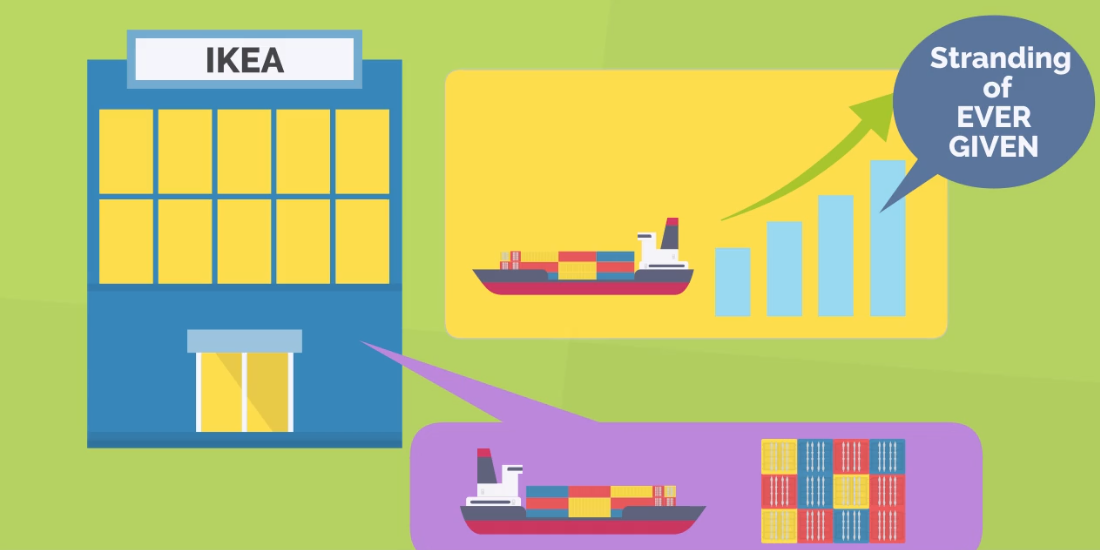 IKEA has been purchasing containers for some time, but the decision to charter a ship was prompted by the stranding of EVER GIVEN in the Suez Canal in March.

The ship was loaded with 100 containers of IKEA and the stranding caused significant delays in transportation.

After that, the company has announced that the disruption in marine transportation has been remedied by purchasing containers and chartering vessels. 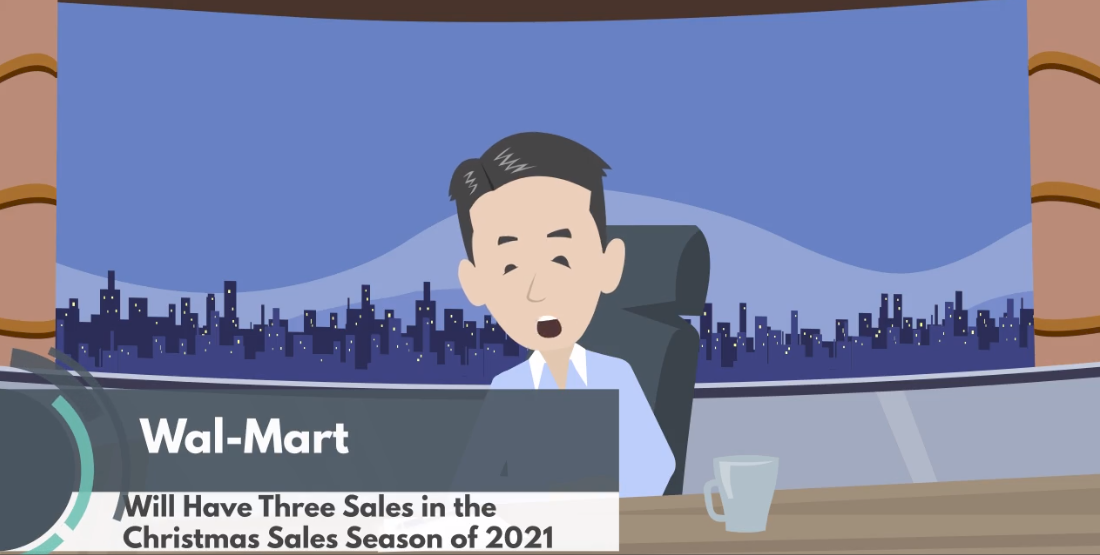 Wal-Mart, major North American distribution, has announced that it will hold three Black Friday sales in 2021.

In light of corona outbreak, it has decided to hold three sales in November in order to control the flow of people and prevent the spread of the disease.

In most years, the Black Friday sales in North America start on the Friday of the fourth week of November.

Under the current tight condition of transportation around the world schedule for sales was accelerated which need to secure large amounts of inventory for multiple sales. It has further disrupted the supply chain.

Normally, seasonal workers are hired during the Christmas shopping season. But this year, competition for workers is expected to heat up and it is also seen as a measure to ensure the operational strength of the supply chain.

The positions to be filled are in office and warehouse operations including distribution centers, fulfillment centers, transportation offices, order pickers, freight receivers and forklift operators.

The average hourly wage is USD 20.27 and the company is offering generous benefits such as bonus of USD 150 for corona vaccination and for the holiday season.

Let’s take a look at the logistics news in September.

Generally speaking, the peak season for container transport is the period before the Chinese National Day on October 1st.

However, as I am working in the field, I do not feel that the peak season is coming to an end at all as of the end of September.

It continues to be difficult to secure space for vessels and ocean freight rates are still high in early October.

There is a reason for that as explained in this video. As I mentioned in the news of Wal-Mart, there are multiple sales from the retail side in North America, which make consumers stimulate.

Initially, I thought the reason of the economic recovery in North America, was due to the benefits provided by the Biden administration and the spread of Corona vaccines.

However, when a super-major retailer like Wal-Mart holds three Black Friday sales, it becomes very difficult for each store to secure inventory.

Wal-Mart charters its own ships to transport cargo and it is thought that other retailers are also focusing on sales and then demand for cargo to North America is growing. 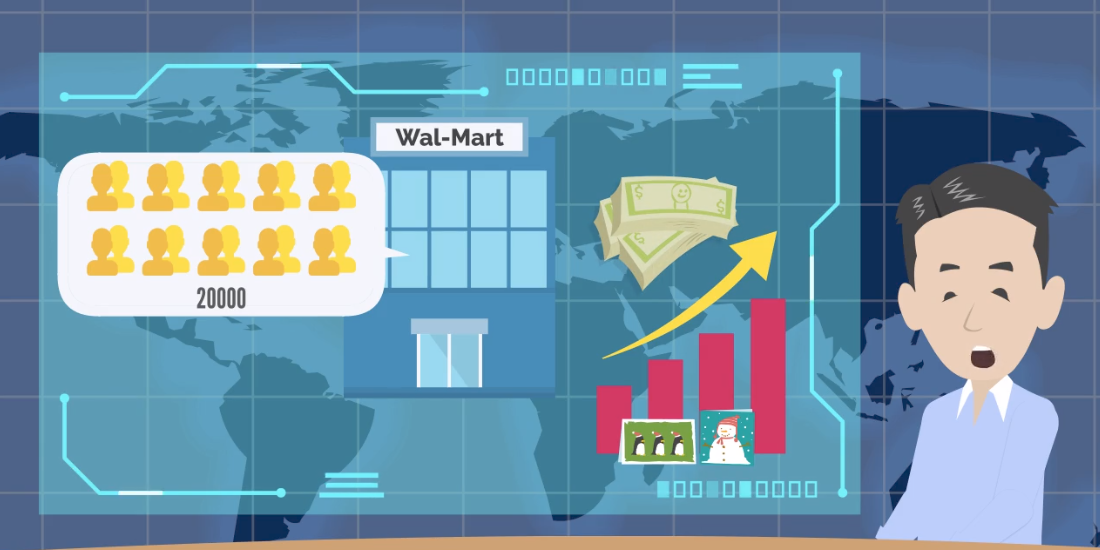 In addition, Wal-Mart has hired 20,000 full-time workers instead of seasonal workers to ensure the stability of its supply chain.

As consumer demand in the North American market grows, wages for seasonal workers are also on the rise.

It might be that Wal-Mart believes that this market heating up is not just for this year which is why they decided to hire regular workers.

Thus, there was a news report that the chartering fee has increased tenfold compared to the pre-Corona period due to the increasing demand from consumer and for container ships.

The price of a single container ship can be as large as 90 to 180 million USD depending on its size and you must keep it in mind that ship owners are making such a large investment.

It is also difficult to know how long this booming economy in the shipping industry will last, so I think it is a general trend in this capitalism that prices will soar when demand is high.

I don’t know if other shipping companies will follow it, but I think we have seen the peak of price.

In Japan, negotiations between major shippers, shipping companies and forwarders have already started. According to news reports, the negotiations seem to be more focused on space than on freight rates.

As a result, people in the industry are expecting the shortage of containers and space to continue until next year. I myself believe that it will continue to be high until the end of next year.

For more information on this, please refer to the link in the summary section.

What do you think of this logistics news? If it is useful for you, please subscribe to our channel and share the video.

The sources of the news referred to in this video are linked in the summary section, so please refer to them for more information.

That’s it from the field! Thank you very much.