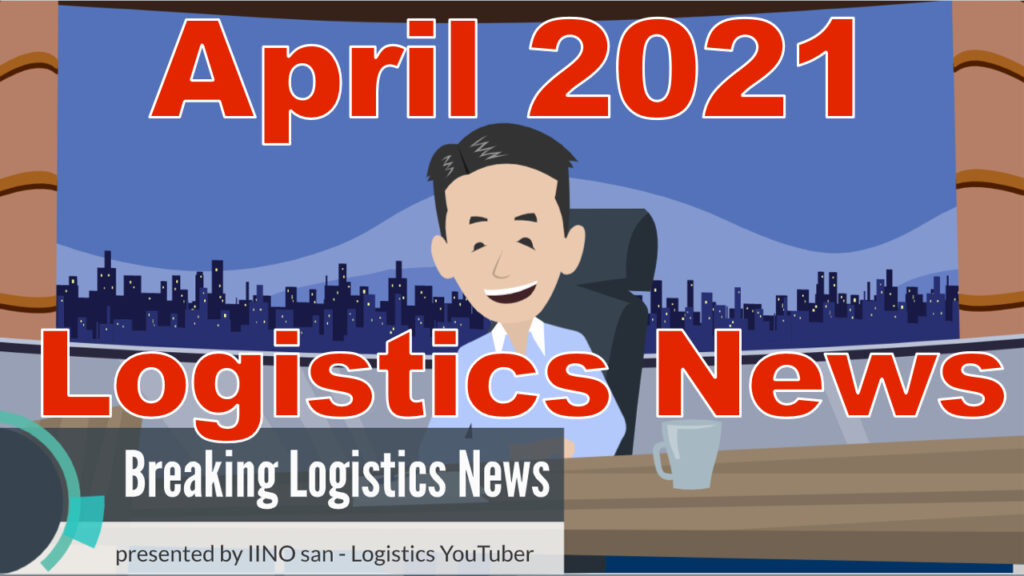 About Logistics News in April 2021

This is 7min 15sec video 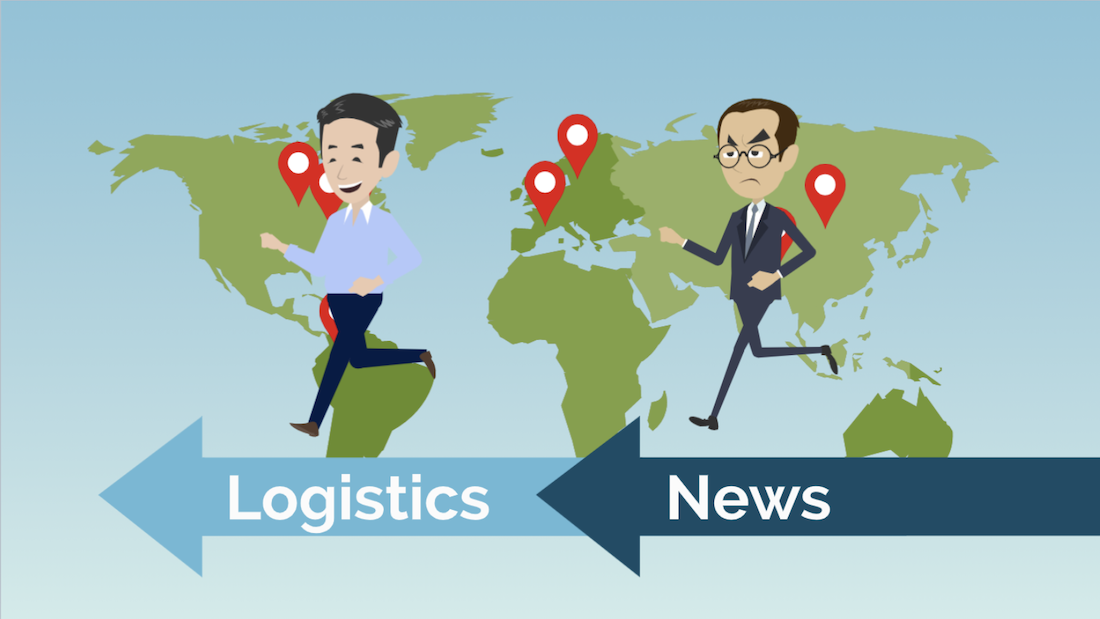 Hi there, this is IINO.

As a new initiative, I thought I’d share some of the recent news about logistics and shipping in a more casual way with my videos.

I hope this will be a fun way to get in touch with the current state of logistics, whether you work in the industry or not. 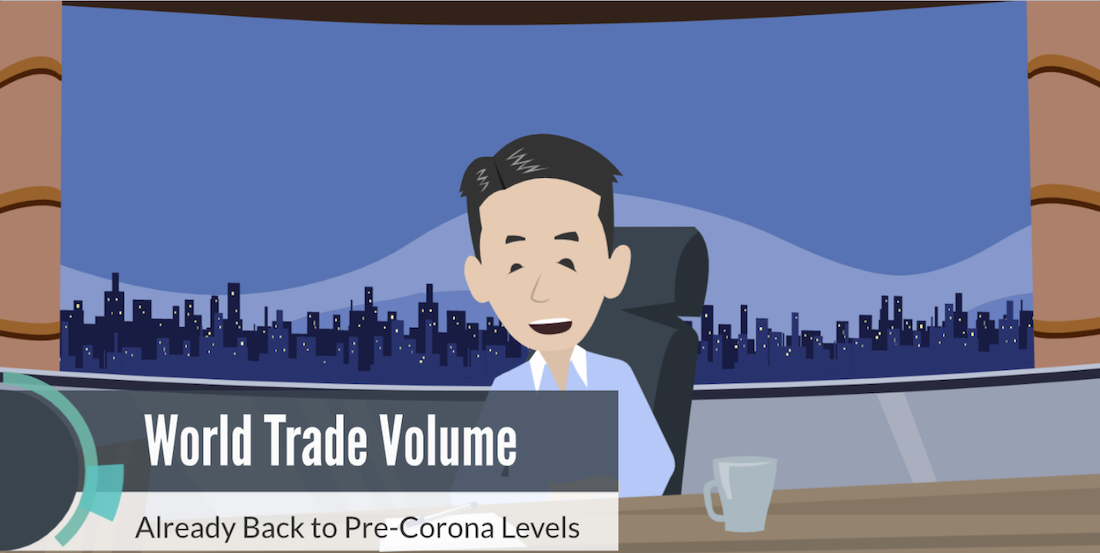 According to the Netherlands Bureau of Economic Policy Analysis, global trade volume has surpassed the level before the new coronavirus disaster.

In the spring of last year, the Corona disaster caused a cooling of demand worldwide, and production adjustments proceeded.

However, with the resumption of economic activity, not only has consumption which had been postponed returned, but the recovery of inventories has become more active.

And production and trade have suddenly picked up.

China was the first country to recover quickly from the Corona disaster. In the January-March period, both imports and exports reached record highs.

The U.S. has also seen a significant increase in imports from China and other Asian countries.

According to the Nippon Kaiji Center, container transport from 18 Asian countries and regions to the United States will be at a record high in 2020.

Over 20% is related to housing, such as furniture, household goods, and construction tools.

The U.S. housing market is booming because of a combination of low interest rates. And people relocated to the suburbs due to the Corona disaster.

As housing starts to increase, the demand for related materials in the U.S. increases.

West Coast ports in North America are on the verge of being punctured by a surge in cargo. 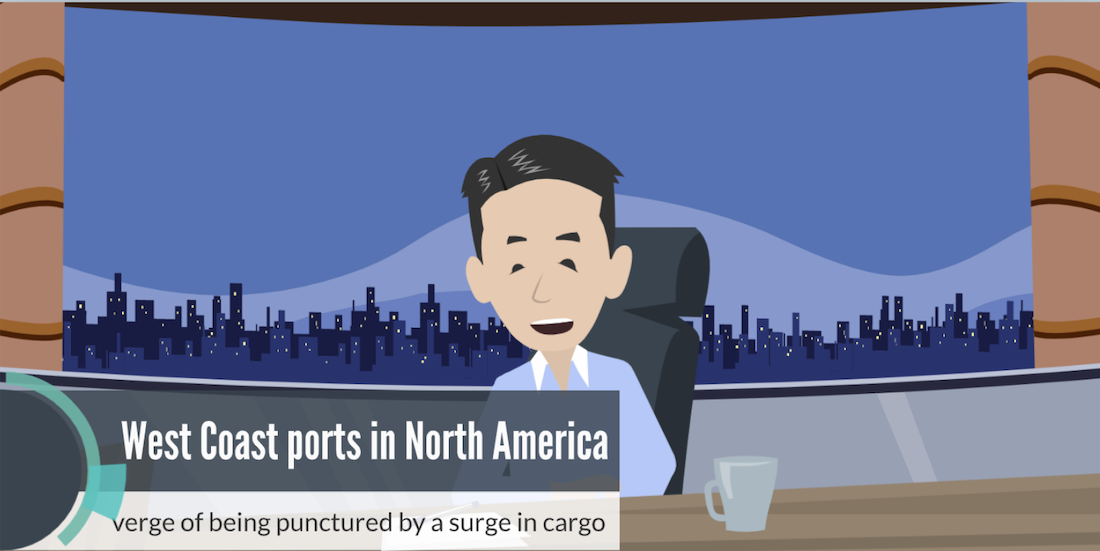 From Asia As cargo movement on container routes to the U.S. continues at record levels, North American ports and inland transportation are on the verge of a puncture.

At ports such as Los Angels and Long Beach, congestion in terminals has worsened, causing cargo to be held up, and connections to railroads have also been delayed.

Inquiries for east coast services are also increasing rapidly due to dysfunction via the west coast, and new bookings are not coming in at all, causing widespread confusion.

According to a shipping company official, “New bookings for spot cargoes during May, including those from Asia, are almost impossible”.

The prevailing rate for spot freight from Asia to the East Coast of North America, has risen to $10,000 per 40-foot container.

At a special meeting held on April 21 in preparation for the Climate Change Summit, representatives from 10 countries exchanged opinions on how international shipping can combat global warming.

Among them, U.S. special envoy John Kerry proposed an ambitious goal, of reducing greenhouse gas emissions from international shipping to zero, by 2050.

This goal which surpasses the IMO’s, (International Maritime Organization) greenhouse gas reduction strategy, is likely to accelerate the decarbonization of international shipping. 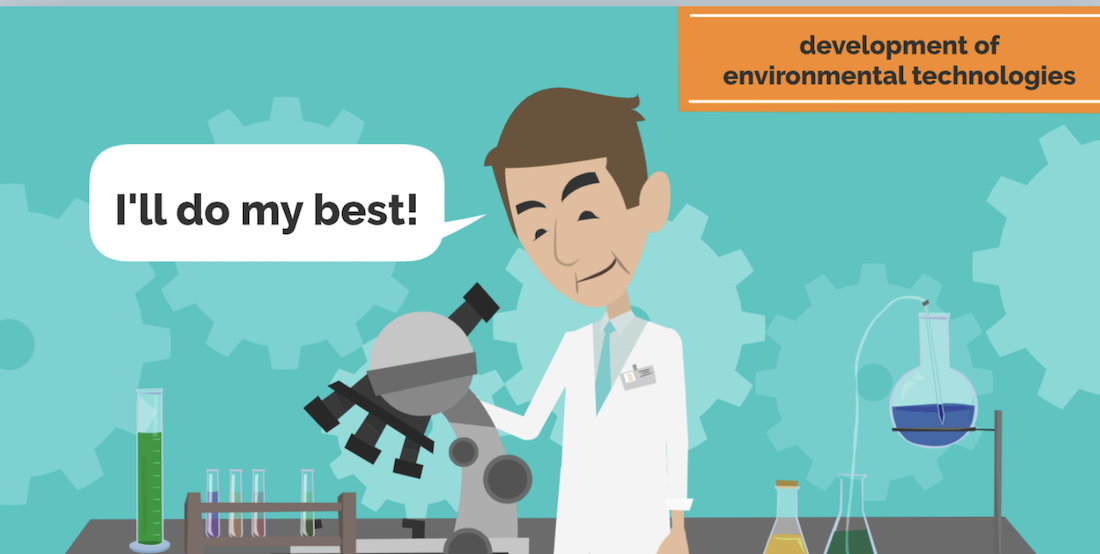 In response to this goal, some people involved in the project have said that, it may give impetus to the research and development of environmental technologies.

The demand for drivers in the U.S. is increasing rapidly

Here is some news from the United States.

Knight-Swift Transportation Holdings Inc., a major player in the industry that has raised wages, reported that wages for newly qualified drivers have increased, by more than 40 percent in recent months. 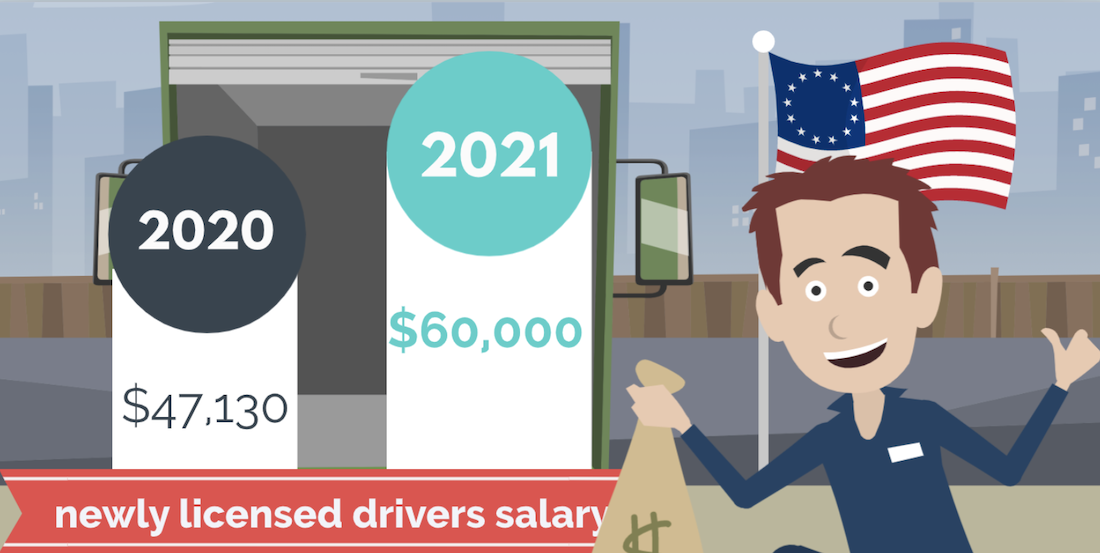 According to the Bureau of Labor Statistics, the median salary for drivers of heavy trucks and trailers last year was $47,130.

Still, the company reports that even newly licensed drivers can now earn, more than $60,000 a year in their first year of training.

TuSimple, a company with offices in the U.S. and China, had its initial public offering on April 12, selling about 33.8 million shares and raising $1.08 billion. 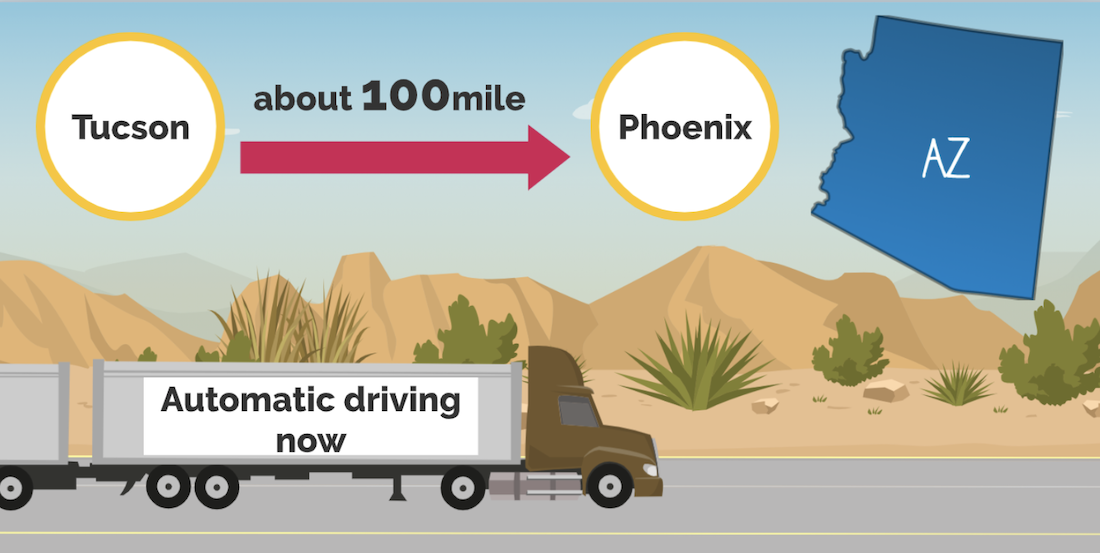 A company official said it plans to conduct a “driver-out” pilot program this year in the fourth quarter, with no one driving, over a distance of about 100 miles between Tucson and Phoenix.

He said the pilot program will transport customer cargo, and is being coordinated closely with Arizona transportation authorities. 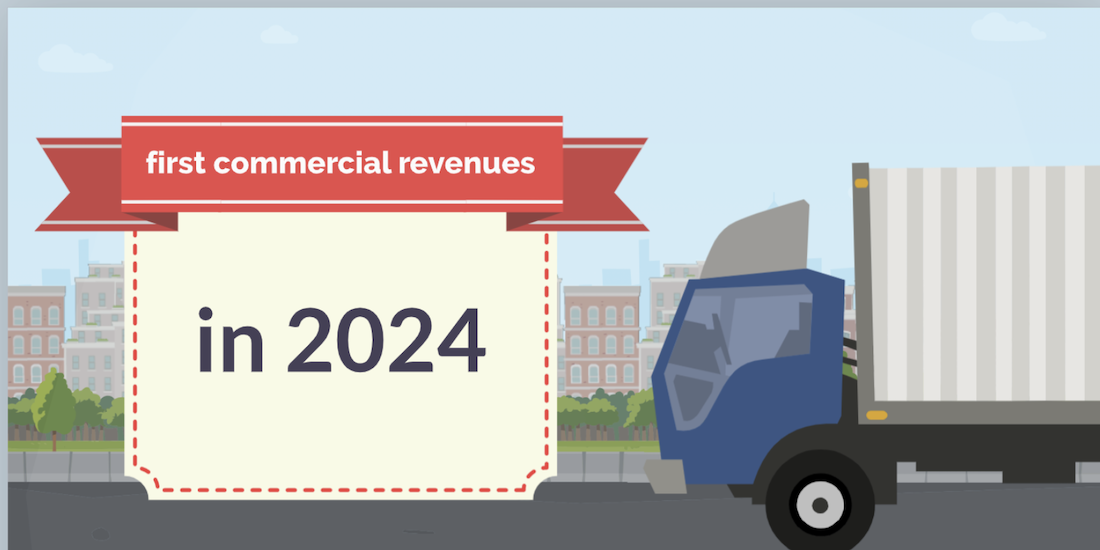 The company is continuing to develop new technology, and expects its first commercial revenues in 2024. 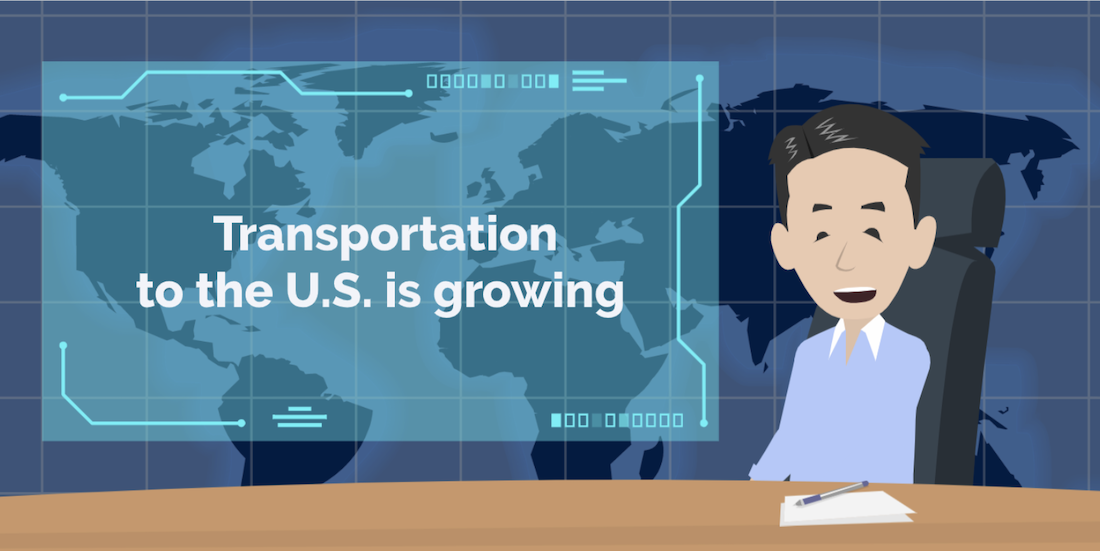 The first news is that transportation to the U.S. is growing.

Transport from China is also at a record high, and I thought the “stay home consumption” by the American people is amazing.

Corona vaccination is also progressing, and economic activity is likely to continue to grow.

Until now, ports and truck drivers have been limited by Covid-19, so there has been a shortage of cargo handling speed and drivers, but American trucking companies are trying to secure drivers by increasing wages.

My prediction is that, there will be more increase in the volume of goods than infrastructure recovery, so logistics will not be stable yet.

Also, as automated truck driving becomes more common in the future, driver shortages like the one that occurred in Corona will disappear.

Finally, the climate change summit concluded on April 24. Perhaps because of this, there has been a lot of news recently about efforts to reduce greenhouse gas emissions in the logistics industry.

I think this is also exciting content, and I will continue to pay attention to it. 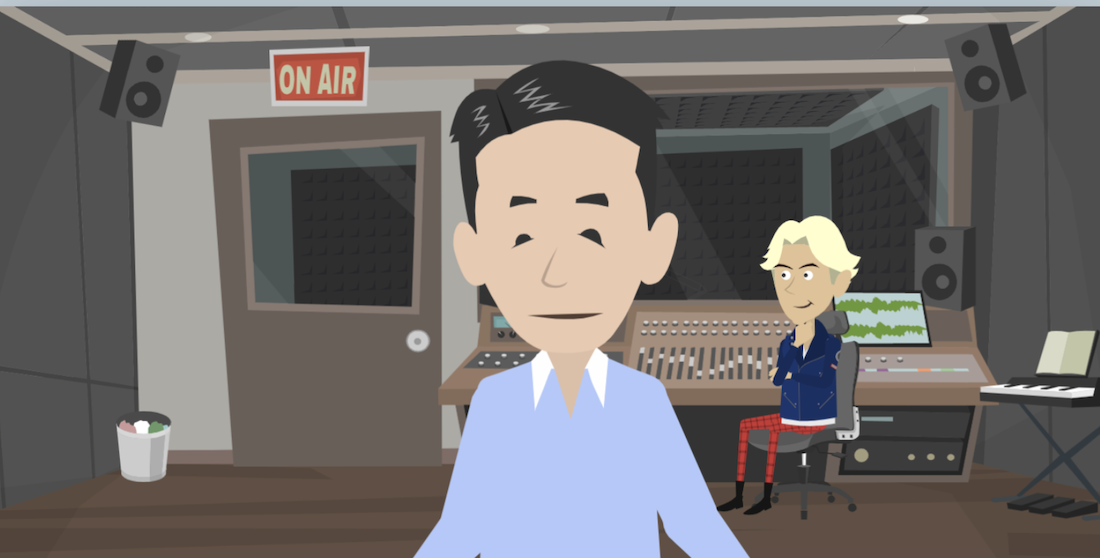 How was today’s Logistics News?

In general, I have the impression that only people in the industry watch news about shipping and logistics, but I would like to continue to publish news in a casual manner like this.

The sources of the news I referred to this time are linked in the description. If you are interested in the news, please check there for details.

That’s it from the site! Thank you very much!