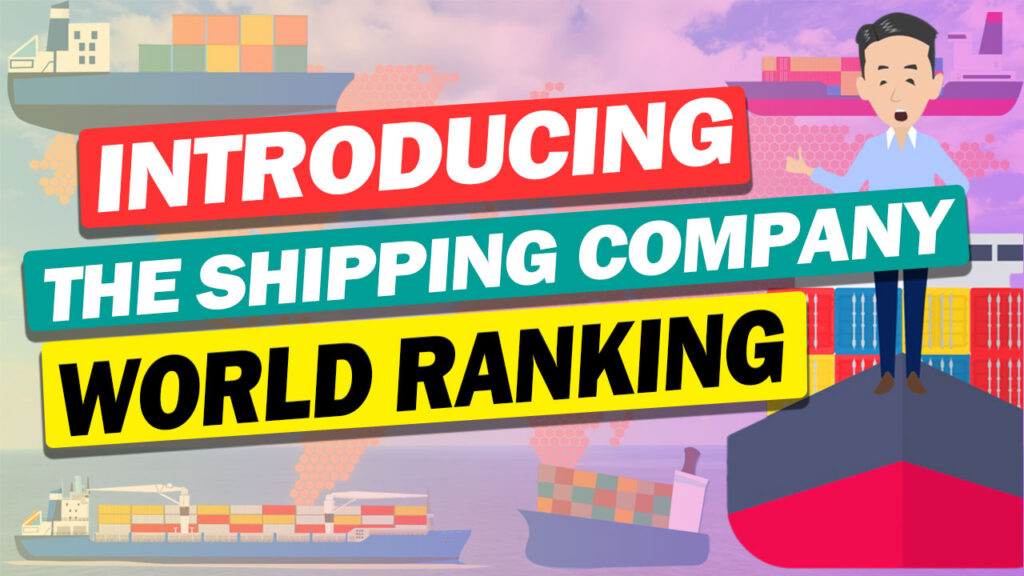 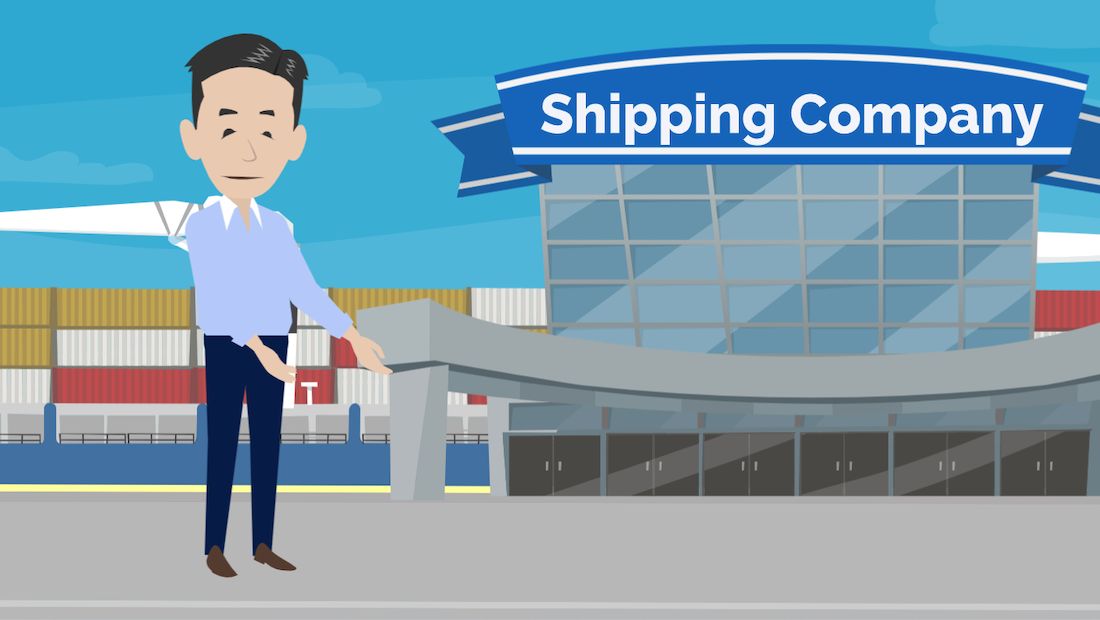 In this video, I would like to explain about “shipping company” which are very familiar to us forwarders.

The word “shipping company” may not be familiar to you unless you are involved in marine transportation in your work.

However, the existence of shipping companies is very significant in Japan where economic growth has been achieved through imports and exports. 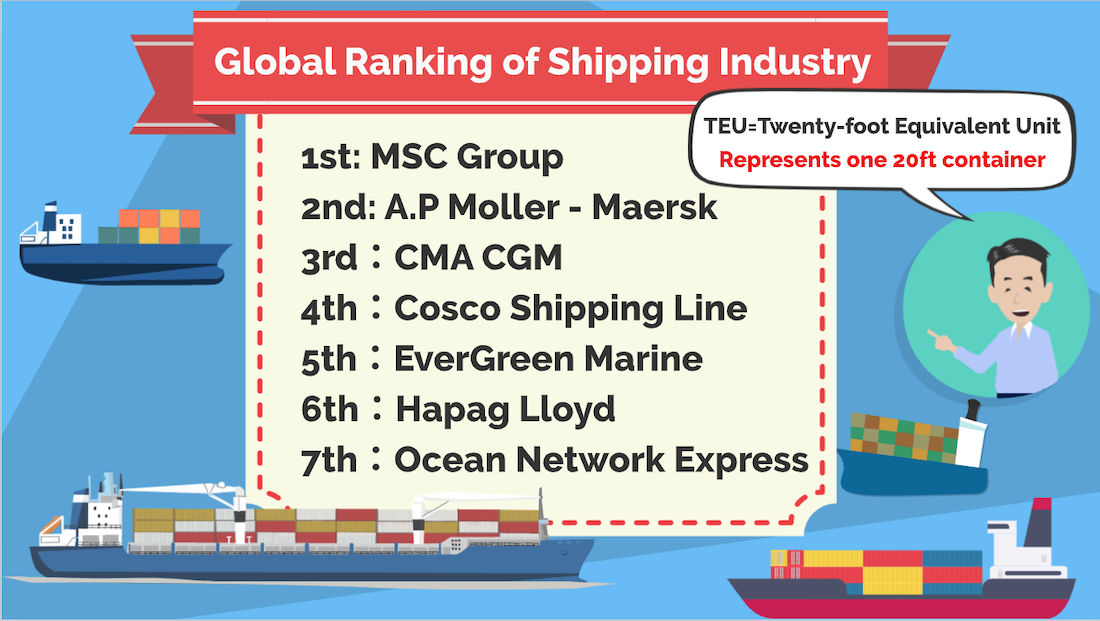 We forwarders, who perform daily space booking on behalf of exporters, use a variety of shipping companies.

The following is a global ranking of the shipping industry based on TEU as of 2022.

For your information, TEU stands for “Twenty-foot Equivalent Unit” which is a unit that represents one 20-foot container.

I would like to pick up three companies from this ranking and introduce them to you. 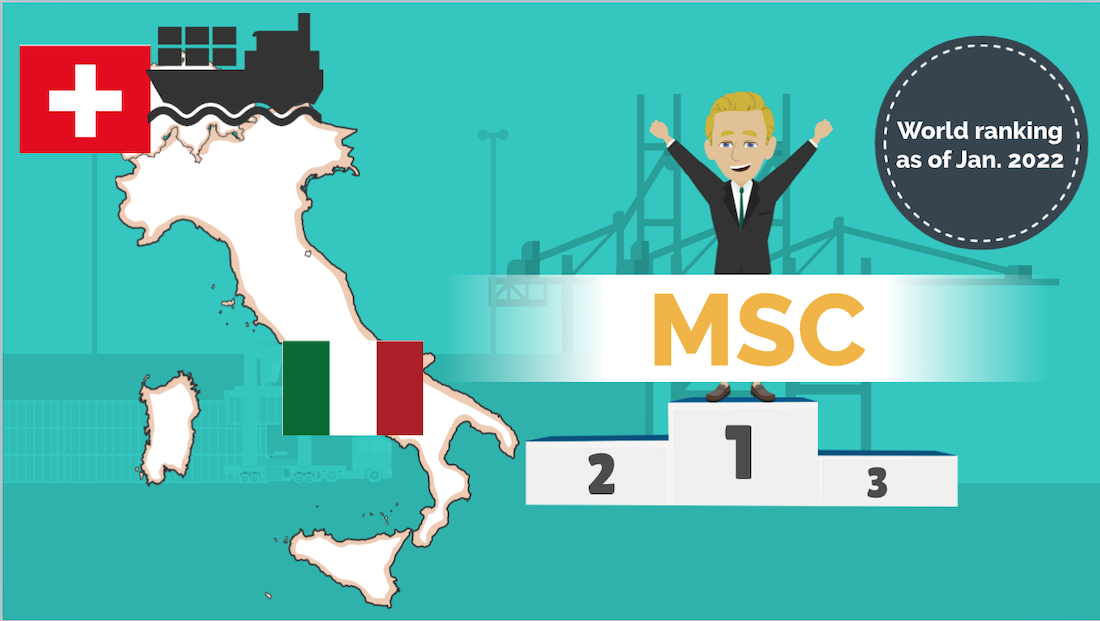 First on the list is MSC, Mediterranean Shipping Company Group, which as of January 2022 is ranked number one in the world.

It moved its headquarters from Italy and is now headquartered in Switzerland. 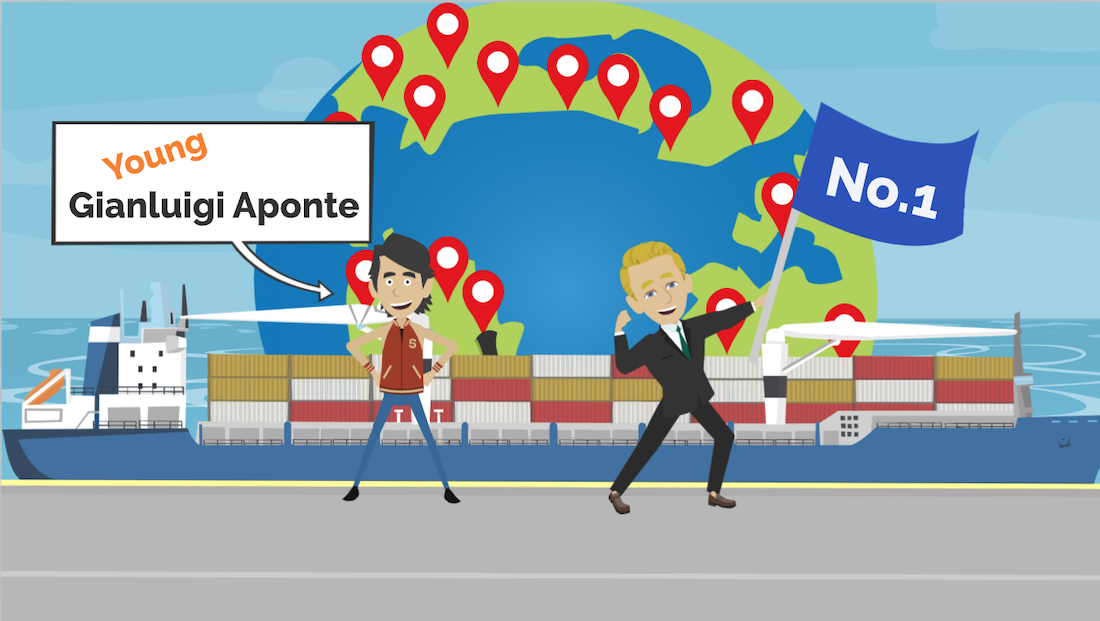 In 1970, the founder, Chairman Gianluigi Aponte started the business with a single cargo ship.

As of 2022, the company has grown to become one of the world’s largest shipping companies with operations in more than 155 countries. In January it overtook Maersk to take over the top spot, for the first time in 29 years. 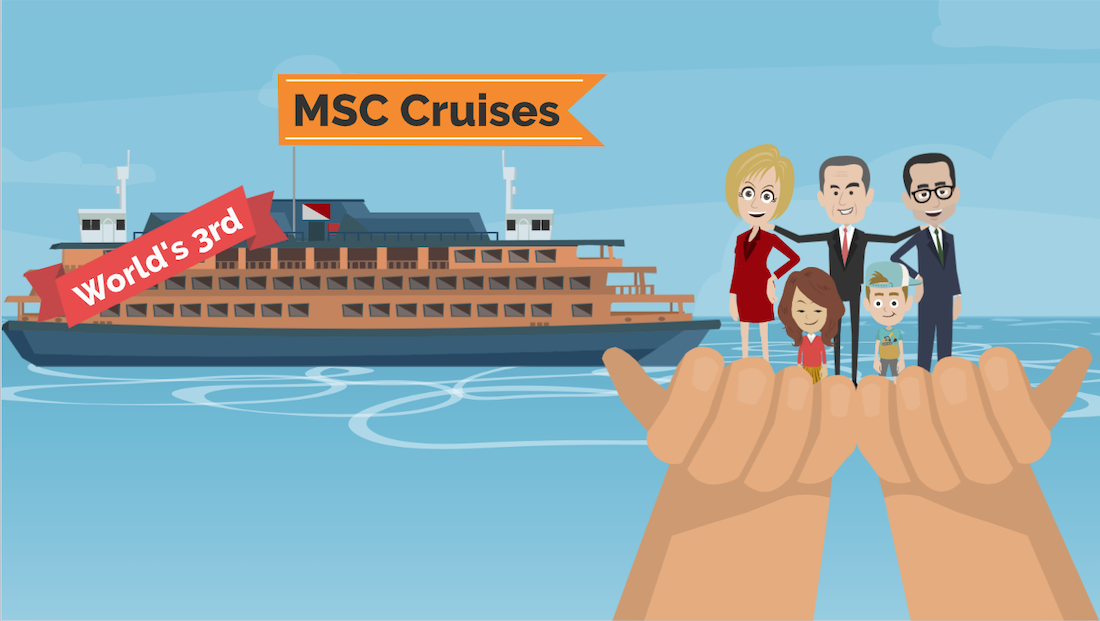 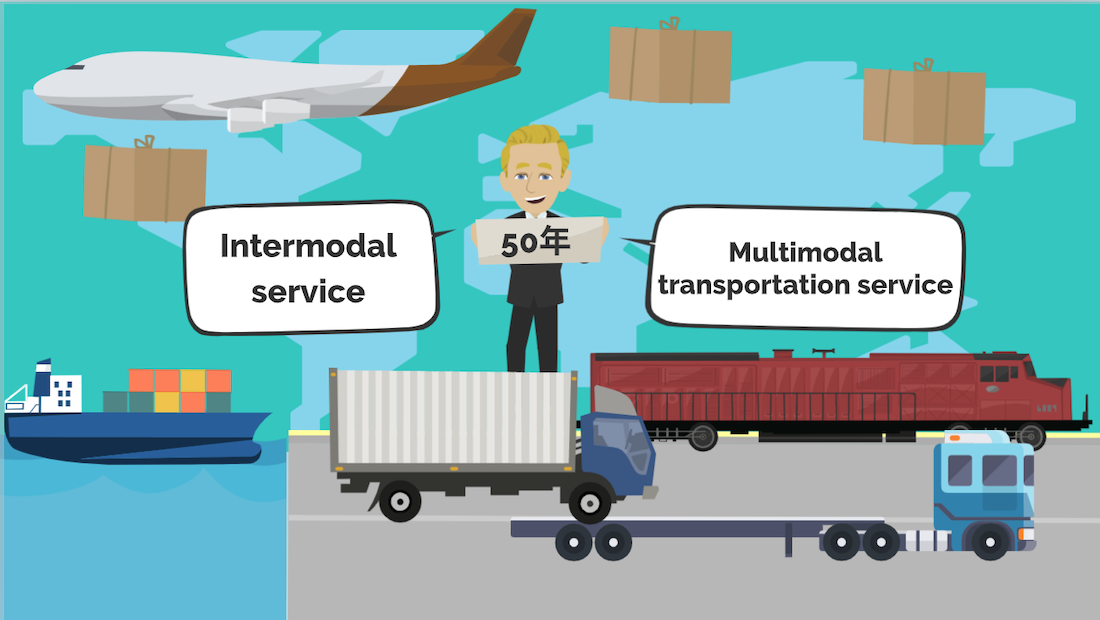 It combines not only ships but also different transportation services such as rail, trailer trucks and aircraft to move cargo to its final destination.

With the world’s largest manpower and equipment and a 50-year track record, MSC is able to deliver cargo safely and efficiently to any location in the world. 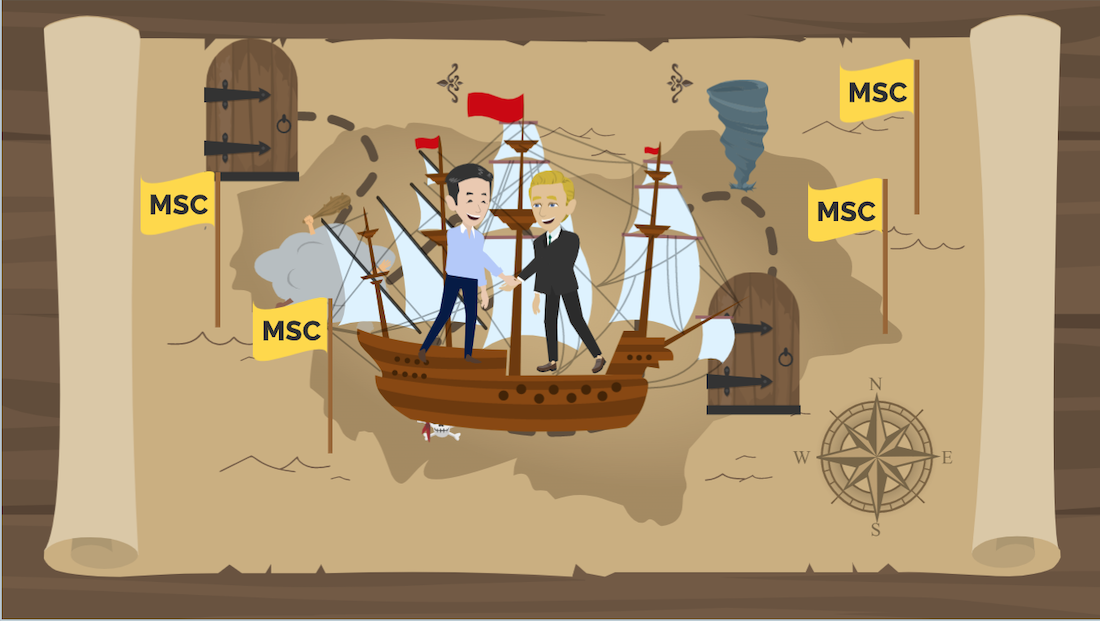 In the case of door-to-door delivery, there are concerns about various problems due to the longer transport time.

In such cases, MSC seems to be easily chosen by forwarders as a reliable shipping company with a worldwide network.

The next shipping company to be introduced is CMA CGM which is ranked third in the world.

Headquartered in France it was established in 1996 as a result of a business merger, between CMA and CGM, two major shipping companies. 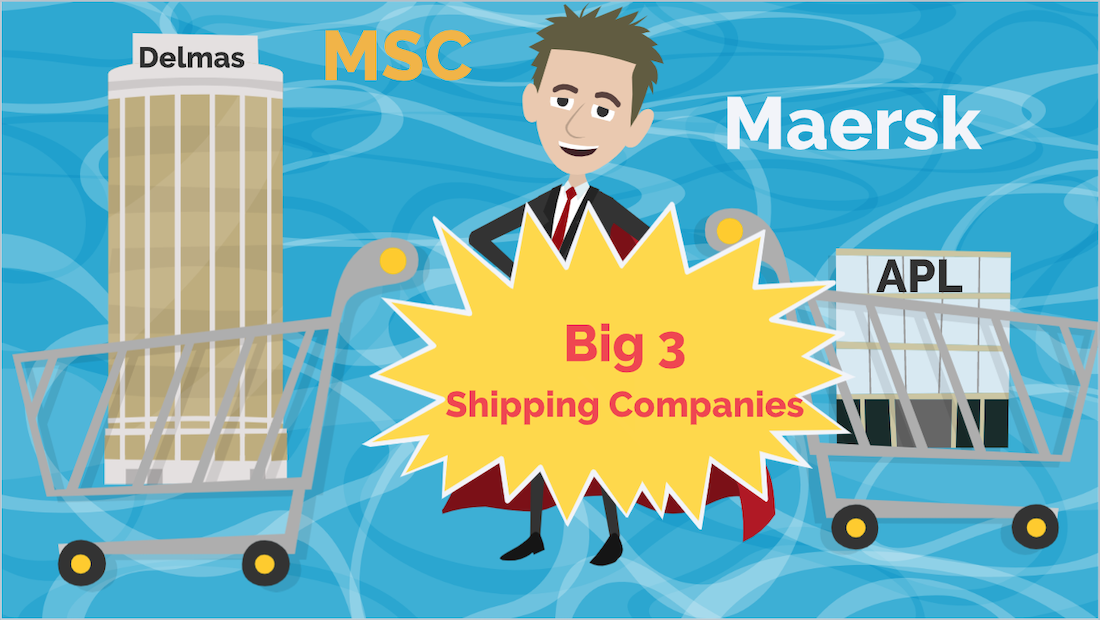 It has acquired major shipping companies “Delmas” and “APL” one after another and its scale is growing bigger and bigger.

Together with Maersk and MSC, they are known as the “Big Three shipping companies.”

Project to Improve the Flow of Supply Chain 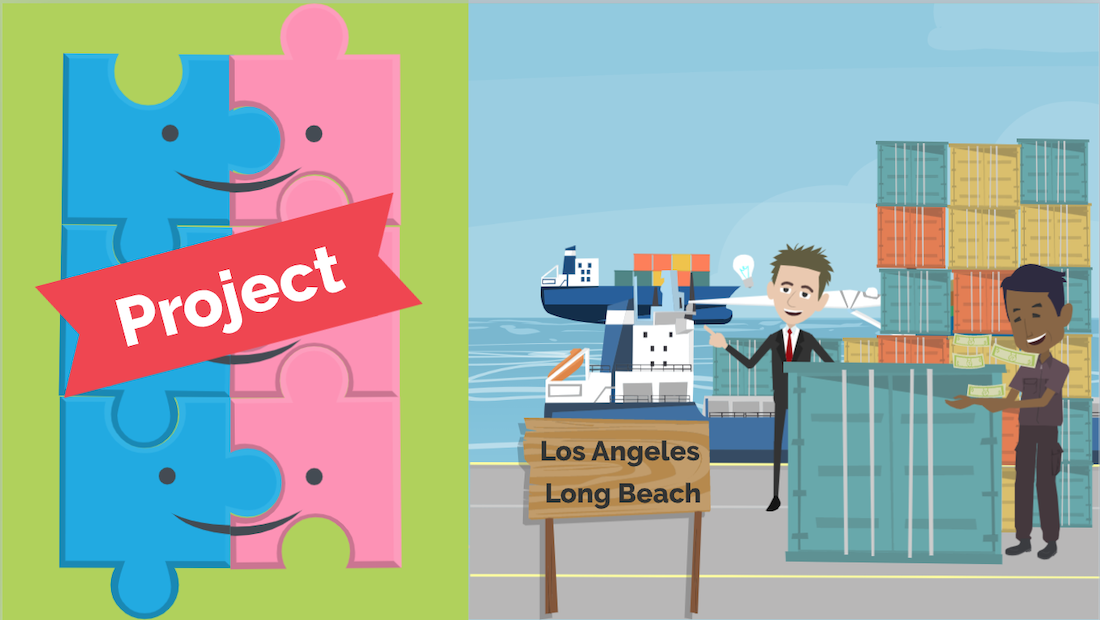 CMA CGM made headlines in November 2021 when it launched a project to improve the flow of supply chain to address port congestion caused by the Corona disaster.

The project is to support incentives of up to USD200 for helping to pick up containers early at the ports of Los Angeles and Long Beach. 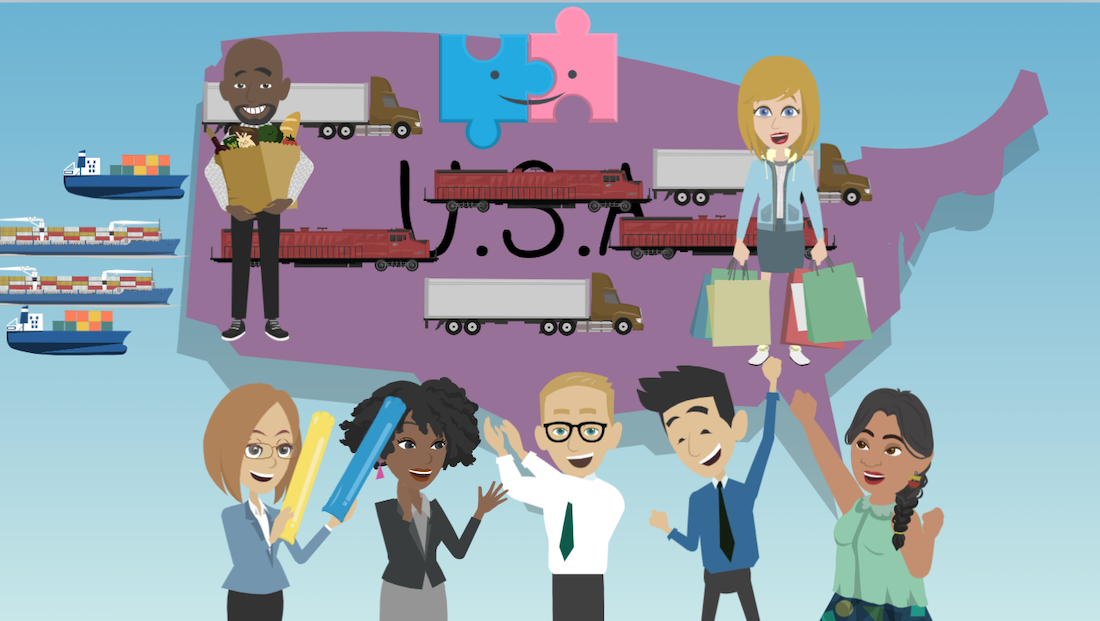 This measure to ensure uninterrupted logistics to the U.S. is highly regarded as a major initiative. It is because that it not only protected the consumption activities of the American people but also supported the entire logistics industry. 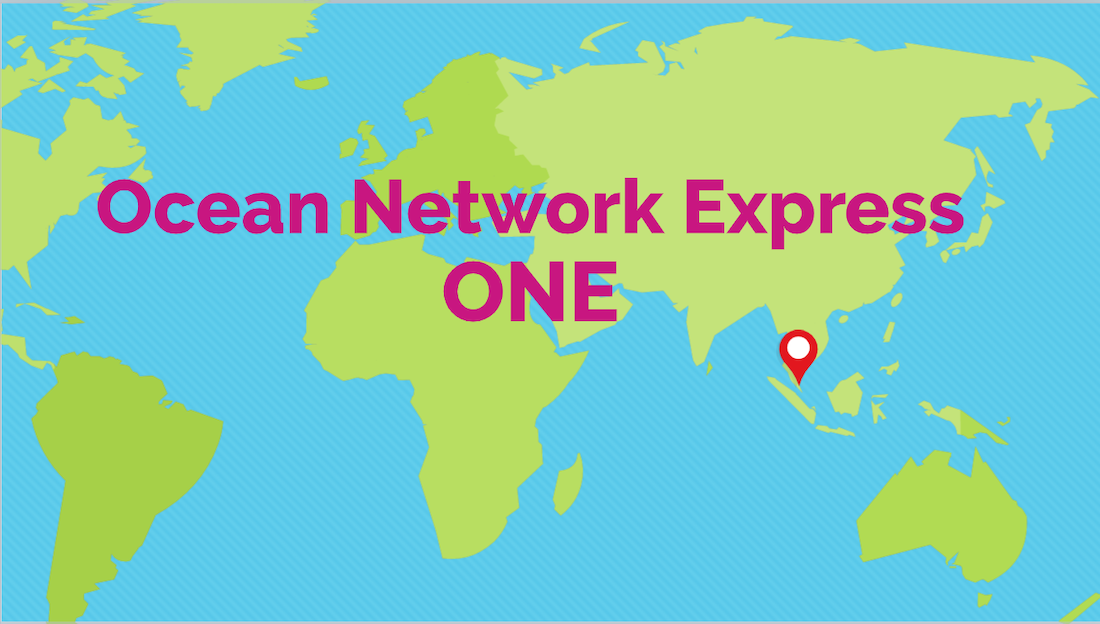 The last company I will introduce is Ocean Network Express headquartered in Singapore. It is commonly known as ONE. 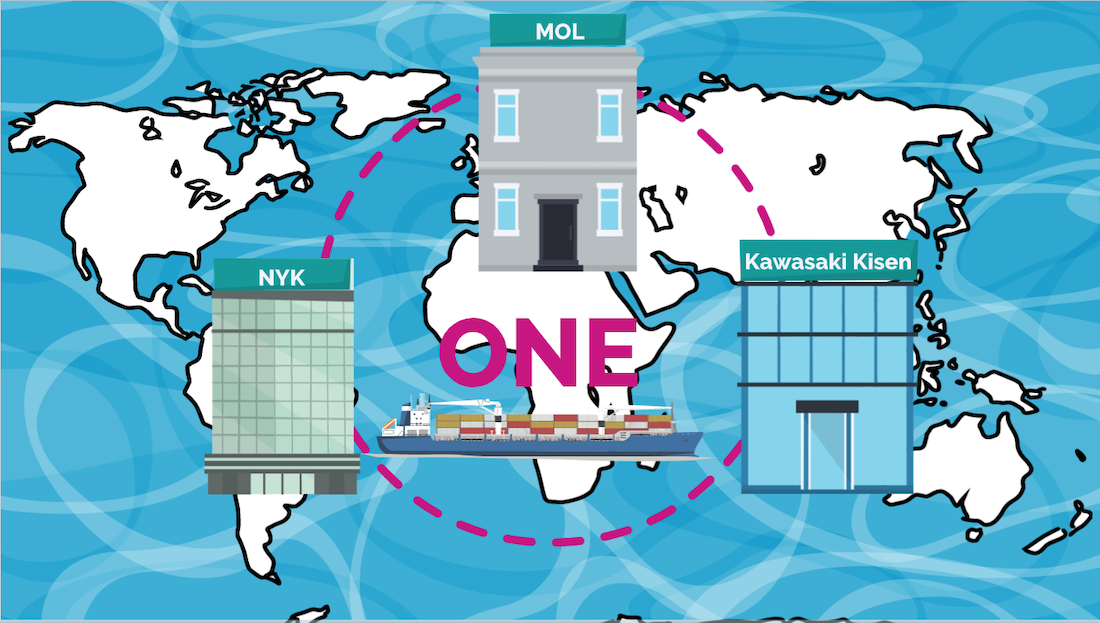 It’s fresh in our minds that in July 2017, Japan’s three largest shipping companies, NYK, MOL and Kawasaki Kisen, merged their container shipping businesses to form ONE.

The service was launched in April of the following year, and has established an extensive maritime network covering more than 120 countries around the world. 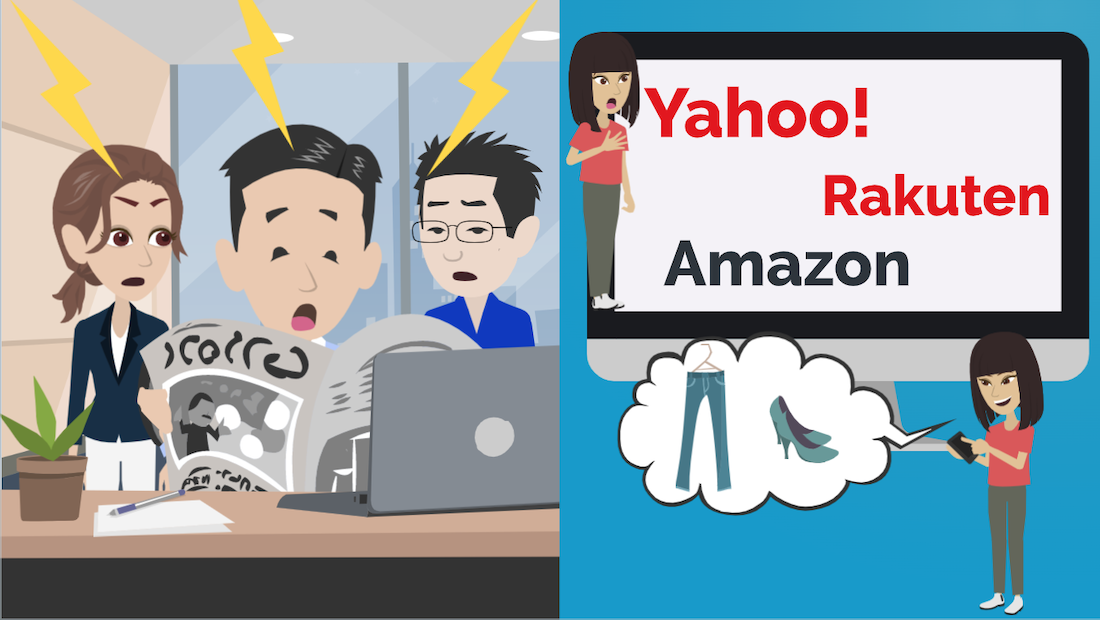 At the time, I was very surprised to hear that the three major shipping companies that represent Japan’s shipping industry would be integrated.

To put it simply, it would be like the merger of the three major e-commerce malls in Japan, Yahoo, Rakuten and Amazon. It is quite a shock for consumers when the major sites they usually use for online shopping are merged into one.

The birth of ONE was such a big news for those of us working in the shipping industry. 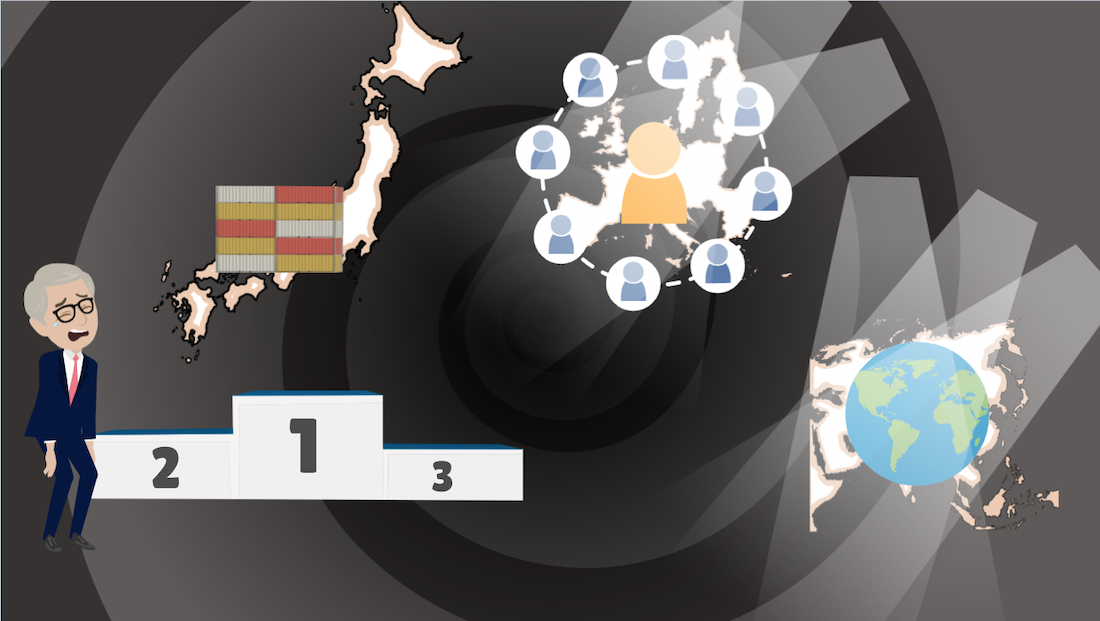 However, even ONE which is the result of the merger of Japan’s three largest shipping companies cannot rank among the top three in the world.

Japan used to be considered one of the world’s three largest shipping nations, but now cargo handling is decreasing year by year and the country is gambling on its survival.

The gap between Europe, where management integration is progressing, and Asian countries, where globalization is gaining momentum, is expected to widen further in the future. 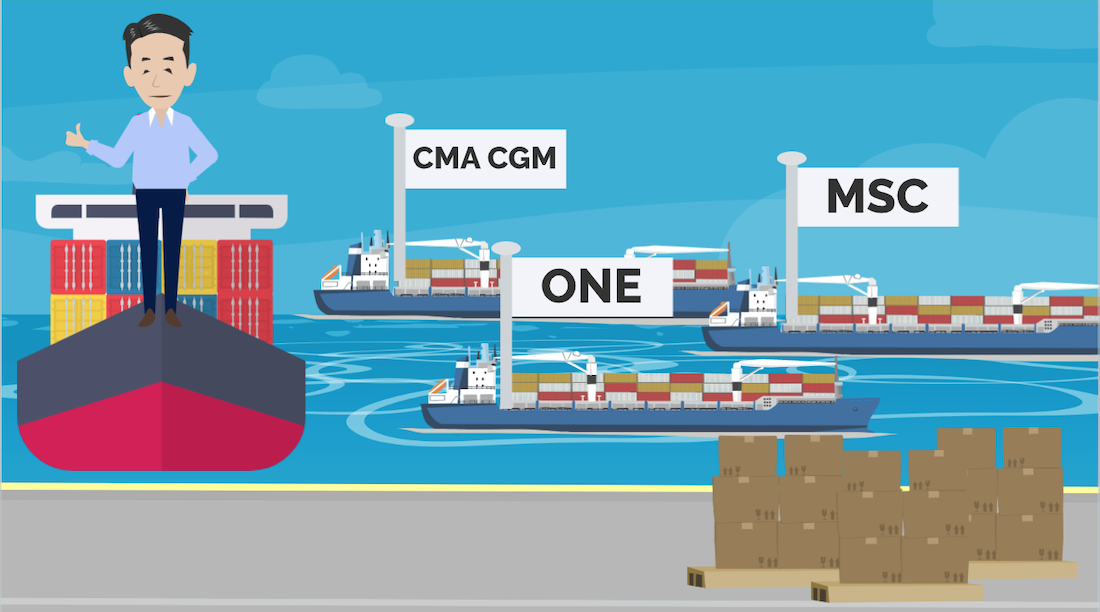 What did you think?

In this video, I have introduced three major shipping companies that I have selected based on my own judgment and prejudice.

Now, the Corona disaster has led to the bankruptcy of major companies and the congestion of logistics due to the shortage of containers. I hope you have become familiar with the shipping companies which are the cornerstone of the trade industry.

I hope this video will help you to become interested in shipping companies. 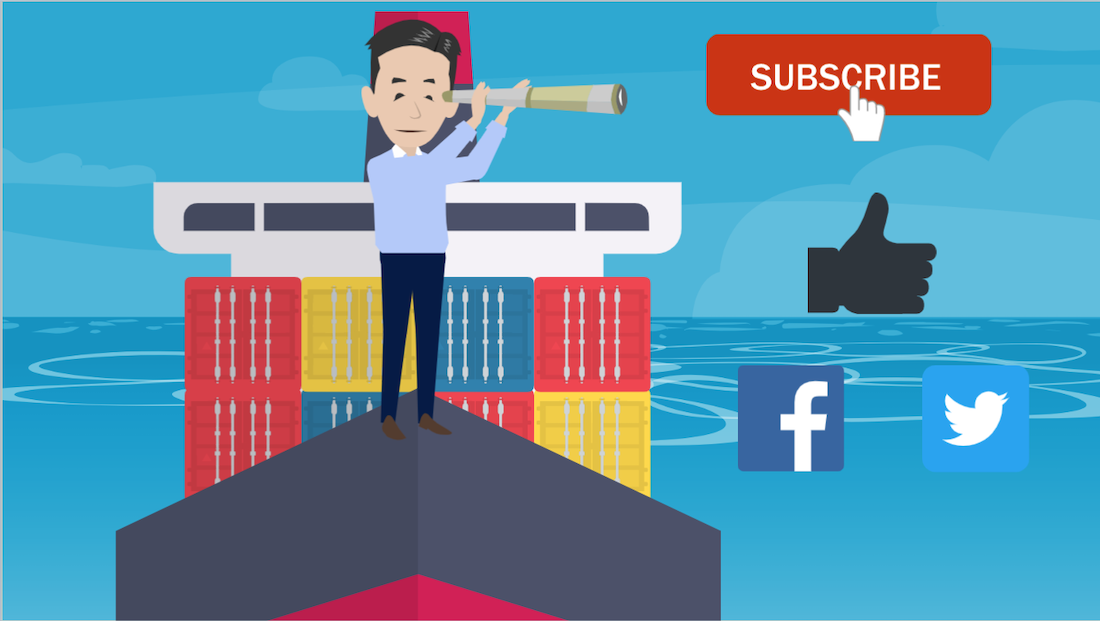 That’s all for now. I’ll see you in the next video.

Thank you very much!