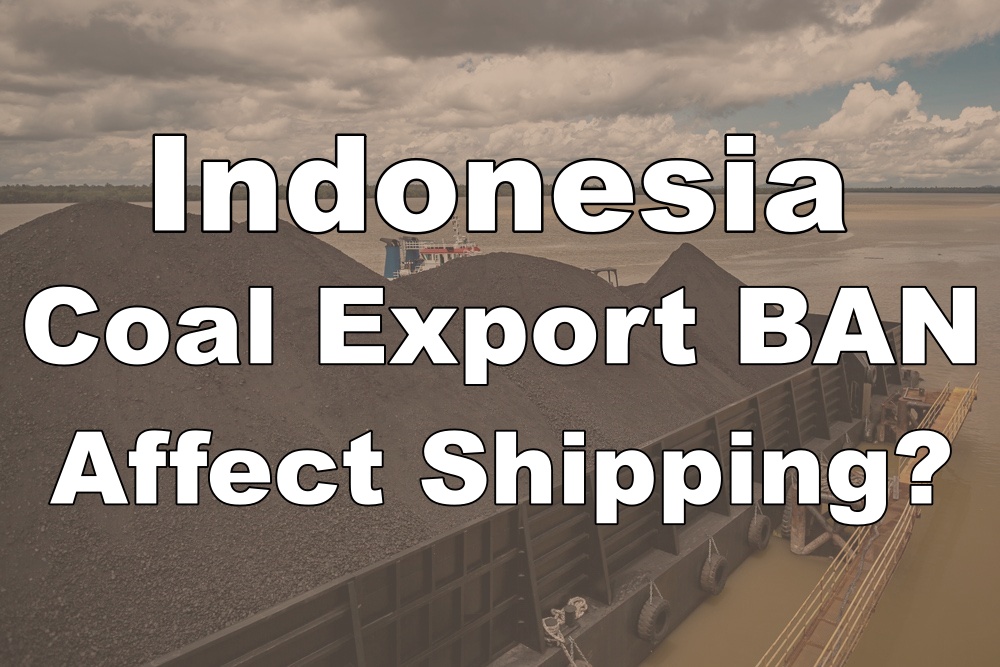 Today, I would like to talk about “the impact of Indonesia’s coal export ban on shipping.”

There is a lot of talk right now about Indonesia’s announced ban on coal exports, which will last for about a month, from January 1st to the 31st.

The background to the coal embargo is the tight power situation in Indonesia, which could lead to serious blackouts.

As a result, the government asked coal companies to divert coal for export to the domestic market, so it leads to the export ban.

The Indonesian president has taken strict enforcement measures against coal companies that do not comply with this export ban, including revoking their business licenses.

The largest export market is China, which accounts for about 32% of its exports, and it also exports to India, the Philippines, Malaysia, South Korea and Japan.

The Association of Indonesian Coal Companies has asked “immediate reversal of the export ban,” saying that “the decision was made out of the blue without prior consultation with the industry.”

It was reported yesterday that a meeting between coal producers’ group and the government scheduled for January 5th has been postponed.

Off the coast of Indonesia, several ships already loaded with coal are still at anchor, waiting to see if the export ban will be lifted. The reason for the postponement and the date of the new meeting have not been disclosed, according to the article.

How It Affects China?

Personally, I think the key point to watch is how this export ban will affect China.

In today’s news, there was a report that the bulker market is rising.

As far as containerships are concerned, spot freight rates plummeted last October before the National Day of China due to power shortages in China.

Manufacturing could not keep up with the demand before the vacation, and many cancellations were made in advance, resulting in a sharp drop.

At that time, the amount of coal mined in China was reduced.

However, the government resumed securing coal because it would be worse if power shortages continued in the country, and the power shortages settled down around November.

Now, it is winter and the demand for electricity is increasing due to heating.

I think there will be possibility that factories will be shut down due to power shortages, so production will not be completed before the vacation, then Booking will be cancelled, and which will cause ocean freight rates to plummet.

Indonesia’s ban on coal exports and the resulting electricity situation in China are probably checkpoints before the Chinese New Year, so I will continue to provide information.