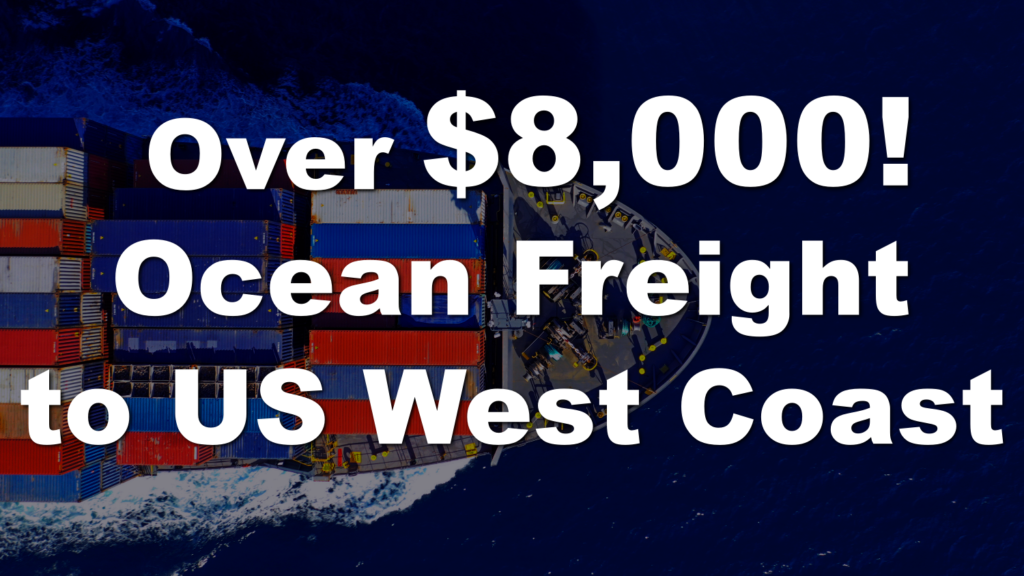 Today, I would like to talk about, “current container freight rates for the West Coast of North America.”

As of February 18, container freight rates from Shanghai to the West Coast of North America reached a record high of $8,117 per 40-foot container for the second consecutive week.

Rates for Other Routes

Rates generally drop after the Chinese New Year, but this year, overall, they have only dropped slightly.

Rates on the North-South route and intra-Asia routes also dropped slightly after the Chinese New Year, but there is no impression of a major collapse.

I don’t have the impression that rates have changed much, even from Thailand, either.

If it were before pandemic, the supply and demand would loosen up after the Chinese New Year. However, there is no sign of that, and the container freight market for short-term contracts tends to remain high.

As of the end of last week, the number of container ships at the ports of Los Angeles and Long Beach on the west coast of North America remained at a high level of 76 vessels.

Although the number is decreasing, 76 is still a large number.

As of now, rates for the West Coast are still going up and hitting new highs.

I was a little surprised to see that they are still going up, although I thought we had seen the ceiling of prices during the New Year holiday and Chinese New Year.

I read articles in the Wall Street Journal and Jobs.com to confirm the situation in North America.

It seems that the handling of empty containers at North American West Coast ports has improved.

The use of more than 75 sweeper ships to transport only temporary empty containers to Asia has created some work space at the terminal, which is an improvement.

However, the bottlenecks have not been resolved, and the shortage of space is still continuing, especially for North America.

The other day, I was asked if we could get space because he couldn’t get space at another forwarder.

Fortunately, we were able to take it, but we are still in a difficult situation because there is nothing to sell without a very strong purchase.

I think that both practitioners and investors are concerned about freight market conditions. I will continue to send out the information.