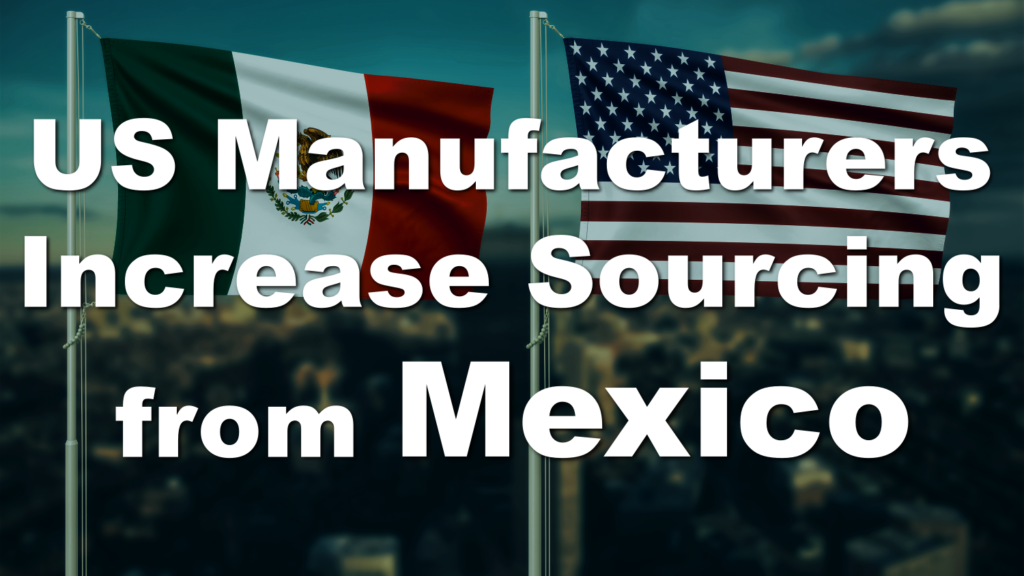 Today I would like to talk about, “Procurement Bids from Mexican Suppliers Surge, Purchases from China Decline” from article of Wall Street Journal.

The Rise of Mexican Suppliers

Currently, global supply chains are disrupted and manufacturers are restructuring their purchasing.

In this context,new data suggests that Mexican suppliers are on the rise.

According to software procurement firm, Jaggaer, last year, major U.S. manufacturers purchased six times more from Mexico-based suppliers than they did in 2020.

Data from 30 major U.S. manufacturing clients also show that the number of Chinese suppliers that received procurement bids declined by 9% in 2021.

This is a move to recover from a series of hits to the supply network, including Corona pandemic, port bottlenecks, extreme weather, and conflicts.

At the same time, it said, those manufacturers’ purchases from suppliers in the Asia-Pacific region decreased by 26%.

Changes in the Supply Chain

A survey of 2,000 U.S. and U.K. executives by a London-based consulting firm found that 15% are moving production closer to their home countries or sourcing from suppliers in neighboring regions, and 26% are considering doing so.

Sourcing goods from a variety of suppliers, from one to two, three, or four, to get them on the shelves and to consumers,” is “a major challenge currently addressing,” the article reported.

There is a move to source from multiple companies and multiple regions, furthermore, to source closer to their home country.

As a result, the production base is changing. It is shifting in such a way that long-distance shipping routes from Asia to Europe and the U.S. are decreasing.

These market trends may lead to increased in trucking from Mexico to North America and in investments to northern Africa, which could become a production center for Europe.

I believe that the recent supply chain disruption has made people, especially in Europe and the U.S., aware that keeping production bases away from their home countries is very risky.

I will continue to update the information on global trends and hope that you will use it as an indicator of future developments.