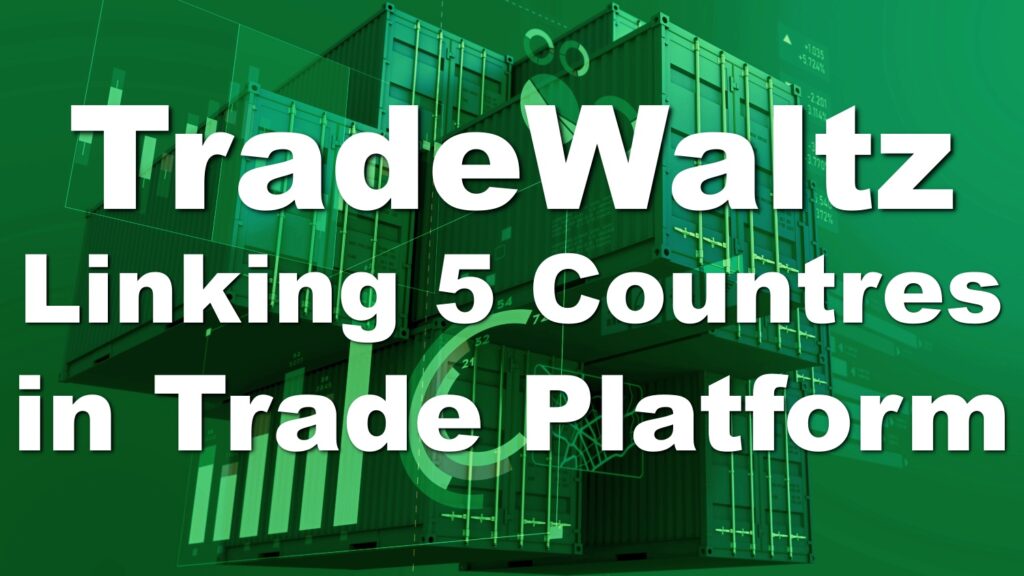 Today, I would like to talk about, “Trade Waltz Links Trade Platform among Five Countries” from the April 27 Japan Maritime Daily article.

TradeWaltz to Collaborate with 5 Countries

TradeWaltz, which operates a trade information collaboration platform, announced that it will conduct a demonstration of system linkage between trade Platform in five countries: Singapore, Australia and New Zealand, in addition to Japan and Thailand.

This project has been adopted by the Ministry of Economy, Trade and Industry as part of the “Indo-Pacific Region Supply Chain Resilience Project”, and is intended to demonstrate the efficiency of customs clearance operations.

This platform is to link electronic data on commercial distribution of actual business, which is the source of information for customs clearance.

In trade transactions, there are many related vendors to transport one deal, and there is a lot of paper. You need something to present as a common certificate to multiple related vendors, and until now, that has been paper.

TradeWaltz platform connects the data of each affiliate by releasing API, so that trade procedures can be performed on one common platform.

This is what leads to this demonstration of the digitalization of trade across countries.

To Improve the Efficiency of Trade Procedures

In addition to the collaboration of trade Plarform in the five countries, there is also a move to import data from certificates of origin, eCO issued in digital data into TradeWaltz through a connection between TradeWaltz and the Chamber of Commerce’s system, and link it to practitioners in the partner country, or trade platform.

This is also aimed at streamlining trade procedures at customs offices in importing countries.

Until now, there has been an initiative to use electronic B/L called eB/L. However, it does not seem to have penetrated that far in practice, and originals or PDF are still being used.

Similarly, certificates of origin are also handled in original form. In Japan, I have experience in dealing with its copy, but in Thailand, I are basically aware that copy one is not allowed.

I personally think that managing data on a platform is absolutely useful.

Rather than sending PDF via email every time, we can open a common platform and drop the necessary information there, and the information will remain organized.

Since this is a demonstration of the collaboration of digital platforms across countries, I am looking forward to seeing how it will progress in the future.

I will also update the digital information.