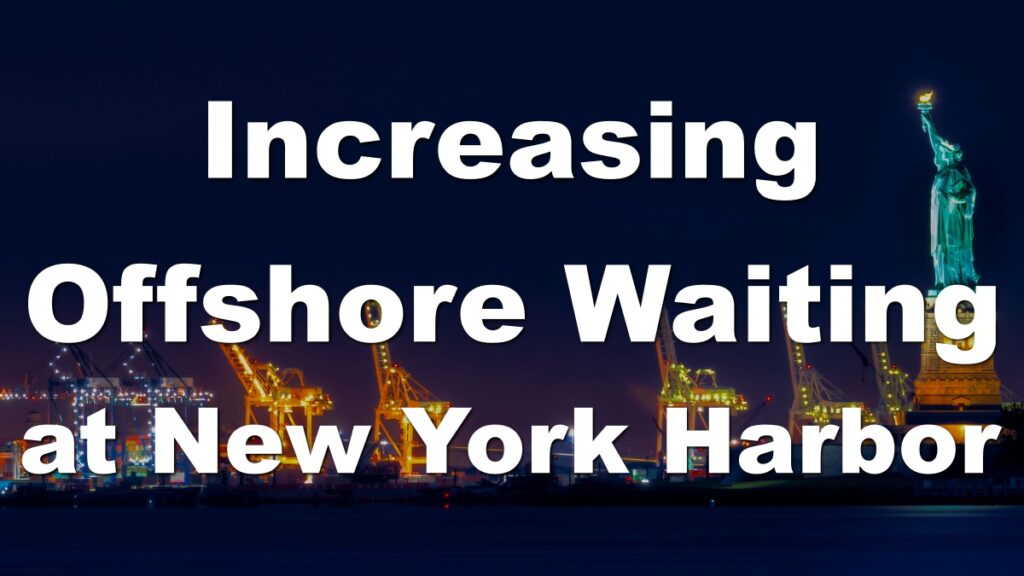 Today, I would like to talk about, “Logistics bottleneck hits at East Coast of North America.”

Daily Logistics Radio by IINO san in 20th May 2022

As of last week, offshore waitlists at the East Coast’s busiest ports averaged 14 vessels per day, the highest since the Corona Pandemic.

The executive director of the Port Authority of New York and New Jersey has stated that “port officials are talking with shipping lines, truckers, and warehouse operators to ease the jam, as a stronger shipping rush is expected in the summer when the peak shipping season begins.”

The Shanghai lockdown has reduced cargo volumes, but is causing congestion on the East Coast of North America.

This is a concern for shippers looking for alternatives to the LA and LB ports.

Currently, shipping is significantly delayed on the West Coast due to congestion, and labor contract negotiations with West Coast dockworkers are imminent, causing further disruption.

Therefore, cargo is being dispersed to New York, New Jersey, and the Gulf Coast to avoid congestion on the West Coast.

Congestion is occurring at these dispersed ports.

However, that has begun to change this year as import volumes have slowed on the West Coast and continued to rise in the East.

At the Port of Los Angeles and Long Beach, first-quarter imports slowed to a 2.7% increase over the same period last year, while New York and New Jersey saw an increase of about 12%.

Congestion on the East Coast has caused shippers to take longer to pick up their cargos, and empty containers are piling up waiting to be returned overseas.

The port’s container yard is clogged with 120,000 empty containers, more than twice the usual number.

The port plans to ease congestion by opening up 10 acres of land to store empty containers.

Effects of Accumulation of Empty Containers

This accumulation of containers is delaying cargo handling operations and disrupting trucking facilities.

According to a New Jersey-based trucking company, more than half of its 400 container hauling trailers are stuck with empty containers waiting to be returned to the port.

This prevents the company’s drivers from picking up imports or delivering cargo to warehouses and distribution centers.

The company states that if they could return the empty containers, they would probably be able to do two to three times as much work as they do now.

Director of the New York and New Jersey port operations said she expects imports to rebound sharply once the peak shipping season begins in a few months.

“And the port is working to have its facilities operating as efficiently as possible by then” she continued.

I thought that the Shanghai lockdown had reduced cargo transported and freight rates had calmed down.

However, New York and New Jersey ports had record offshore waiting since the Corona Pandemic.

This will be a major problem in the future if not resolved quickly.

The peak season in July and the lifting of the Shanghai lockdown scheduled for June will increase cargo volumes.

In the midst of this, the situation of offshore waiting even on the East Coast is dangerous.

During the last period of labor negotiations, cargoes went to the East Coast because of the strike. This year will be no different.

If cargo volume increases further to the East Coast, where there is already an offshore waiting list, there will be another disruption.