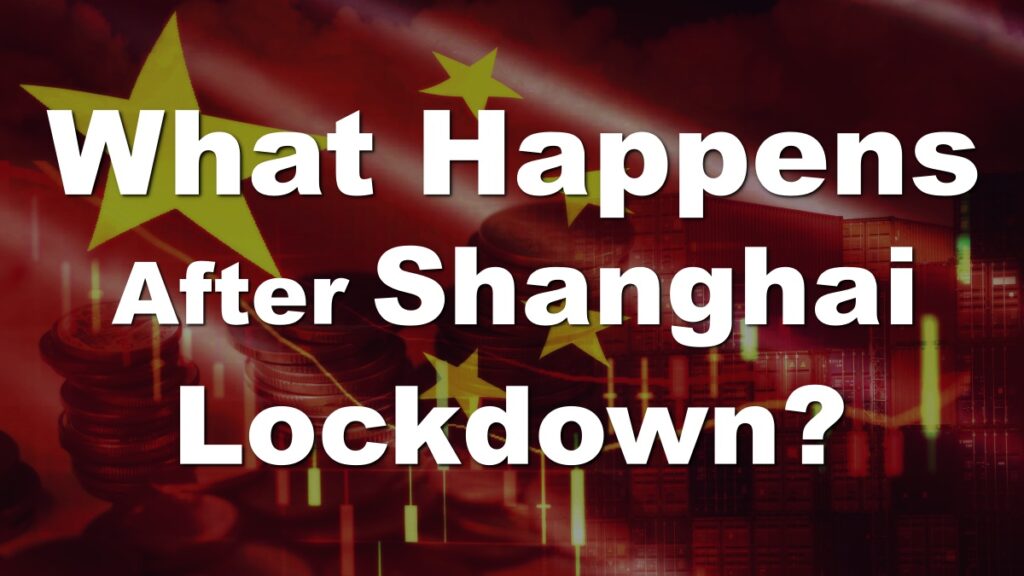 Today, I would like to talk about, “Japan-China routes to and from Shanghai are recovering.”

Bookings on the Japan-Shanghai route, which had been cancelled one after another due to the lockdown in Shanghai, China, are on the road to recovery.

According to several shipping company officials, bookings from Japan to Shanghai had temporarily declined by about 40% due to difficulties in unloading cargo at the port of Shanghai.

The number of bookings from Shanghai to Japan was also less than half that of previous years, and shipping companies were taking measures such as Omit and reducing the number of flights.

Bookings have been gradually increasing since mid-May, but it is widely expected to take about a month to normalize as in previous years.

The Port of Shanghai maintained port operations even under lockdown and both the Waigaoqiao and Yangshan terminals continued to operate.

Nevertheless, the number of dockworkers working in an environment isolated from the outside world was limited, and the port’s utilization rate seems to have declined.

One shipping company official said, “The current operating status also seems to be only 60-70% of normal.”

Container loading and unloading also stalled due to restrictions on land transportation.

Cargoes were held up in the yards, and some shipping companies stopped accepting bookings for reefer and dangerous goods bound for Shanghai.

Because of this situation, during the lockdown, there was a series of cancellations of bookings for cargoes from Japan to Shanghai.

Shifts to neighboring ports increased temporarily, but many shippers chose Ningbo and Taicang as alternative ports, resulting in a tightening of yards.

The feeder service to and from the ports of Shanghai was also full at all times, and shippers’ use of the service was limited.

In fact, the use of the alternate port was not functioning that well.

After the Lifting of the Lockdown

Shipping company officials are expecting a rebound in cargo movement following the lifting of the lockdown.

Some shipping companies have resumed accepting dangerous goods and reefer cargoes since the middle of last month.

Since mid-May, bookings for both imports and exports have been increasing.

Shipping company officials state that, “the bottom has fallen out and we are looking forward to the trend from the middle of this month onward.”

However, the article concludes by saying that there are still some ships waiting offshore at Yangshan and Waigaoqiao, and it will take more time for the schedule to stabilize.

Are Freight Rates Going Up in the Future?

Imports and exports themselves were not that much, as factory operations were down to begin with during the lockdown.

It will be interesting to see how far this will come back from next week onward.

It will not return immediately, but will take about a month, and a month later is July. Normally, this is when the peak season for North American exports begins.

My personal prediction is that spot fares will jump around July.

I will keep you updated on this information. That’s all for today. Thank you.