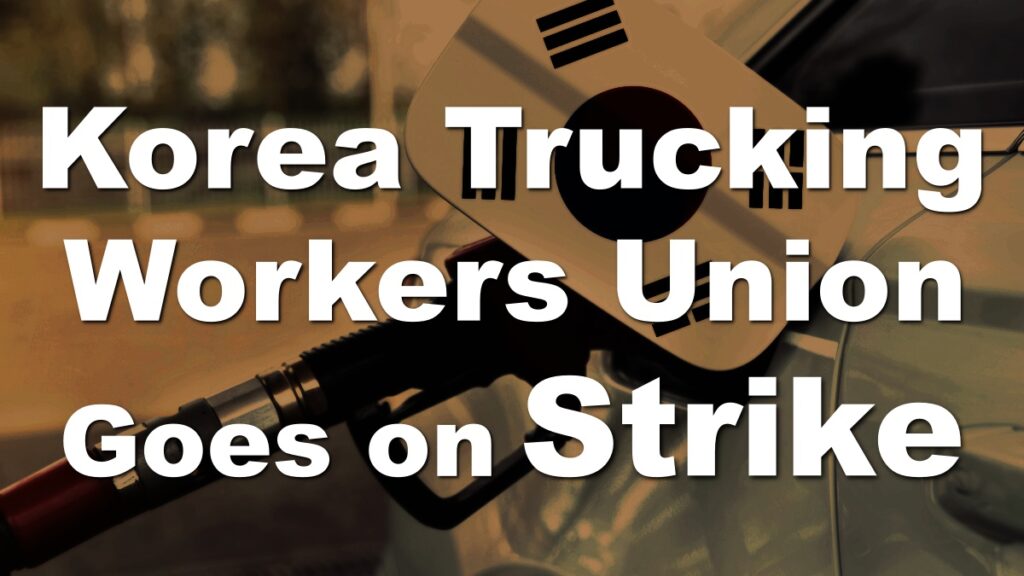 Today, I would like to talk about, “Trucking Workers Union Goes on Strike on June 7.”

According to local reports, the South Korean truck drivers’ labor union will go on a full-scale strike on June 7.

The labor union is demanding higher freight rates against the backdrop of soaring fuel prices and other factors, and there are concerns about the impact of the strike on port logistics.

The Impact on Logistics

Trucking unions held a three-day strike last year to demand the continuation of the Safe Freight System, which includes rules on freight rates.

Last year, the strike did not cause major disruption because the date for export containers to be delivered to the port was moved up and only a few drivers participated in the strike.

There is a strong tendency among those involved to believe that the impact of this year’s strike will be limited.

However, some users have been notified that the strike may have an impact on them after the 7th.

With the supply chain disrupted due to port congestion and the Shanghai lockdown, all parties concerned are closely monitoring future developments.

In some cases, strikes are caused by low wages, while in other cases, such as in the West Coast ports, they are special strikes to protect their interests.

I think the reason for this is the commoditization of work.

Because they are easy to replace, wages are hard to raise, and when that happens, employers try to automate them.

I feel that this is how the acceleration of industrial change happens.

This article made me think about the industry I am in and whether my skills have been commoditized, although it has nothing to do with logistics.