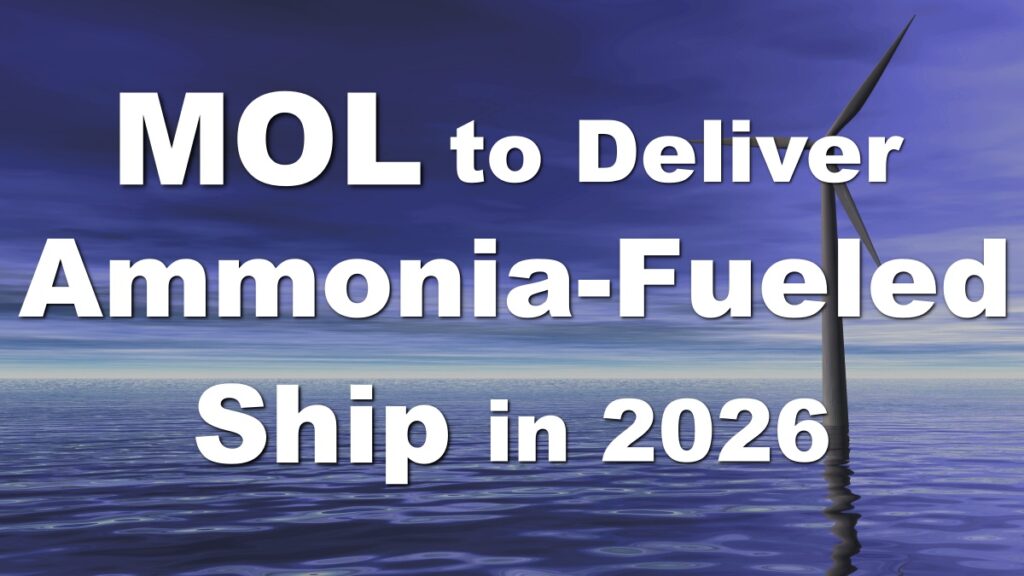 Today, I would like to talk about, “MOL develops first zero-emission vessel using ammonia fuel with Mitsui E&S Shipbuilding and Tsuneishi Shipbuilding.”

The ships will use part of the ammonia loaded as cargo as fuel to achieve net-zero CO2 emissions during the voyage.

I think it is interesting that while transporting ammonia as cargo, a portion of the ammonia will be used as fuel.

The vessel is scheduled to be completed and in operation around 2026.

Since ammonia does not emit CO2 when it is burned, it is attracting growing interest worldwide as a next-generation clean energy source.

About the Ammonia Fuel Carrier

The jointly developed vessel is envisioned to be a medium-sized ammonia and LPG carrier with a loading capacity of 40,000 cubic meters.

The vessel will be the type of vessel that handles the majority of international marine transportation of ammonia.

And it is capable of entering major ports for shipping and receiving ammonia and LPG, and is expected to be deployed on a variety of shipping routes.

The orthodox shape of the vessel means that it is highly versatile.

Increasing needs are expected for the conversion of ammonia into marine fuel and for marine transportation.

Ammonia is attracting attention as an alternative fuel to petroleum, and ships that transport ammonia instead of petroleum are being developed.

Since ammonia has already been used in fertilizers, we have know-how in its transportation and storage.

Therefore, it is said that it will be used as a next-generation fuel before hydrogen.

The Future of Next-Generation Fuels

At the moment, all shipping companies are dealing with LNG, methanol, ammonia, and hydrogen as next-generation fuels in all directions.

MOL is developing a system that uses wind to propel ships in addition to fuel.

Environmental measures are becoming a trend, or perhaps an imperative, so I will be keeping a close eye on what each company is doing.