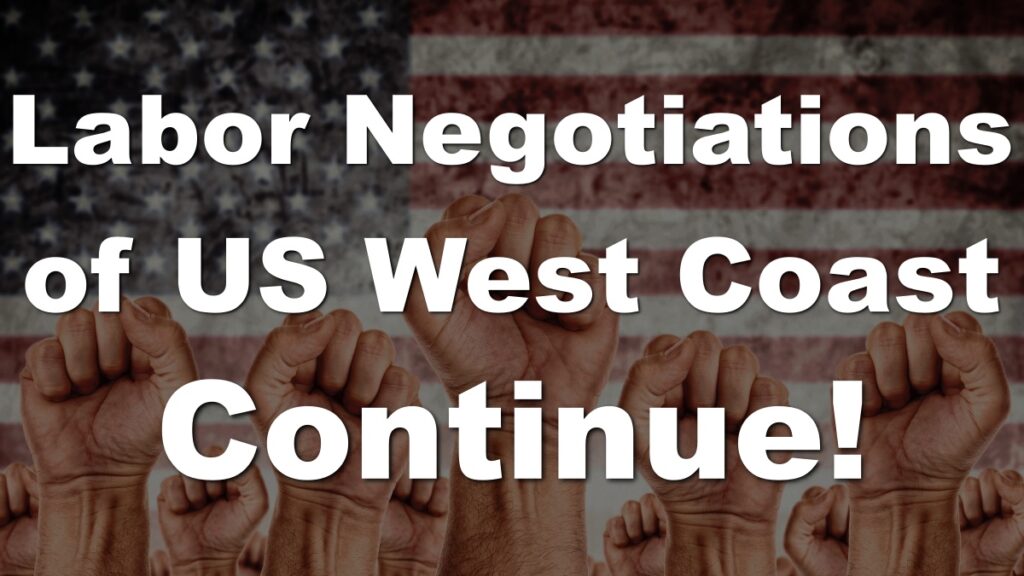 Today, I would like to talk about, “U.S.-West Coast Agreement, Talks continue after deadline. Prospects Unclear.”

On July 1, PMA, the employers’ organization for U.S. West Coast ports, and ILWU, the labor union, issued a joint statement.

They made it clear that they will continue to negotiate for a new agreement after the current collective bargaining agreement is terminated.

At this time, there is no new information beyond a statement of intent to continue negotiations, and there is much uncertainty about the prospects for negotiations.

The current collective agreement between ILWU and PMA expired at 5 pm on July 1.

However, the details of the negotiations were not communicated to the outside world, and no significant movement was made until the expiration of the agreement in July.

In this year’s labor-management negotiations, PMA, the employer’s side, stated that the following would be its basic policy in the conduct of the ongoing discussions on the operation

ILWU is strongly opposed to these policies leading to automation, and the biggest focus of the current labor-management negotiations is how to handle automation in ports.

Currently, the labor side is working in a slow-down strategy to linger.

There is a background of low demand in North America this year, with high interest rates, less buying, and consumption shifting to services.

Even though demand is low, it will be interesting to see how the slowdown affects us.

I will keep you updated on what happens.