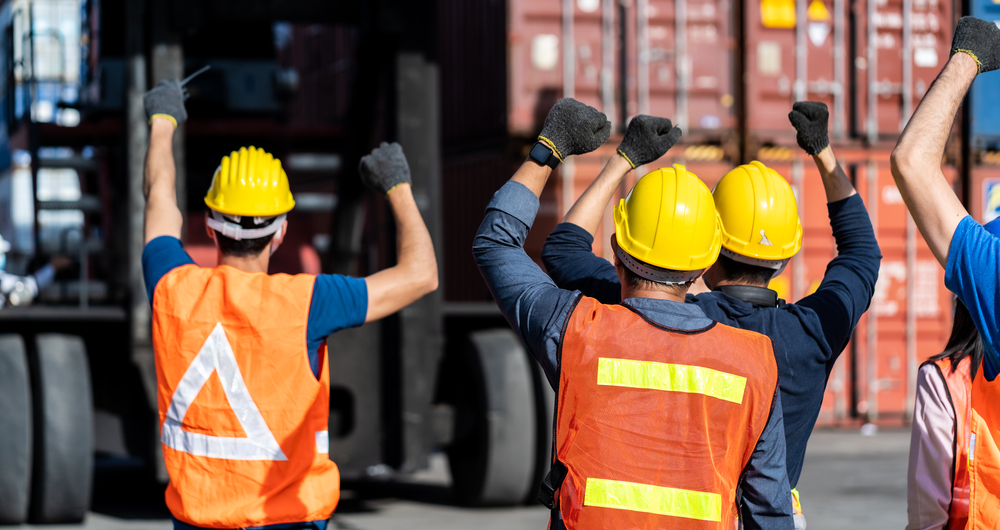 I would like to broadcast IINO san’s Logistics Radio today.
Today’s theme is about HMM, the shipping company in South Korea, goes on strike ?


On 23rd August, there was news that the labor union of HMM in South Korea voted for or against the strike and a whopping 92% voted for it. If there is no improvement, the seafarers have stated their intention to disembark all together at Busan port.

First of all, let me explain about HMM. It is now called Hyundai Marchant Marine in English.

It is the largest shipping company in South Korea, although it left the Hyundai Group in 2016. It is also the 8th largest one in the world in terms of container handling volume.

Let’s also take a look at the players in the international container shipping market in South Korea.

And with Hanjin going bankrupt in 2017, I get the impression that this is a fiercely competitive market as shipping companies.

Why are they about to go on strike this time? This is a problem with the working environment at HMM.

Seafarers’ Act not being followed

How was HMM’s working environment a problem? First of all, according to the Seafarers Act, seafarers are supposed to work on board a ship for up to six months after embarkation. However, the actual working environment was such that they had to live and work on the ship for about a year.

Wages not going up

And seafarers’ wages have remained unchanged for six years, so their salaries have not risen for a long time.

Shortage of seafarers and Corona

Furthermore, seafarers are not allowed to board a ship without a PCR inspection certificate of Corona. Then, seafarers without it could not board the ship, so that those on board could not get off.

The background to this is that for the 10 years from 2010 to 2020, Hyundai had an operating loss for the entire year.

In 2020, the company has an operating profit of KRW980.7 billion (USD8.409 billion). Also, in the first half of this year, 2021, we will see an increase in revenue and profit. However, for the previous 10 years, it had been in the red in operating income.

The fact that the company has been losing money in operating income for 10 years does not mean that the working environment is bad.

And at this time, more than 90% of the seafarers are in favor of a strike to negotiate wages and improve the working environment.

Conditions offered by the company

This is the equivalent of five months’ wages in encouragement money and production incentives.

They said that they will negotiate that if this is refused, the seafarers will disembark all together.

MSC to secure personnel for HMM

Here’s an approach from a shipping company in another country. The Swiss company MSC (the world’s second largest) is negotiating a 2.5 times higher wage for these HMM seafarers.

MSC is currently working to secure personnel. In recent years, shipping companies have been ordering new ships, and it causes the shortage of seafarers, which is one of the issues. MSC is recruiting HMM’s navigators, deck officers and cooks.

Therefore, I think that even if there is no actual strike, the number of HMM sailors will decrease.

There will be a renegotiation between HMM’s labor union and the company on 1st September, and pay attention to the future development.