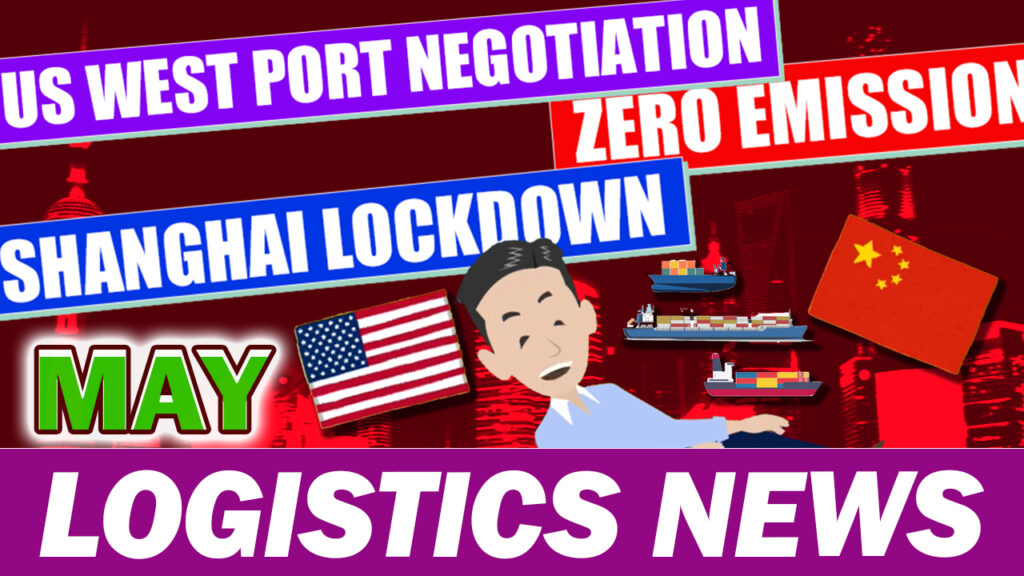 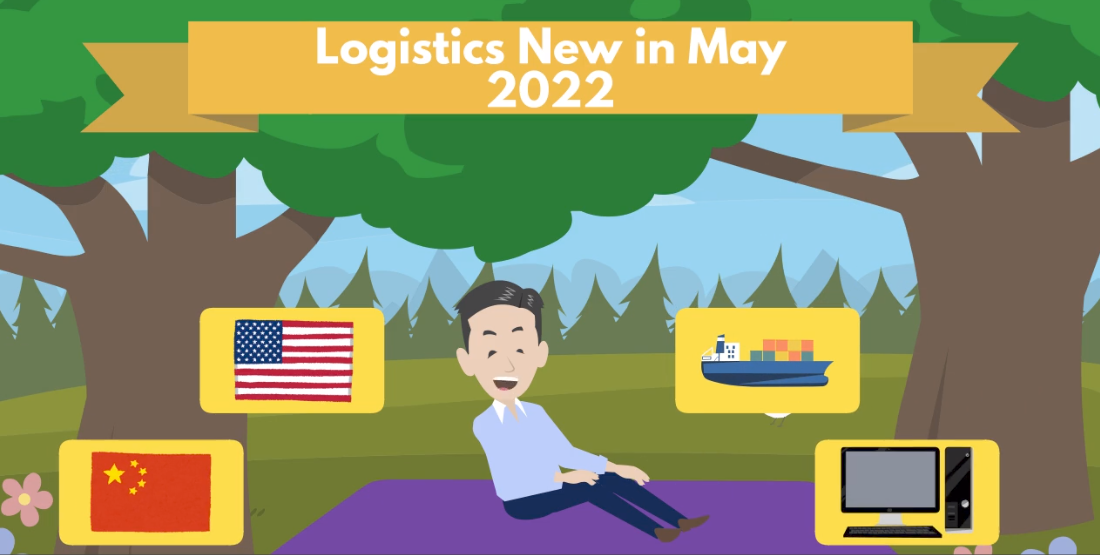 This time, I will provide you with May’s logistics news.

I will mainly bring you labor negotiations on the North American West Coast, the Shanghai lockdown, zero emissions and digitalization efforts. 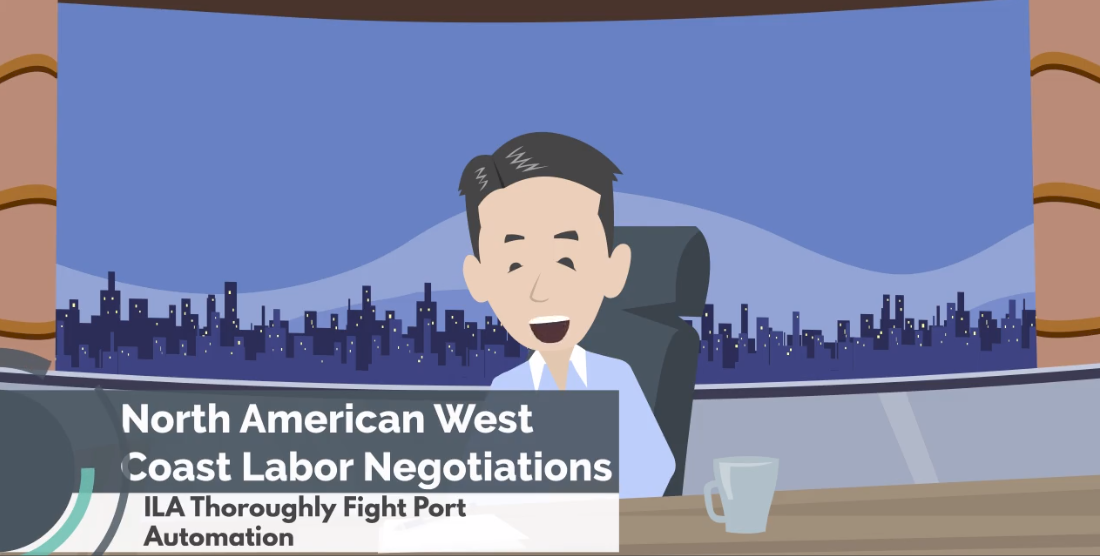 Labor-management negotiations at North American West Coast ports began on May 10, with ILA, East Coast Labor Association, President Daggett saying he would “fight tooth and nail” against further automation of marine terminals in the United States. 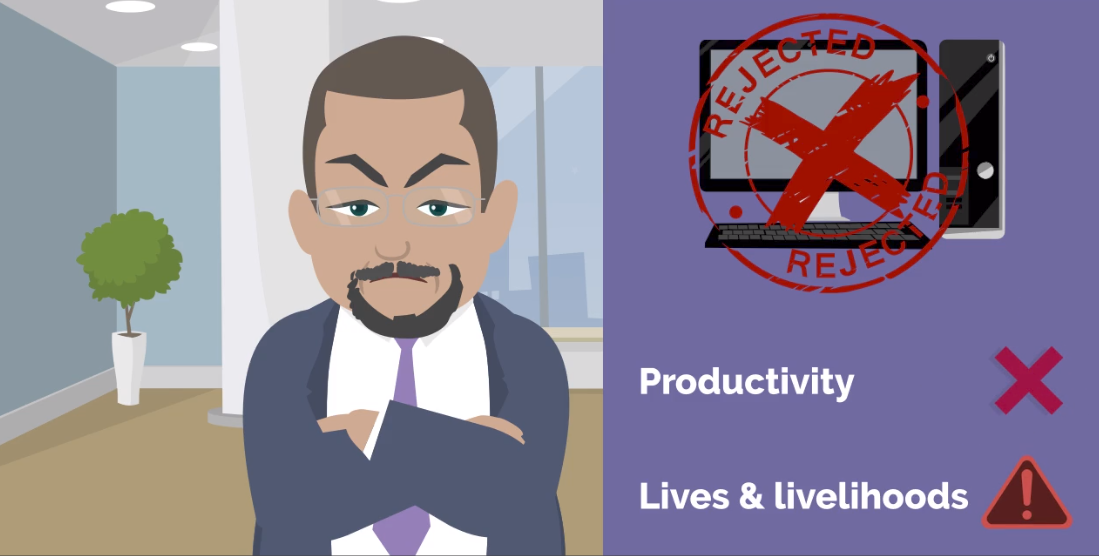 Mr. Daggett made a video statement that he is united with ILWU on the West Coast in opposition to automation at the port.

In it, he said “Automation does not increase productivity, it destroys lives and livelihoods and we will fight it tooth and nail with ILWU.” 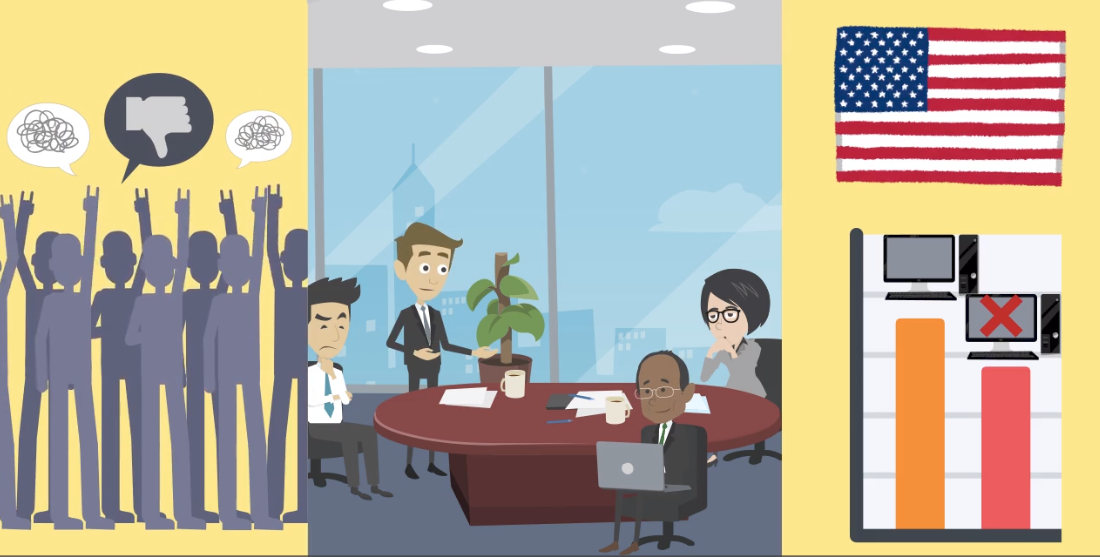 On the other hand, however, PMA, a port employers’ association, has issued a report stating that two automated terminals on the West Coast can handle more containers in their existing footprint than non-automated terminals.

While the technology is steadily advancing, negotiations are expected to be protracted with workers concerned about unemployment due to automation. 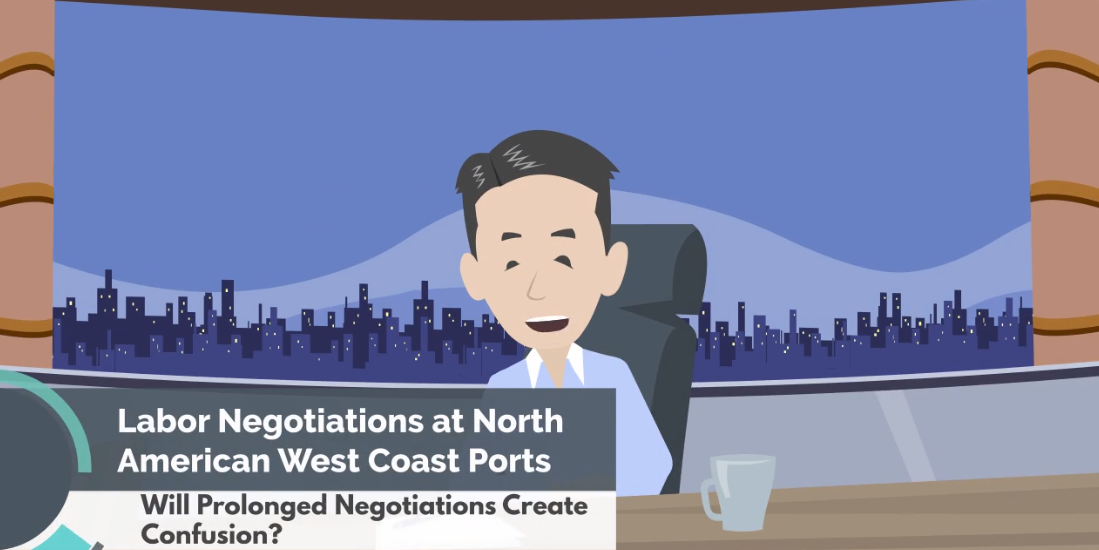 Continuing on with another news item on the North American West Coast labor negotiations.

Negotiations over a new contract for 22,400 dockworkers at 29 West Coast ports in North America reportedly could take months to resolve, raising additional concerns for U.S. importers and exporters. 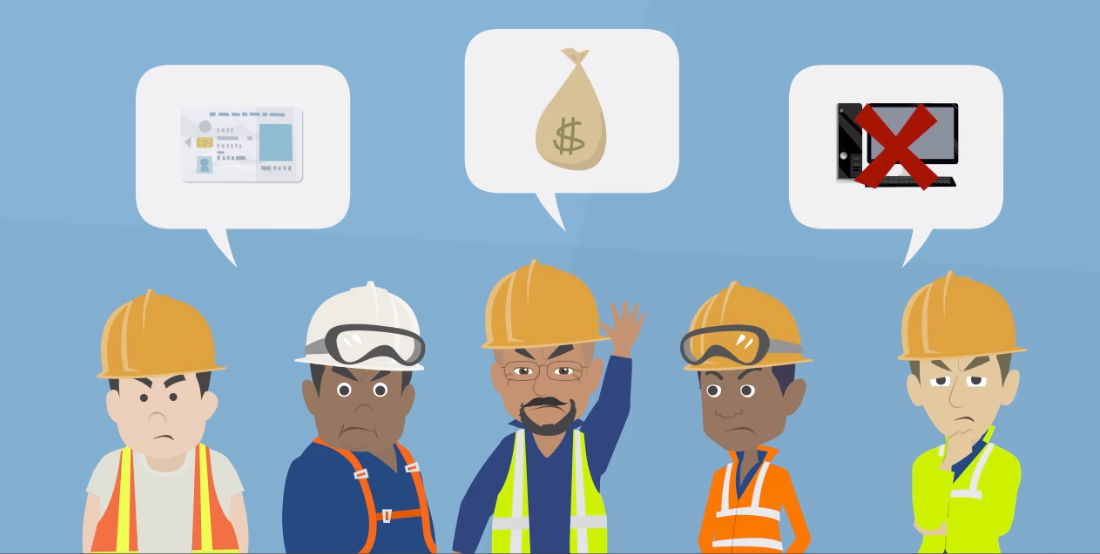 In two of the last three contract negotiations, in 2002 and 2014, labor and management disagreed resulting in cargo delays and millions of dollars in lost revenue for individual manufacturers and retailers.

In addition, the previous round of negotiations in 2014 took nine months to come to an agreement, and the White House eventually intervened.

The resolution was made over the course of the year and there are concerns that it will be protracted again this time around.

Freight Rates to Soar with Shanghai Lockdown Lifted in June? 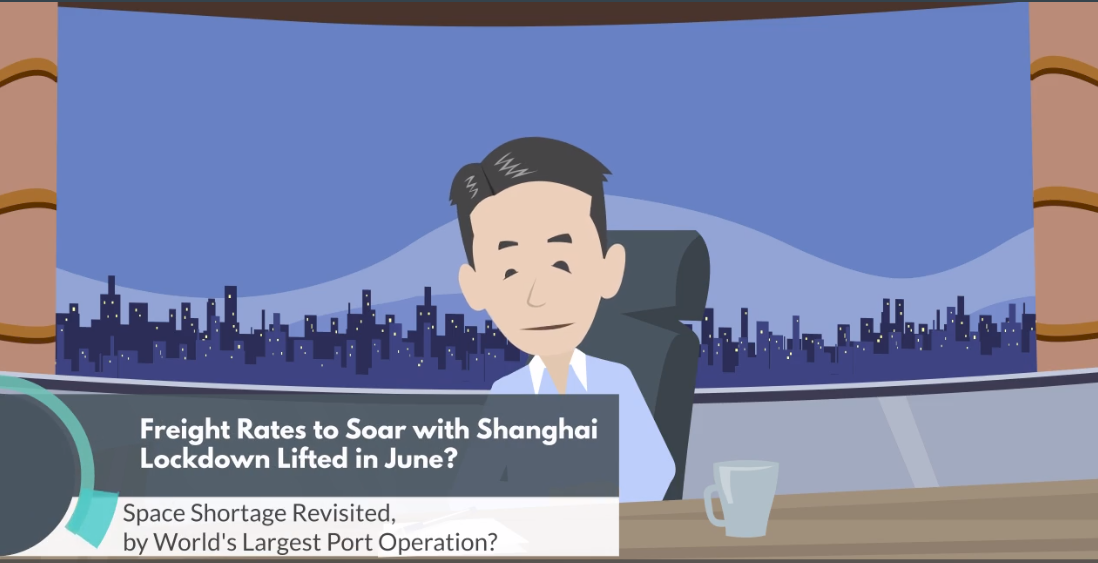 On May 16, Shanghai, China, announced that it will normalize the activities of businesses and residents during the month of June. 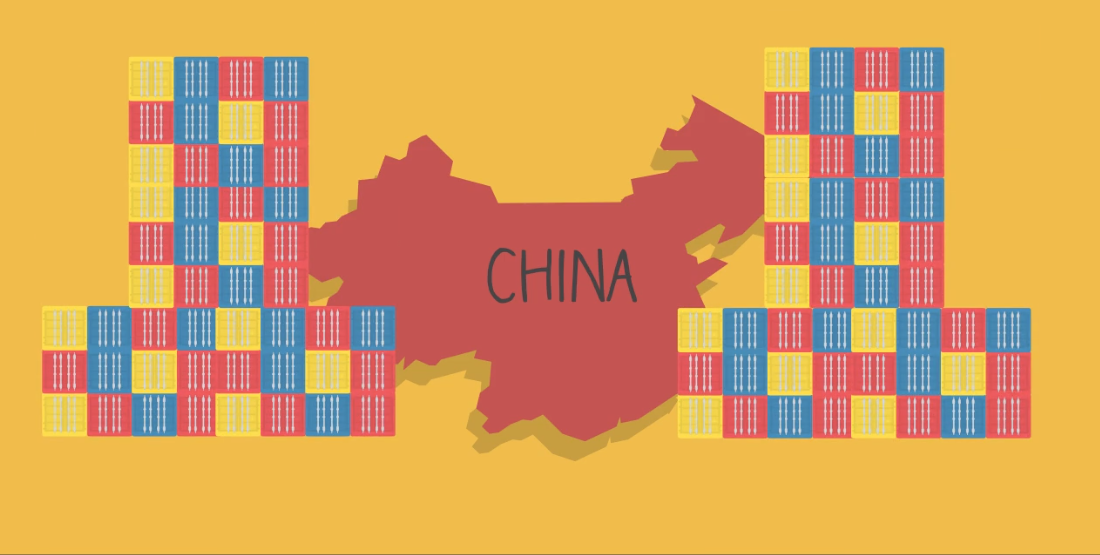 If the lockdown lifted in early June, cargo traffic will pick up in July and there are indications that the supply-demand crunch will once again cause disruption.

There are reports that 50% of the production activities of companies in Shanghai have already resumed.

However, it is said that at least one month will be needed after the lifting of the lockdown for a complete recovery of transportation demand. 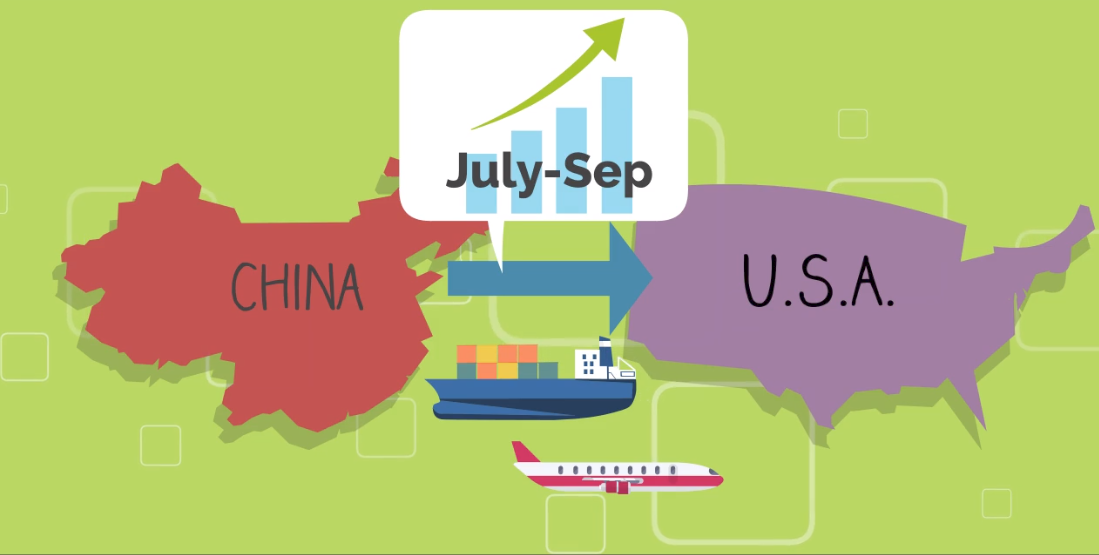 The peak season for shipments to North America is generally from July to September, and Shanghai may normalize at that time and operate at full capacity.

Since the Port of Shanghai is the world’s largest container handling port, there is concern that logistics could be severely disrupted if the port were to suddenly go into full operation.

Offshore Waiting on the East Coast, is Highest since the Corona Pandemic 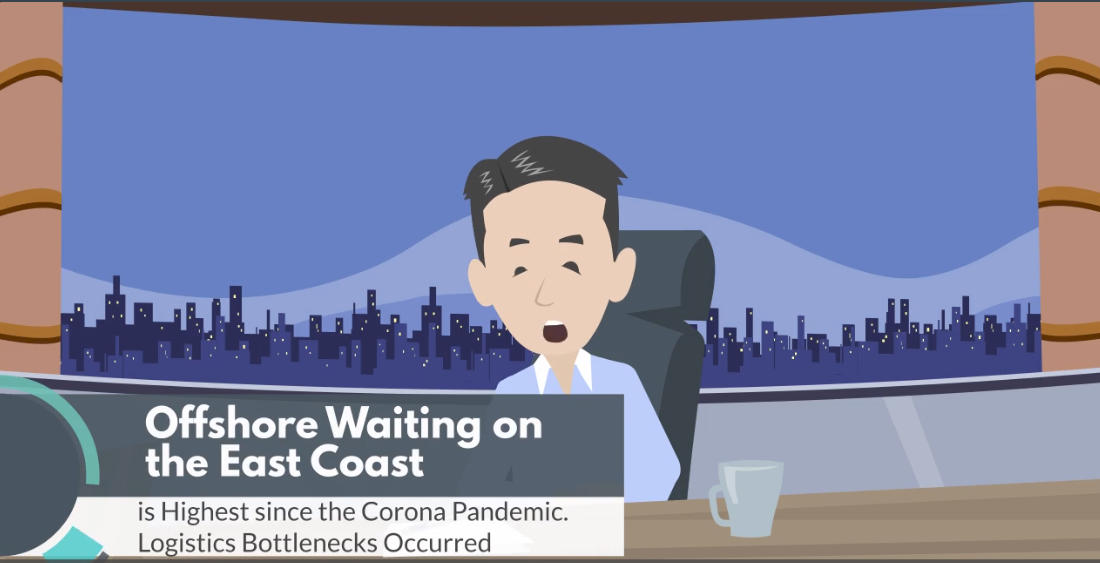 As of the second week of May, the number of vessels waiting offshore, at the Port of New York and New Jersey, the busiest on the East Coast of North America, averaged 14 per day, the highest since the Corona pandemic. 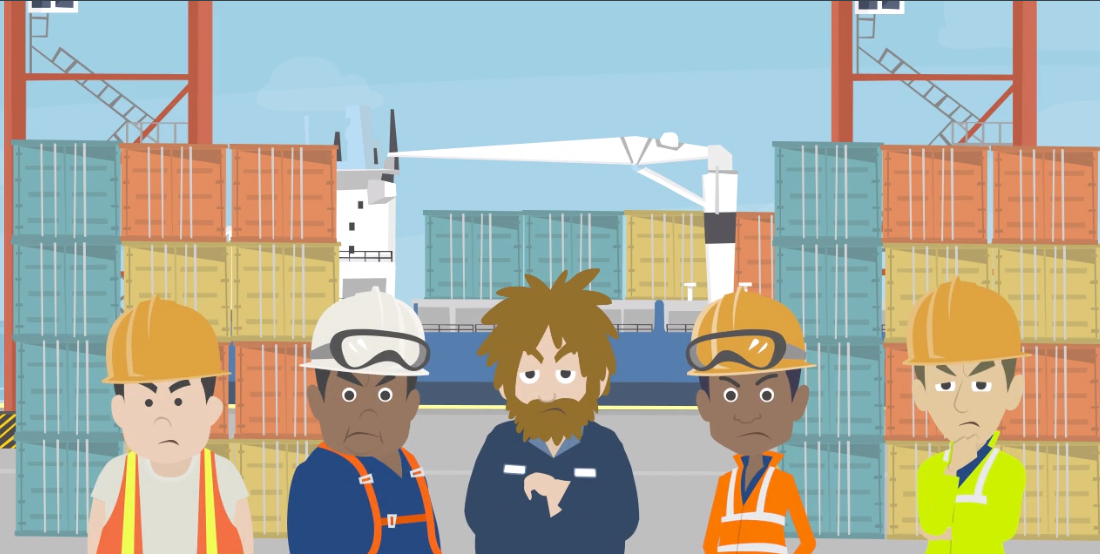 Currently, cargo shipments from the terminals are experiencing significant delays due to continued port congestion on the West Coast.

In addition, labor contract negotiations with West Coast dockworkers are imminent and further disruptions are expected. 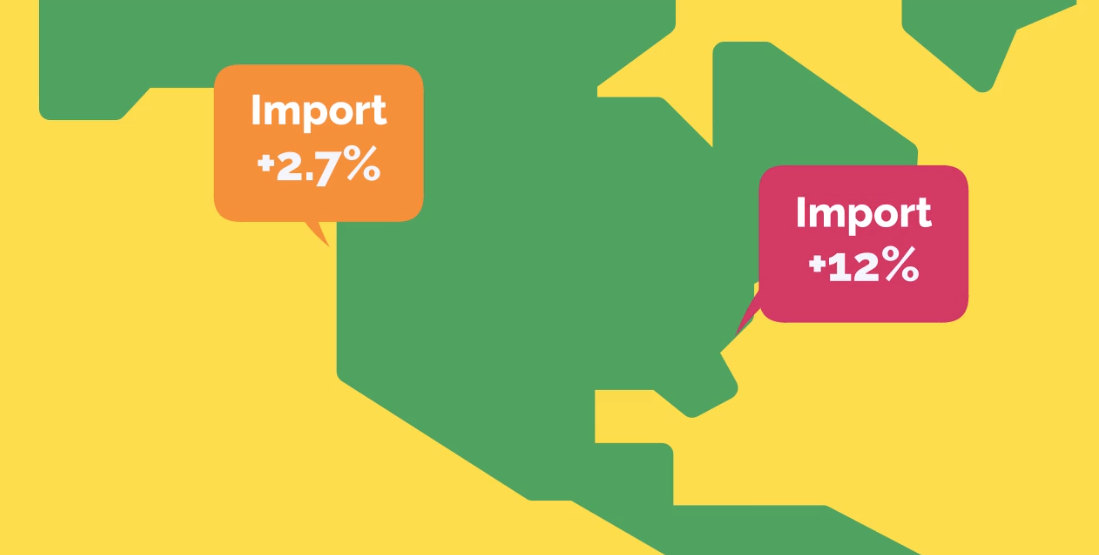 Imports in the first quarter of this year slowed at the Ports of Los Angeles and Long Beach, up 2.7% year over year.

On the other hand, at the Ports of New York and New Jersey imports were up about 12% year over year.

Cargo volumes to the East Coast have increased significantly creating a logistics bottleneck. 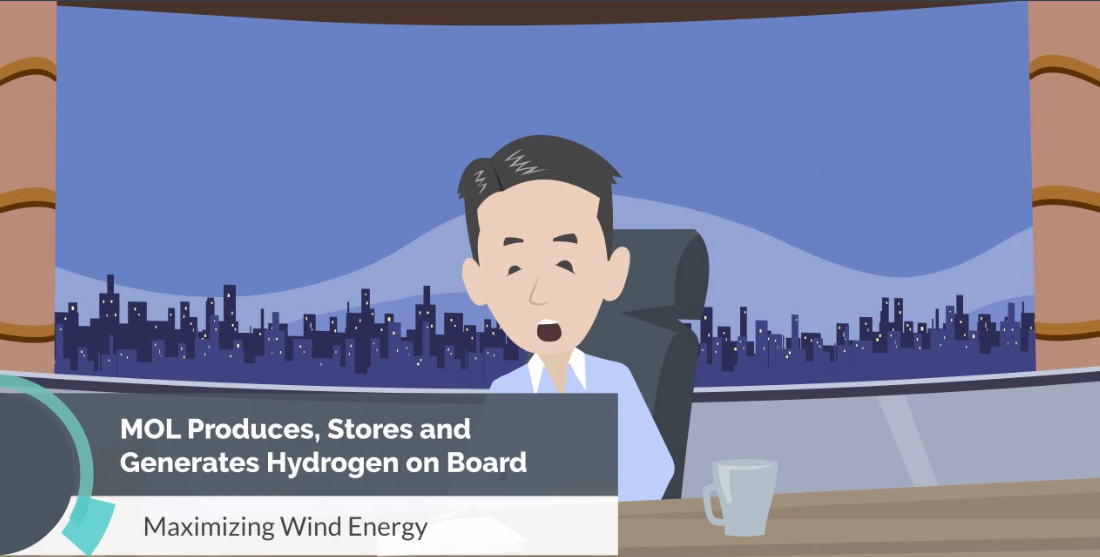 MOL’s Wind Hunter Project which aims to develop and build the ultimate zero-emission ships that sail on wind and hydrogen is entering a new phase. 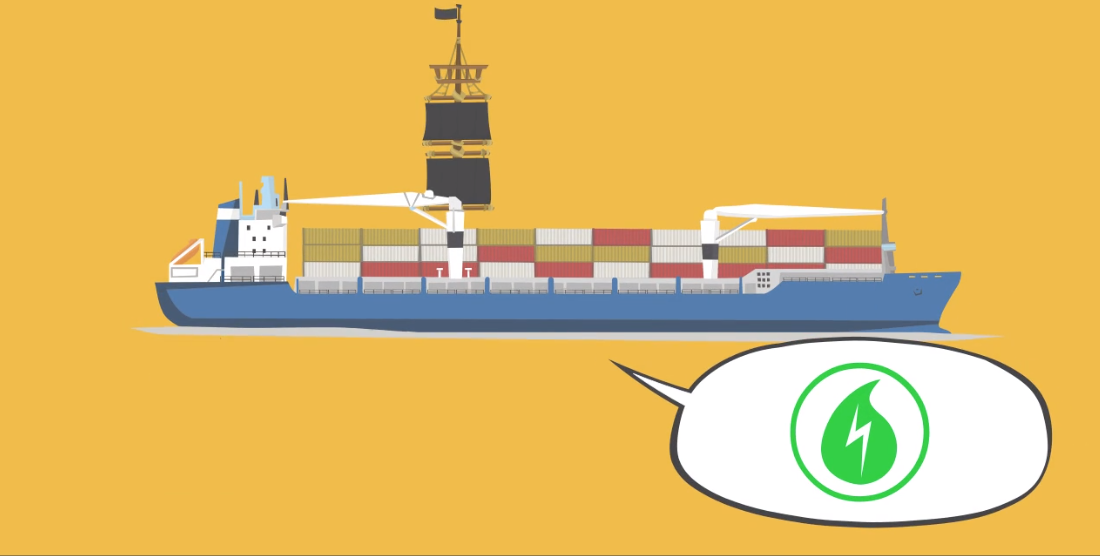 MOL is currently working on the “Wind Challenger Project,” which uses wind to propel the ship with a 54m long sail.

In addition to this technology, “Wind Hunter Project” will use an underwater turbine to generate electricity and produce hydrogen through water electrolysis while the ship is moving forward on its sails. 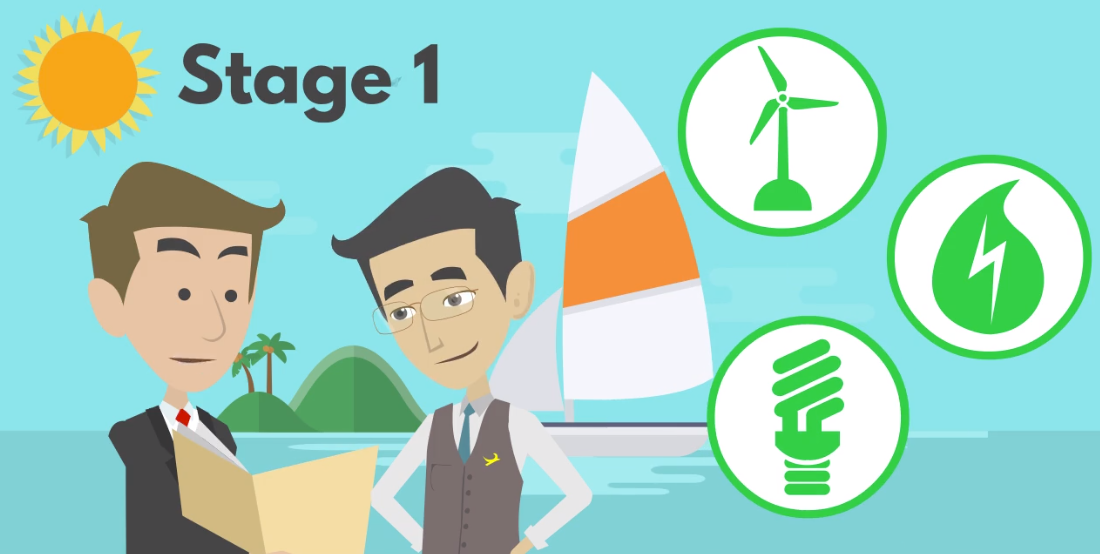 As “Stage 1,” MOL had been conducting a demonstration test of onboard hydrogen production on a 12-meter-long yacht since November 2021. 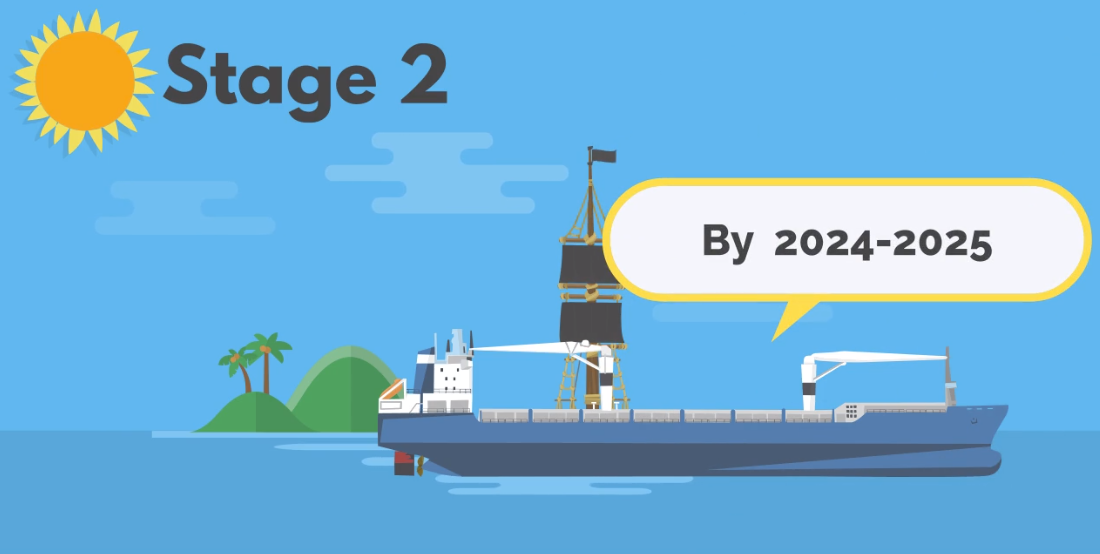 In “Stage 2”, a feasibility study for the construction of a 60-70 meter-long hydrogen production ship will be fully implemented, and the ship will be completed by around 2024-2025. 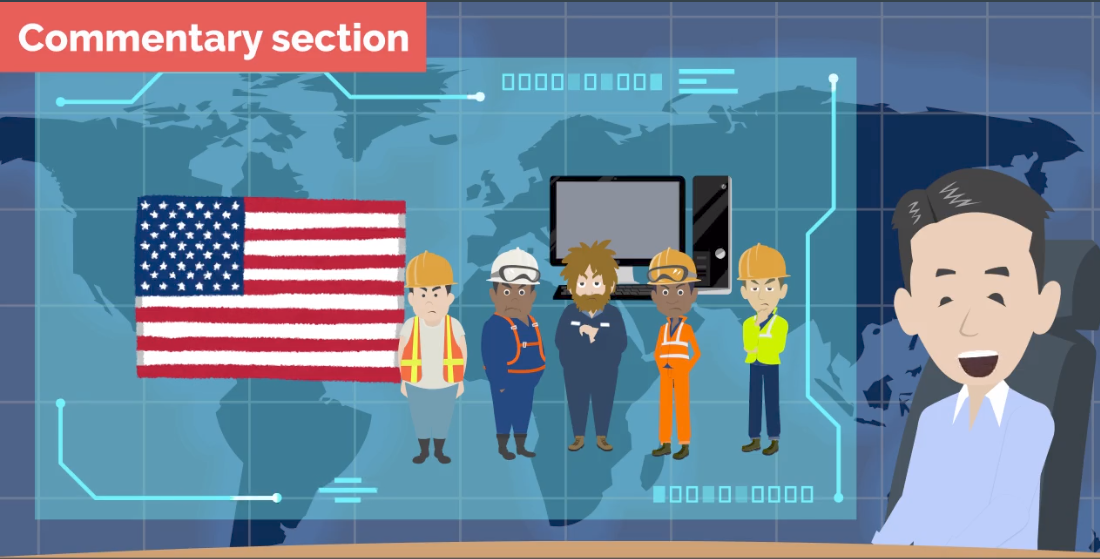 And now, for this month’s news commentary section. 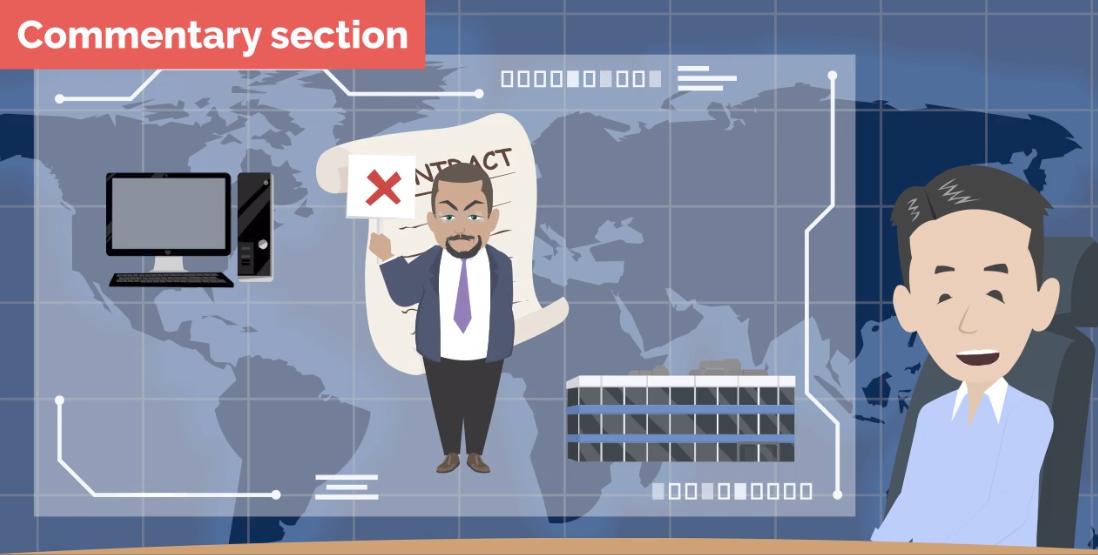 Under the current collective bargaining agreement for the East Coast ILA, which was decided in 2018, the contract states that “neither the development of fully automated terminals, nor the use of fully automated equipment shall take place, unless both parties agree on their implementation.”

ILA remains vigilant about the potential for further automation near the port and through the growing availability of 5G technology.

The company has also taken a hard-line stance against port automation on the West Coast, and its fight against labor negotiations is expected to continue throughout this year. 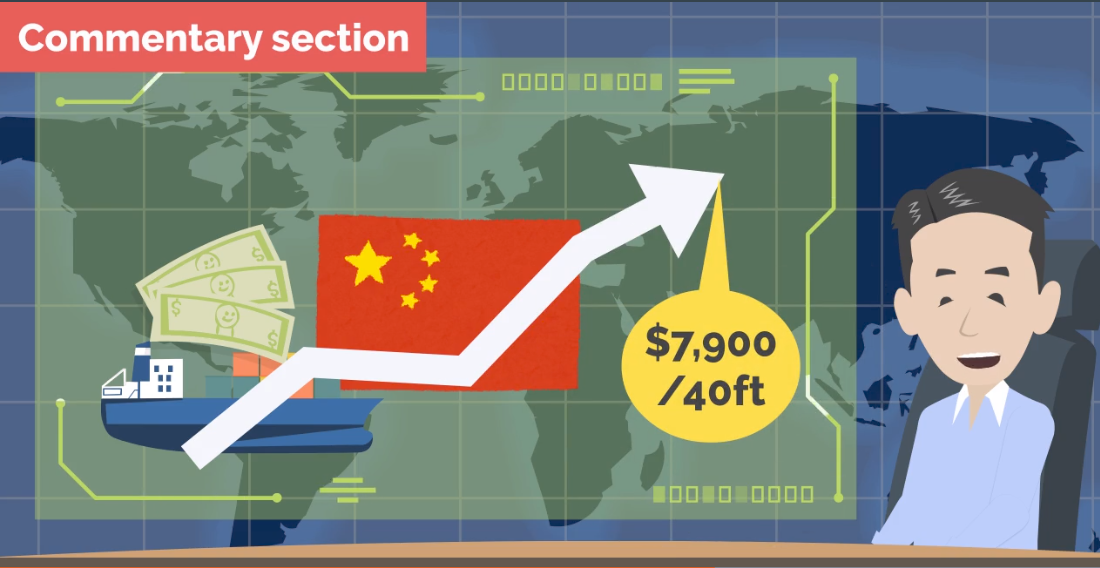 The lifting of the lockdown in Shanghai could also lead to another surge in freight rates.

According to the Shanghai Shipping Exchange, the current freight rate level is $7,900 per 40-foot container for spot freight from Shanghai to the West Coast of North America as of May 13 a $12 increase from the previous week.

Freight rates to the East Coast of North America were $15,060, a slight decrease for the fourth week in a row here and both West Coast and East Coast destinations were down only modestly from early April.

However, if the lifting of the Shanghai lockdown coincides with the peak import season in North America, spot freight rates are likely to rise again, causing vessels to North America to wait offshore and creating space shortages. 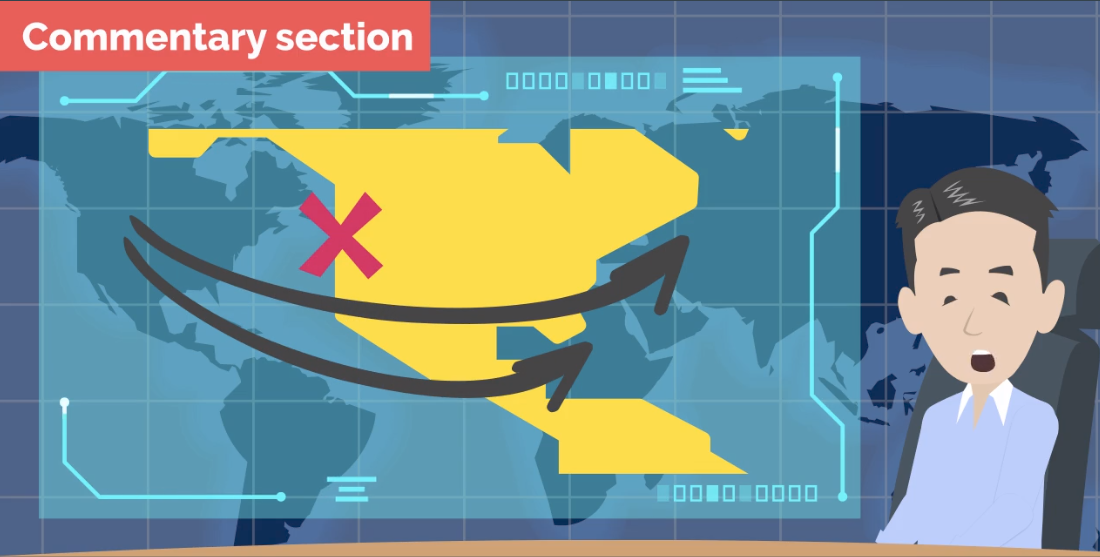 The port’s container yards are packed, with 120,000 empty containers more than twice the normal number, and the port plans to ease congestion by opening up 10 acres of land to store the empty containers. 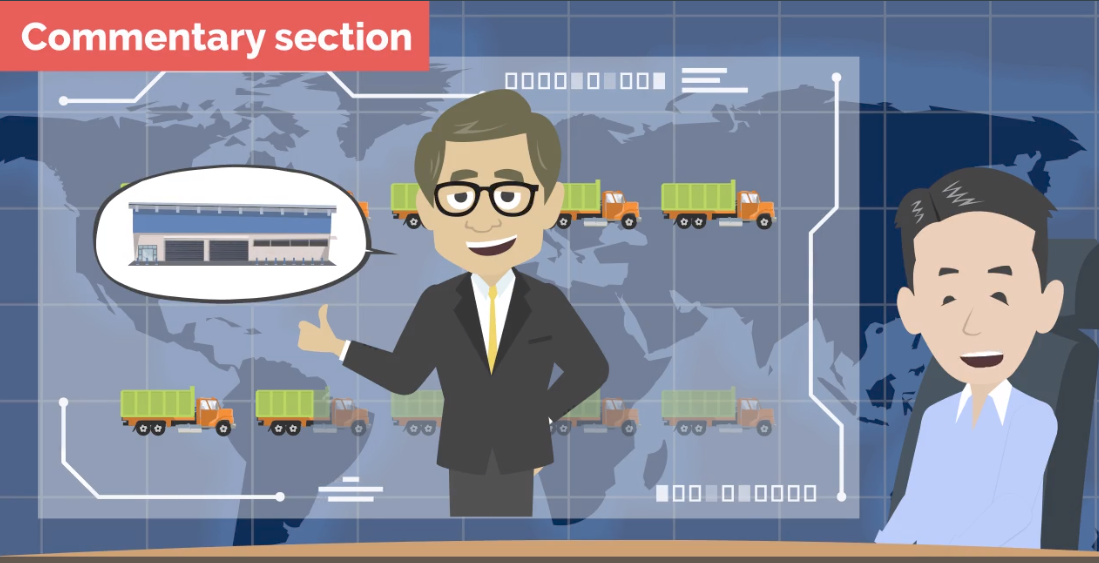 A trucking company in New Jersey reports that more than half of its 400 container hauling trailers are stuck with empty containers, waiting to be returned to the port.

The company says that if it could return the empty containers, it could probably do two to three times as much work as it does now.

The Port of New York and New Jersey’s director of port operations said the port is working to get its facilities operating as efficiently as possible before the peak season. 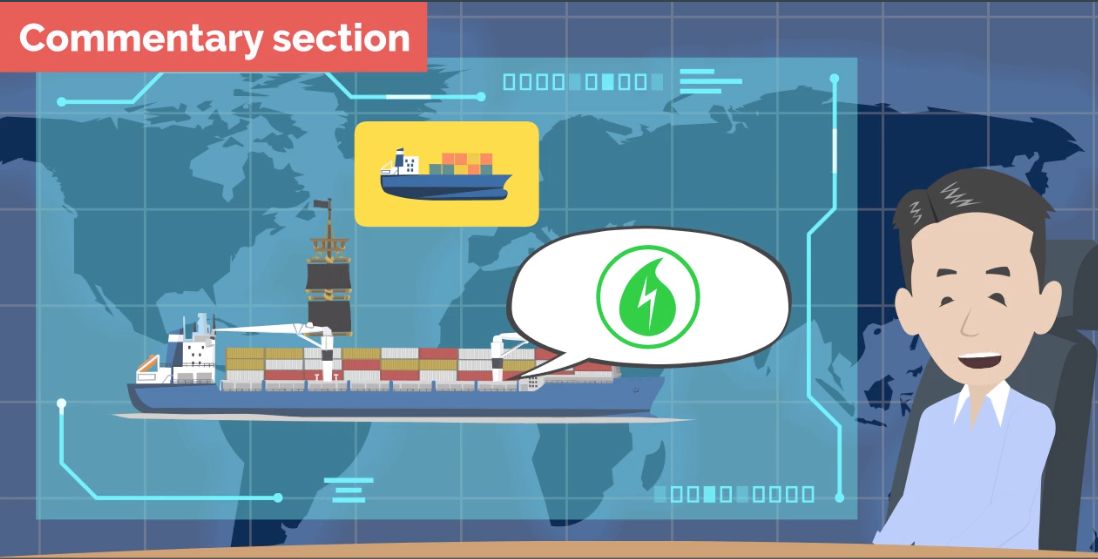 In news related to zero emissions, MOL is combining hydrogen produced by Wind Hunter Project with hydrogen carriers and fuel cells to supplement propulsion when winds are light aiming for on-time operation of ships.

It is also considering the use of hydrogen produced by the ship and stored in hydrogen carriers to supply hydrogen for onshore consumption. 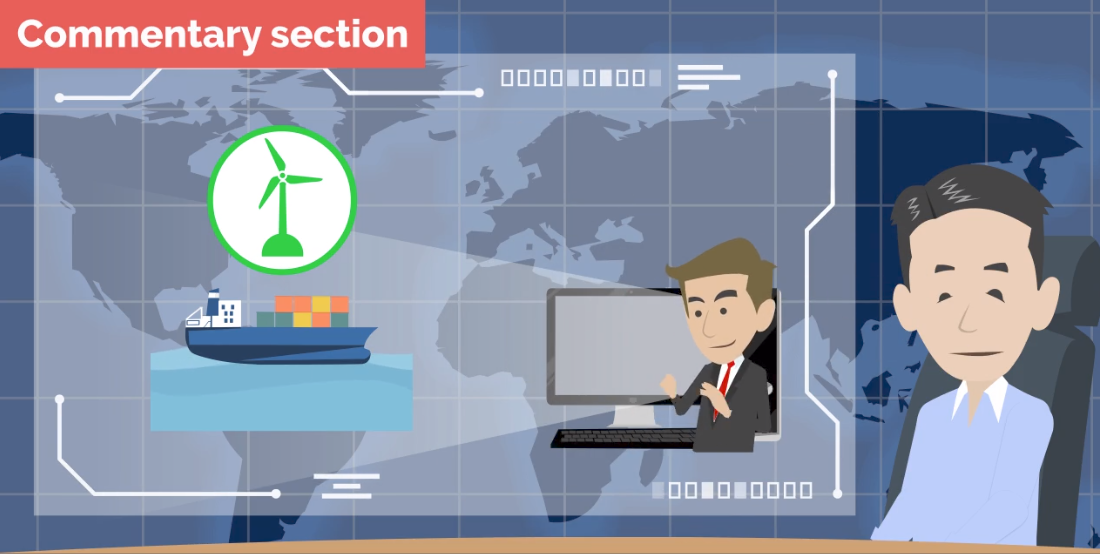 Furthermore, it is also looking to develop and install a proprietary system to observe and predict wind conditions at sea.

This system will deploy an automatic navigation system that will efficiently guide the vessel to areas with favorable wind conditions and automatically hunt for the optimum wind.

The sails used in the days when there were no engines are incorporated into the modern system, and furthermore, modern AI and other technologies are used to automatically hunt for the best winds.

This is an approach to zero emissions from a different angle than engine development, and is a project that will continue to attract attention in the future. 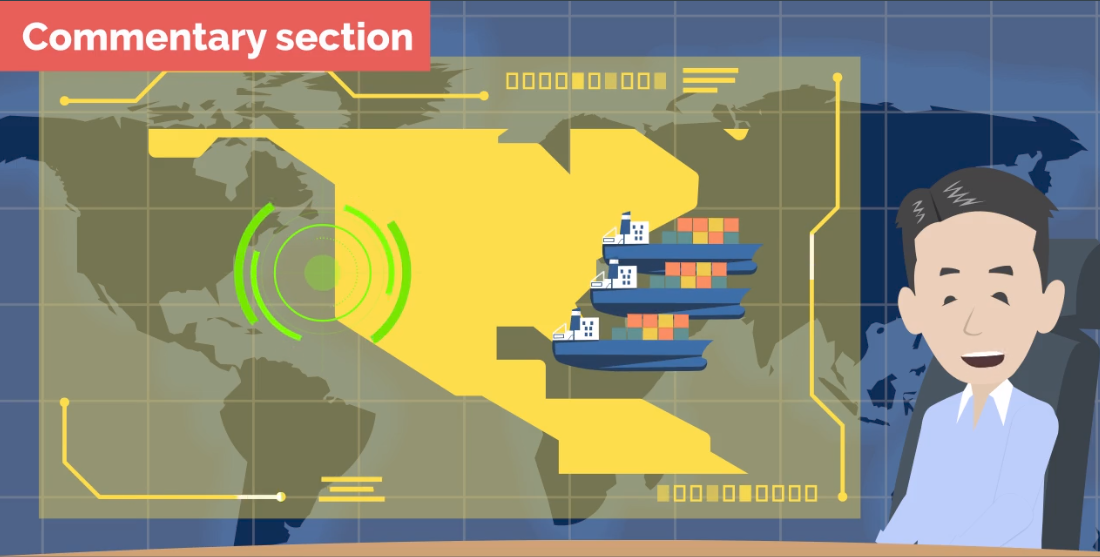 How was the news this time?

With the Shanghai lockdown also lifted, we will be watching for more information as we head into the peak import season in North America, which is expected to be a bit earlier than usual. 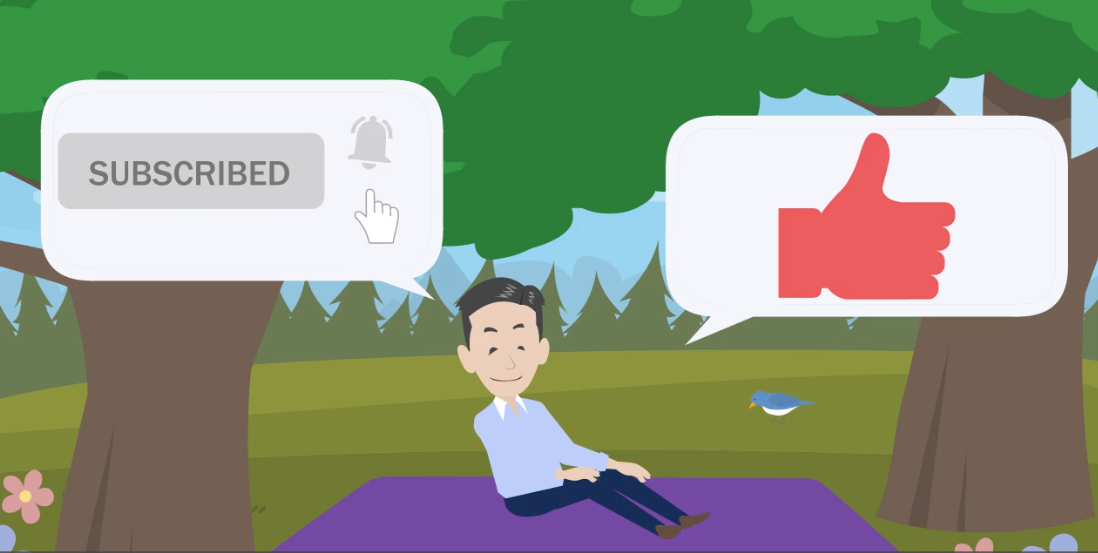 That’s all for today. Thank you very much.