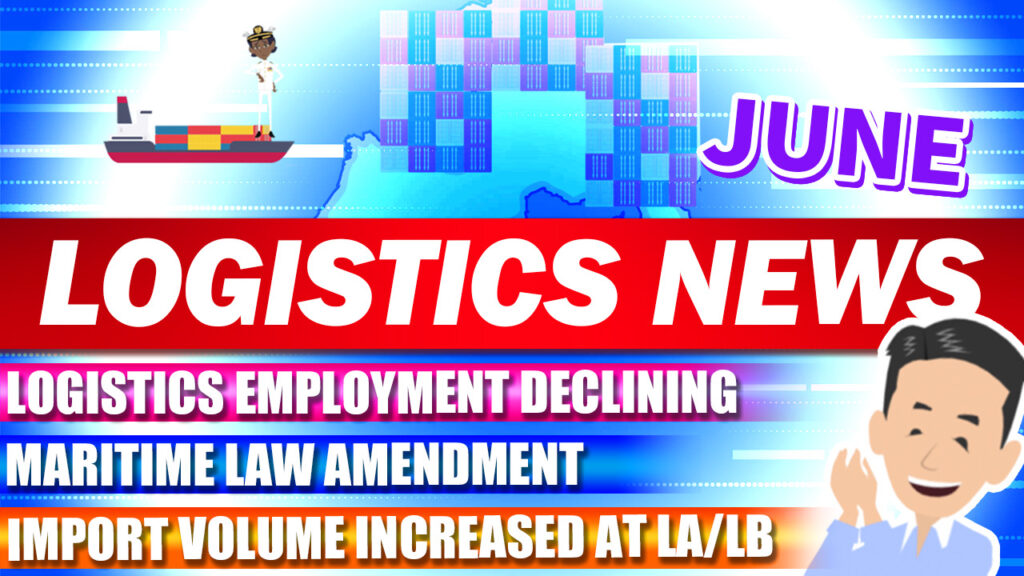 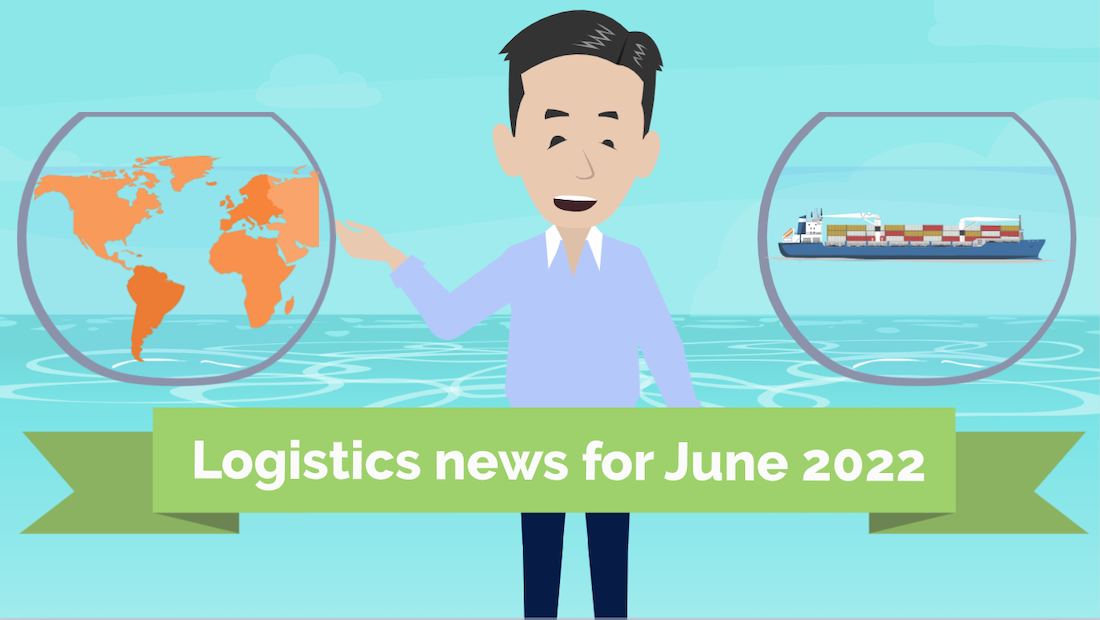 In this video, I will provide logistics news for June 2022.

I will focus on shipping market conditions and explain the current situation in North America and Europe.

So, let’s get started!

According to the U.S. jobs report, trucking, warehousing and courier companies added a combined 32,900 jobs in May down from 44,700 in April. 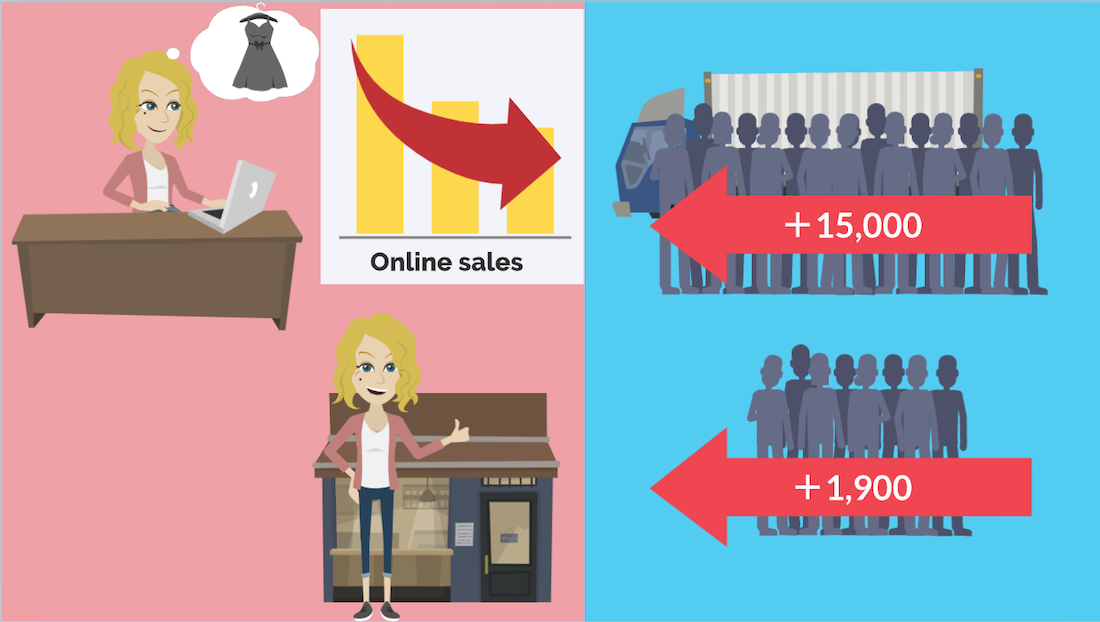 Online sales growth is reported to be retreating from historic highs as consumers are returning to stores, after strong online sales since the Corona pandemic.

According to some data, courier and messenger companies, including e-commerce package carriers, added about 15,000 jobs in April but only 1,900 in May. 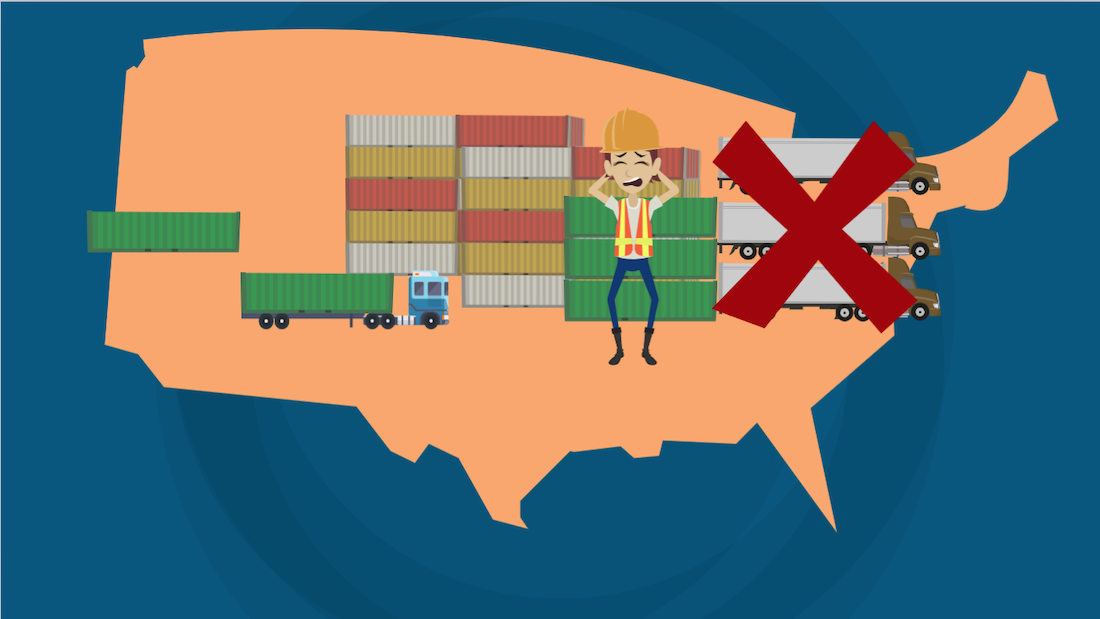 However, there is still a logistics congestion inland in North America.

Containers are being taken out of ports faster, but there are reports that they have only moved inland and there is still congestion inland.

Even though the inland logistics have not yet been resolved, some are concerned about the lack of additional truck and warehouse personnel. 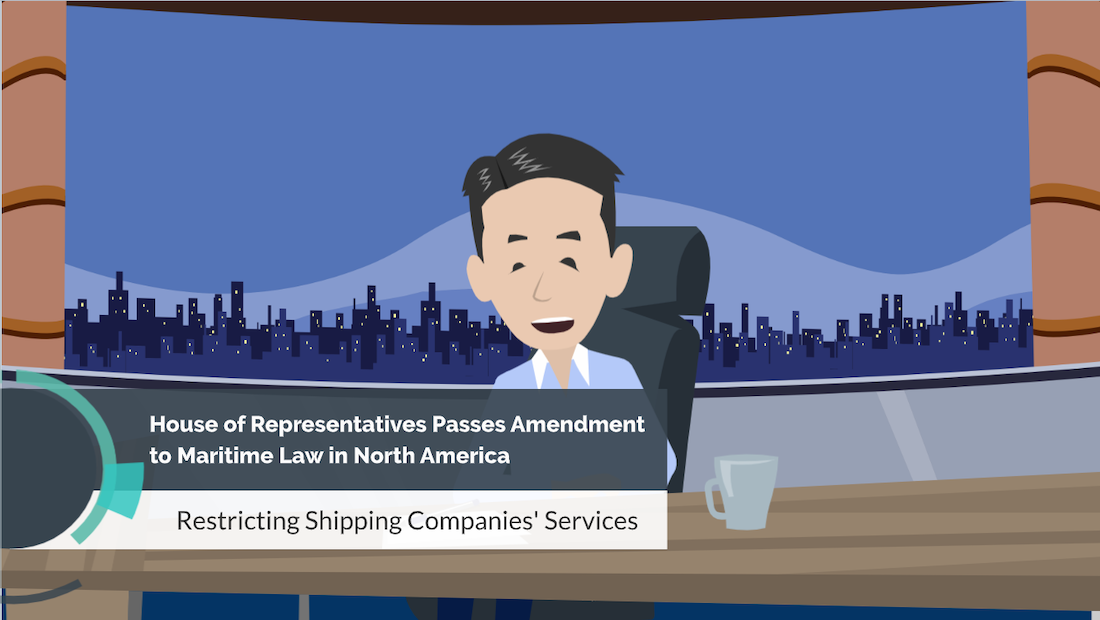 A proposal to amend the Maritime Act which had been submitted to the U.S. House of Representatives by a bipartisan group of U.S. congressmen was passed by a majority vote on June 13. 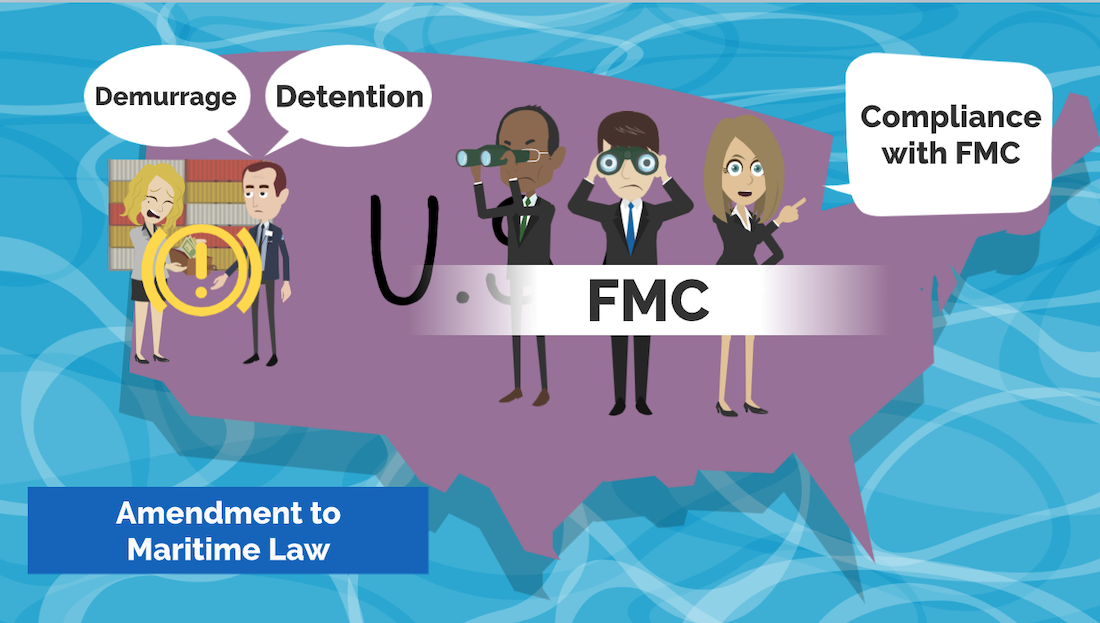 The main item in the proposed amendment is to strengthen the oversight of the FMC, Federal Maritime Commission, and to require compliance with FMC with respect to the imposition of demurrage and detention by shipping lines.

This is to ensure that demurrage and detention from shipping companies were not unjustified during the turmoil of the North American Corona pandemic. 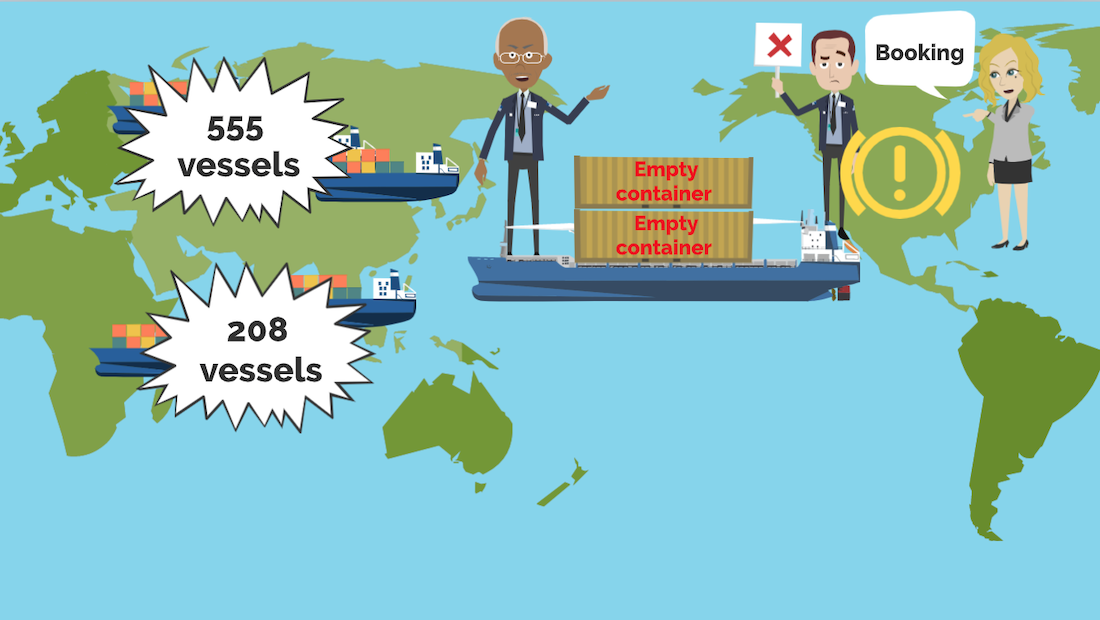 The proposed revision would also restrict bookings from the U.S. which had been restricted so that shipping companies could return empty containers to Asia sooner. 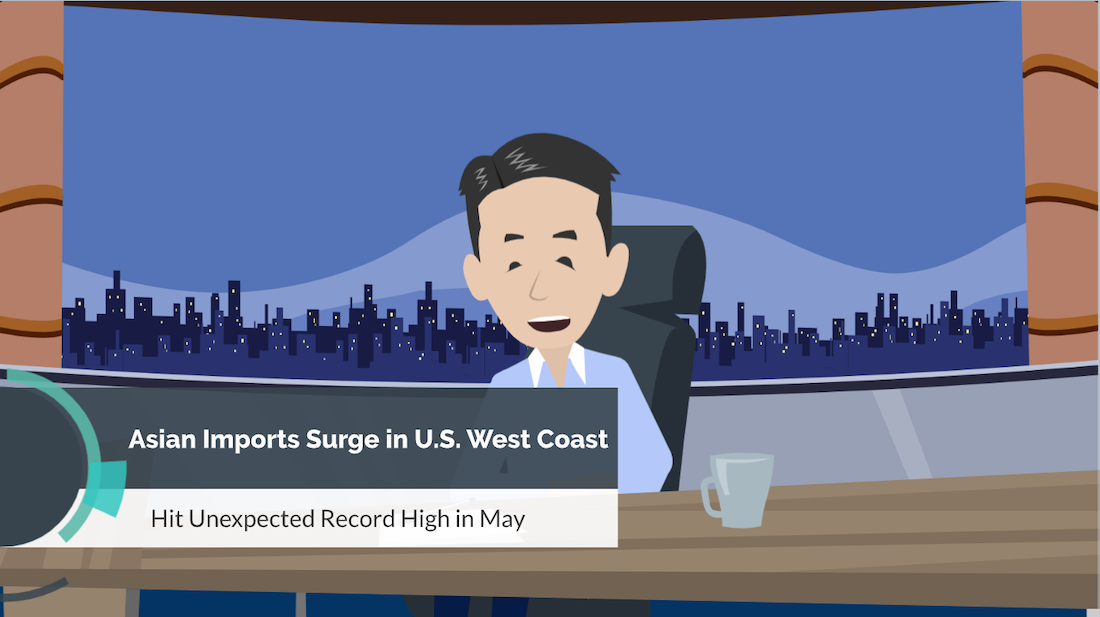 Imports from Asia to the U.S. West Coast set a new monthly record in May despite the Shanghai lockdown and rising inflation in the U.S.

Therefore, cargoes that had been routed to the East Coast are now returning to the West Coast. 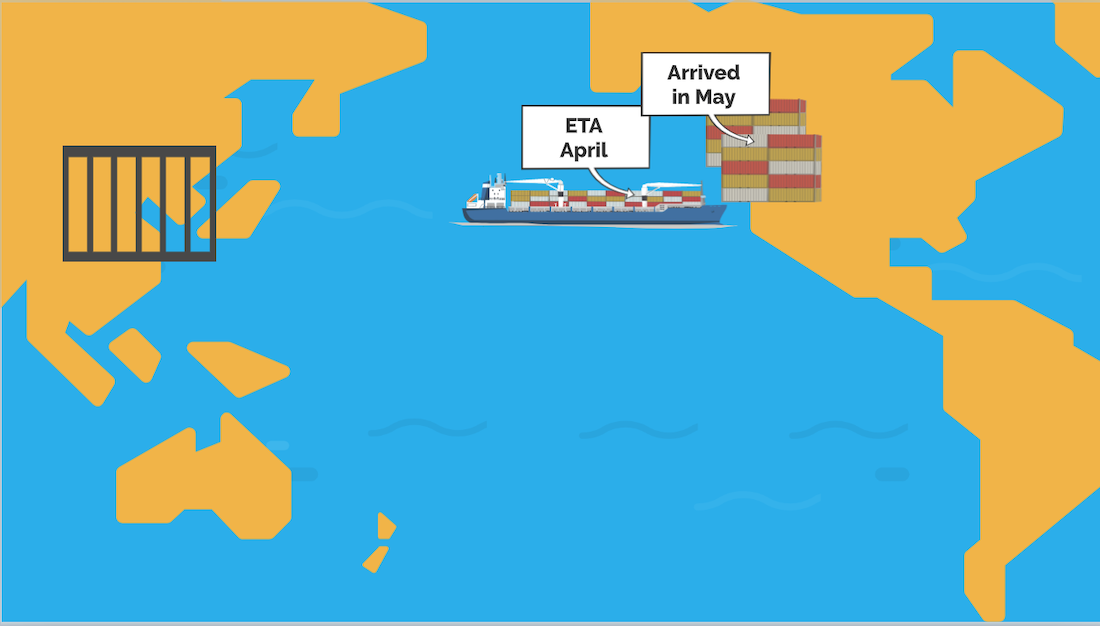 Another possible reason for the increase in imports is that April cargoes were delayed and imported in May due to the lockdown in Shanghai, as they were headed to North America via other ports.

Container Market for North America East Coast Bound to Fall Below $10,000 for the First Time in a Year

Spot container freight rates from Asia to North America were $7,384 per 40-foot container to the West Coast and $9,804 to the East Coast as of June 24.

This is the first time in a year that East Coast freight rates have fallen below $10,000. 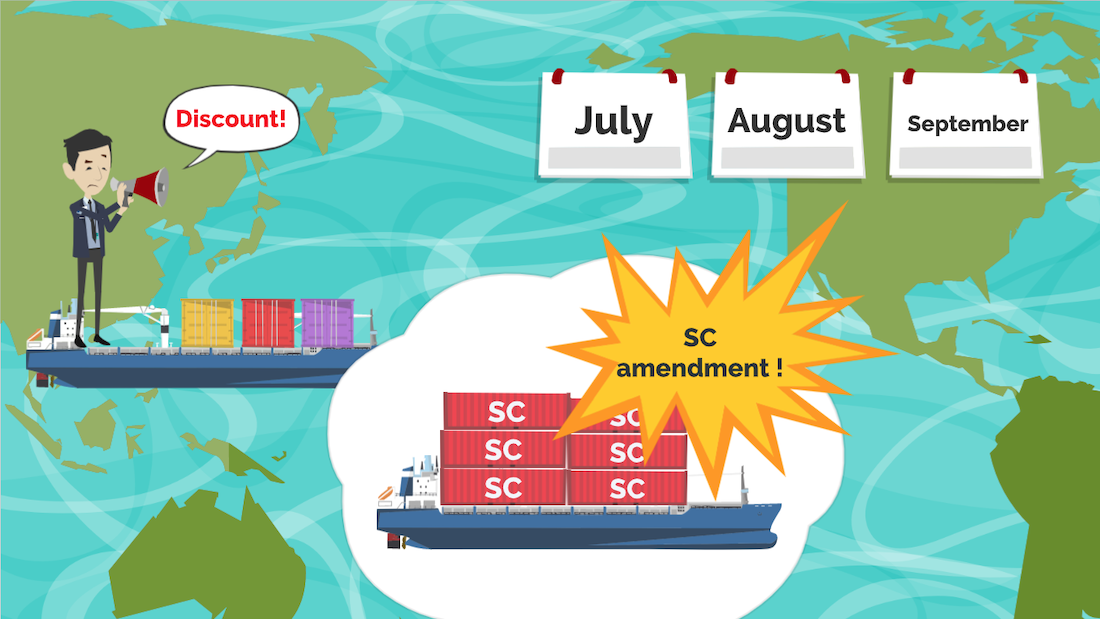 Generally, the peak season in North America is July-September before China’s National Day in October.

However, despite the peak season, cargo is not being attracted and a number of freight rate reductions are underway at present.

In some cases, bookings are decreasing, even for contracted freight rates with service contracts and requests for Service Contract amendments regarding prices are also increasing. 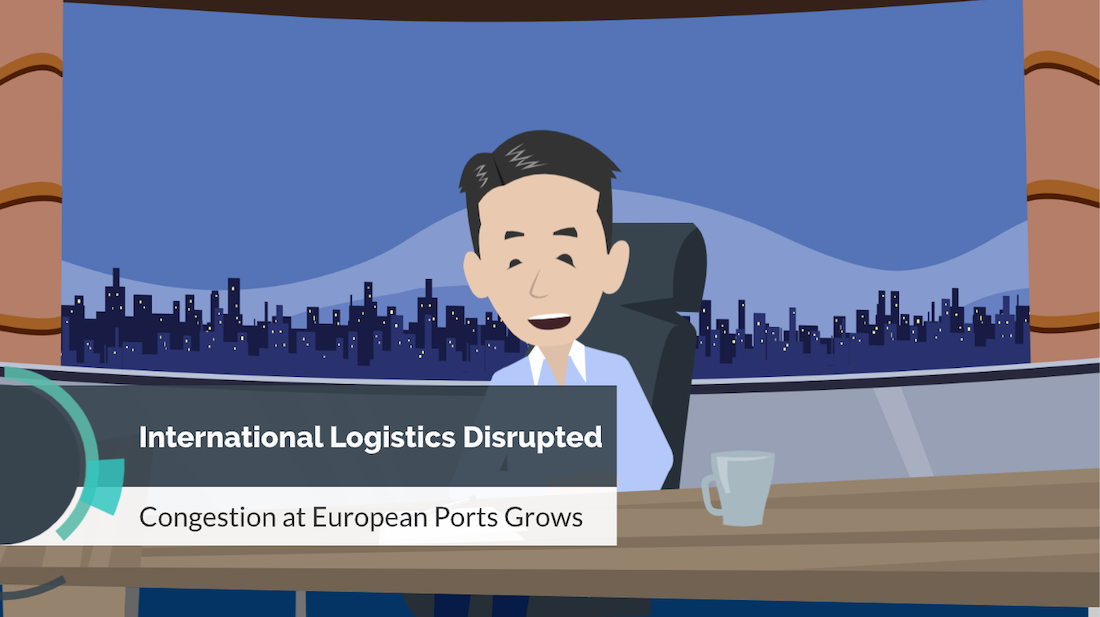 The outlook for international logistics is becoming increasingly uncertain.

Also congestion is currently worsening at hub ports in the Nordic states, which are also facing port strikes. 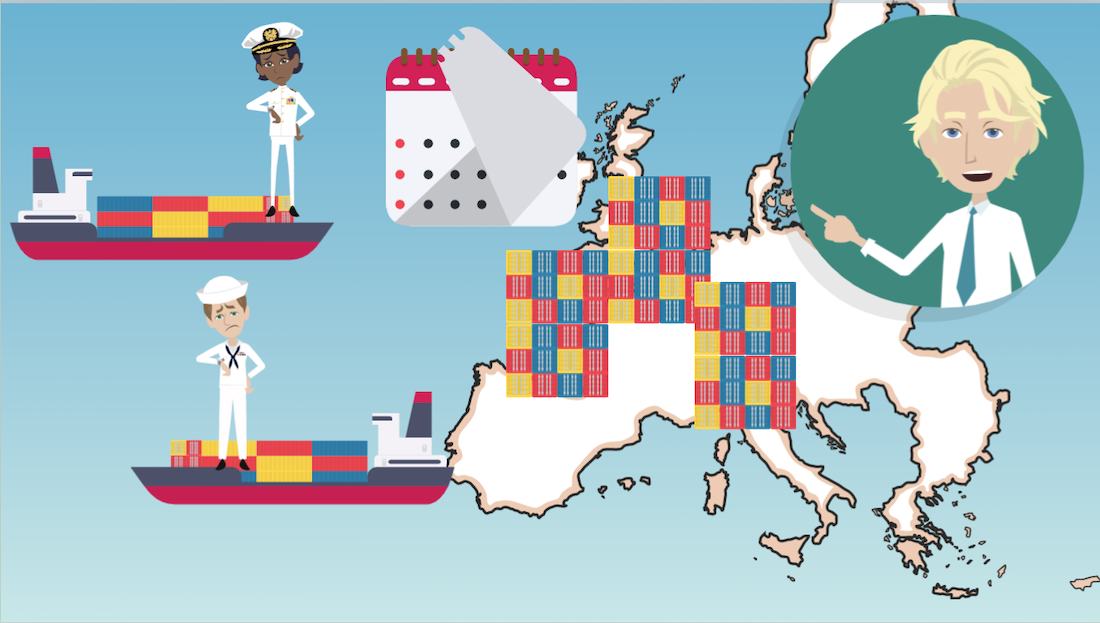 According to Maersk and representatives of JIFFA, International Freight Forwarders Association, “European ports are overflowing with containers and delays are becoming a state of affairs for both outbound and inbound voyages.”

Adherence to schedules on European routes has dropped significantly and the number of voyage days has increased. 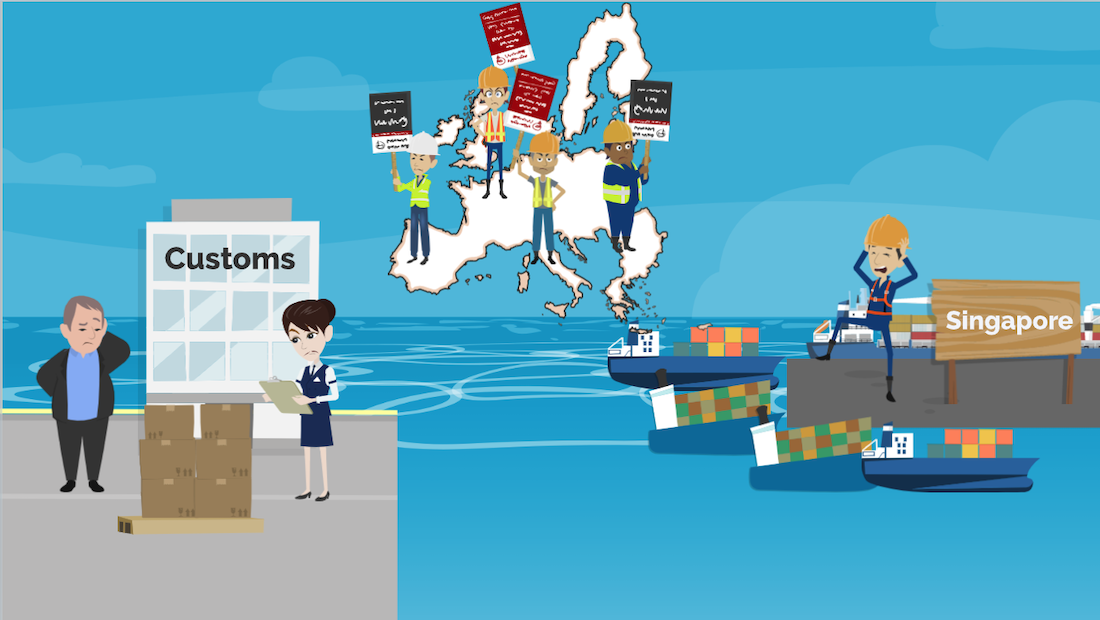 Economic sanctions against Russia have led to stricter cargo inspections by EU and UK customs authorities.

And, congestion at transshipment ports on the Asian side, including Singapore, appears to be having an impact.

Furthermore, strikes have been frequent in Europe and labor-management tensions are rising against a backdrop of inflation and other factors. 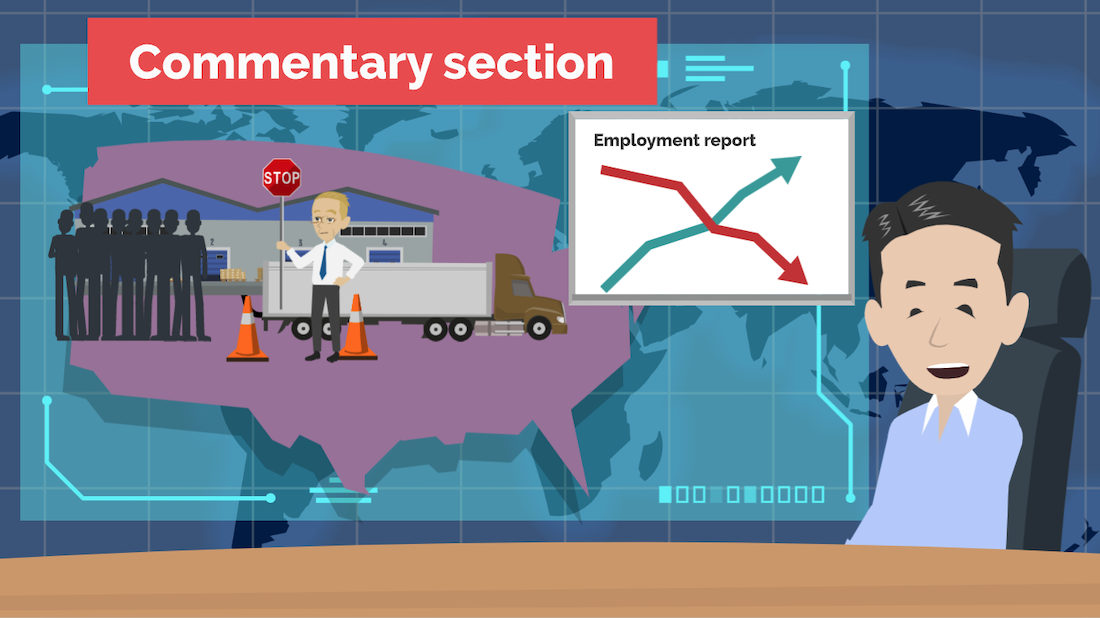 Let’s turn now to the commentary section of Logistics News.

First up is news of declining employment in the North American transportation industry.

Employment is declining in the trucking and warehousing industry in North America.

Even though the May employment report showed that the U.S. as a whole added 390,000 jobs, employment in the transportation sector is declining.

Shift in Consumer Spending from Goods to Services 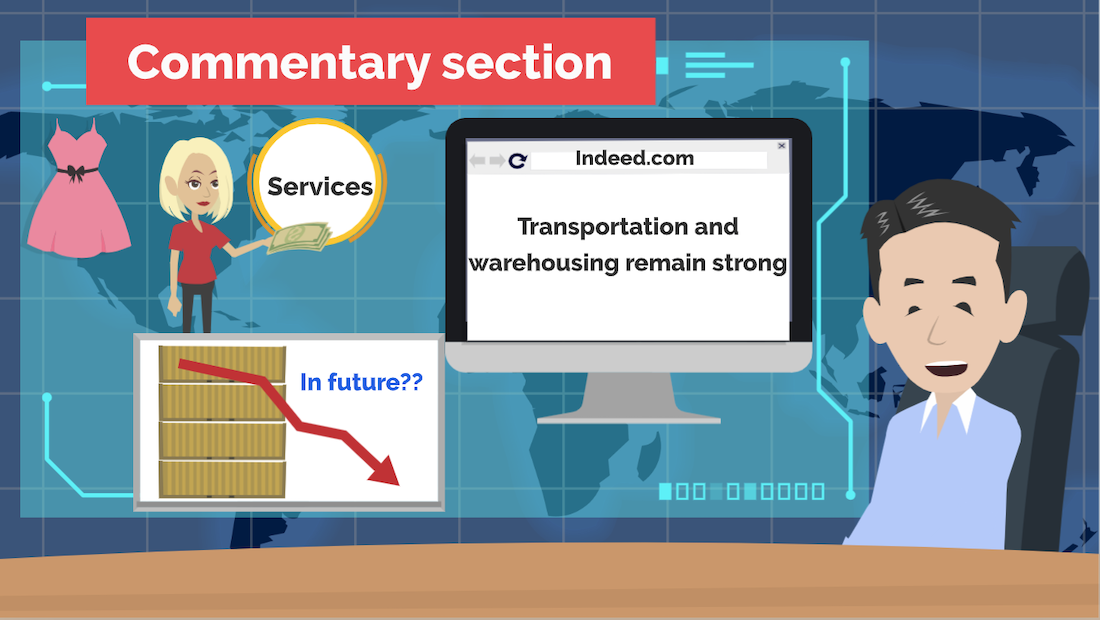 This is also seen as due to waning demand and a shift in consumer spending from goods to services, since the Corona pandemic in North America.

The job listing site, Indeed.com, notes that this shift has not led to significant changes in employment in the logistics industry and that “transportation and warehousing remain strong.”

However, the key question is how job losses will affect the future of logistics congestion as it still clogs up the North American interior. 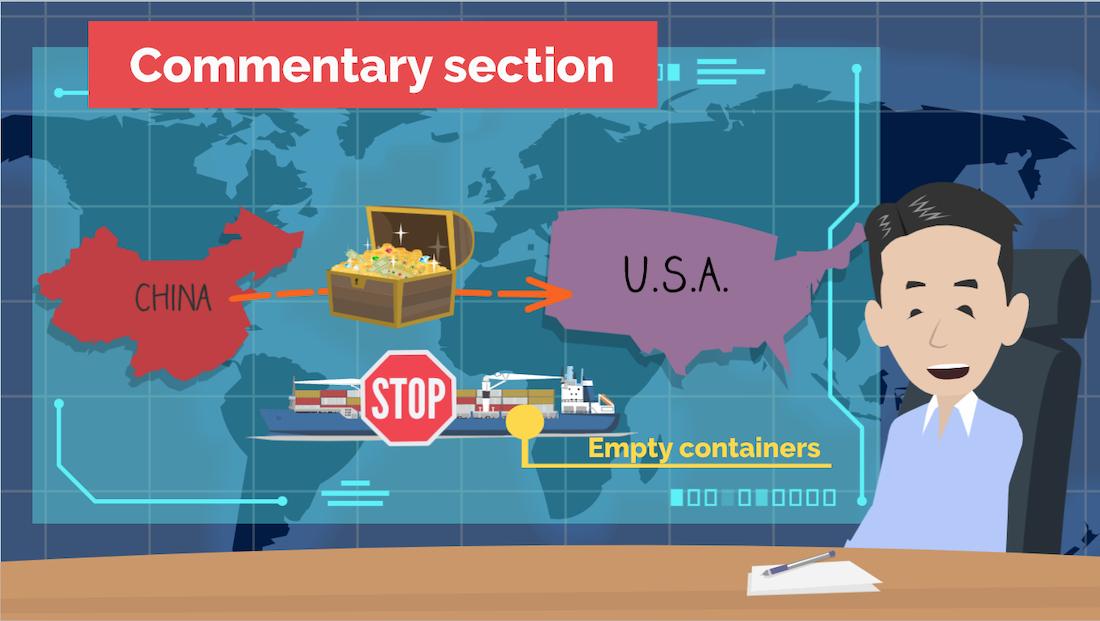 Next comes the news of the passage of the North American Shipping Revision.

Shipping companies have been trying to return empty containers from North America to China as early as possible in order to get more containers out of China to the dollar-box routes to North America, but this will now be regulated. 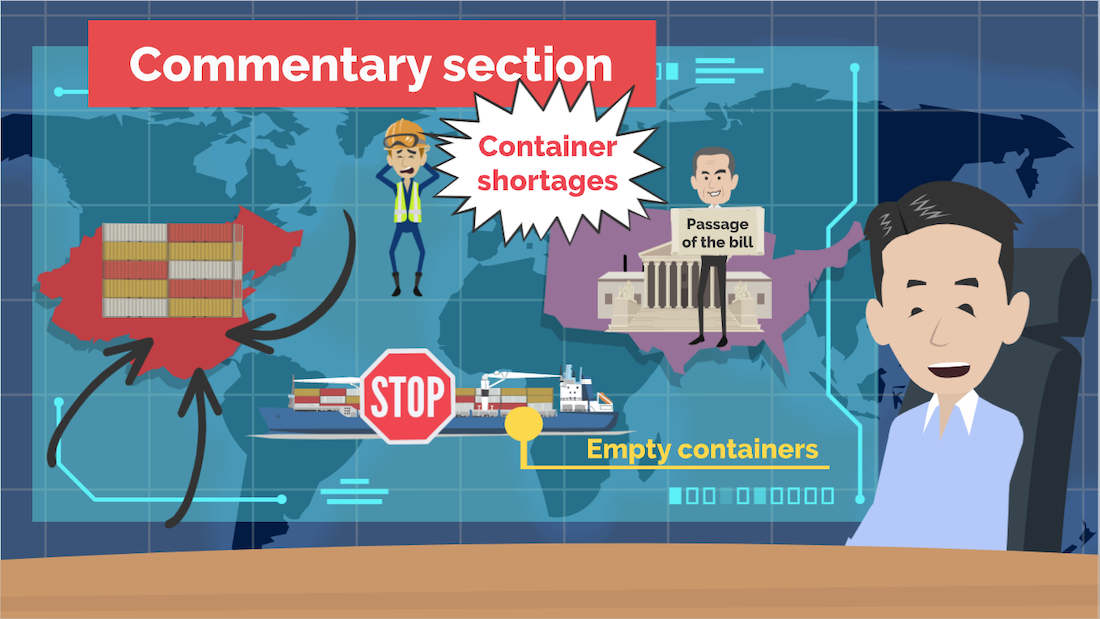 It may cause container shortages in certain regions.

I believe that the passage of the bill by the House of Representatives this time will trigger a different trend from last year.

Therefore, we will be keeping a close eye on future developments in North America. 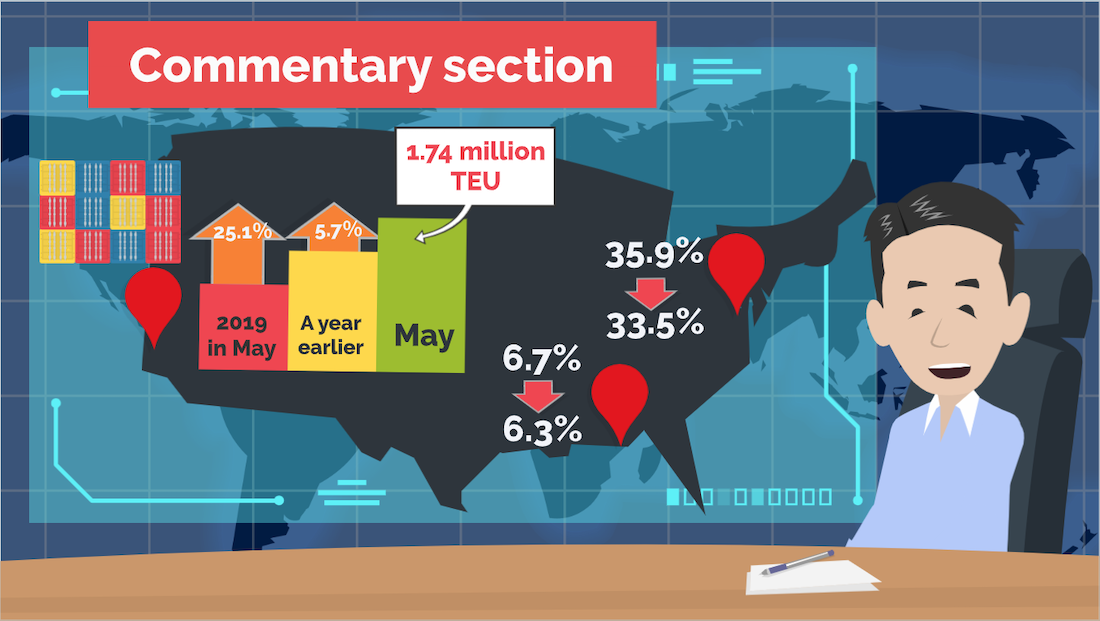 Imports from Asia to the West Coast totaled approximately 1.74 million TEU in May, up 5.7% from a year earlier, and a significant 25.1% increase compared to May 2019 before the Corona pandemic.

Due to limited throughput on the East Coast cargo is eventually returning to the West Coast. 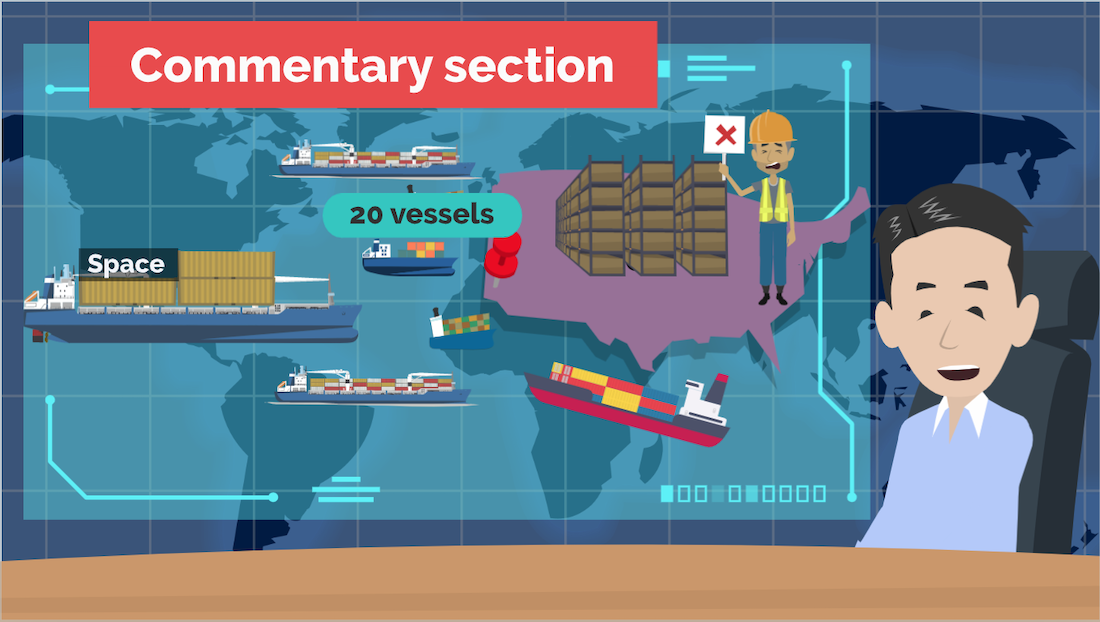 Currently, space is rather easy to obtain for North American destinations, and the number of offshore vessels on the west side has been reduced to about 20 or so.

In addition to cargo returning from the East Bank to the West Bank, retailers may also be building up their inventories early.

With the East Coast already congested caution should be exercised for future clogging of the West Coast. 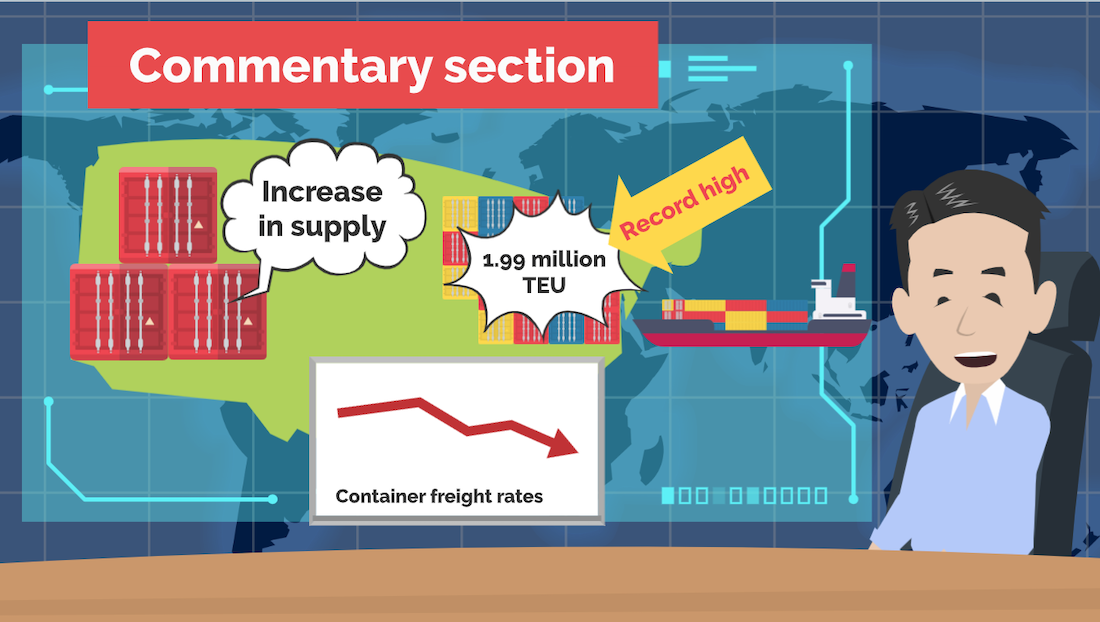 And the softening trend in container freight rates is becoming clearer.

In May, North American eastbound container traffic increased 8% year on year, to 1.99 million TEU, a record high for a single month.

However, despite firm cargo movement, supply-demand balance appears to be loosening due to an increase in supply in conjunction with service expansion. 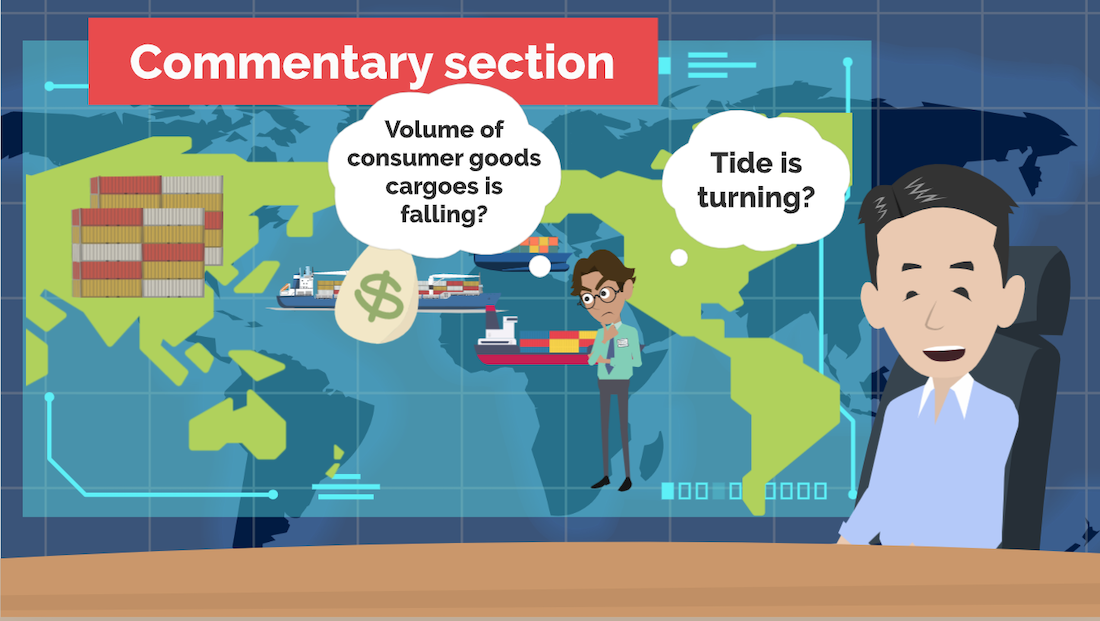 The supply situation is increasing because of the shortage of containers due to the Corona pandemic, and other shipping companies have increased their services between Asia and North America which are dollar-box routes.

Some officials believe that the volume of consumer goods cargoes is also falling, and there is increasing recognition that the tide is turning. 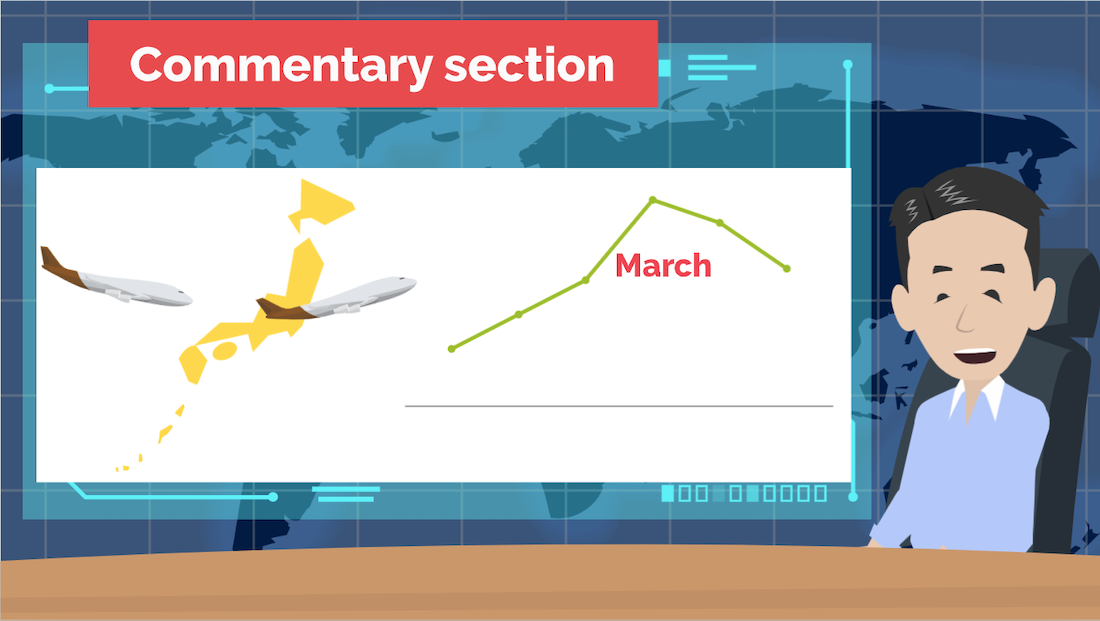 Even in air cargo transport, which had been strong, due to the disruption in container transport, there is a growing trend toward a softening supply-demand balance.

The air cargo market to and from Japan “has already reached its peak in March of this year, and now the supply-demand softening is becoming clear” said a person in charge of the market. 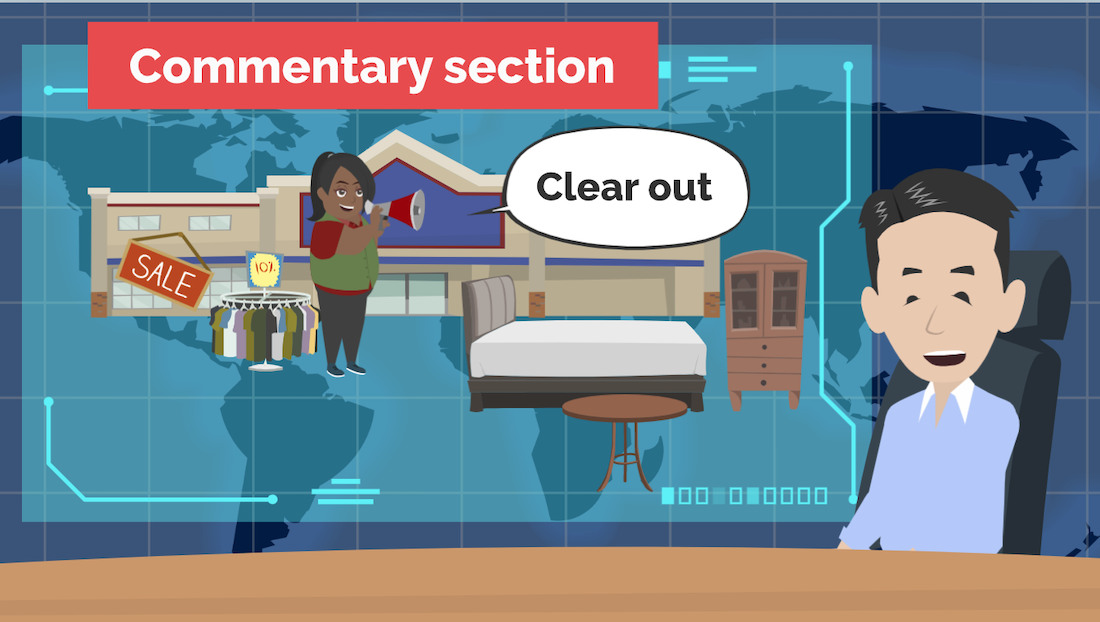 Inventory costs have risen to the point that North American retailers have begun to clear out their inventories, and some have even pointed to a decline in demand for furniture and other items that had been supporting North American cargo movements.

Thus, there is a high likelihood that purchasing volumes will be lower than usual in the future.

Finally, I have some news on the uncertain outlook for international logistics.

In late May, a shortage of workers led to congestion of European ports, and even now, it is worsening resulting in container backlogs. 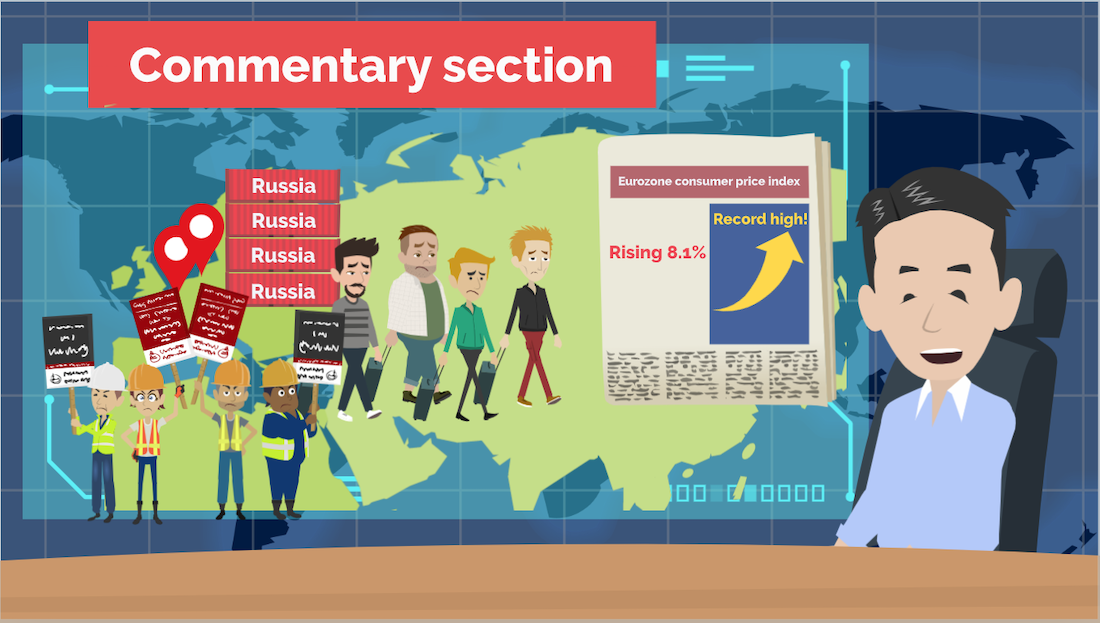 On the land side of Europe, warehouse space is under pressure due to the backlog of cargoes bound for Russia whose transportation has been suspended.

And furthermore, there is a shortage of drivers due to the return of Ukrainian drivers.

In addition, according to shipping company information, labor unions went on a 24-hour strike at the Belgian ports of Antwerp, and Bruges on June 20, following strikes at Hamburg and other German ports in early June.

In Europe, inflation is accelerating with the Eurozone consumer price index hitting a record high in May, rising 8.1%, from the same month a year earlier. 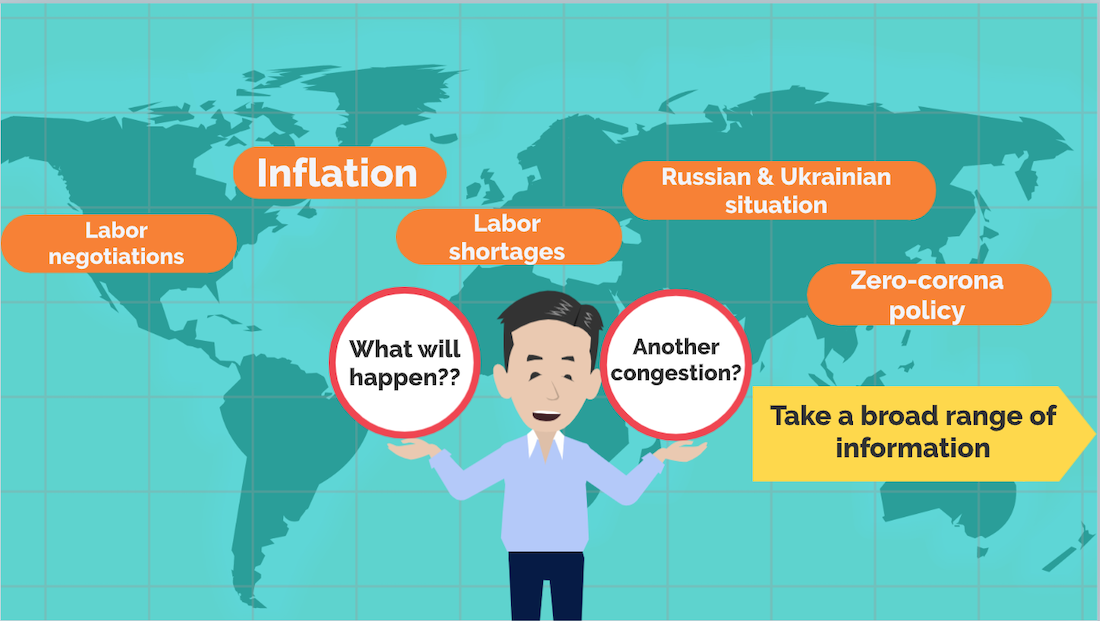 There are numerous impacts on logistics including inflation in Europe and the U.S., labor shortages, the impact of the Russian and Ukrainian situation, labor negotiations at West Coast ports, and furthermore, China’s zero-corona policy and sudden blockade of districts.

The congestion is not as bad as last year and space is easy to get right now but what will happen in July and beyond?

I think there are enough factors to cause another congestion.

With so many factors, we do not know what will happen in the future.

However, I think it is important that each of us do what we can now, and take a broad range of information.

What did you think of this news?

That’s all for today. Thank you very much!