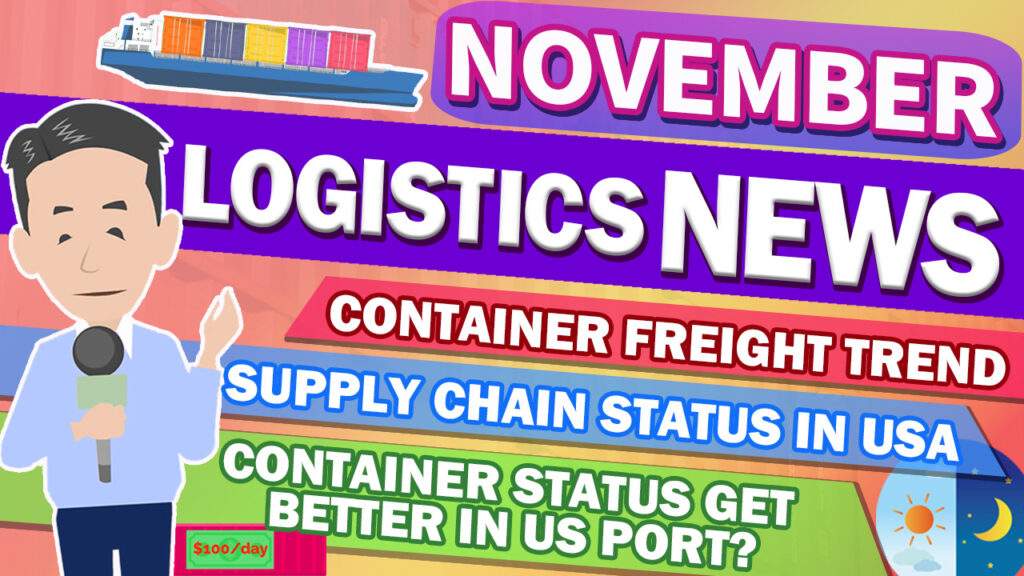 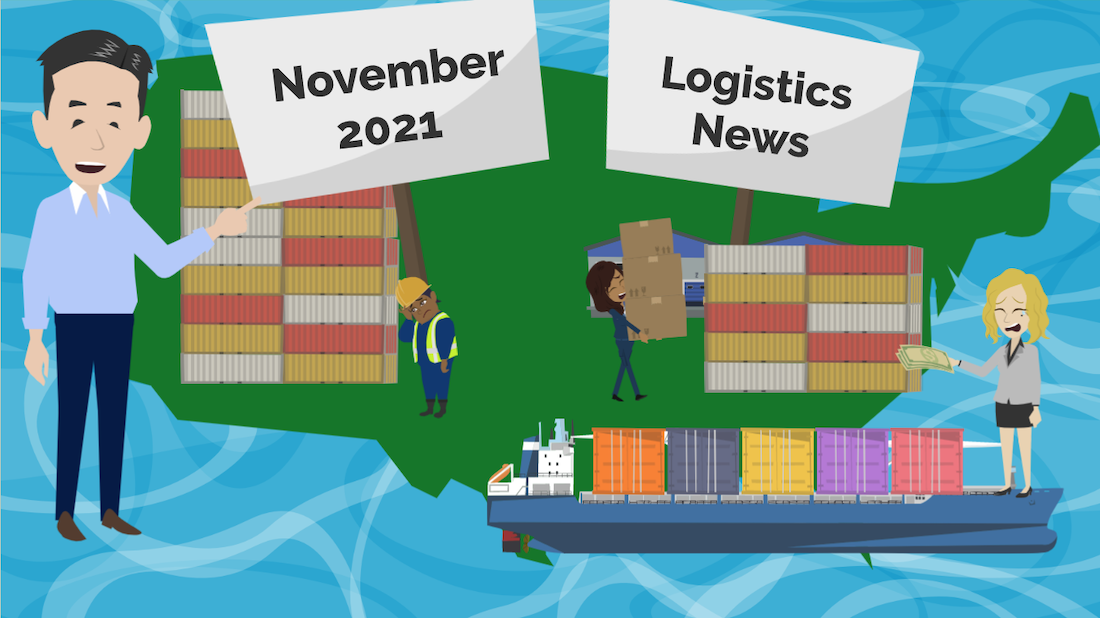 Today, I would like to present you with the news related to logistics and shipping for November 2021.

In particular, I will focus on news from North America and I will include my views on the current supply chain disruptions and rising ocean freight rates.

Long Way to Normalize Container Freight Rates. The Earliest Could be mid-2023 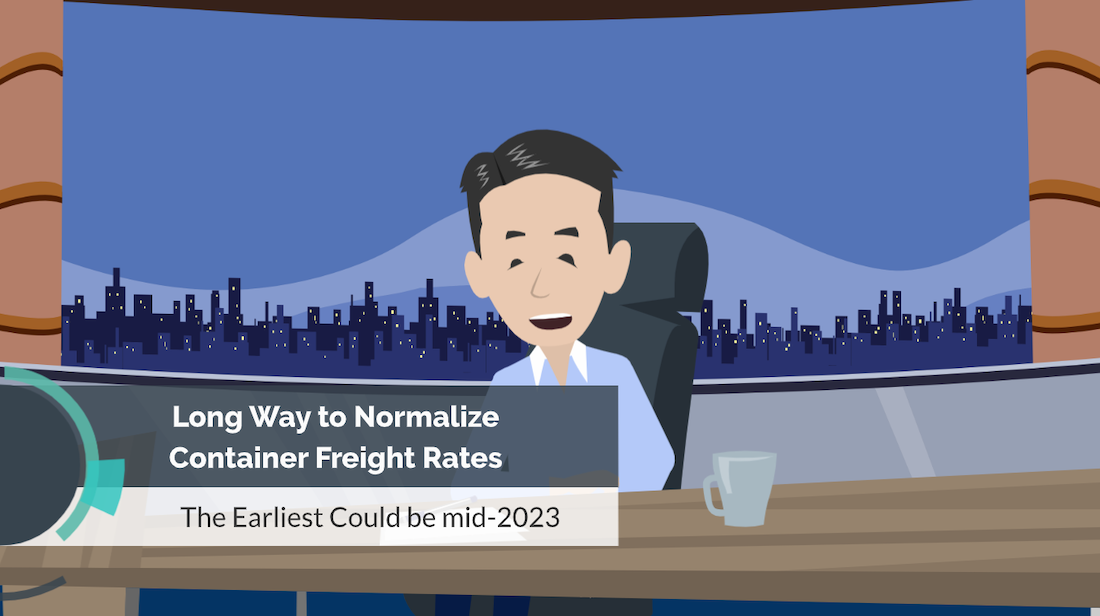 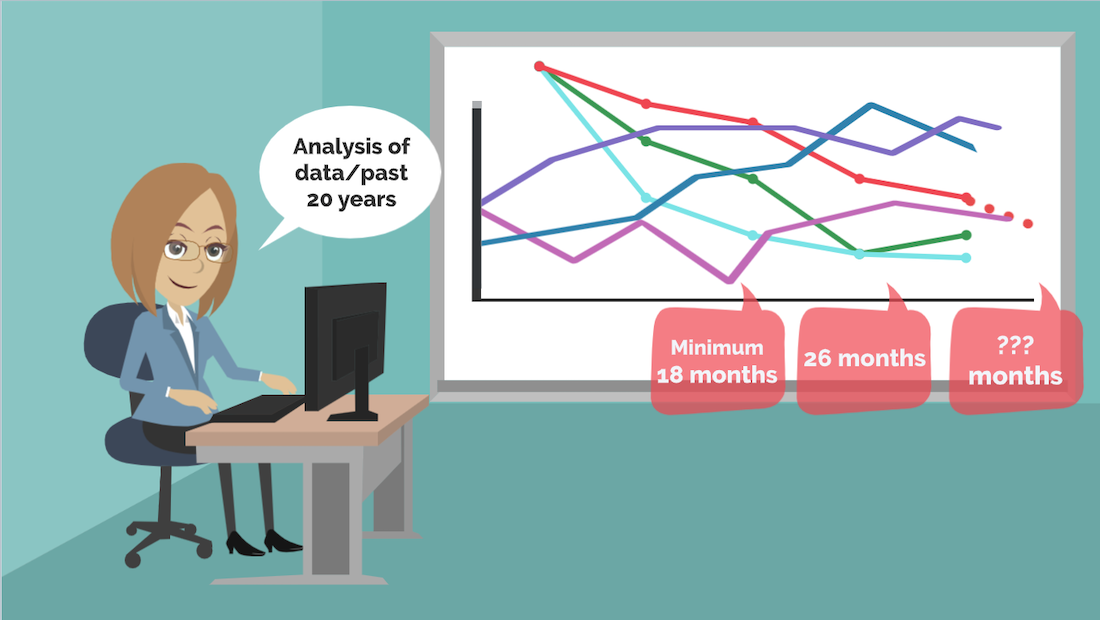 Based on an analysis of data from the past 20 years and applying the past cycle of freight rate increases and decreases, it is estimated that it will take 26 months to normalize it with a minimum of 18 months.

This time, the increase is much larger than in the past, therefore it may take even longer than expected. 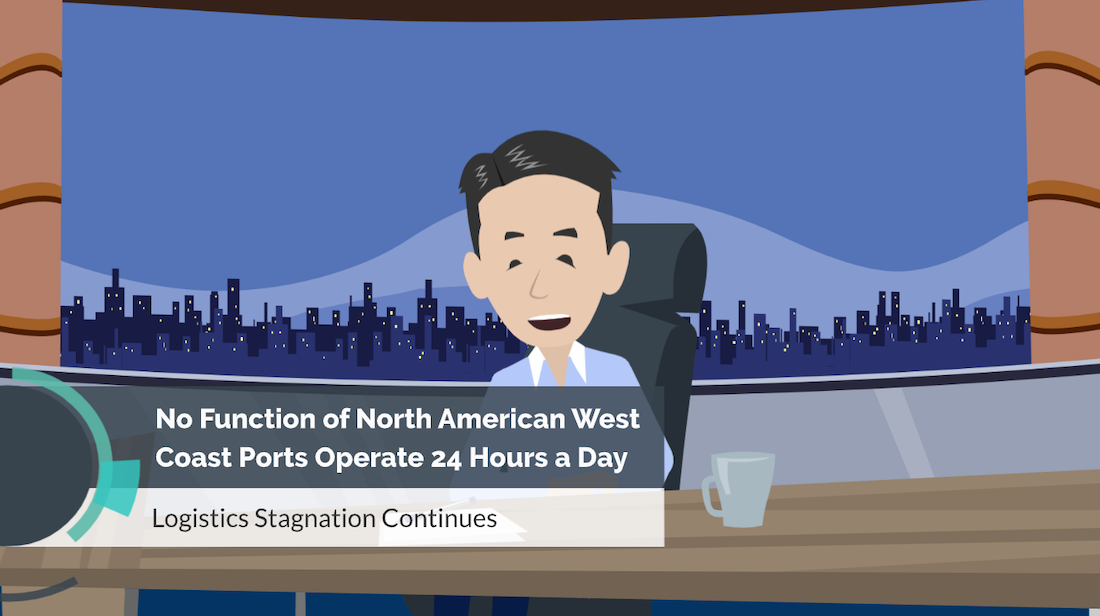 In preparation for the busy Christmas season, the ports of LA and LB in North America had announced that they would be working around the clock to relieve port congestion starting in September. However, nighttime container unloading does not seem to be working. 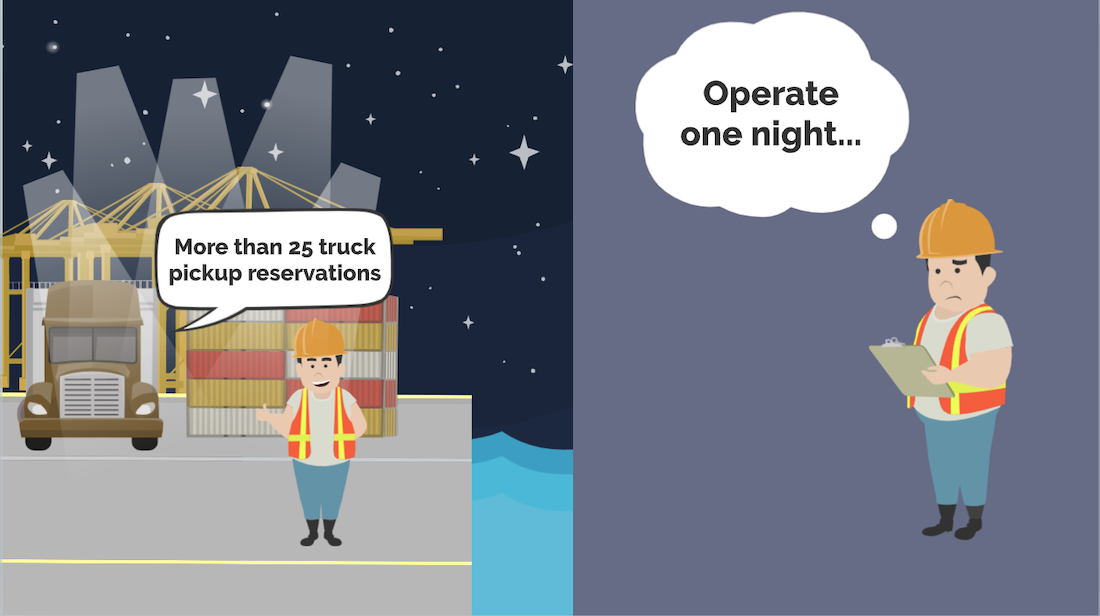 They said that the port would be open at night if there were more than 25 truck pickup reservations per night.

However, the actual number of reservations was low and it is said that they were only able to operate one night. 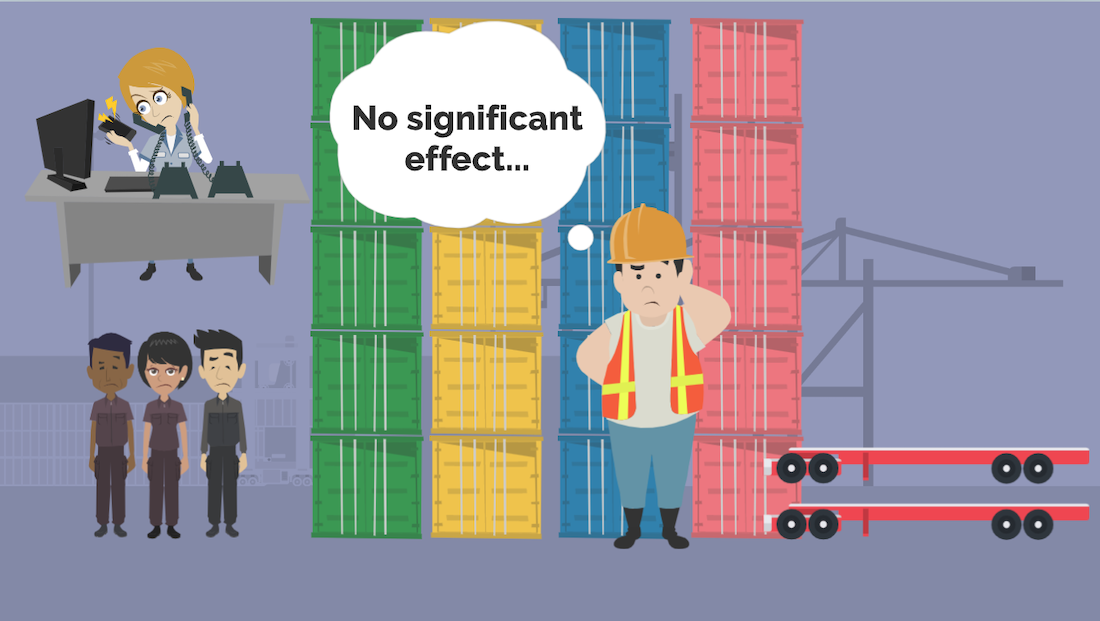 Nighttime operation has not been a factor in the increase in container deliveries due to the shortage of truck drivers and chassis as well as the complexity of making reservations.

So far, there is no significant effect in relieving congestion in logistics. 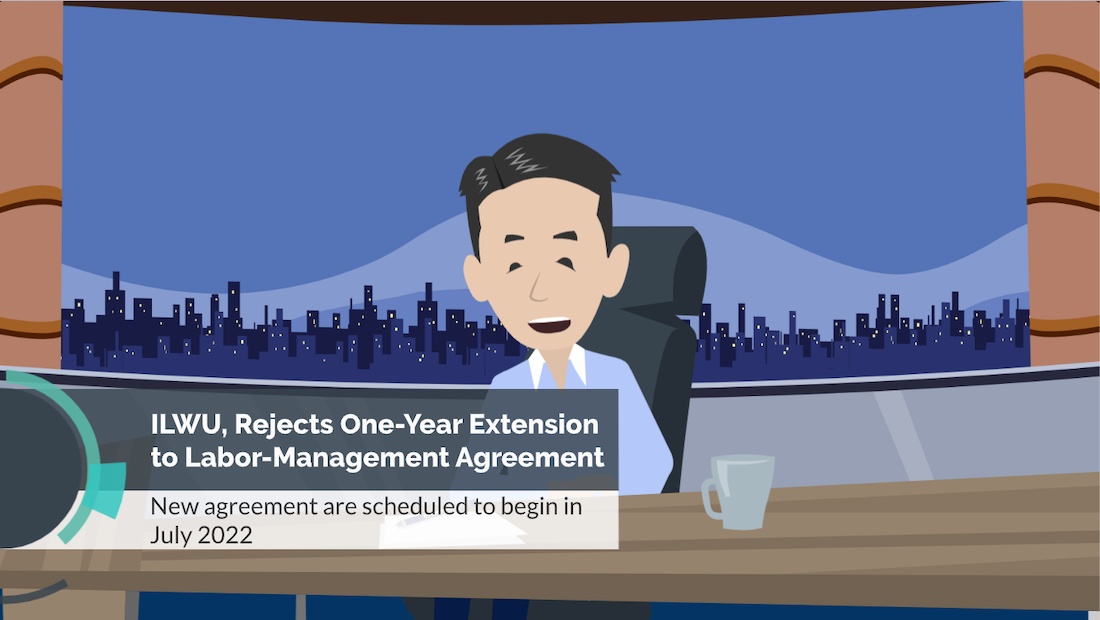 The labor agreement for North American ports expires at the end of June 2022, and negotiations for a new agreement are scheduled to begin in July 2022. 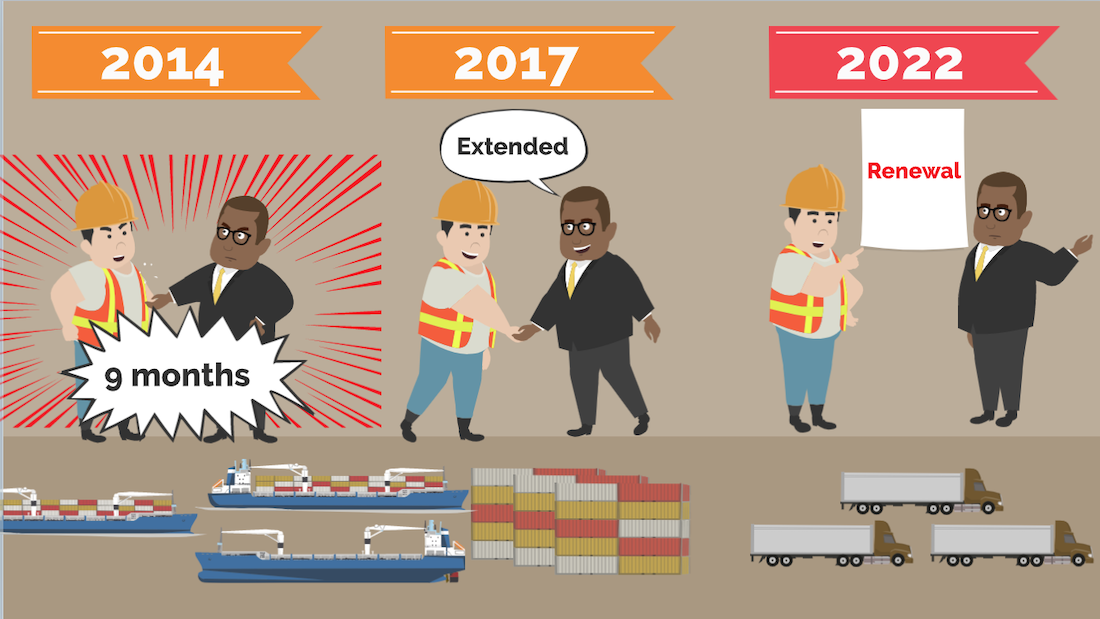 The current agreement signed in 2014 and extended in 2017 is up for renewal next year. This, signed in 2014, was difficult to negotiate and took nine months to finalize.

During this time, logistics at North American West Coast Ports were disrupted which caused major confusion in the supply chain to and from North America. 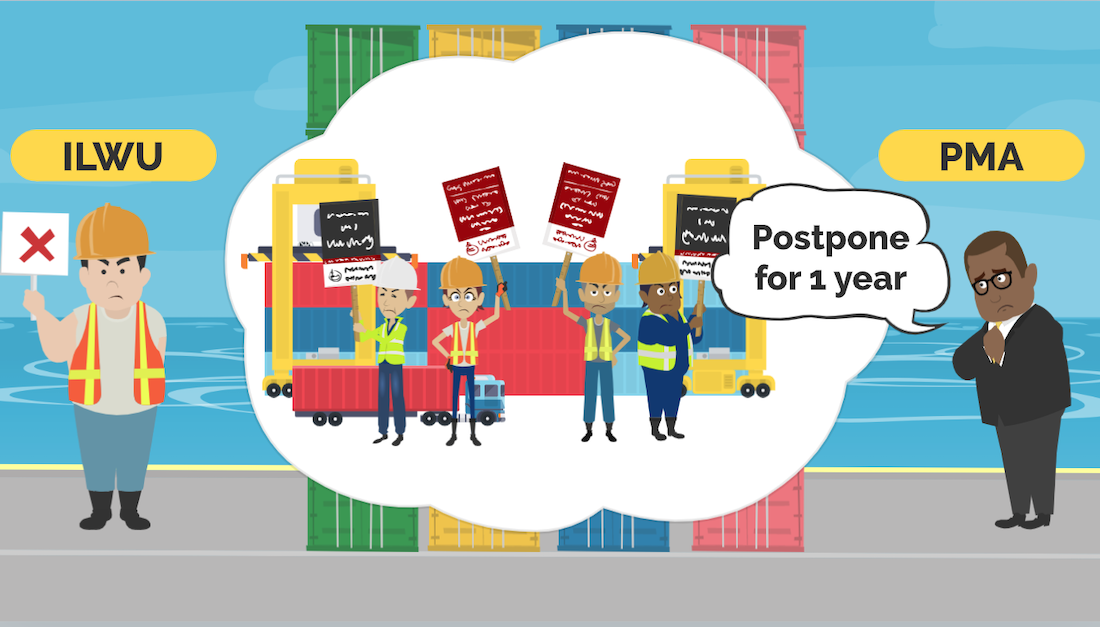 And in consider of the current logistical congestion caused by Corona, the port’s employers’ association (PMA) has asked the International Longshore and Warehouse Union (ILWU) to postpone for one year the negotiations to be held next year.

However, ILWU rejected the request.

This collective agreement includes the agenda of automation of the port. It is expected to take some time to conclude, as this is a matter that will greatly affect the future working conditions of the union side. 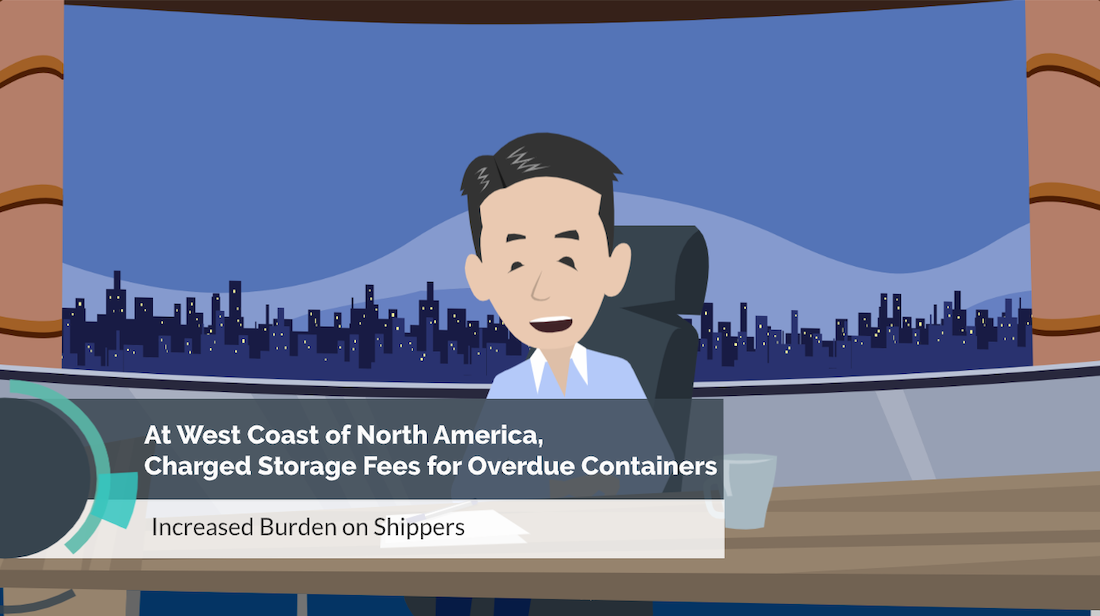 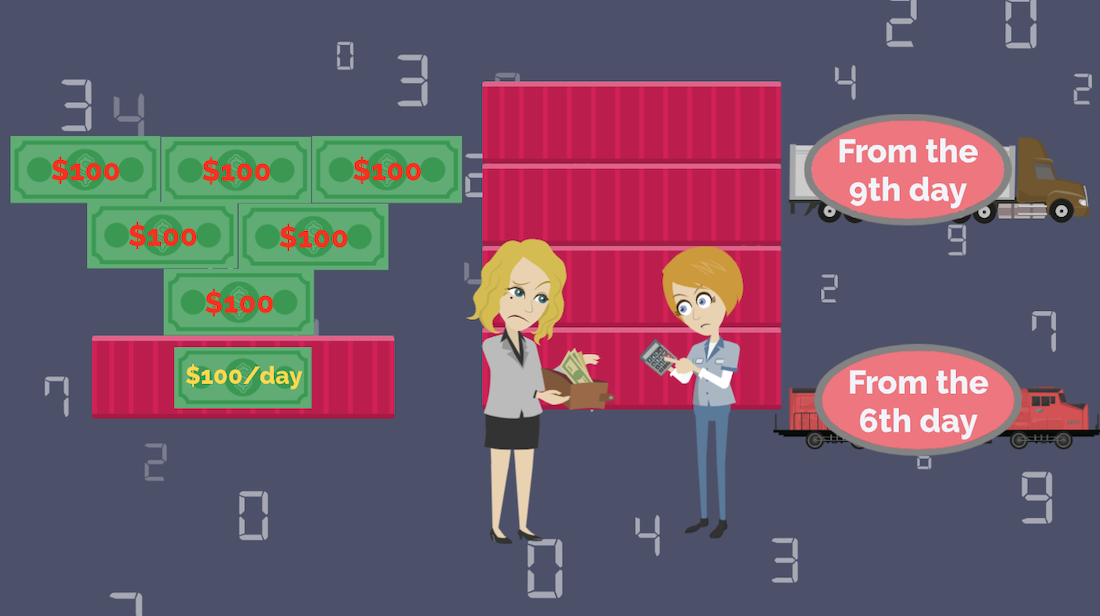 Terminal overage charges are calculated at USD100 per container per day, beginning 9 days after unloading at the terminal for truck shipments and 6 days for rail shipments.

This is expected to be a huge burden for shippers in the form of fines that accumulate to USD100 on the first day, USD200 on the second day and USD300 on the third day. 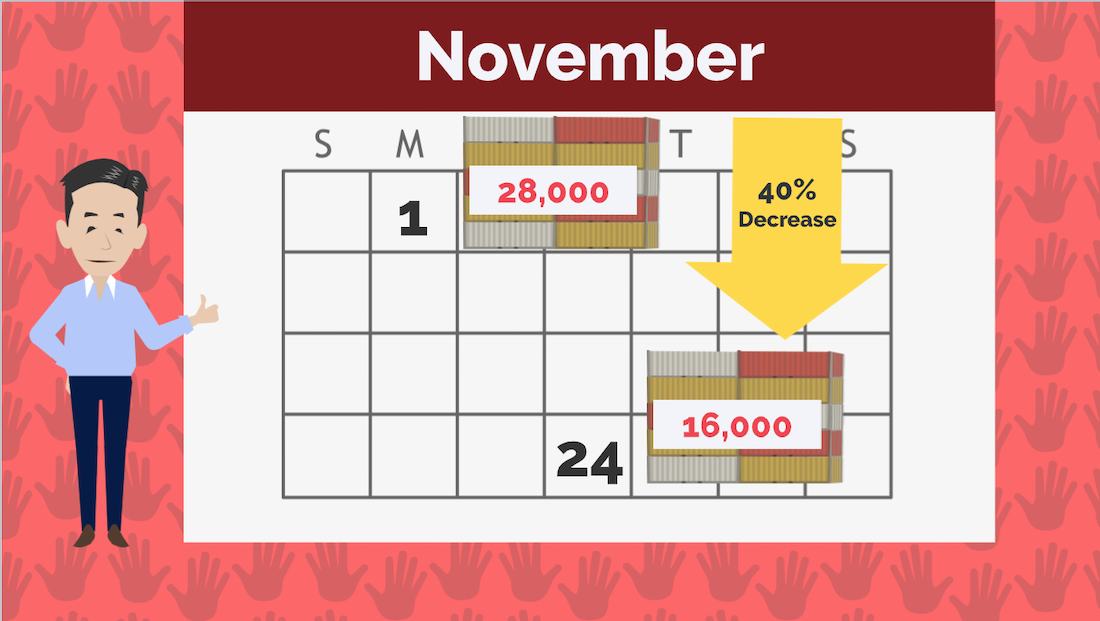 We are beginning to see some signs that the logistics congestion is being resolved.

Opposition to Mandatory Corona Vaccines in the United States. Any Influence to the Supply Chain 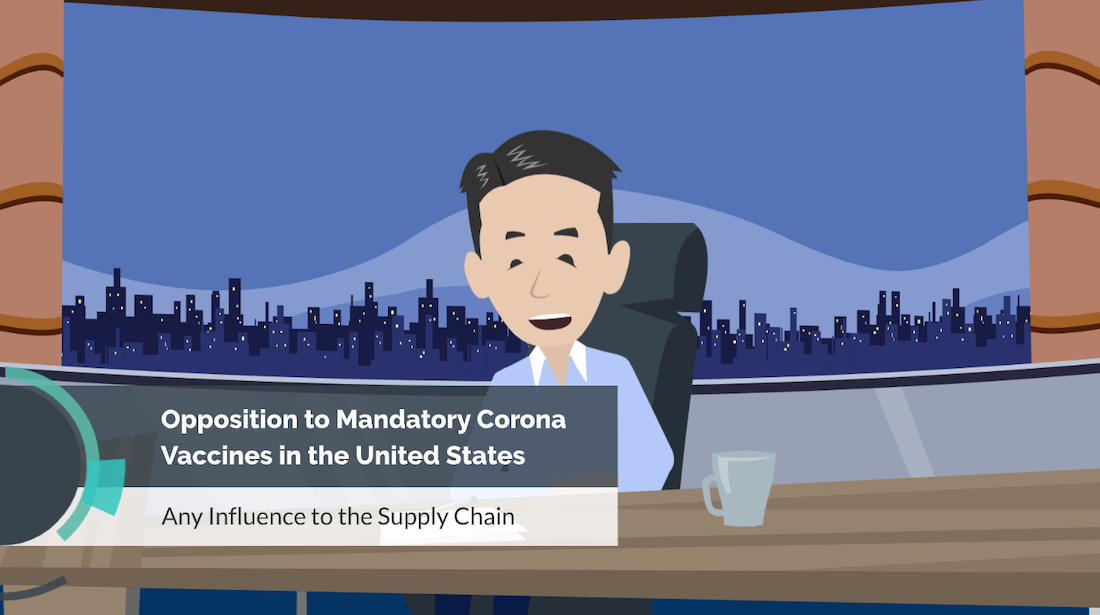 In the U.S., the Biden administration will require companies with more than 100 employees to either vaccinate or test their employees at least once a week starting next January.

In response, half of the states are suing for a violation of the Constitution. Currently, there are about 76,000 people infected with Corona in the U.S. per day and the second vaccination rate is 58%.

UPS, the largest company in the transportation industry, has 500,000 employees and only some of them are required to be vaccinated, but many others are not. 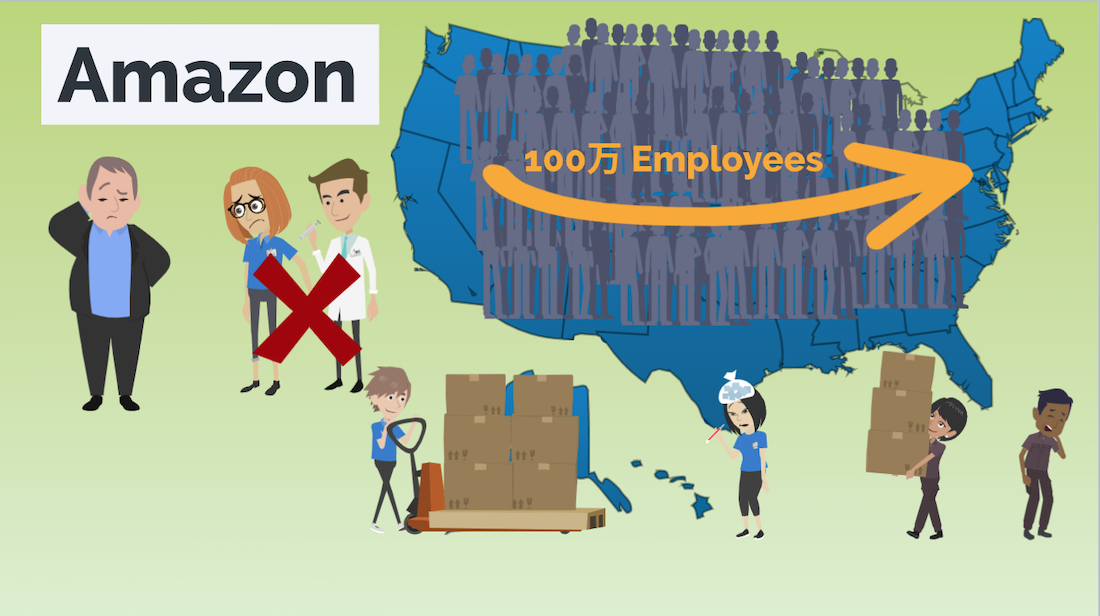 In addition, Amazon, which has one million employees in the United States, did not require vaccination.

The workforce at each company is also a major factor in resolving supply chain disruptions. 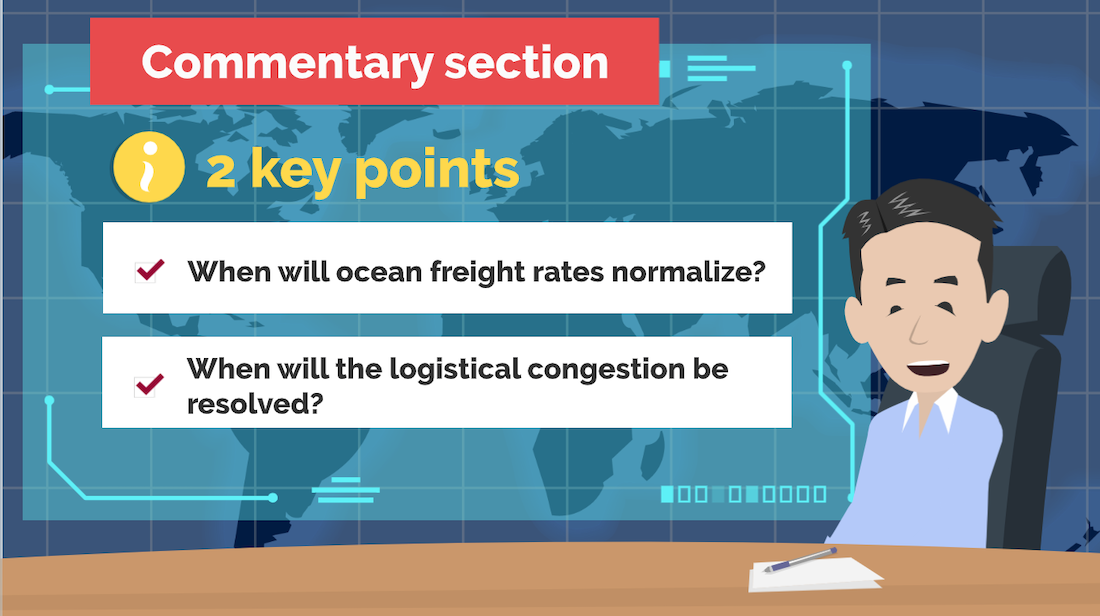 I will explain this time’s news.

In the current supply chain problems, I think there are two key points.

1. When will ocean freight rates normalize?
2. When will the logistical congestion affecting the main shipping space be resolved? 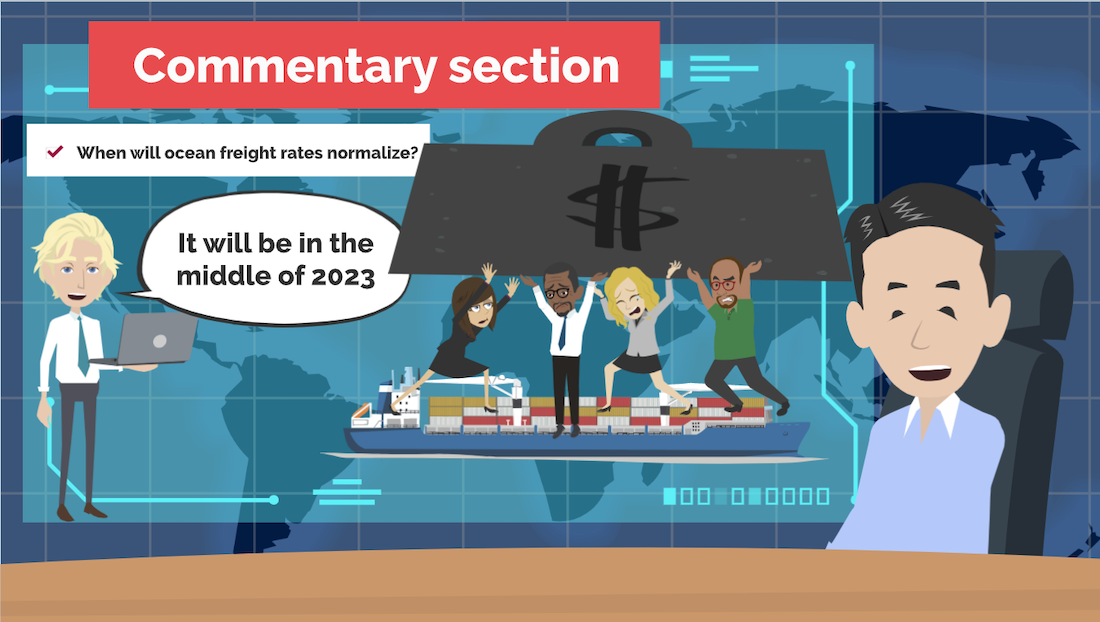 First of all, as for the normalization of ocean freight rates according to a Danish research company, as far as the analysis of the data of the past 20 years is concerned, it was announced that it will be in the middle of 2023 at the earliest.

That’s how big the current surge in freight rates is, and it’s not going to settle down within the next year, 2022. 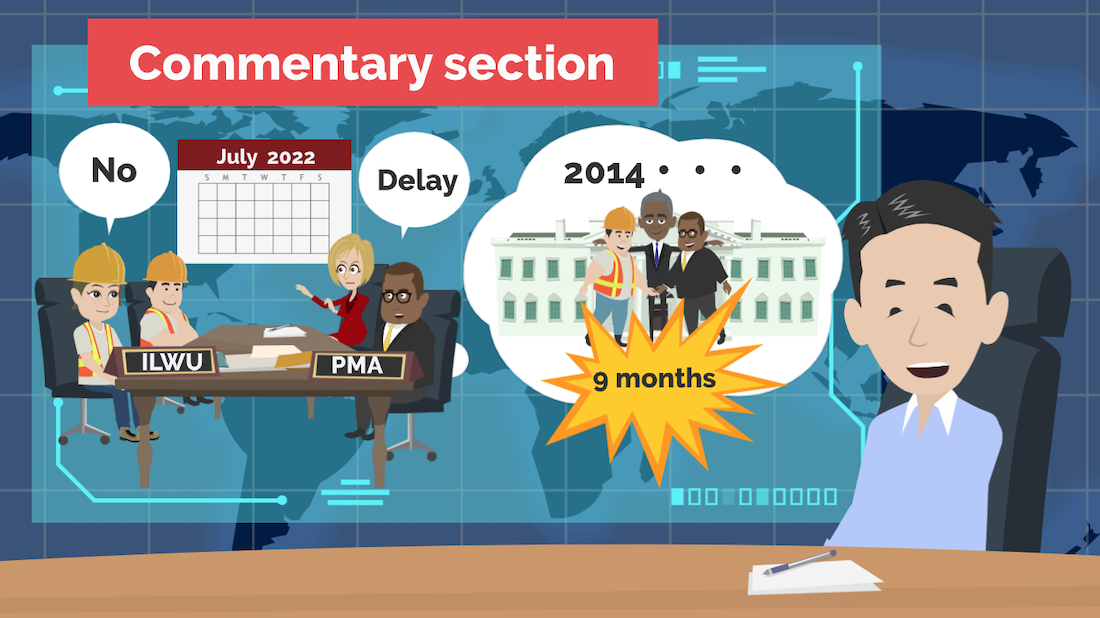 Next July, there will be a renegotiation of the labor-management agreement at the North American West Coast ports. ILWU (the port union) has rejected a request from the PMA (the port employers’ association) for a one-year delay in negotiations.

In the last round of negotiations, the White House intervened and managed to come to an agreement. However, it took a long time, nine months. During this period, ocean freight rates were still on the rise. 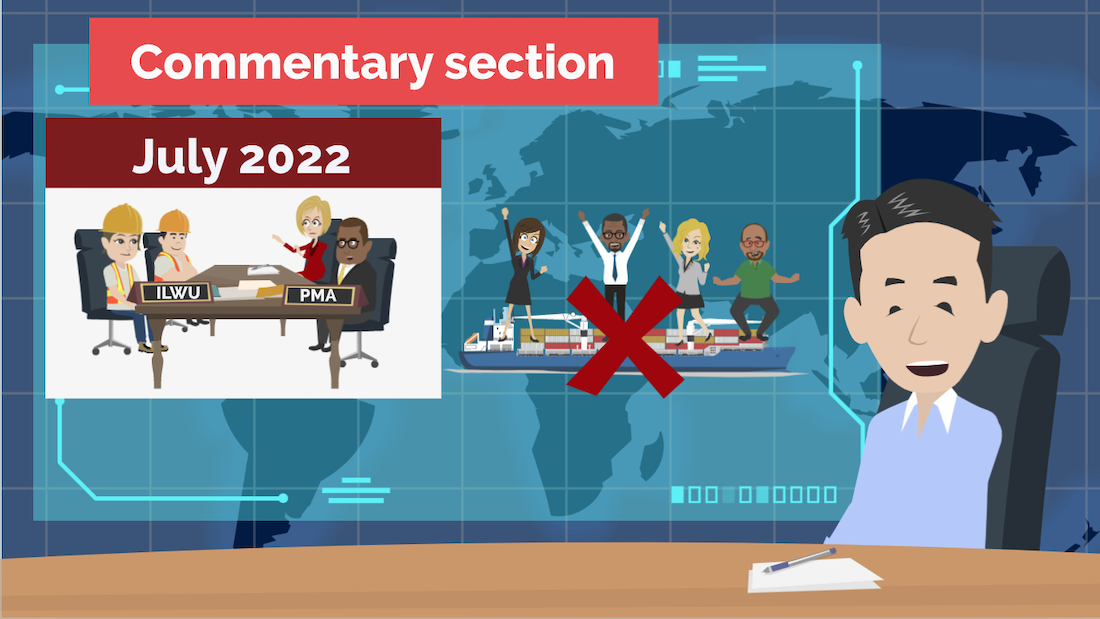 I personally think that the possibility of normalization of ocean freight rates by the end of 2022 is very low because of this event next year apart from the data. 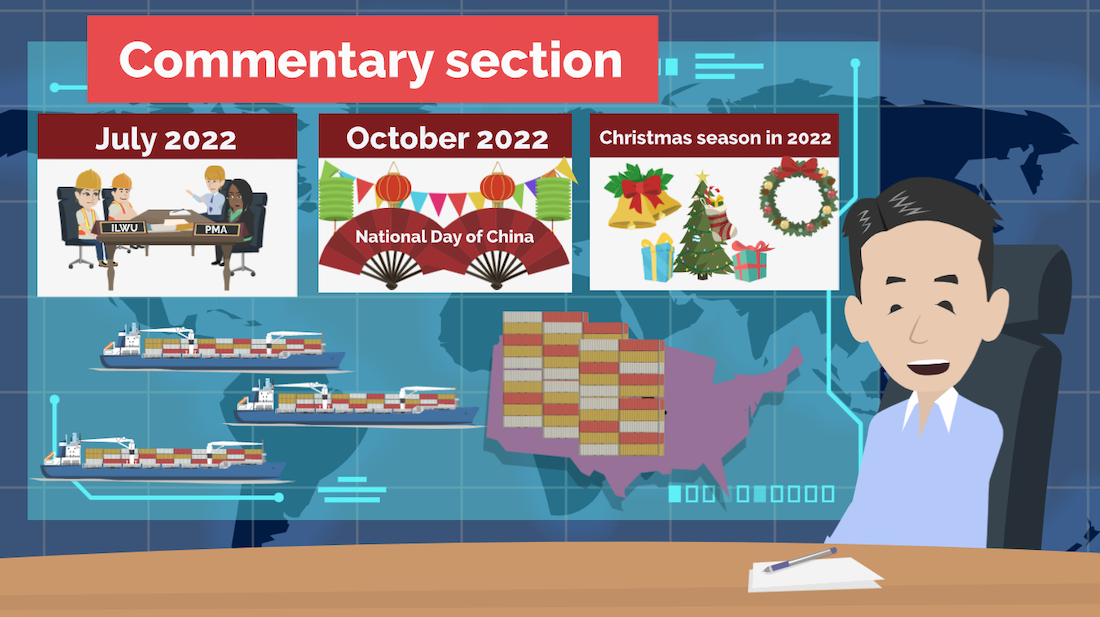 In the meantime, the Christmas shopping season starts in North America.

It seems that there is a high possibility to occur logistical congestion on the West Coast of North America. 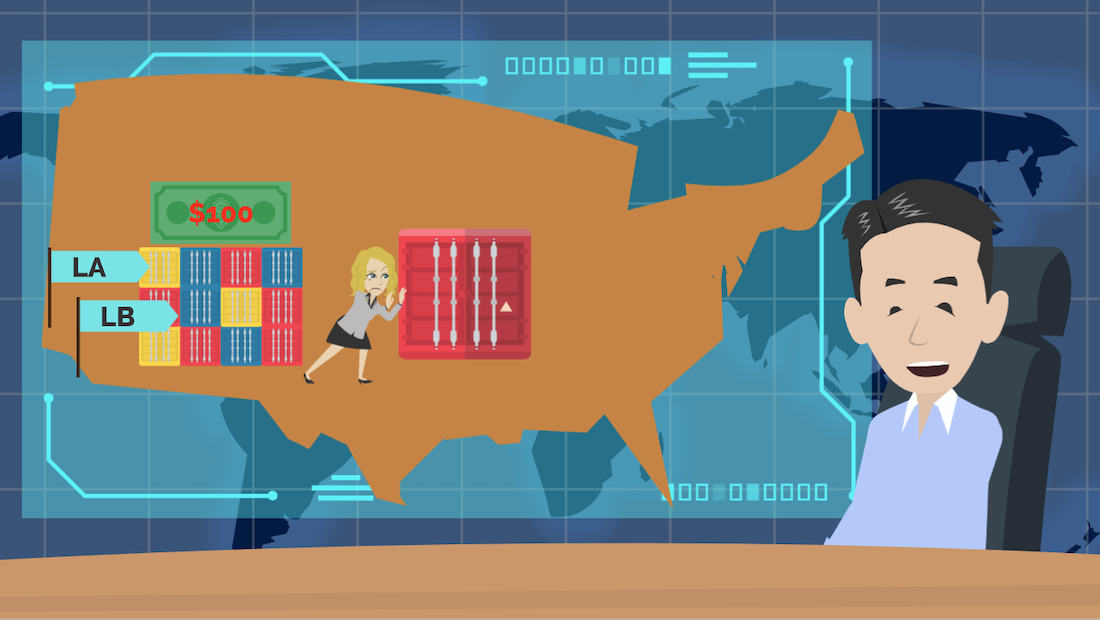 However, the current logistical congestion is showing signs of being resolved.

With the fines for stagnant containers introduced at the Port of LA and LB, we have found that shippers who did not cooperate with the 24-hour operation of the port are getting serious about their cargo out of the port. 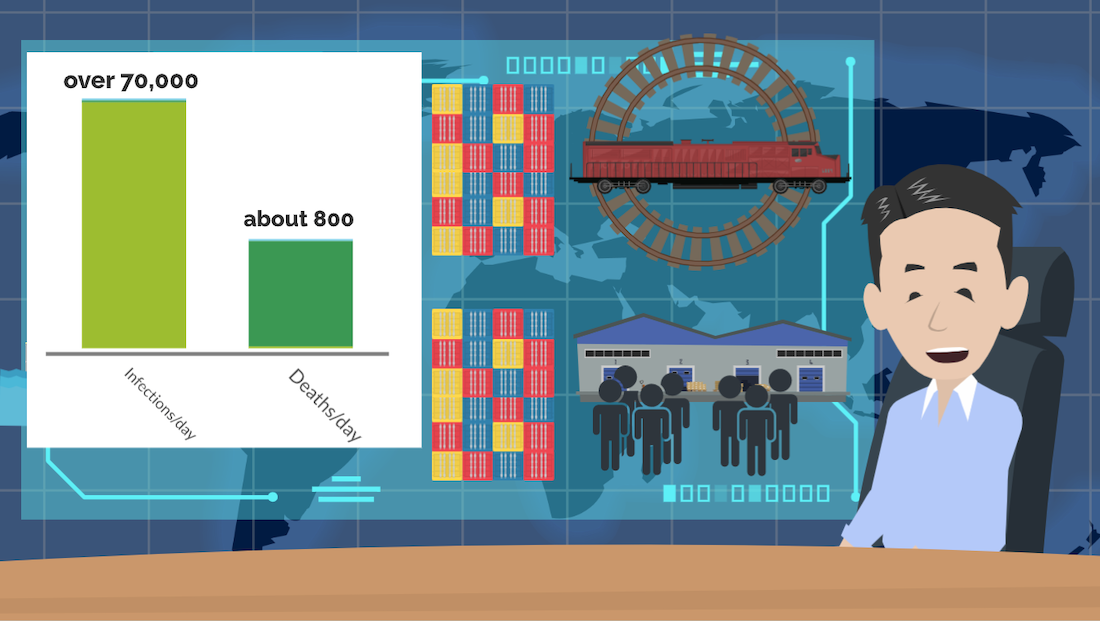 Nevertheless, even if progress is getting containers out of the ports, there are still issues with congestion at inland rail terminals and manpower for loading and unloading workers at factories and warehouses.

In the U.S., vaccination has stopped at a certain point and there are still more than 70,000 Corona infections and about 800 deaths per day.

Unless the vaccine becomes mandatory, the availability of manpower is uncertain. 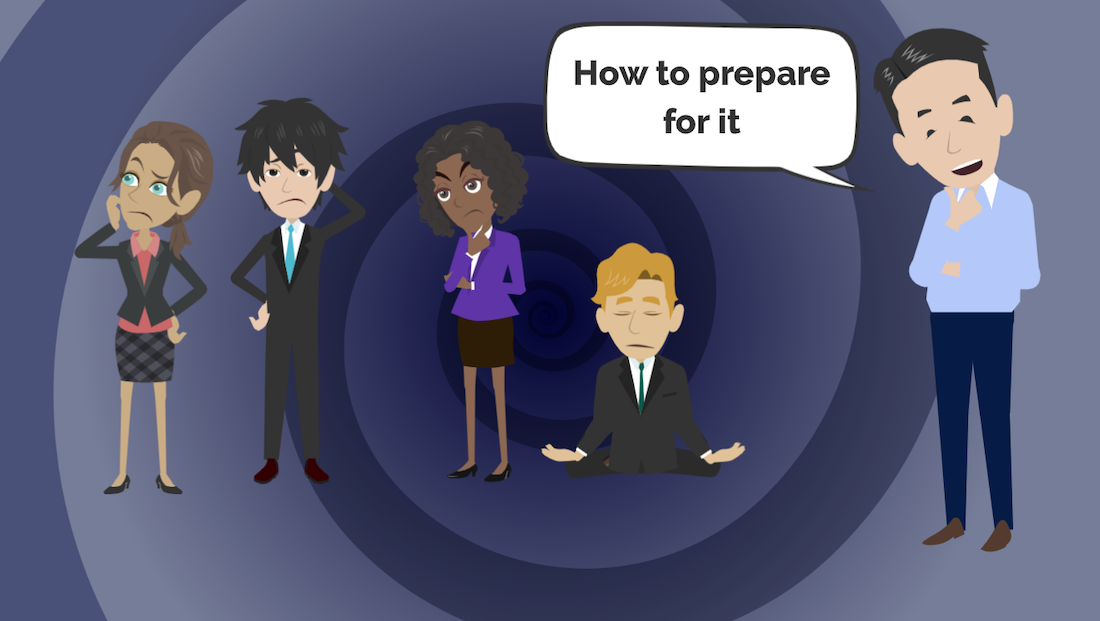 I apologize that it may cause anxiety to our viewers by telling this.

However, I think it is important in order to do business for you to look at the reality of the situation, think about it with your own mind, make predictions and how to prepare for it. 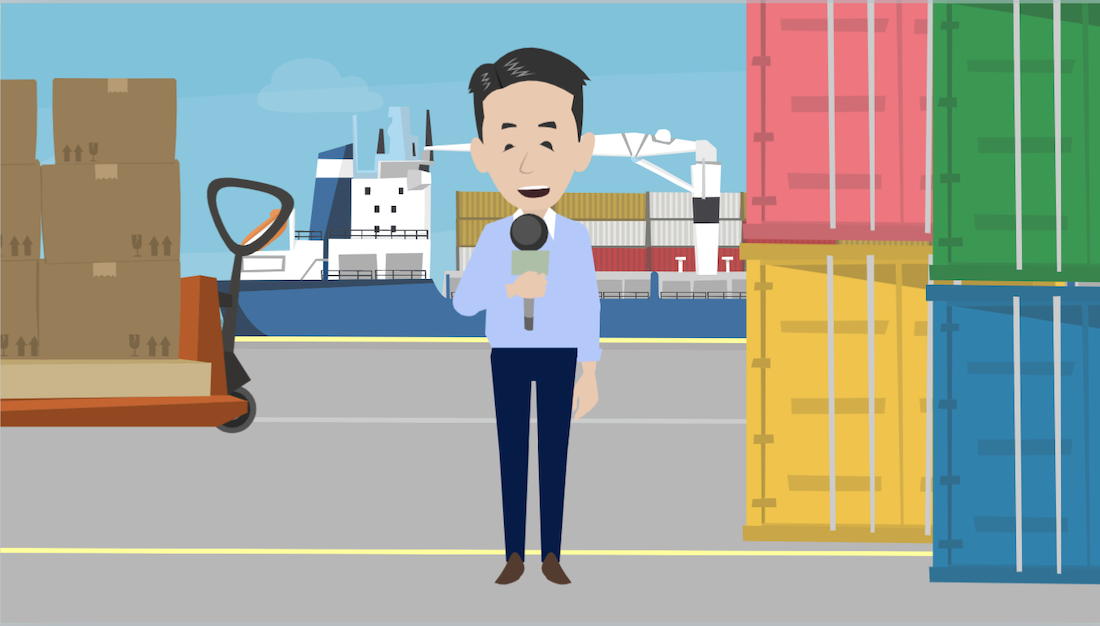 I’ll continue to keep you updated on this channel, so please subscribe to the channel, thumbs ups, and comment on it.

That’s it from the field! Thank you very much.