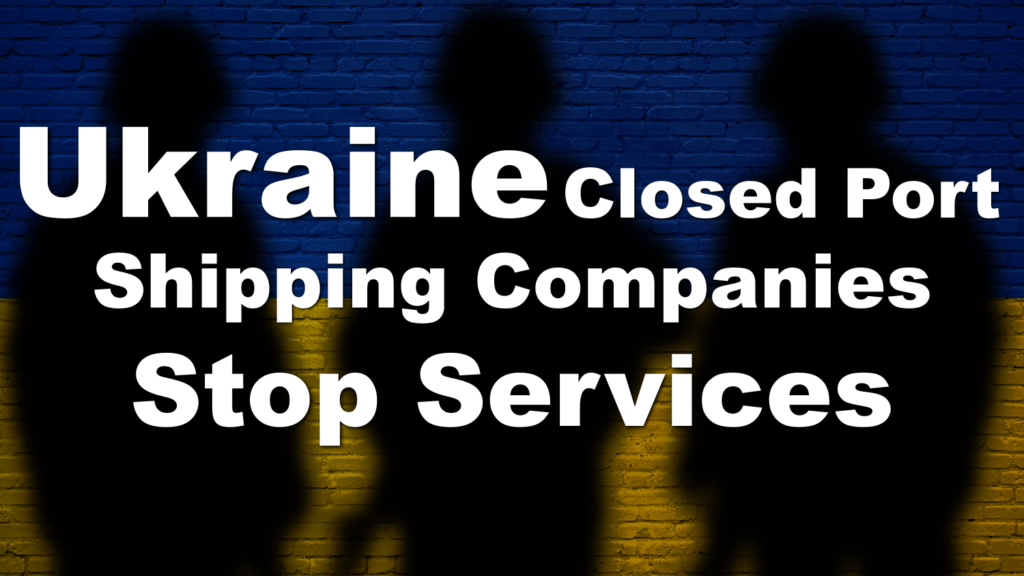 Today, I would like to talk about, “Ukraine’s Odessa Port Closed. Maersk and other container shipping companies suspend all shipments to Ukraine”.

The problems in the Russia-Ukraine situation have begun to cause major disruptions in the global supply chain, including container shipping.

On February 24, Russia began to invade Ukraine, and Ukrainian authorities closed the port of Odessa, the country’s largest container port on the Black Sea, on February 24 local time.

European shipping companies such as Maersk, MSC, CMA-CGM, etc. have stopped accepting cargoes to and from Ukraine since February 24.

Until further notice, the companies plan to suspend vessel’s service from calling on Ukrainian ports.

In response, container shipping companies that operate feeder ships in the Black Sea have all suspended their contracts with the country.

As a result, there is now a possibility that containers will be held up at connecting ports in the Middle East and elsewhere.

A feeder ship is a vessel that connects a major port with a local port.

Services to and from Russia

On the other hand, as for services to and from Russia, all of the aforementioned companies have stated that services are available as usual at this time.

However, depending on the sanctions imposed on Russia by the U.S. and European countries, the trend of services to Russia is likely to become more uncertain.

The global supply and demand for container ships is tightening, and cargo movement is slowing down.

The shutdown of commercial port along the Black Sea coast may have a significant impact on overall international logistics in the future.

Last March, there was the Suez Canal stranding accident, which spurred a shortage of containers. Since the Suez Canal is one of the arteries of international transportation, the impact was great and sea freight rates soared.

The current war is sure to have an impact on transportation around the Black Sea.

In fact, there was news that a Japanese cargo ship was hit off the coast of Odessa on 25th.

The current supply chain is in a state of tension, and any one problem can affect the whole chain.

Just when we thought we could see signs of a gradual resolution, the current problems in the Black Sea area will have another impact on international logistics.

I will continue to research and send out information about market conditions.