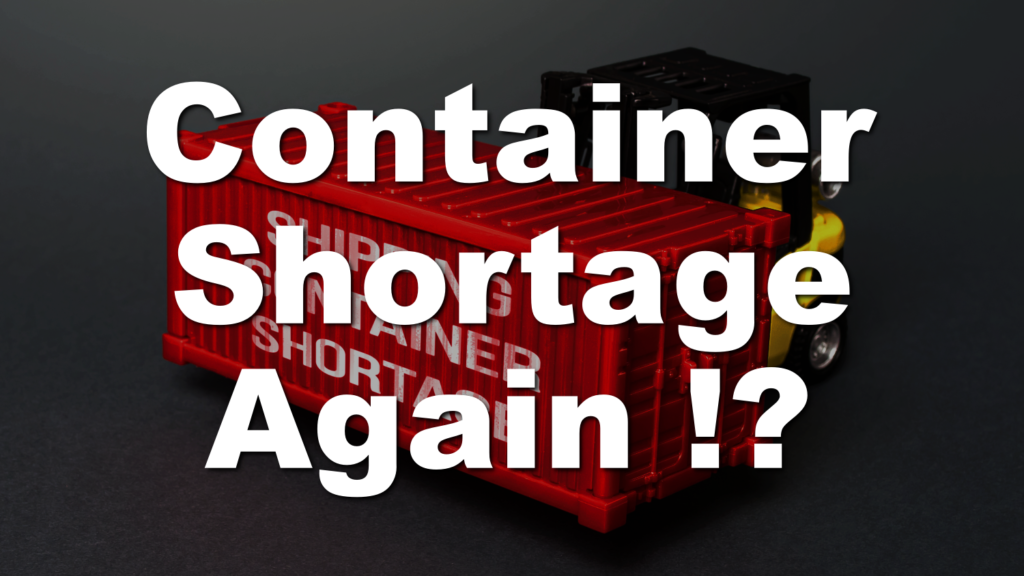 Today, I would like to talk about, “Container Shipping Company to Unload Cargo Bound for Russia. Affects the Forwarding of Empty Containers.”

Russia-bound Cargoes to be Unloaded

Container shipping companies have simultaneously suspended cargo shipments to Russia since March 1, which has caused difficulties in handling in-transit cargoes.

In the case of cargoes from Asia to Russia, the response varies from carrier to carrier, but it is difficult to temporarily land at ports in the Nordic states where the cargoes are to be transshipped.

Therefore, it appears that most of the cargo will be shipped back to the shipping point.

However, if there is a large amount of back-loading cargo, the forwarding of empty containers from Europe to Asia will be restricted.

The article reports that the officials are keeping a close eye on the situation, as a delay in the transfer of empty containers could lead to a shortage of containers in Asia.

The possibility of a container shortage has emerged, although recently there has been a shortage of space.

There is news that “Air Transportation to Europe Faces Increasing Pressure to Increase Freight Rates due to a Growing Shortage of Space.”

Airlines avoid flying over Russia, and flights are cancelled or suspended. Some companies operate on detour routes avoiding Russian airspace.

Some forwarders have seen a 30-40% decrease in the space they have secured compared to before Russia’s invasion of Ukraine.

Supply is down, and this is putting further upward pressure on freight rates.

According to a major forwarder, diversions need to be verified for safety and other reasons, and the number of routes that can be operated is limited at this time.

On European routes as a whole, space is overwhelmingly shortage, and it continues to be severe.

According to the officials, compared to the pre-invasion period, spot freight rates have more than doubled.

And in some cases, freight rates are more than six times higher when using a premium service that guarantees loading onto.

Originally, air freight rates remained high due to the tight supply-demand balance caused by the reduction of international passenger flights due to Corona and the shift from sea freight to air freight.

This time, the supply has shrunk even more, and freight rates are rising even more strongly.

Normal air transportation between Japan and Europe, from airport to airport, takes about 2-3 days.

However, one forwarder has informed the shipper to expect 7 days. Another forwarder said to have informed that it can take up to 10 days to reach the final destination.

Future of Ocean and Air

If flight times are lengthened this time through the use of rerouted flights, the lead time could be further increased.

The transport distance between Japan and Europe is long, about 40 days by ship before Corona.

Container vessels continue to be unable to obtain new bookings, and it is generally considered unlikely that they will switch from air to sea.

Forwarder companies have stopped bringing in large cargoes and are also prioritizing cargoes.

Situation of Russia and Ukraine

After all, logistics were disrupted by the situation of Russia and Ukraine. It is not something that will be back to normal soon, but we hope that the war will be settled and we will be closer to normalcy.