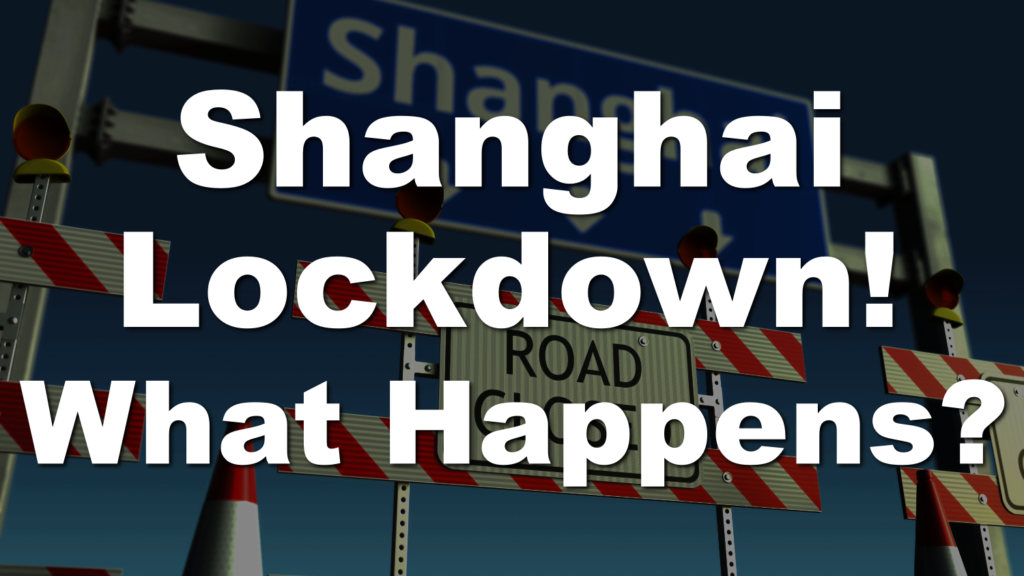 Today, I would like to talk about, “Shanghai City Lockdown. Port of Shanghai Normal, No Marine Transportation Disruption. Air Cargo Flights Cancelled”.

Although the lockdown began on March 28 in Shanghai, China, it does not appear to have caused the major disruption to international transportation that had been feared.

Shanghai Port, the world’s largest container port, is operating as usual as of March 29, and the vessel is also moving on schedule.

LCL cargos may be vanned at warehouses in the city center.

The port is positioned as critical infrastructure and maintains a 24-hour operating system. The article reports that, “Workers and management staff continue to work in isolation from the outside world.”

According to shipping company information, as of March 29, there has been no disruption to barge or rail operations, although some container vanpool utilization has been reduced.

Impact on the Land Side

On the other hand, logistics on the land side has been stagnant and is expected to be affected by the future loading and unloading of import and export cargo.

Previous port blockades in China have caused problems on the land side, such as the quarantine of truck drivers, but what will happen this time?

Trucks, including drayage vehicles, will be allowed if the driver’s negative certification and other conditions are met.

However, there are concerns that delays in land transportation will become more serious due to traffic restrictions within the city, travel restrictions to and from outside the city, and difficulties for drivers to get to work.

It is likely that this will have the same impact as in the past.

As a result, it is expected that demand for import and export cargo transport, which was previously transported by truck to Shanghai Port, will flow into barges and railroads.

Air Flights Cancelled One after Another

Air, on the other hand, has experienced a string of cancellations.

All Nippon Airways and Japan Airlines cancelled all cargo flights between Japan and Shanghai on March 28, and Nippon Cargo Airlines NCA cancelled flights on the evening of the March 28.

According to the officials, while airline flights can land at Shanghai Pudong Airport, ground handling operations cannot be staffed, resulting in the cancellation of flights.

In Thailand, there is also a number of problems due to a lack of people at airport warehouses. The cargo is unloaded from the plane, but it does not enter the warehouse easily and is not break-bulked.

Shanghai is probably in an even worse state.

The lockdown will be in effect from March 28 to April 1 in the eastern part of Shanghai, where Shanghai Pudong Airport is located, and from April 1 to 5 in the western part.

The port is not affected, but trucking may experience problems and cargo pickup may be difficult.

Shanghai Port is the largest port in the world, so the impact will be significant, and it will be interesting to see how it affects shipments to North America and Europe.

I will update you with more information.