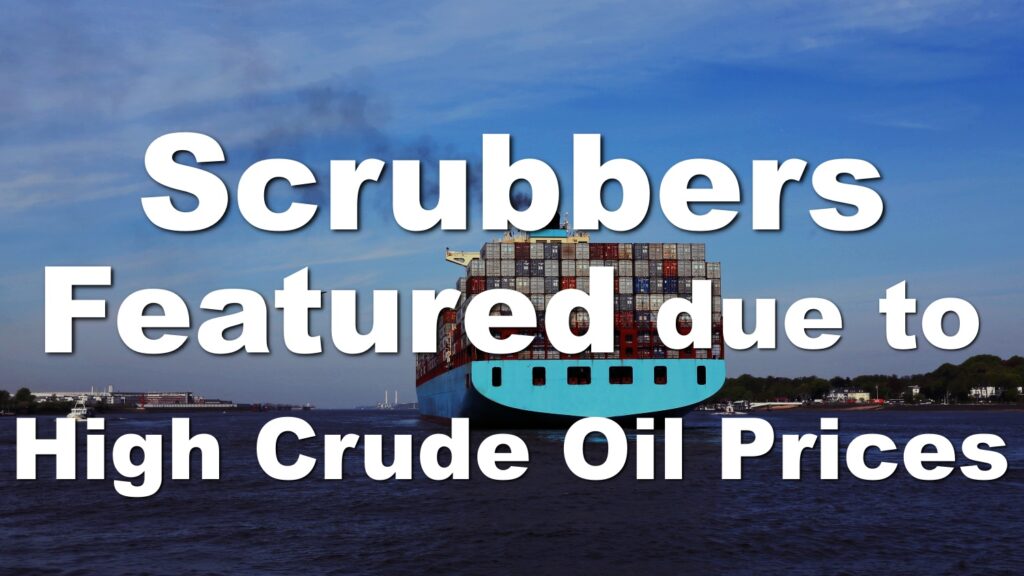 Today, I would like to talk about scrubbers, which are attracting attention due to high crude oil prices.

Demand for Scrubbers due to Rising Crude Oil Prices

I visited SEA JAPAN the other day and was under the impression that almost attention was focused on zero emissions to reduce carbon dioxide emissions.

Recently, however, crude oil prices have been rising, partly due to Russia’s invasion of Ukraine.

The key point here is the scrubber, which is an exhaust gas cleaning system for marine fuel.

MARPOL 73/78 Convention is an international treaty that aims to prevent marine pollution caused by ship navigation and accidents.

Specifically, the regulation requires that the sulfur concentration in exhaust gas be kept below 3.5%.

This is because if exhaust gas is not regulated, it will lead to the generation of PM2.5 and cause health hazards.

The Trend toward the Use of Fuel Oil A

Therefore, after 2020, the trend is to use high-quality heavy oil called Fuel Oil A.

However, Fuel Oil A is more expensive than Fuel Oil C. Fuel Oil C cannot be used as it is, but can be used if equipped a scrubber.

Then, how many vessels were equipped with this scrubber, less than 30% of all vessels.

The scrubber itself costs $930 thousand at the lowest price, and the cost of installing it on a ship alone is about $2.5 million to $3.8 million.

The trend was to buy fuel oil A if you were willing to invest this much.

At that time, the price difference between Fuel Oil A and Fuel Oil C was not yet great.

From Using Fuel Oil A to Fuel Oil C

However, the price difference between Fuel Oil A and C has widened due to the soaring crude oil prices caused by the situation in Ukraine, as I mentioned at the beginning of this video.

Container shipping companies are making a lot of profit right now, so I think scrubbers will be the focus of attention in the future.

We do not know how fuel prices will move in the future.

I met a company called PureteQ, a manufacturer specializing in scrubbers, at SEA JAPAN, and they told me that we can recover the investment in about two years.

I think we also need to make sure that emission regulations are in place.

The video of interview with PureteQ at SEA JAPAN is currently being edited and I hope to upload it around the middle of May.

Please look forward to it.