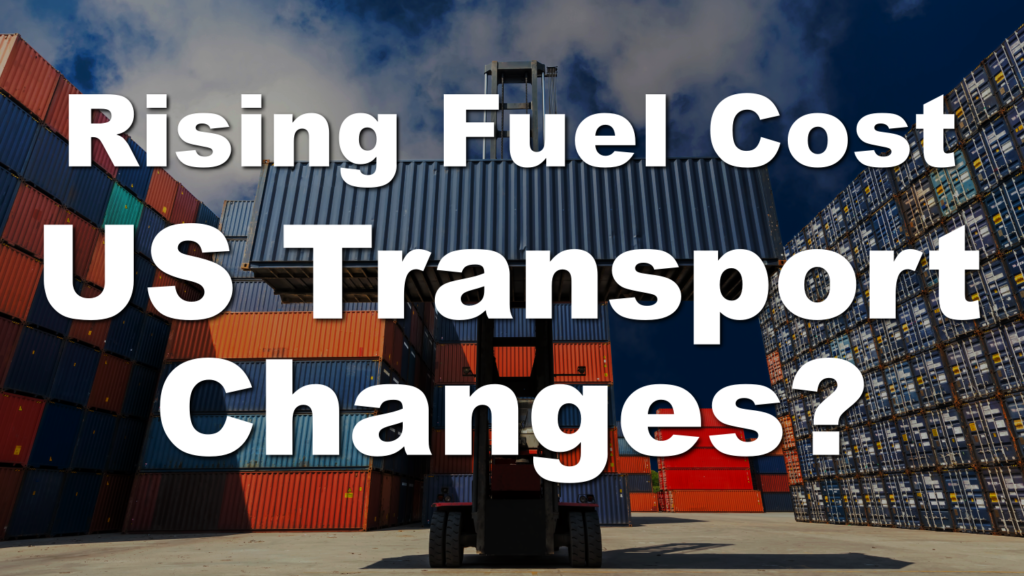 Today I would like to talk about the article from Joc.com, “Market May Change as U.S. Shippers Prepare for Rising Fuel Costs”.

As I reported in another radio, the cost of fuel for ships and trucks is currently rising due to high crude oil prices.

According to the Oil Price Reporting Organization, the average price of low sulfur fuel oil, VLSFO, which powers about 70% of the world’s container fleet, is soaring.

Shippers are concerned about new fuel costs and impact on transportation as the Russia-Ukraine war continues.

How this will affect the U.S. supply chain could shift the emphasis from “speed of delivery” to “cost,” according to the report.

This will be a major reset for shippers who have been focused on speed since Corona, and the extent to which this happens will depend on how high oil and fuel prices rise.

Regarding gasoline prices for trucks, the average cost of diesel fuel in the U.S. remains high, according to the U.S. Energy Information Administration, EIA.

Strong freight demand and the resulting supply chain disruptions lead that diesel and gasoline prices are likely to remain high, according to the report.

As of March 14, the average EIA U.S. retail diesel price used as a basis for trucking and rail fuel surcharges was $5.25 per gallon.

Rates on major truck routes departing from the West Coast fell as port congestion eased and demand softened, but perhaps costs will rise in the coming weeks, the article reported.

One North American manufacturer stated that it will reduce the frequency of shipments.

For some customers, in some cases, it is better to deliver a truckload once a month than to deliver a small shipment every week.

Shippers may be more inclined to use intermodal rail, especially for long-distance shipments. Intermodal fuel surcharges are about half those of trucking.

For example, fuel surcharges on one of the busiest routes in the U.S., Los Angeles to Chicago, are follows.

Although it is said that the switchover will not be so easy due to a lack of intermodal rail yard capacity in inland areas and a shortage of chassis.

Railroads may become crowded in the future.

North American analysts say rising fuel costs will further shrink capacity because it will reduce “the number of small carriers” and “transport distance.”

He continues, “It will probably bankrupt spot load operators, or at least cause them to rethink which loads they carry.”

The trade-off between expedited delivery and soaring fuel costs will be at the forefront of shipper negotiations with customers.

If customers who order more than once a week want expedited delivery, they will have to pay for it. And it is difficult for them to absorb the elevated costs headed their way.

Shippers’ average truckloads have decreased by 10-20% over the past year due to disruptions in the logistics network.

Due to the speed-oriented response, there was extra space on trucks, but in the future, truckloads will need to be maxed out for transportation.

My personal prediction of what will happen to North America in the future is as follows.

I also believe that there is a possibility of congestion at ports because shippers who want to choose rail will refrain from using trucks.

Soaring fuel costs may affect us in this way.