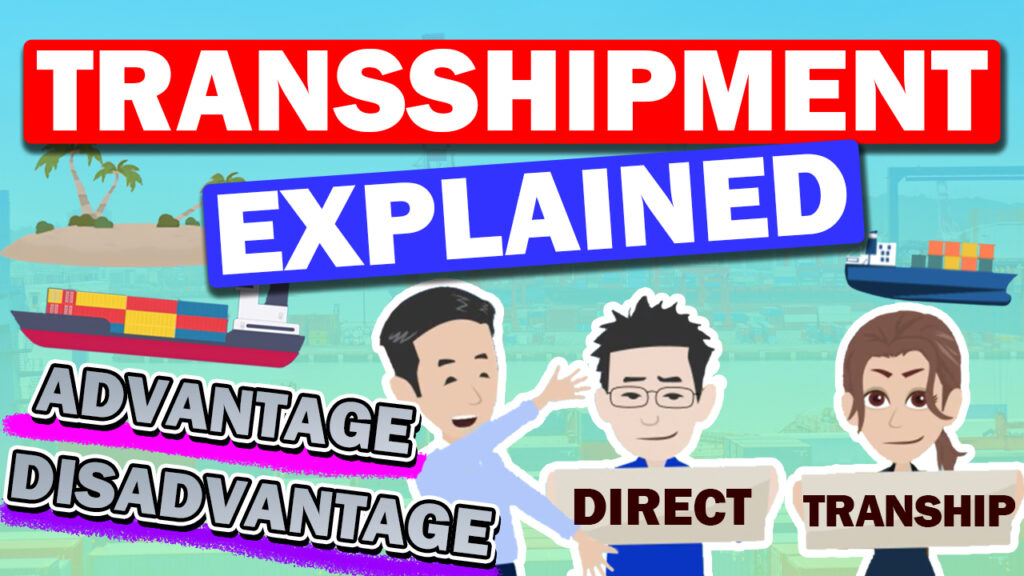 About Transshipment of Ocean Transportation!

Today, I would like to talk about transshipment of ocean transportation.

In 2021, there is a container shortage and it causes intensification of competition for containers and vessel space. In addition, the logistics schedule is not stable at all.

In some cases, we have managed to secure containers and make export arrangements, but the cargo does not arrive at the importing country easily. 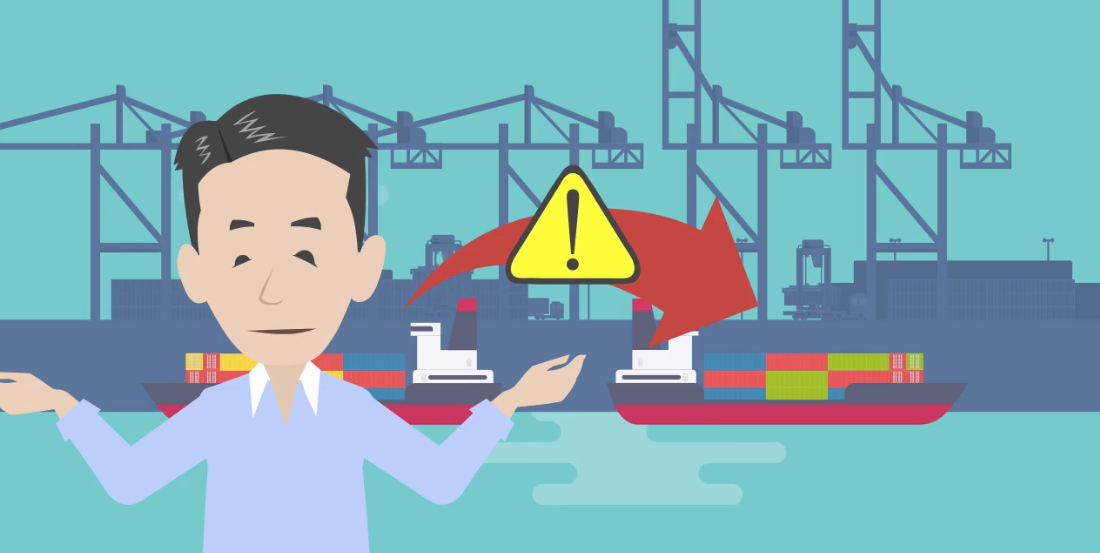 One of the reasons for the non-arrival of cargo is the problem of transship. In this video, I will explain about transship including the current status of ocean transportation.

So let’s get started. 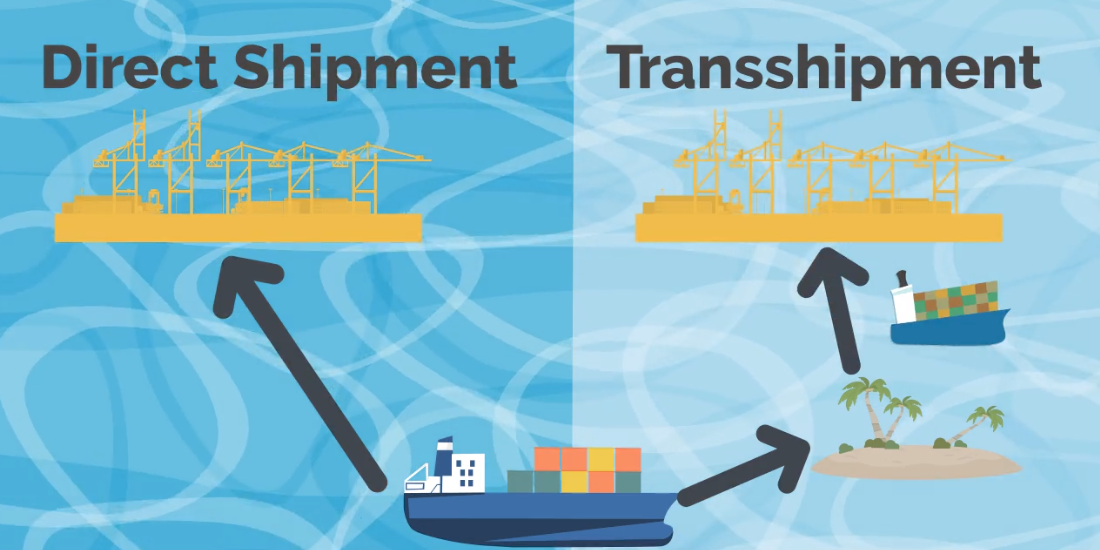 On the other hand, Transshipment is one that the cargo loaded at the exporting port is reloaded onto a different ship at a different port on the way to the importing port.

To reload on Transshipment is called transship. Depending on the ocean shipping route, there may be no Direct Shipment and transship is often necessary.

Let’s check the advantages and disadvantages of Direct Shipment and Transshipment here.

Advantage and Disadvantage of Direct Shipment and Transshipment

Advantage and Disadvantage of Direct Shipment 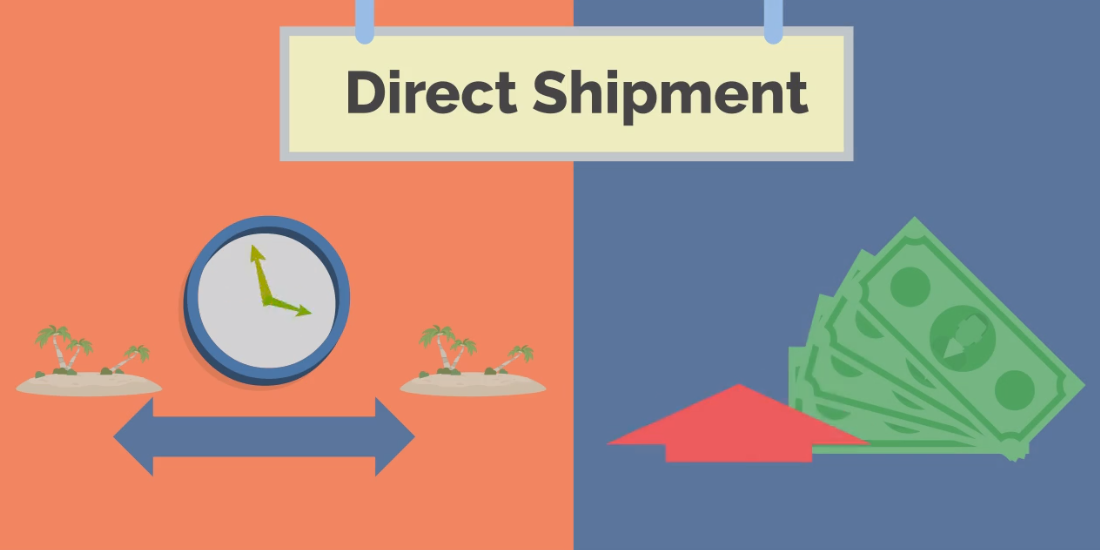 Unless there is a problem with the ship carrying the cargo, the cargo will arrive when the ship arrives.

Advantage and Disadvantage of Transshipment

On the other hand, Transshipment takes longer time than Direct Shipment which may be why ocean freight rates tend to be lower.

However, if there is a problem such as congestion at the transit point, the cargo may not be able to be reloaded on the scheduled ship and there is a possibility to wait for next ship.

Waiting for transship can cause a significant delay in the delivery schedule.

In addition, there is other disadvantage that more possibility of damage due to the increased work involved in loading and unloading the container at the transit point.

You may think that it is more advantageous to take a Direct Shipment every time. However, it is not always possible to choose freely between Direct Shipment and Transshipment.

Next, let me explain the keyword “hub port” in relation to transshipment. 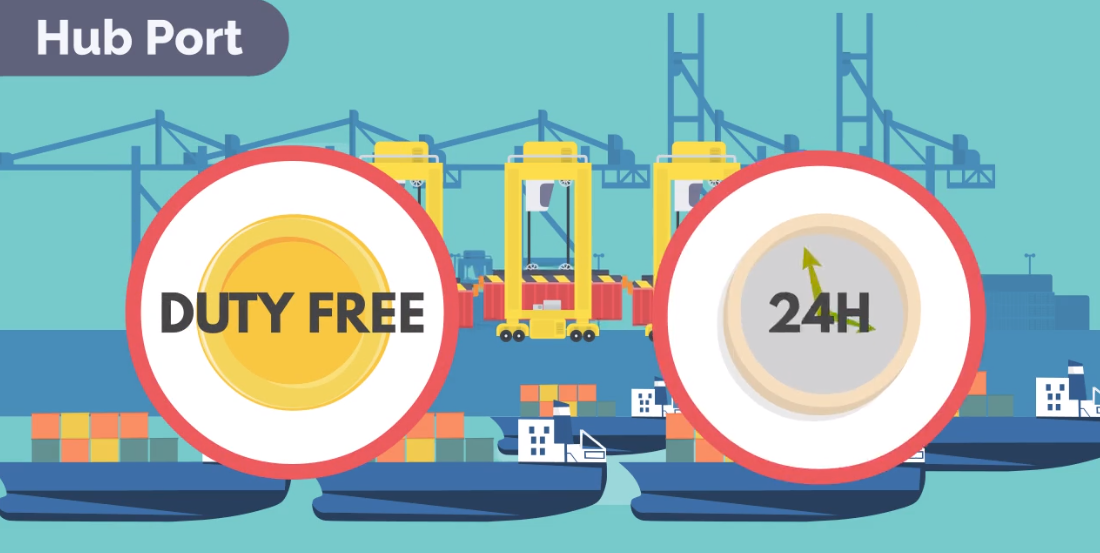 It is called Hub Port that a port where many ships are transshipped for ocean container transport.

It is designed to make it easier for ships to operate such as exemption from taxes to facilitate transshipment and operation 24 hours a day since it consolidates cargo as a base port.

Singapore as Global Hub of the World

Singapore, known as the global hub of the world, is the most famous for transship. It is estimated that Singapore is the world’s largest in handling volume of transship cargo.

In Asia, Hong Kong, Kaohsiung in Taiwan and Busan in South Korea are also commonly used for transship. 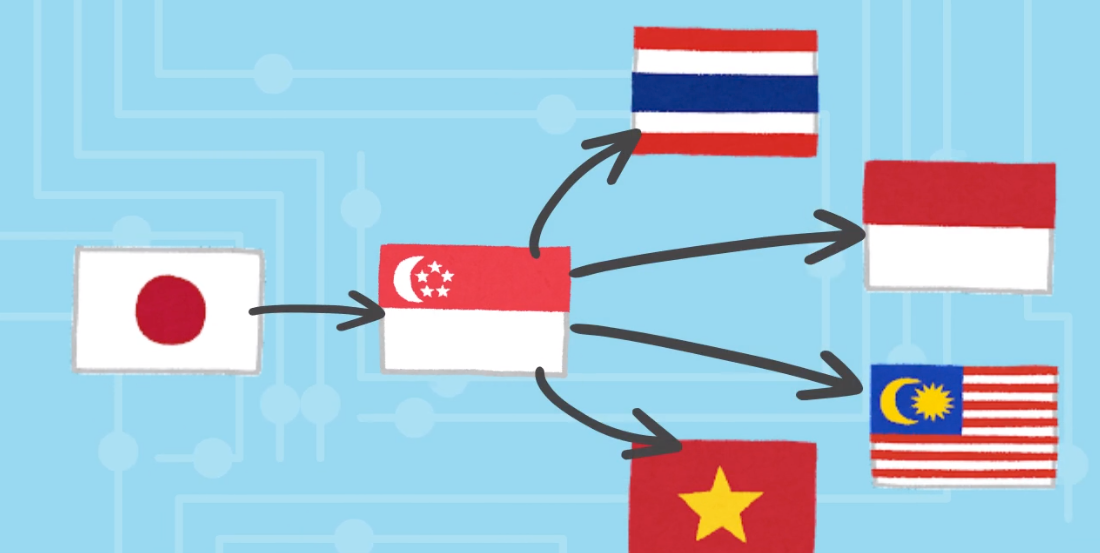 For example, if you export from Japan to Southeast Asian countries, it may go through Singapore. In addition, in case of cargo bound for regional ports in Japan, it is often shipped via Busan.

Also, cargo from Thailand to Africa is often shipped via Singapore. 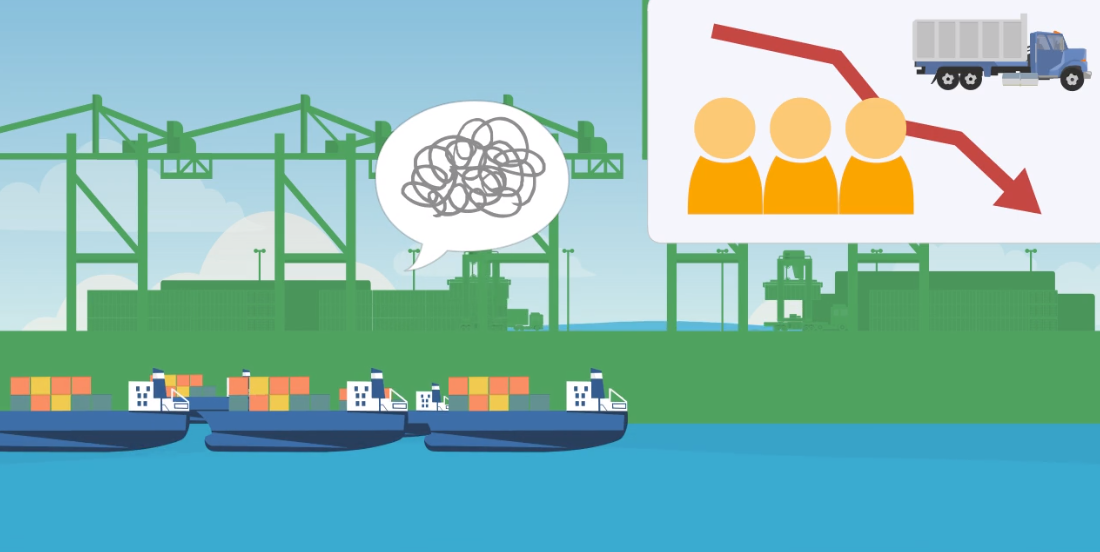 There is also a shortage of truck drivers which causes containers to be held up, and sometimes cargo cannot be unloaded as scheduled even when the vessel arrives at the port.

Even though there is only one connecting ship per week, in case that there is confusion in loading and unloading of containers, they cannot be loaded on the scheduled connecting ship.

When this happens, you have to wait until the next week or recently the week after that, for the next connecting vessel.

Even Singapore, one of the world’s hub ports, there is a heavy congestion and delays in vessel schedule, therefore, there was the news for omitting Singapore.

How To Deal With B/L in case of Transshipment

Incidentally, in the case of Transshipment, the ships that are scheduled to be loaded are typed on the B/L at the time of departure.

However, under the current situation, it is sometimes that they are not able to be loaded on the scheduled ship. 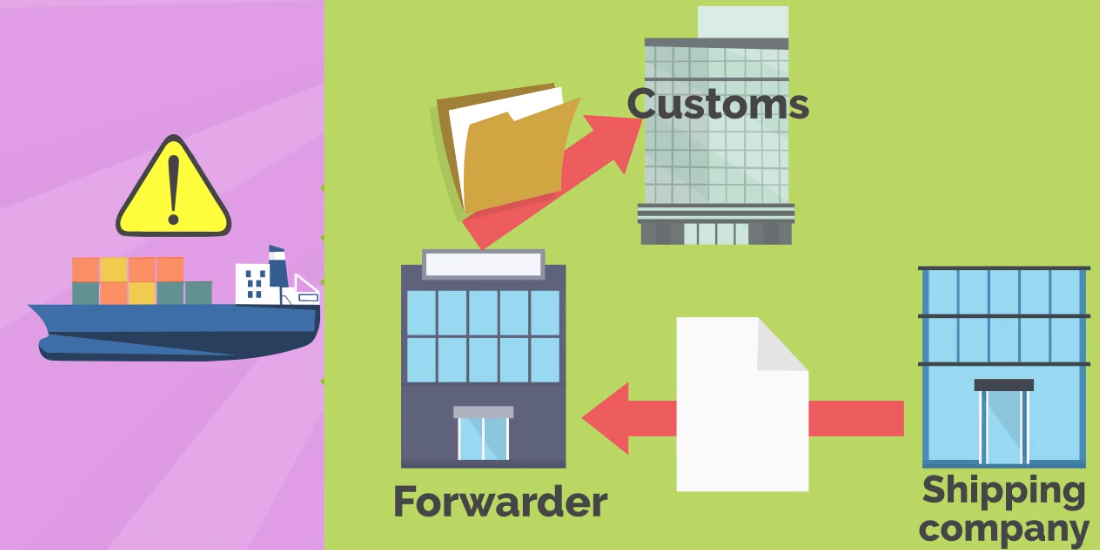 Basically, every word on the B/L should be correct, but if the name of the ship is changed due to a failure of the transship, there is no need to change the B/L.

The B/L and other documents are submitted to customs as import clearance documents. However, if there is a problem due to the difference of name of the vessel, you can deal with this matter by having a transshipment notice from the shipping company, so please keep this in mind.

In this video, I explained in detail about transship. There are two types of ships, Direct Shipment and Transshipment. If you use Transshipment, the ship will transship on the way.

Keep in mind that there is a possibility of delays and manage your cargo schedule accordingly.

I will explain the detail information about logistics in this channel, so please subscribe it after watching this video.